You know what they always say: New year, new awards season. Well, maybe no one says that — but, regardless, it’s a true statement. The Golden Globes are right around the corner as the first taste of 2019’s major award ceremonies for entertainment. While that means recognizing the talent of actors in TV and film, it also means some bomb AF looks to gasp over during the Golden Globes red carpet pre-show. But to do that, you’ll need to know what time to tune in for all the sickening (in the best way, that is) certified lewks.

Get the popcorn ready, y’all. Extra butter required. Here’s all the info you’ll need to tune into the star-studded show on time.

It goes without saying that you’ll definitely want to watch the 2019 Golden Globes red carpet on Sunday, Jan. 6 so you can chat style around the water cooler on Monday. But what time should you tune in to the big show’s pre-show to see all the jaw-dropping fashion moments? Well, E!’s coverage of the Golden Globes red carpet begins at 4 p.m. ET/ 1 p.m. PT with with the aptly named E! Countdown to the Red Carpet: The 2019 Golden Globe Awards. The network is the official provider of the award show’s red carpet coverage, so this timing is as legit as it gets.

But, truth be told, E! Countdown to the Red Carpet: The 2019 Golden Globe Awards is actually the pre-show to the pre-show, with Ryan Seacrest and Giuliana Rancic signing on at 6 p.m. ET/ 3 p.m. PT for E! Live From the Red Carpet. Yes, that’s right. The Golden Globes will be such an event that even the red carpet has a two hour intro. 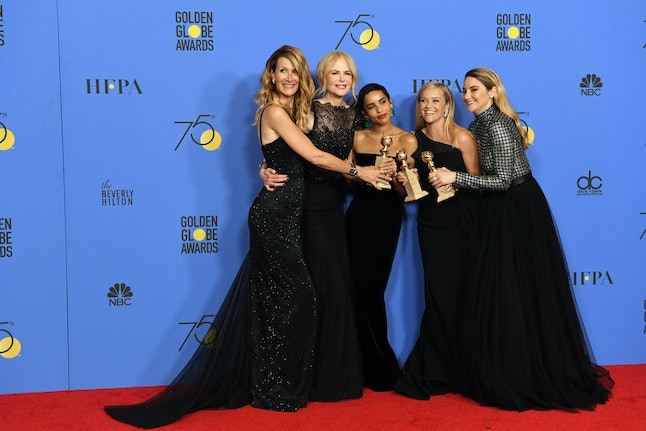 All this pre-show nonsense means you’ll have a long time to catch every single celebrity look with E!. While the actual 2019 Golden Globes broadcast airs at 8 p.m. ET/5 p.m. PT on NBC, you’ll have a whopping four hours of red carpet bliss prior to the official start. What time you turn on your TV just depends on if you want to geek out like a superfan four hours early, or join the party two hours later when the red carpet becomes flooded with shining stars in gorgeous gowns. It’s your call, fashionista. 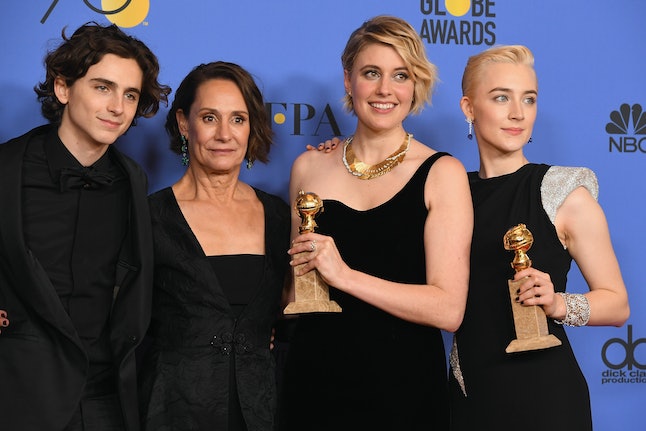 By the way, if you don’t own a TV or have cable because you’re a millennial, you can also catch all the looks by streaming via eonline.com. Not only that, but you can also stream the red carpet via Sling TV, Hulu Live TV, YouTube, NBC.com, or the NBC app. That’s some serious options.

Or, you know, just refresh Twitter and Instagram every 40 seconds and create your own live show complete with your own commentary in the comfort of your own home. No one will know, and I’ll never tell.