No, you’re not dreaming, and, no, this isn’t a spoof. This was the bonkers reality of It’s A Royal Knockout – one of the maddest days in the history of the Royal Family. 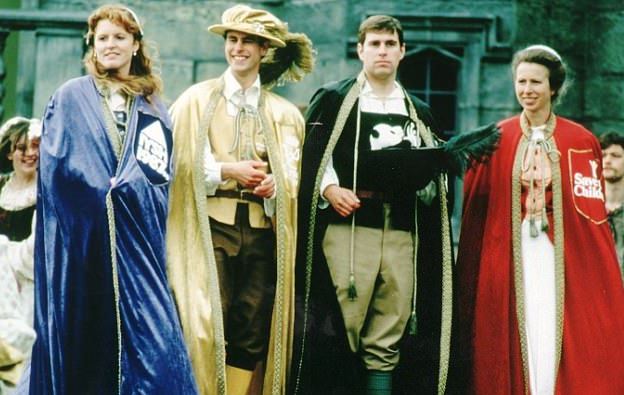 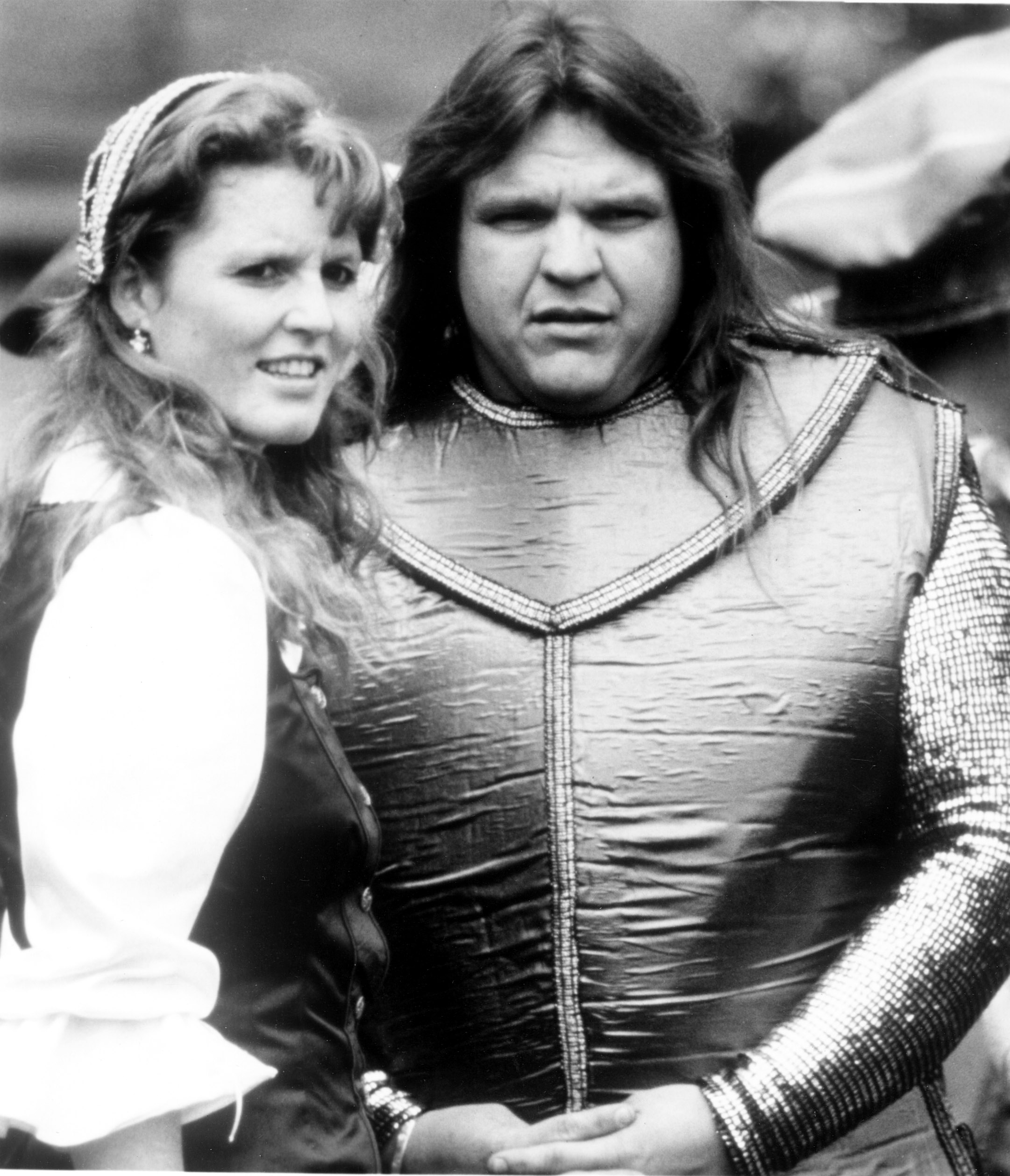 The royal spin-off saw four teams of celebrities, including John Travolta, Gary Lineker and Tom Jones, go head-to-head in a series of comical obstacle races while dressed in wacky costumes.

Each team was headed up by a non-participating royal captain.

The show – which saw 18 million people tune in to watch celebs chuck ham and custard pies at each other – was panned, though it did help raise over £1million for charity.

But it's since been branded "excruciating" and the "lowest day" in the history of the Royal Family.

Here we look back at the impact of showbiz-obsessed Prince Edward's cringeworthy vanity project. 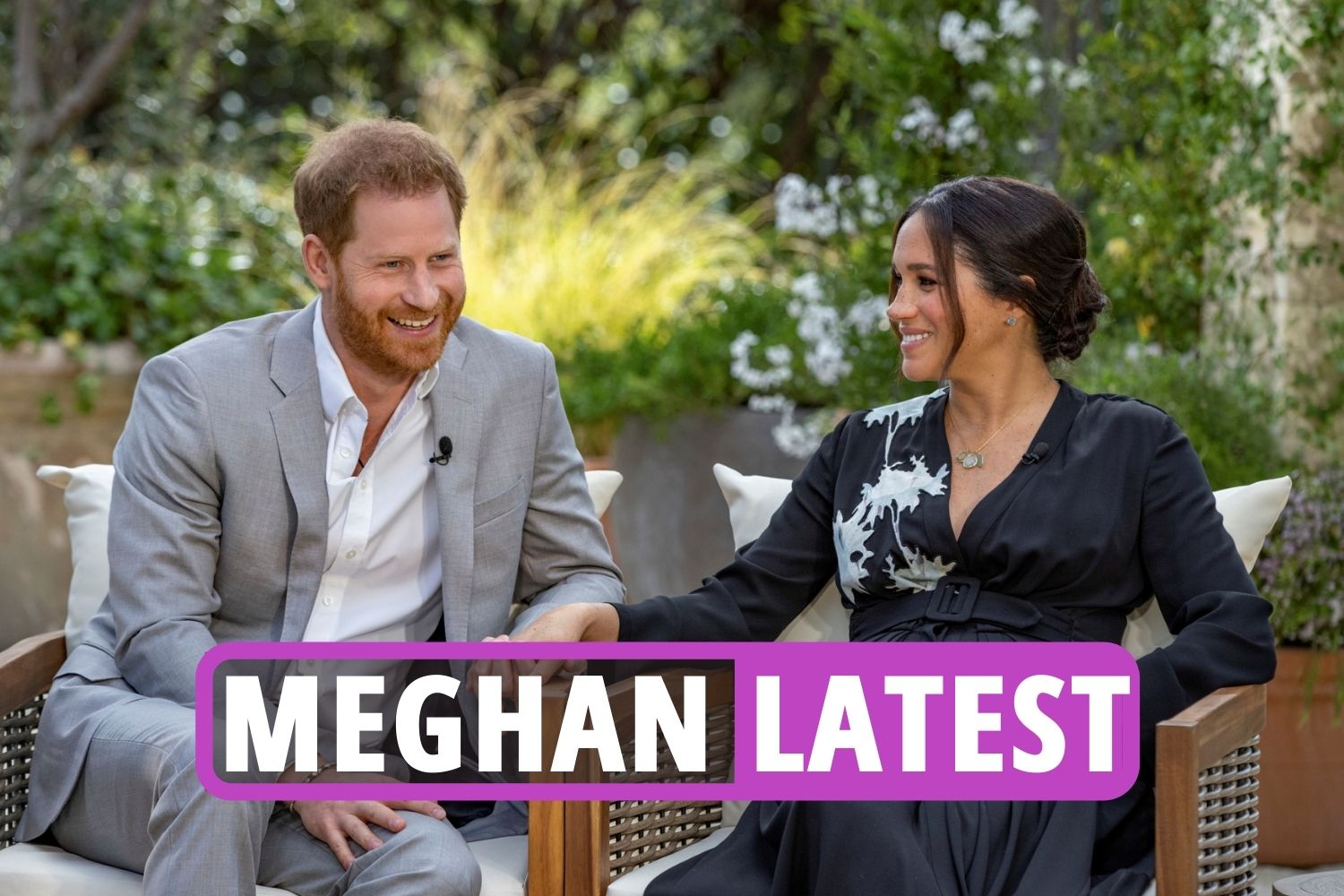 FIT FOR A KING

Inside 'forgotten castle' that may become Will & Kate's new family home 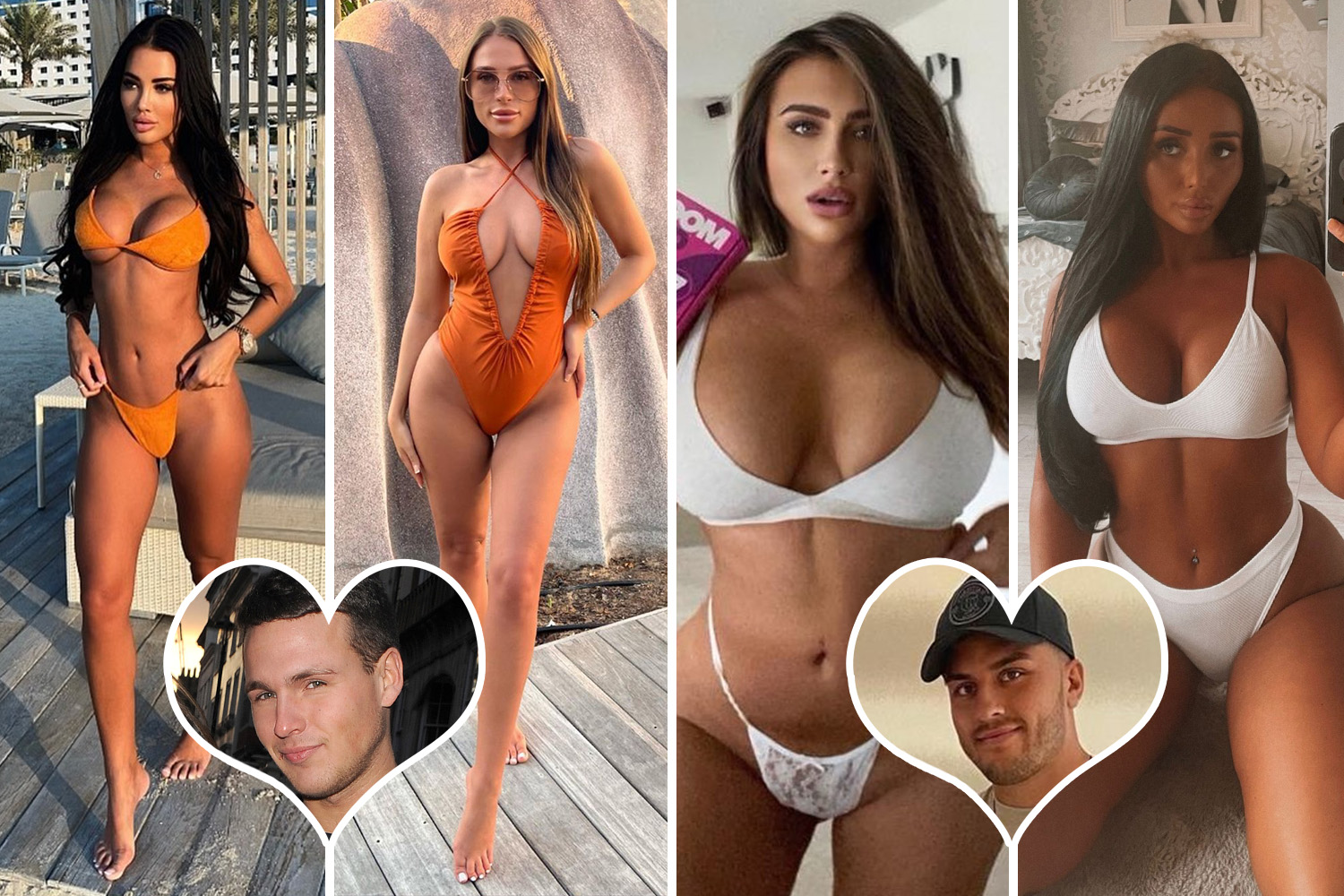 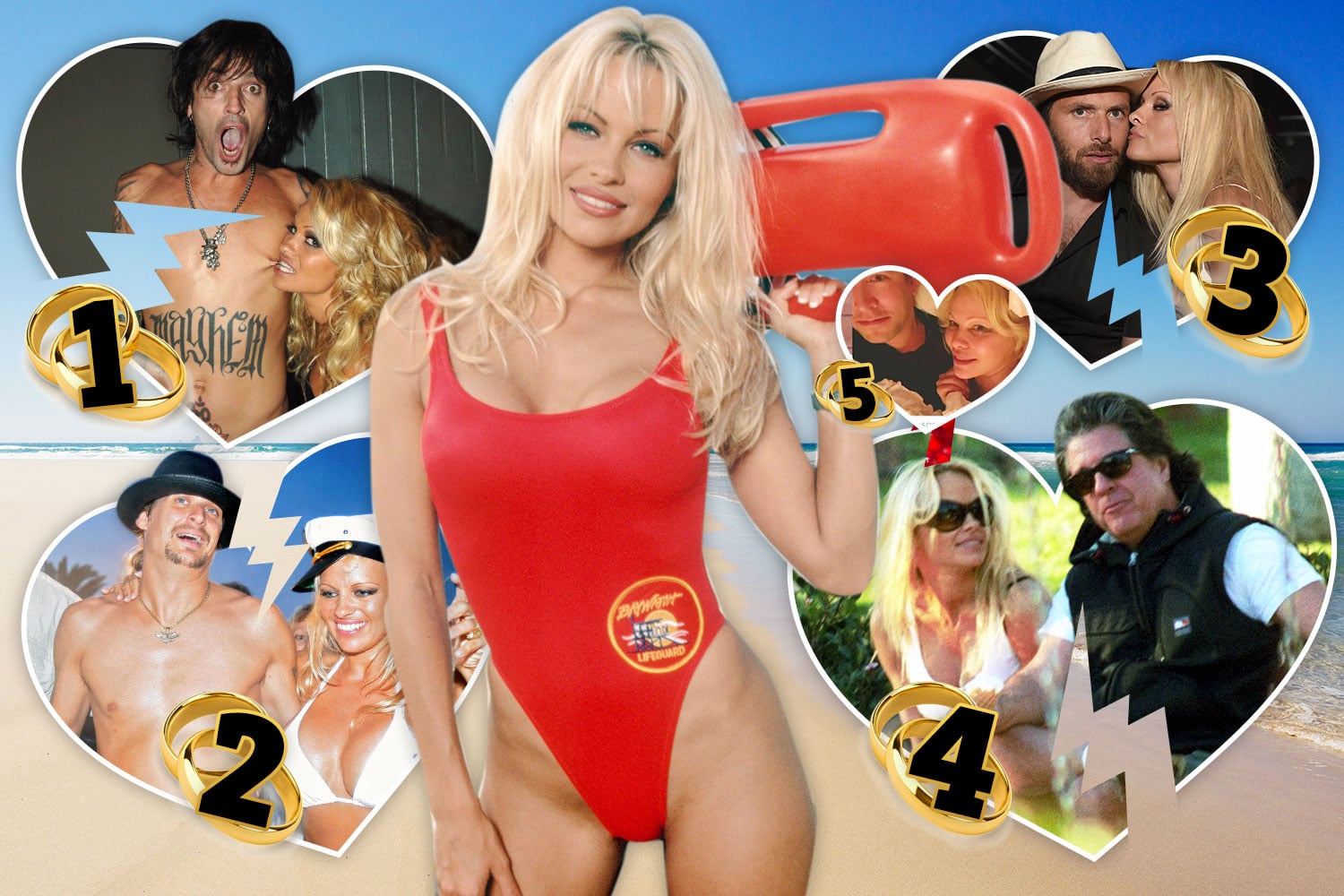 The show, filmed in the grounds of Alton Towers, was thought up by the Queen's youngest son.

Edward, then 23, dreamed of launching a TV career and had already set up his own production company.

He said in 1987: "I love the razzmatazz of show business. It's a wonderful world of fantasy and make-believe."

Edward hoped the flagship charity special would be good PR, but his hopes were dashed when the show was ridiculed.

At a press conference after the it aired, Edward received a lukewarm reception from assembled journalists. and apparently flounced out in a fit of rage, his TV ambitions in tatters. 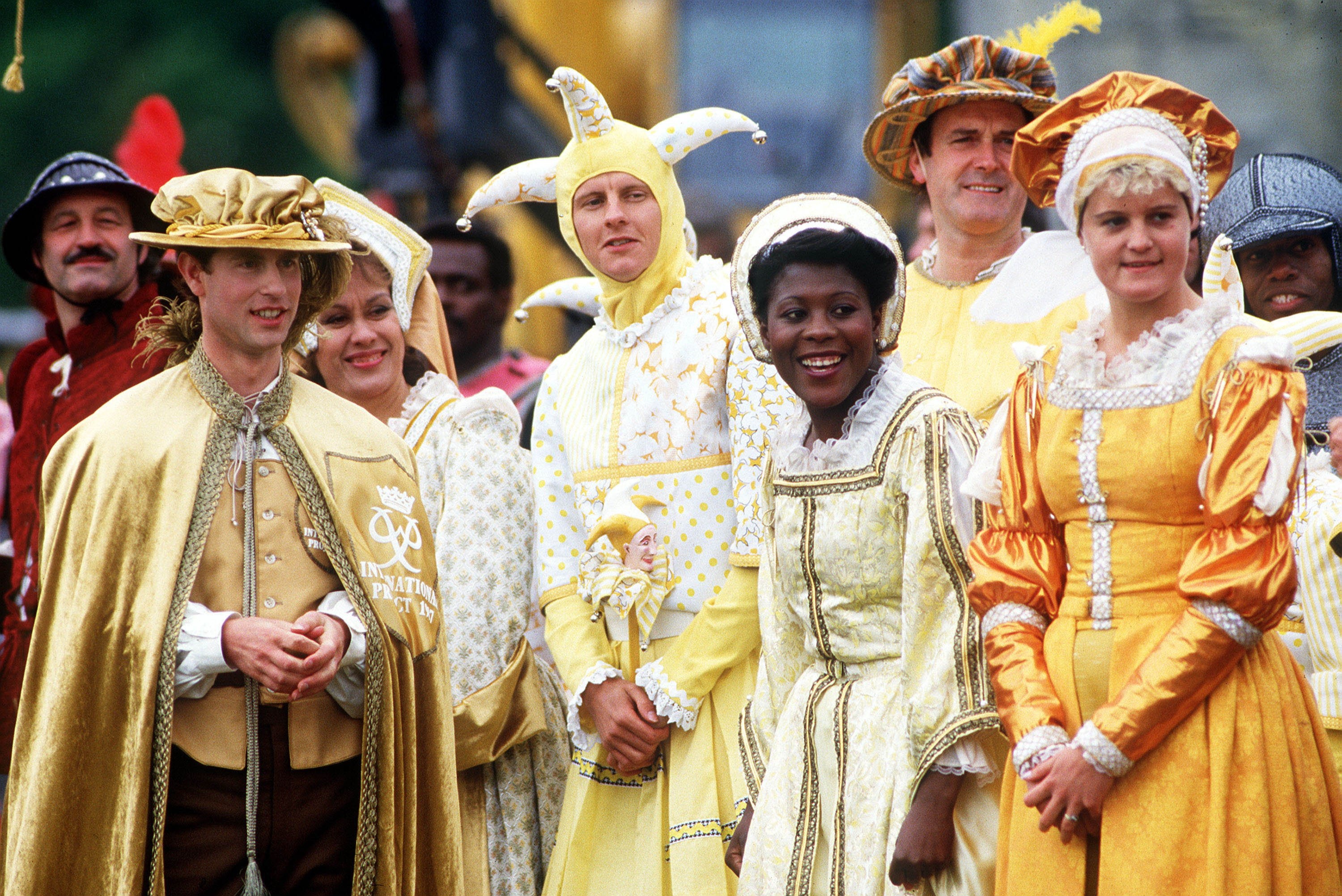 According to royal expert Ben Pimlott, Her Majesty and Prince Philip weren't struck on the idea from the off, while Prince Charles and Princess Diana steered well clear.

The Duke of Edinburgh reportedly told a BBC executive: "Why doesn't Edward let the TV people get on with it and just turn up to accept the cheques? He's making us look foolish."

Writing in his 1996 biography The Queen, Ben claimed a royal source described the doomed PR stunt as “a terrible mistake" which the monarch made sure she wasn't involved in.

“[The Queen] was against it,” the insider said. “But one of her faults is that she can't say no.”

Another source added: “There was not a single courtier who did not think it was a mistake.”

Ben described the TV show as “excruciating” and a "turning point" for the royals because it “made the public stunningly aware that a sense of decorum was not an automatic quality in the Royal Family”. 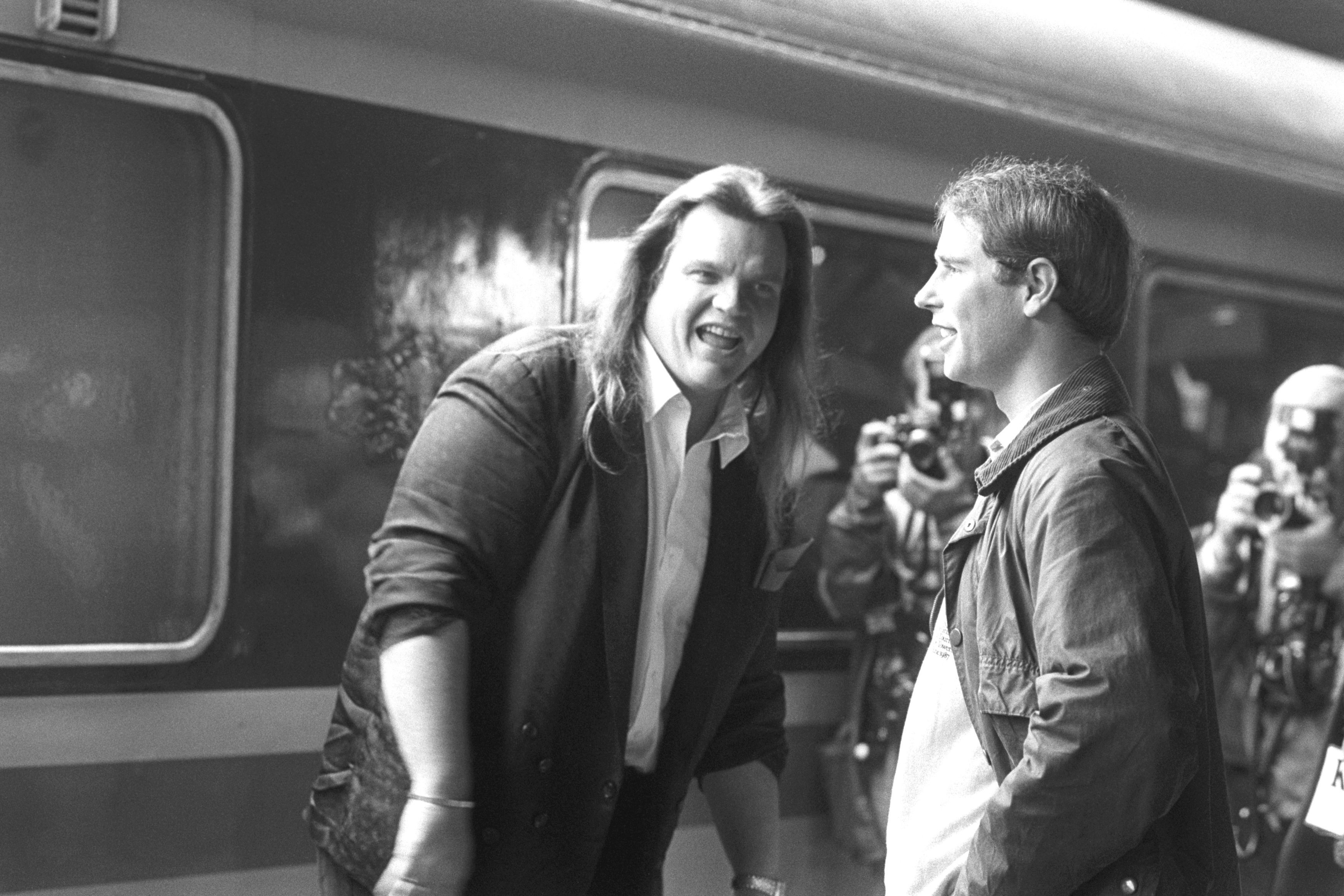 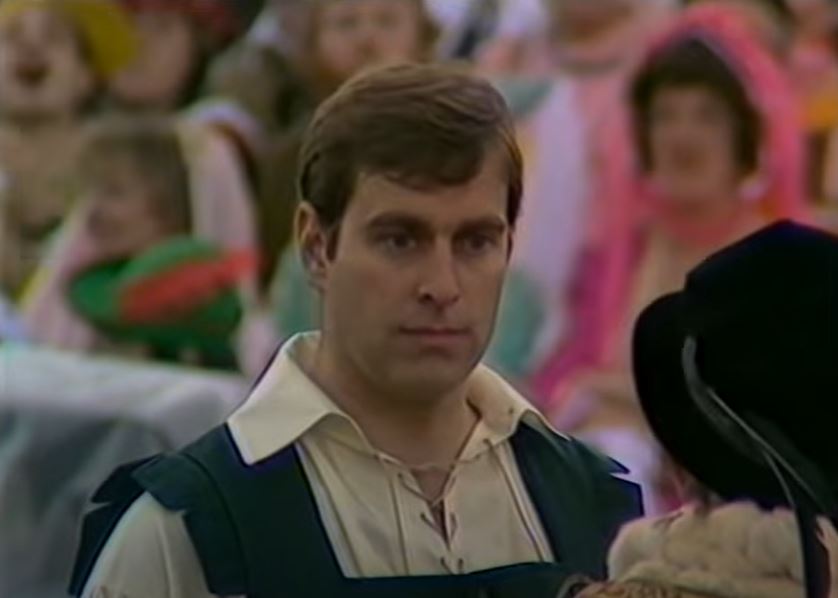 Meat Loaf was one of the famous competitors, but the Bat Out of Hell singer found himself in the middle of an unexpected royal rumble on set.

He claimed Prince Andrew tried to push him in a moat because he was jealous that wife Sarah Ferguson had taken a shine to him.

Meat Loaf, dressed in a fake suit of armour, responded by grabbing the Duke, who reportedly moaned: “You can’t touch me. I’m royal.”

Meatloaf later claimed the Queen “hated” him ever since.

“It was great fun,” Meat Loaf told the Guardian in 2003, speaking about his appearance on It’s A Royal Knockout. “I had a great time.

“Fergie wasn't exactly flirting with me, but she was paying attention to me, and I think Andrew got a little – I could be wrong, I'm just reading into this – I think he got a little jealous.”

Not only did Andrew suffer the indignity of a spat with Meat Loaf that day, but he was also beaten in the competition by his sister Anne.

The Olympic medallist won the day, helped by her teammates – racing driver Jackie Stewart and singer Tom Jones among others.

During the tournament, some celebrities suffered embarrassing moments of their own.

Tessa Sanderson threw a javelin at John Travolta, while Tom Jones struggled to climb up a ladder.

And former broadcaster Stuart Hall – who presented It's a Knockout and the one-off Grand Knockout Tournament – was knocked off his feet when Prince Andrew accidentally set off a cannon early, singeing his eyebrows.

He said: "Another two feet closer to the camera and he would have blown my bloody head off. I was sent flying. But that was part of the day."

Hall, who worked for BBC Radio 5 live, was imprisoned in 2013 for sexual abuse.

It’s A Royal Knockout proved to be a watershed moment for the royals.

It marked the point at which the Queen’s children stepped into the limelight and tried to modernise the family’s stuffy image.

Well meaning as it may have been, it backfired, with the show opening up the Firm to mockery, making it harder for royals to hide behind the shroud of dignity and grace it had cultivated over centuries.

Commentators have suggested the merging of royalty with show business was the harbinger of the royal troubles that followed.

Royal biographer Philip Ziegler said: "It would surely have been possible for [the Queen] to take a stronger line over such an ill-judged enterprise as the It's A Royal Knockout on television?

"Perhaps the full horror of this extravaganza did not become apparent until it was too late; if so, the Queen was remarkably ill-informed.

"Someone should have warned her what was about to happen so that she could have taken steps to stop it, or at least moderate its excesses."

The eroding of the royals’ carefully crafted image meant some found it harder to justify their public funding and lavish lifestyle.

Royal correspondent James Whitaker said: "That was the start of the high-profile thing that started everyone thinking, 'Who are these appalling people?'"

Don’t hold your breath for a modern day sequel… no matter how desperate Harry and Meghan might be to raise their profile. 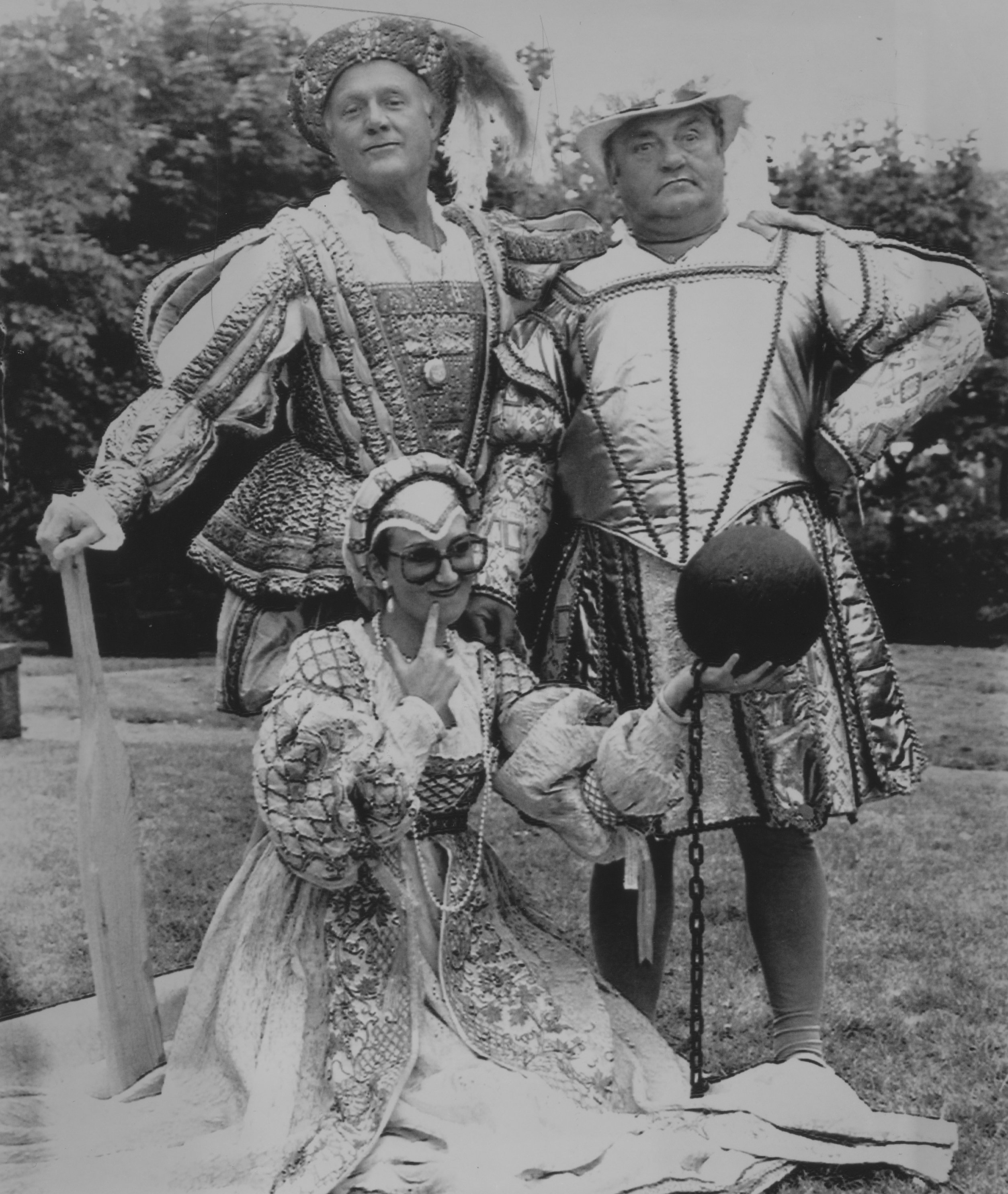 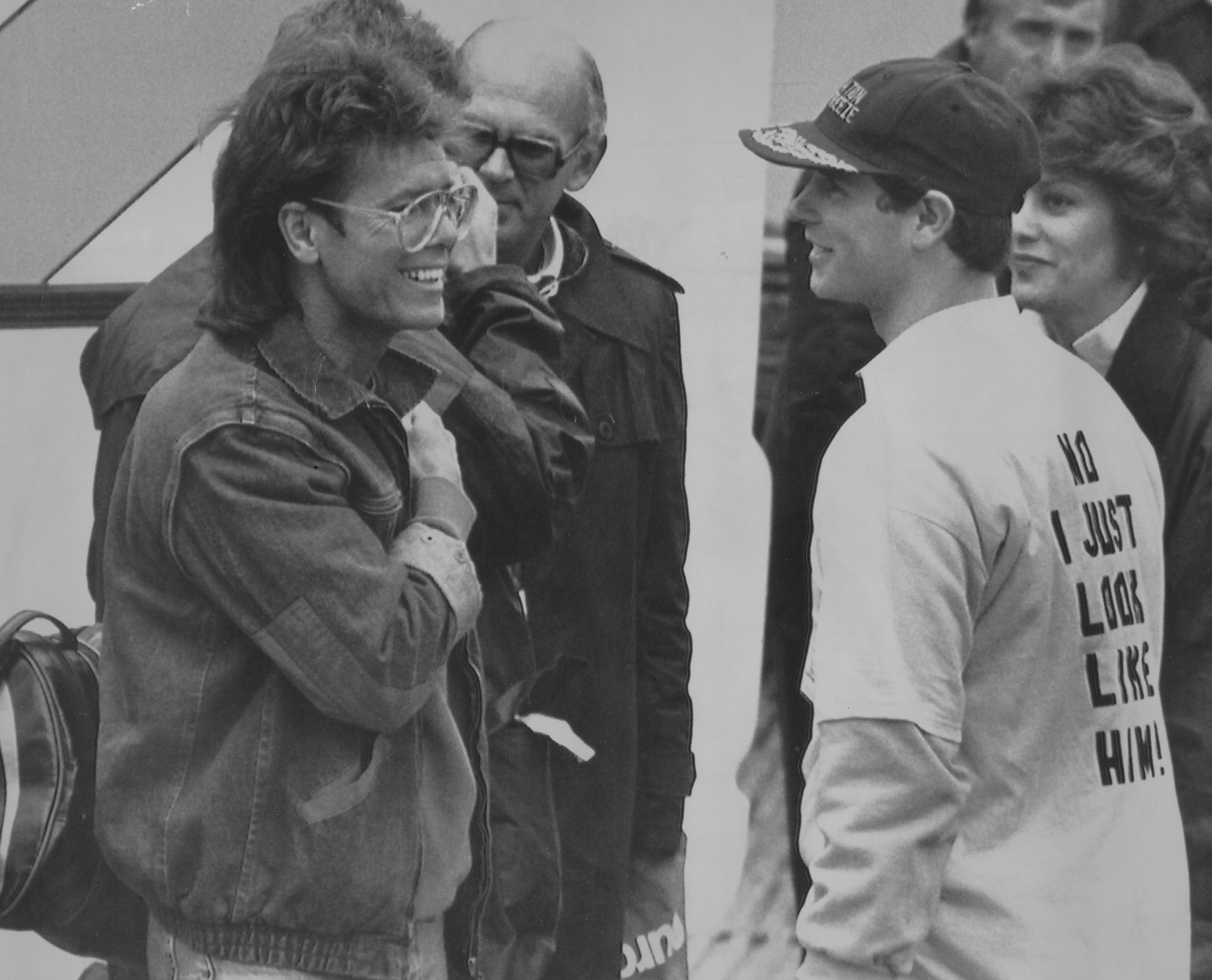 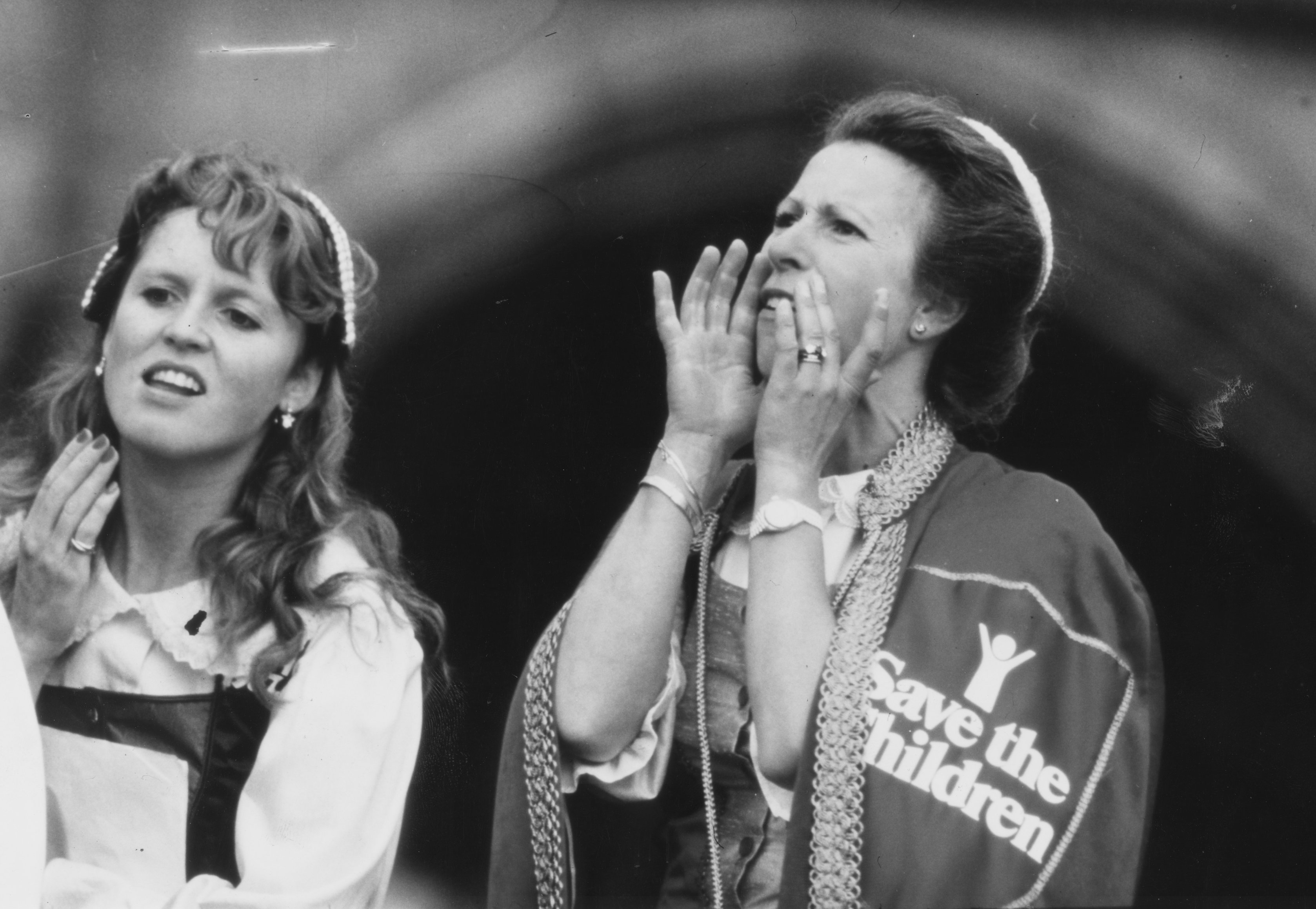