A WOMAN told how she became a nun and started a multi-million pound drugs empire after her bigamist husband left her a single mum to their children.

Raised a Catholic, Christine Meeusen, 59, worked as a business analyst in Georgia, USA.

Falling in love with a divorced man, she had three children and was happy – living in Amsterdam in the Netherlands.

But in 2005 disaster struck when she learnt her $1 million dollar savings had vanished – and her husband had taken them.

She then uncovered further deception when she uncovered a filing cabinet in their garage which revealed her husband had never got divorced – and was still married to his first wife.

Now, following a series of shocking life decisions, she lives as a nun in  California and has a drugs empire worth an astonishing $5 million, she told the Mirror. 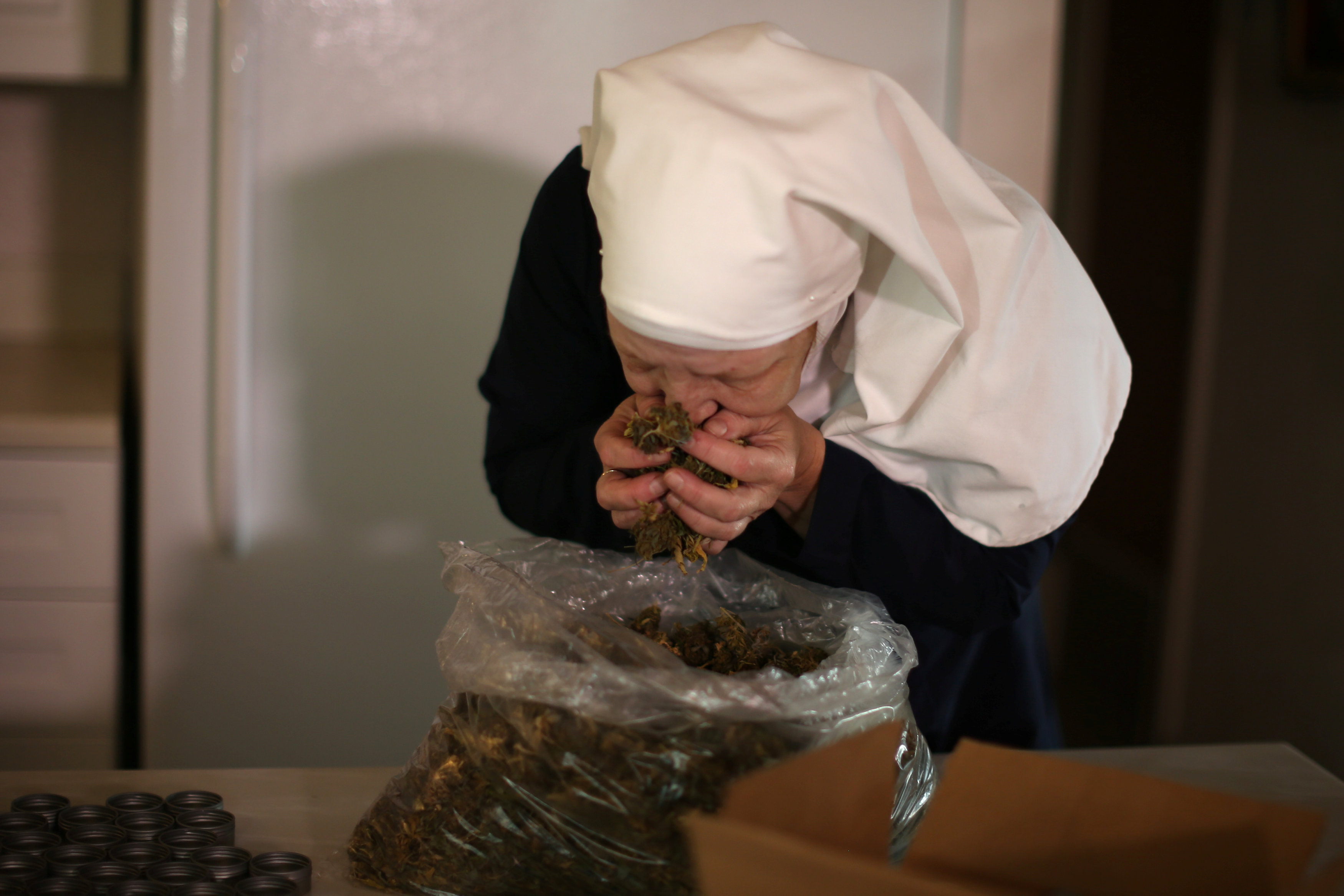 "It felt good getting rid of Christine and becoming Sister Kate," she explained to the paper.

"I donned the nun’s habit for real and founded the Sisters Of The Valley.

My dream was to empower women like myself, who’d had a rough path in life, to run their own business – producing medicinal cannabis oil to help the sick."

Sister Kate told how – after being betrayed by her husband – she fled to California with her children where she would do people's taxes in return for chickens which she would kill to eat. 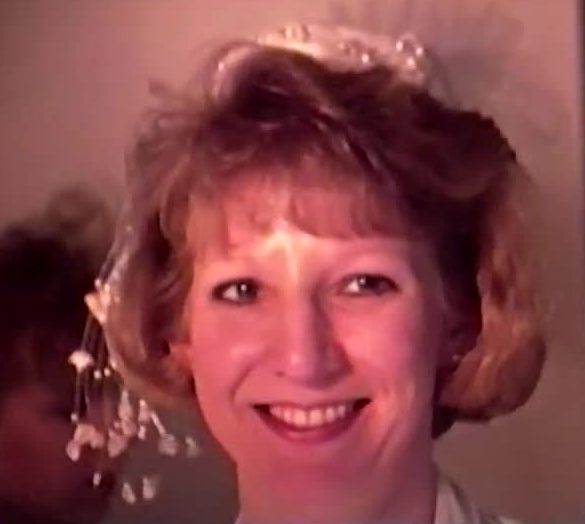 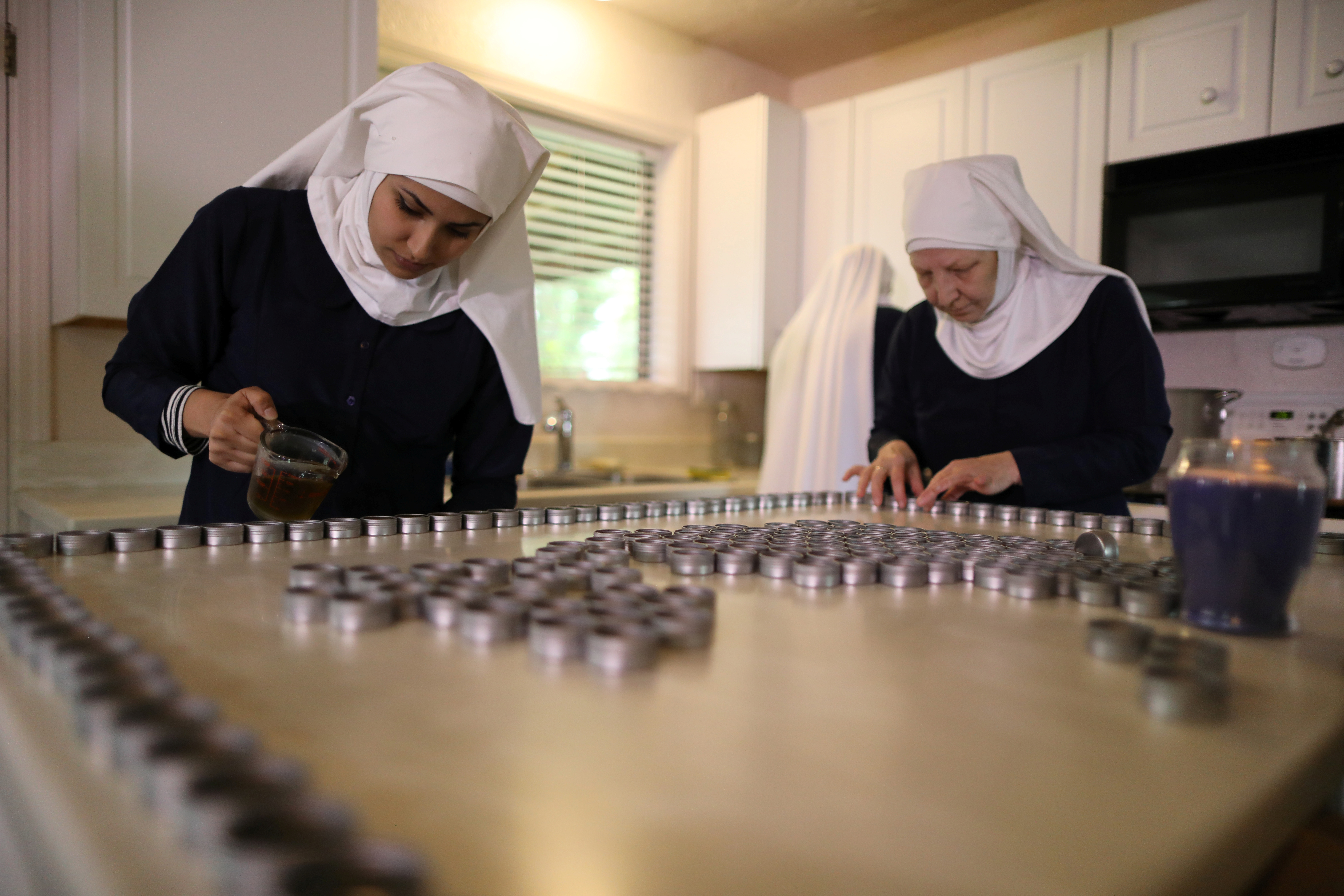 She then opted to to grow cannabis as California law dictates you can grow a limited number of plants for personal use.

It was around this time she began to become interested in social welfare, calling herself Sister Occupy on political marches.

So she decided to start her own religion – the Sisters of the Valley.

Now, calling her self Sister Kate, she produced cannabis oil to sell around the world.

In the Breaking Habits film she advocated the use of cannabis for treating illness such as epilepsy.

"It’s a wonderfully healing plant, gradually the world is starting to open up to the idea of cannabis as medicine, rather than treating it as a dangerous drug," she said.

In more news a woman who left the Child of God cult revealed her fascinating story.

Meanwhile a brother and sister revealed what it was like to grow up in a cult after their parents married as strangers in a mass wedding.