But when she took Giovanna to the doctor there was far worse news in store, as her "baby bump" was in fact a 10kg tumour. 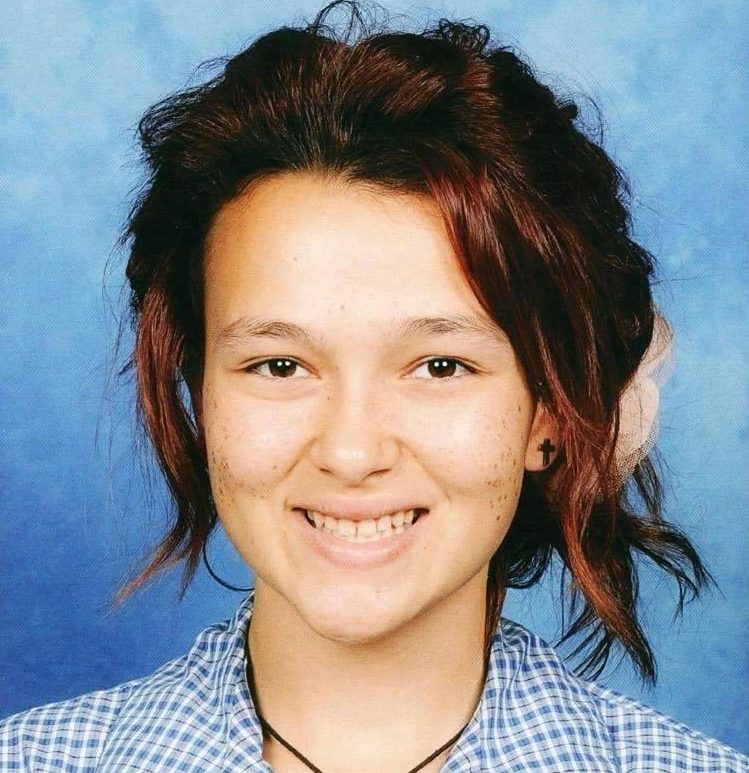 Following her operation in May 2012, the teenager was diagnosed with ovarian cancer. Now Angela, from Mildura, Australia, is eternally tormented by the feeling she should have spotted the warning signs earlier.

My sweet, bubbly girl. A typical teen, your hair had to be perfect, or there’d be hell to pay! 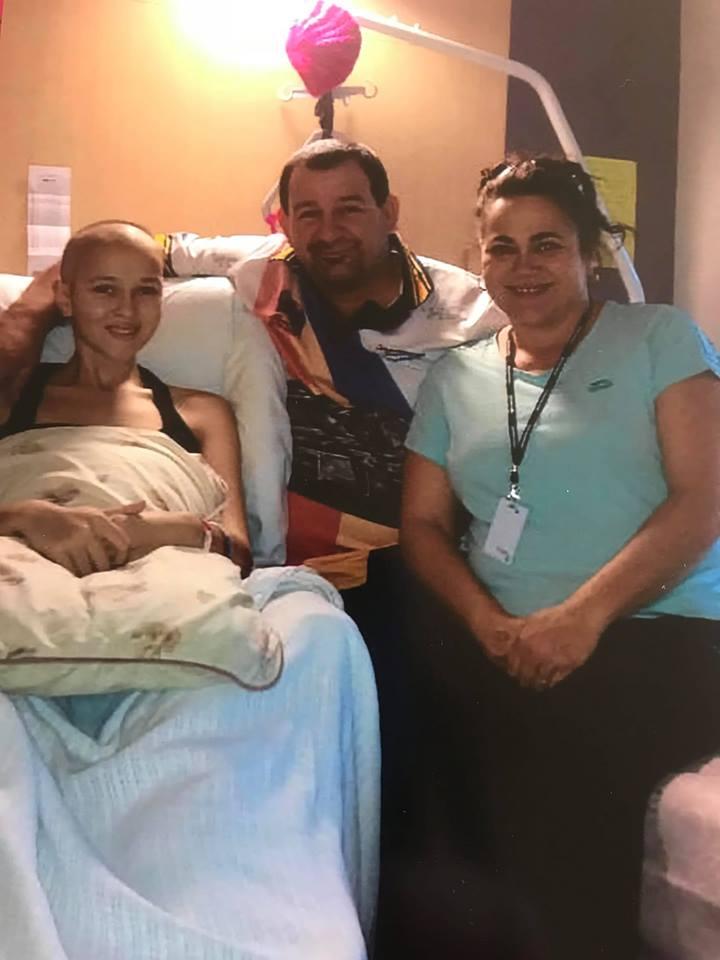 But even at 14 you were so generous, Giovanna. Your dad, Fred, and I had always taught you and your little brother, Nando, then 12, to be kind and that there was no greater gift than to give.

That Christmas, you loved picking the perfect pressie for your loved ones. “You’re right, Mum – it is better to give than receive,” you told me.

Then the following May, I was waiting for you to finish netball training when your coach came over.

“Is Giovanna pregnant?” she asked, awkwardly.

What the hell? She’s only a kid! I fumed inwardly.

Watching you on the court though, your belly did jut out noticeably under your top.

You’d always had a little pot belly. But you’d been so tired recently too. I’d put it down to you being busy at school. 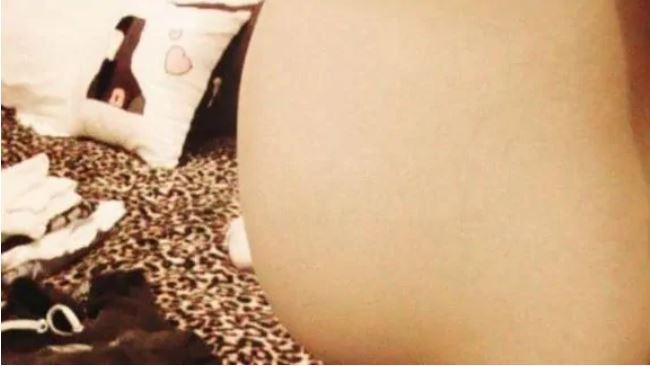 You were my world, Giovanna. How could I not have noticed?

“Darling, can Mummy feel your belly?” I asked gently that night.

Putting my hands on your stomach, it felt like a five-month baby bump and hard as a rock.

Could you really be pregnant? I fretted, imagining the worst. What if you’d been molested?

You were getting upset and I didn’t want to overwhelm you. “We’ll go to the doctor tomorrow,” I soothed.

The next day, I quietly asked the GP to do a pregnancy test, then we were sent straight for an ultrasound.

As the wand slid over your belly, the sonographer looked worried.

“I need you to go to hospital now – there’s a growth on her ovary the size of a football,” he said. 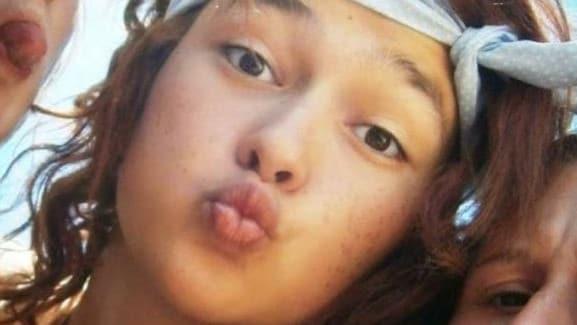 “Everything will be fine,” I told you, playing it down.

A specialist said it looked like a cyst. Still, they ran tests to be sure.

When I was cooking dinner a few nights later, a doctor rang.

At hospital, you were rushed into theatre where a 10kg tumour and one of your ovaries was removed.

Afterwards, it was like you’d delivered a baby. An angry scar like a C-section ran along your pubic bone and your stomach was flat.

You were rapt with your trim tum, Giovanna! We were just as happy when we were allowed to take you home a week later.

It was short-lived though. Two days later, you were diagnosed with ovarian cancer. 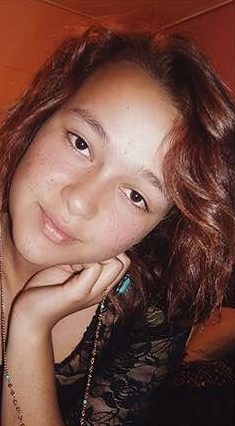 “Six rounds of chemo and you’ll be back playing netball,” your oncologist said.

You turned 15 a few weeks later, my precious girl. That same day, you had your first round of chemo.

A fortnight after that, we threw you a birthday party with all your friends. You were so weak but pushed through, and in your little black dress you looked gorgeous.

“That was the best night of my life!” you exclaimed.

Your face shone with happiness, darling. How I wished I could freeze that moment.

Two weeks later, you were rushed back to hospital in agony. Terrifyingly, your belly started growing again too.

You had another round of chemo, but your “bump” continued to swell until it looked like you were nine months pregnant.

I even had to buy you a pair of size-20 pyjama pants. 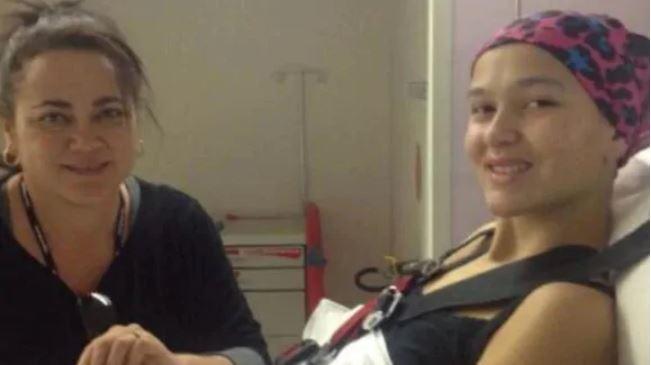 Despite it all, you were still thinking of others. “We will darling, but you need to get better first,” I said.

After two horrifying weeks and another round of chemo, doctors sat your dad and I down.

“Giovanna’s organs are shutting down,” we were told.

There was nothing they could do to save you, darling. And we didn’t have weeks or months left with you. Just days.

Dad and I were crushed, but we put on a brave face for you. The word “dying” was banned – we didn’t want you to be scared.

The next day, you were sedated to ease your pain. Getting into bed with you, I wrapped my arms around you and fell asleep.

In the morning, Dad took my place, then your little brother snuggled up with you. 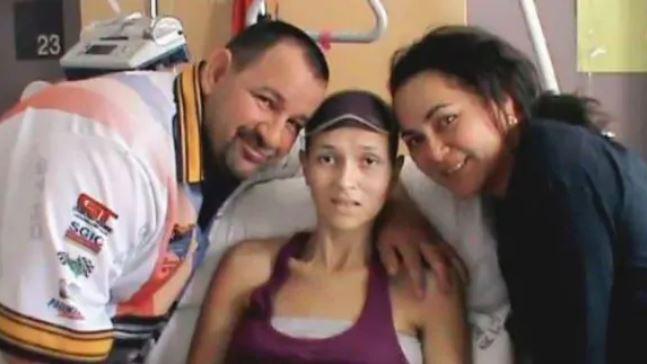 Ovarian cancer affects the ovaries, which are a small pair of organs located in the female pelvic cavity.

They are an important part of the female reproductive system as they connect to the womb and store eggs.

If you have ovarian cancer, cells in or around your ovaries start to grow abnormally which can lead to tumours.

Ovarian cancer may affect one or both of your ovaries, and there are several types that can affect women of all ages.

Many symptoms of ovarian cancer are hard to recognise as they are similar to conditions such as irritable bowel syndrome (IBS).

Others have mistakenly thought that the swelling is a result of pregnancy.

Things to look out for include:

“Go darling, fly with the angels,” I sobbed as you took your last breath just after midday.

It was so peaceful, Giovanna. But losing you, my baby, shattered my heart. It was less than three months since you’d been diagnosed.

It was you who inspired me to carry on though. With your voice guiding me, just months after you passed, I started a charity called Giovanna’s Gift.

Six years on we’ve raised more than £27,518 ($50,000) for ovarian cancer research and Ronald McDonald House, just like you’d wanted. There’s even a room named in your honour. 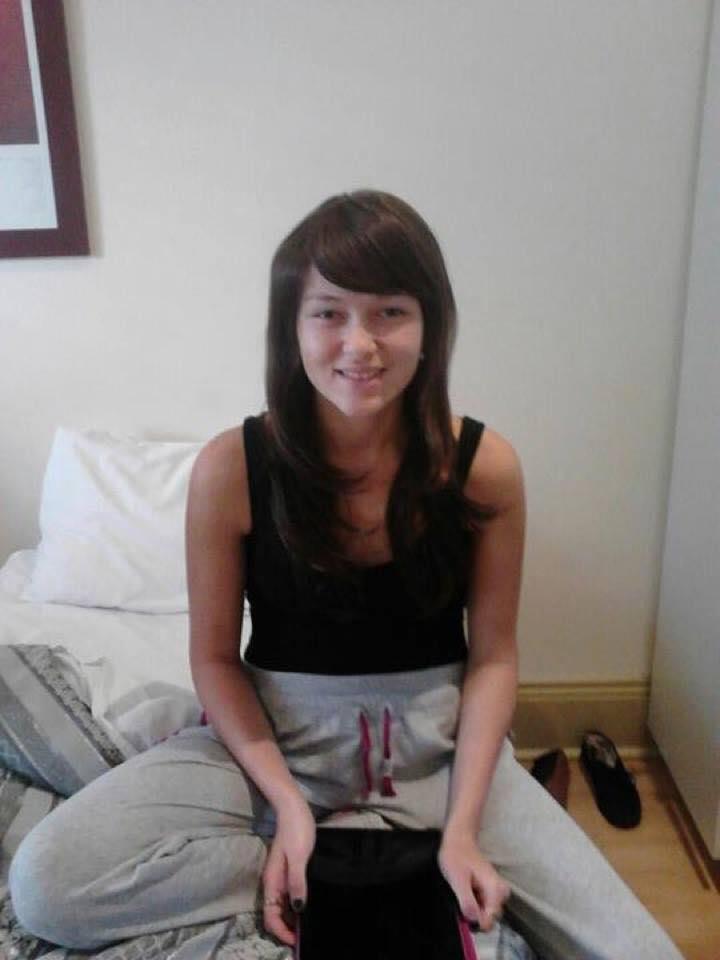 You were taken from me too early, beautiful girl. But I know you’d want me to share your story to spare other families our pain.

Ovarian cancer is known as the silent killer. If we’d known the signs and detected it earlier, we might have been able to save you.

You will always be my greatest gift, Giovanna.

With all my love,

Do you know Britain's best mum?

Click HERE to enter her in our Fabulous Mum of the Year competition for a chance to win a two-night spa break at Champneys worth £1,000 and a glossy magazine photoshoot.

This article originally appeared on Kidspot and was reproduced on News.com.au with permission.

One in five ovarian cancer patients are diagnosed too late – here are the signs you need to know.

Meanwhile British women "wait longer for ovarian cancer diagnosis than MANY other countries".