A WOMAN was so bored of her beige kitchen she decided to give it a makeover by painting everything – and she even made her own stencil. 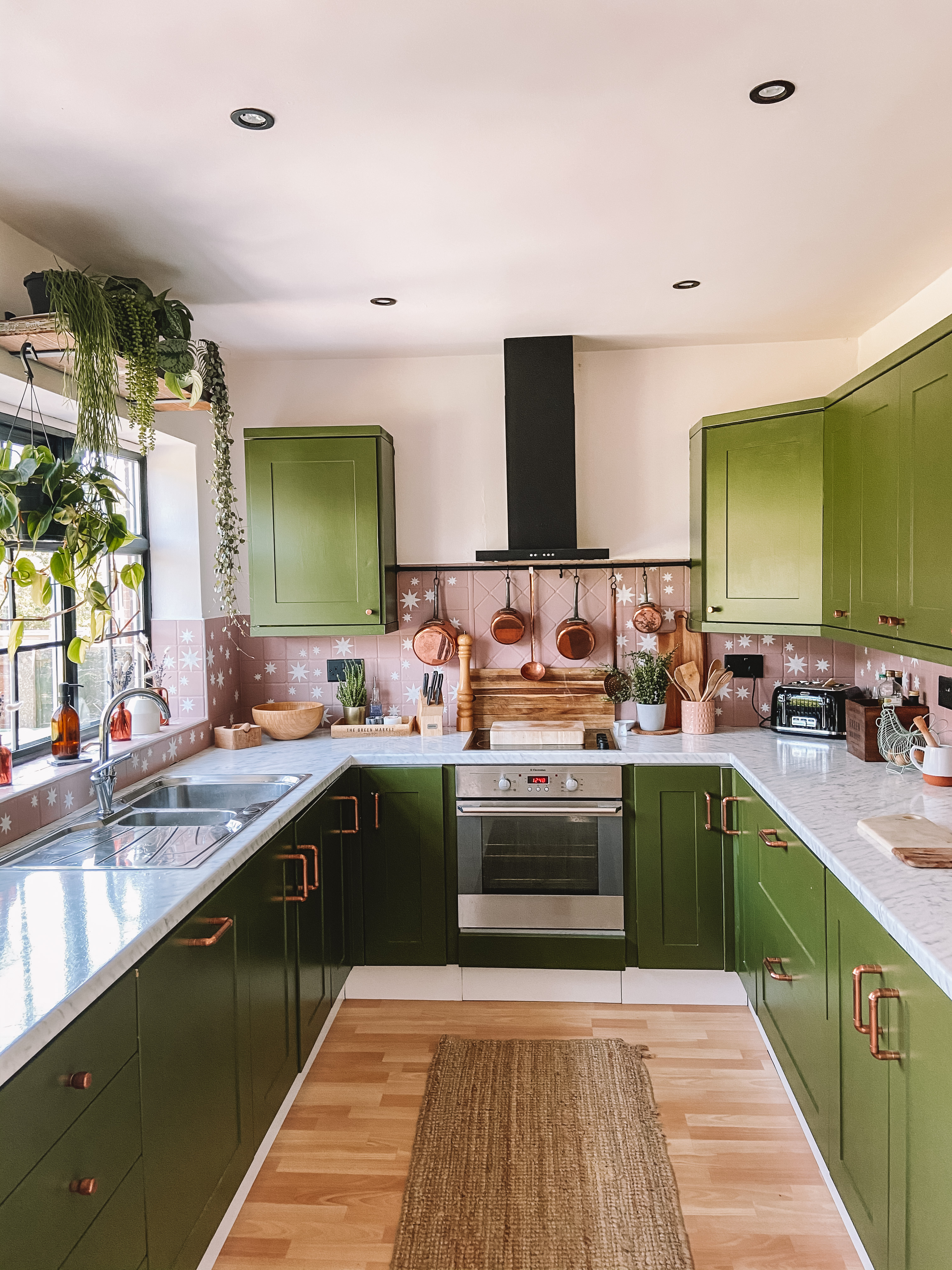 Ellie decided to change everything – including the plug sockets – leaving the only thing untouched the flooring, which she covered up with a rug.

She started off by stripping the vinyl from the kitchen cabinets using the glue gun, to get to the wood behind which she then primed and sealed.

Ellie said: “I bought some copper handles from Etsy, I wanted to be a bit different and so went for copper pipes, instead of standard copper bars.”

Next she turned her attention to the drab tiles, which she upgraded with a lick of Frenchic Dusky Blush. 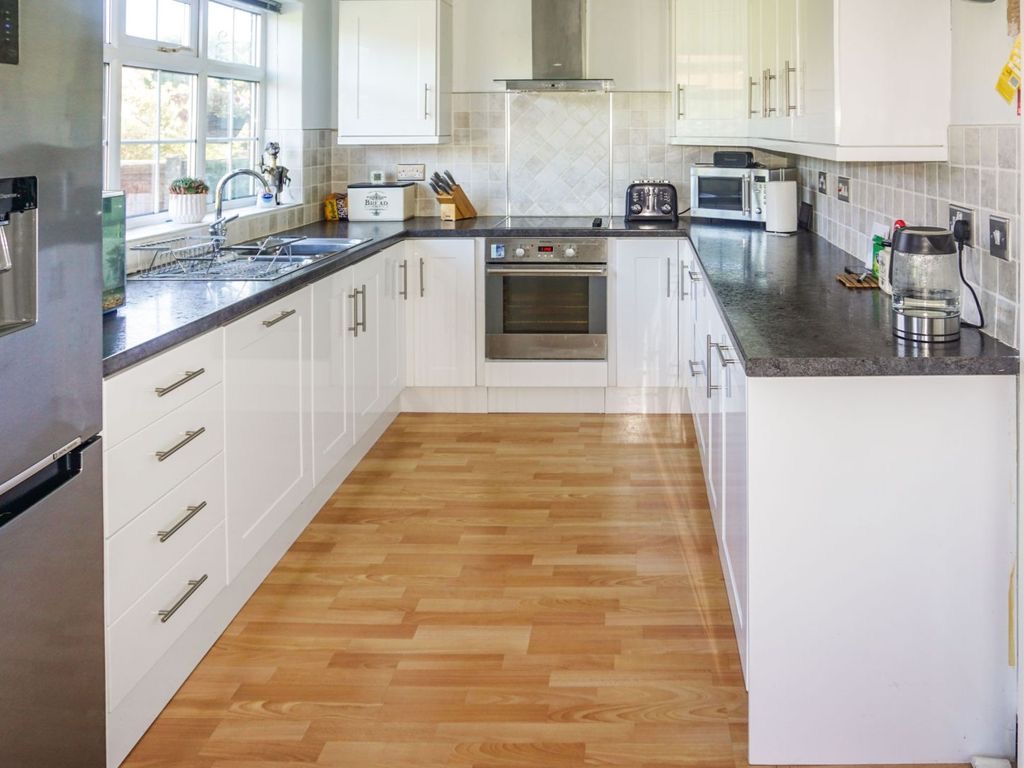 Ellie wanted to add a personal touch to the design, so she made her own stencil – after her first attempt failed.

Ellie wrote on her Instagram: “The tiles took a turn for the worst today… trying to stencil an intricate design on top of tons of grout lines was not working out, there was tons of bleeding and very uneven and unhappy looking lines, so I reverted to plan B.

“A very impromptu bit of homemade stencil making and here we have more stars than the night sky.”

She added she stencilled the stars using Frenchic’s Dazzle Me shade.

Continuing her project, Ellie said: “We took off all the door hinges, door handles, plug sockets, spot lights and extractor fan and spray painted them black using a spray paint.

“I painted my window frame using wicks multipurpose black furniture paint and then used leading to stick over the white leading on the windows to create a Crittall effect. 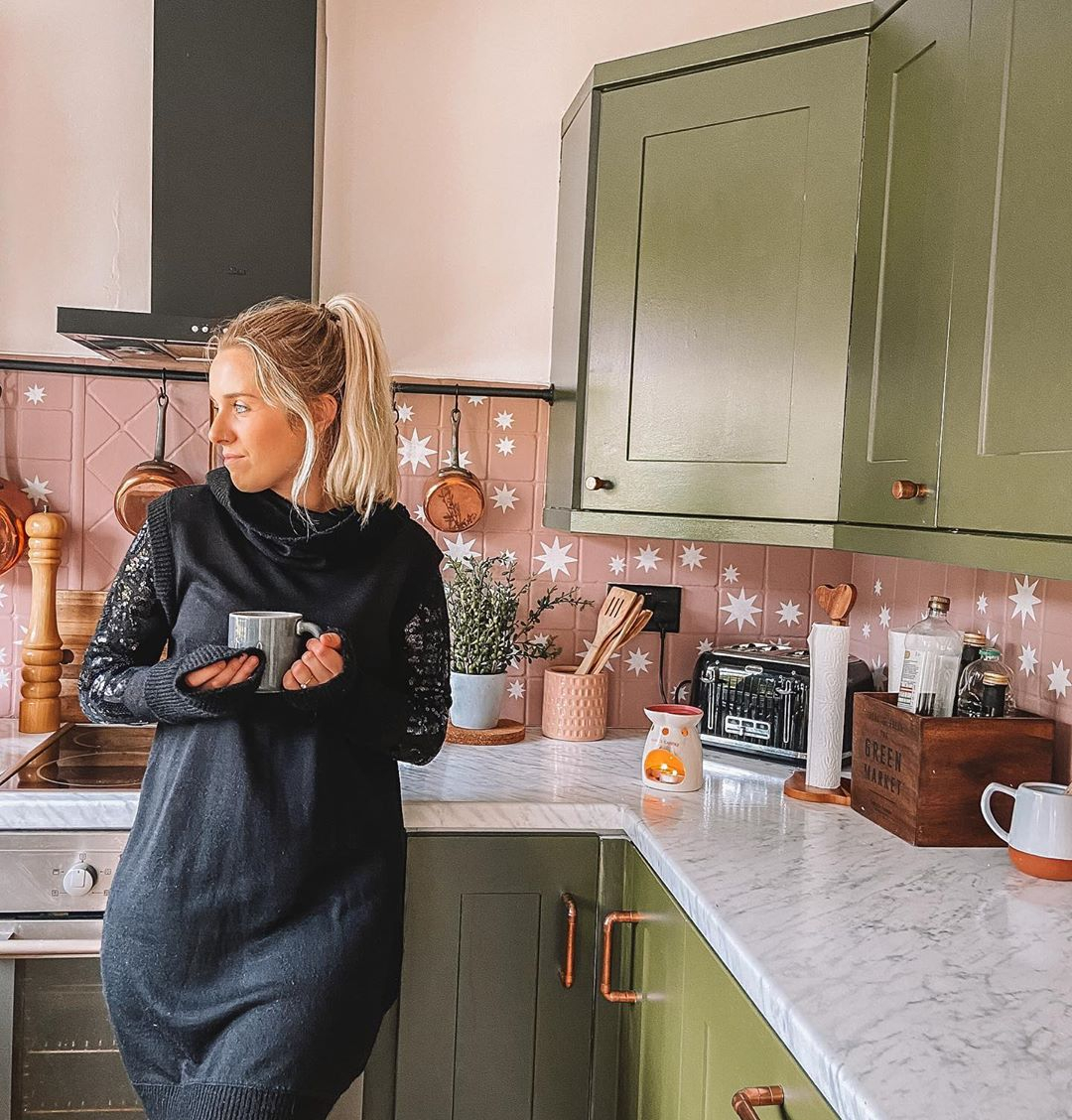 “I bought marble vinyl to cover the counter tops!”

In total she reckons she spent around £350 on the project, which she called the “The longest kitchen make over in the history of instagram!!” 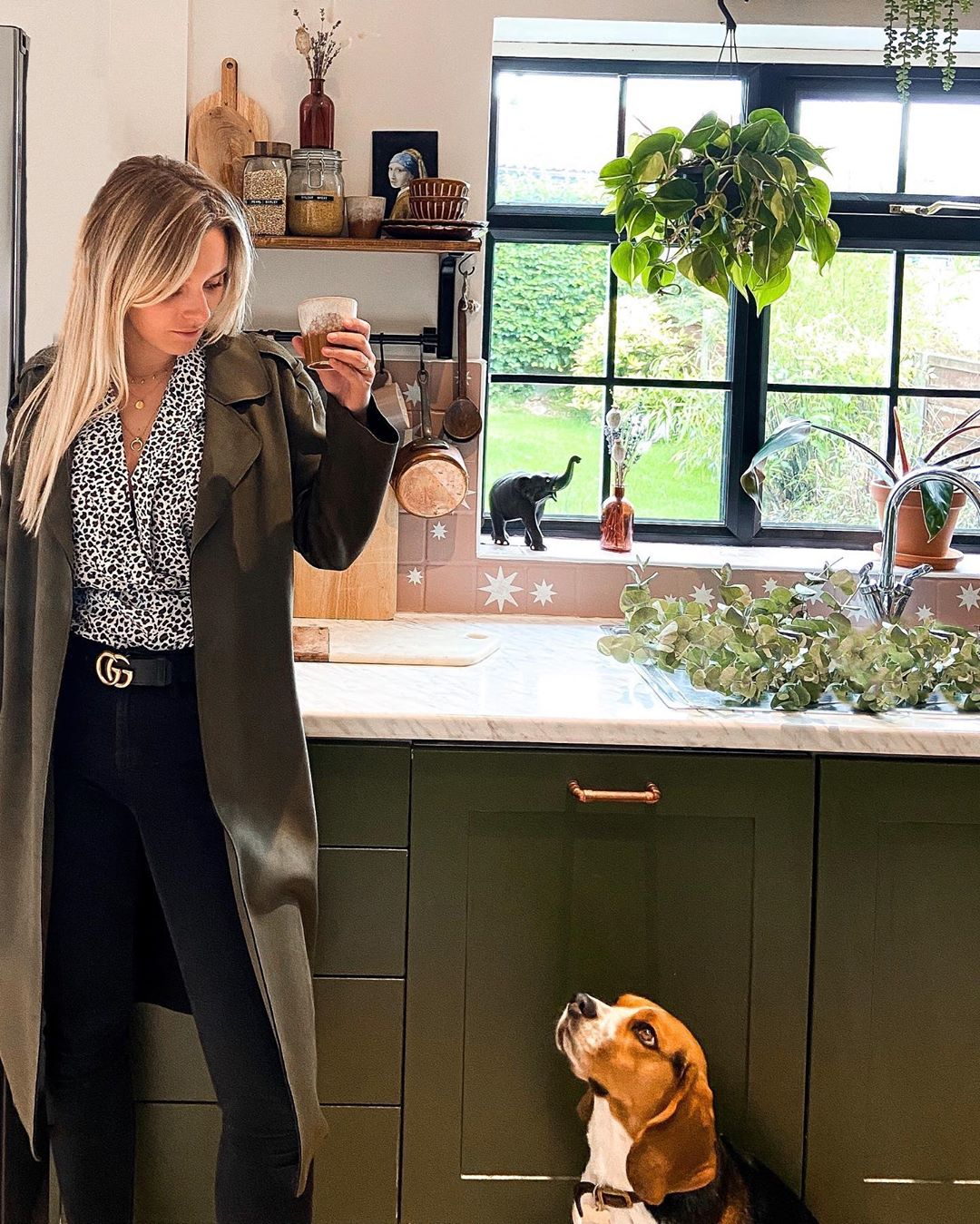 And while she’s chuffed with the results, she still has her eyes on a new floor.

Ellie added: “Hopefully we will have a brand spanking new kitchen one day but for now this’ll do me just fine!

“Yes I have fashioned two rugs together to hide the UGLY laminate and no they are not staying I am trying to source a suitable one for the kitchen but failing.”

And this Mrs Hinch fan was shocked to find secret compartment in her washing machine – so others are frantically checking theirs.

Meanwhile a professional cleaner shares the worst homes he’s faced with bags of faeces on the floor & dead TARANTULAS hidden in tubs.

And this woman shares simple trick which makes sure her house is ALWAYS clutter free – and it works with laundry too.