A WOMAN has revealed how she gave birth to her baby in a petrol station after she suddenly felt the urge to go to the loo.

Kaitlyn Mancera and her husband were on a long drive to Houston, when she told him she needed to stop for the toilet. 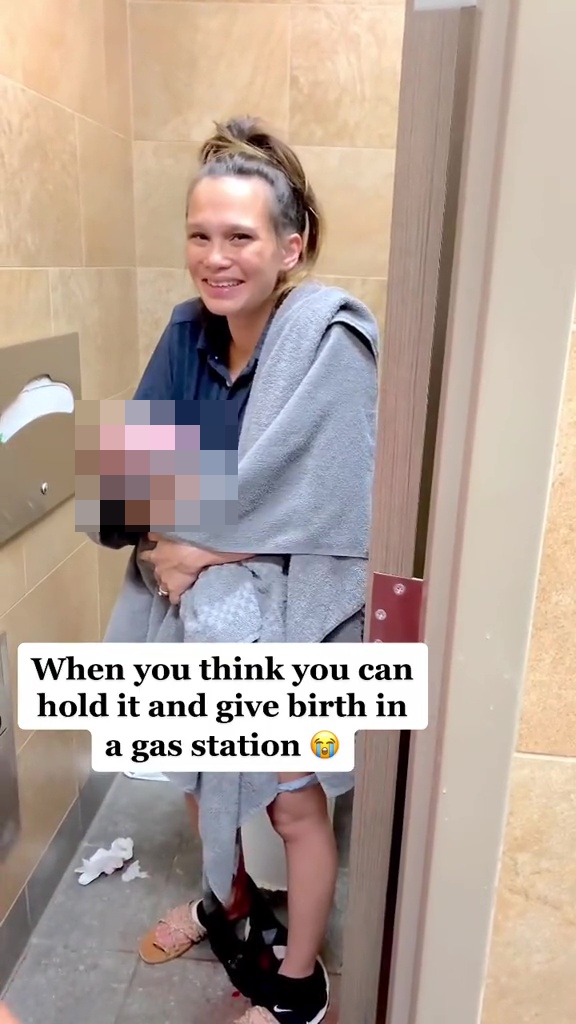 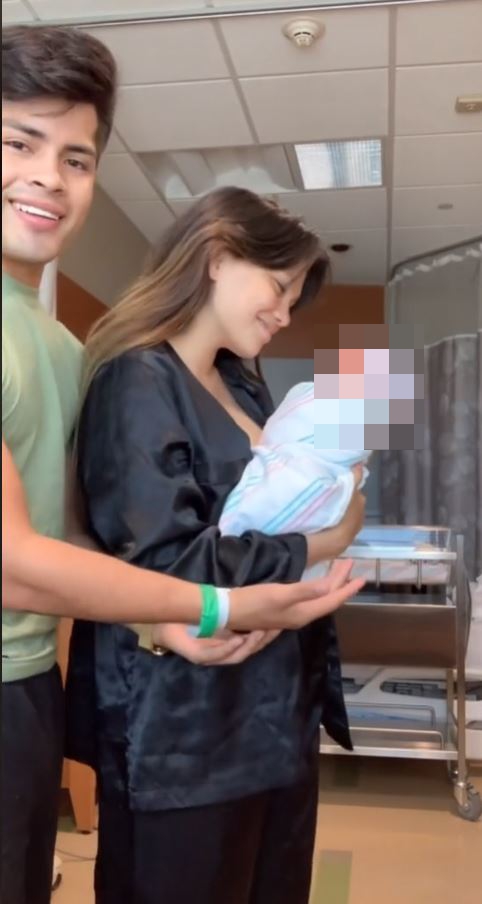 The couple were driving through Texas at the time, and husband Sergio pulled into the nearest petrol station.

Neither of them expected their second child to arrive moments later.

Kaitlyn told ABC13: “We got further along the road and I felt like I needed to start pushing, well I thought I needed to go to the bathroom.

“I kept on feeling like a water pressure…. because whenever I stood up, my water broke.”

The pregnant woman started to feel contractions and gave birth right there in the toilet cubicle.

Other women in the toilet asked if Kaitlyn was ok and were shocked when they saw her holding a baby she had just delivered.

Kaitlyn asked them if they would fetch her husband to tell him the good news.

Sergio ran into the toilet with their son, and said he “couldn’t believe” his eyes when he saw the newborn.

Kaitlyn and her baby were taken to hospital to check they were ok – and the mum later shared a TikTok video of the incredible experience.

It has since racked up millions of views, with one person writing: “I love how you are giggling there in mommy bliss. Cool birth story.”

Another added: “She was standing there like nothing serious happened.” 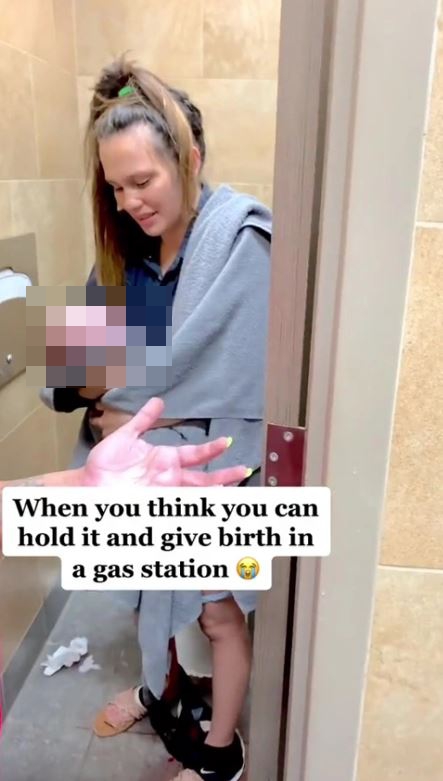 Previously, a midwife reveals what they really think when you poo, vomit or do anything ‘gross’ during labour.

Meanwhile, one teen mum reveals 'I gave birth after my first day back at school, I didn’t know I was pregnant until I saw the head under my uniform skirt'.

Plus, a woman shares 'My bloke brought his XBox to the birth of our child – everyone thought he was so disrespectful'.