WHAT'S it like to be intimate in later life? 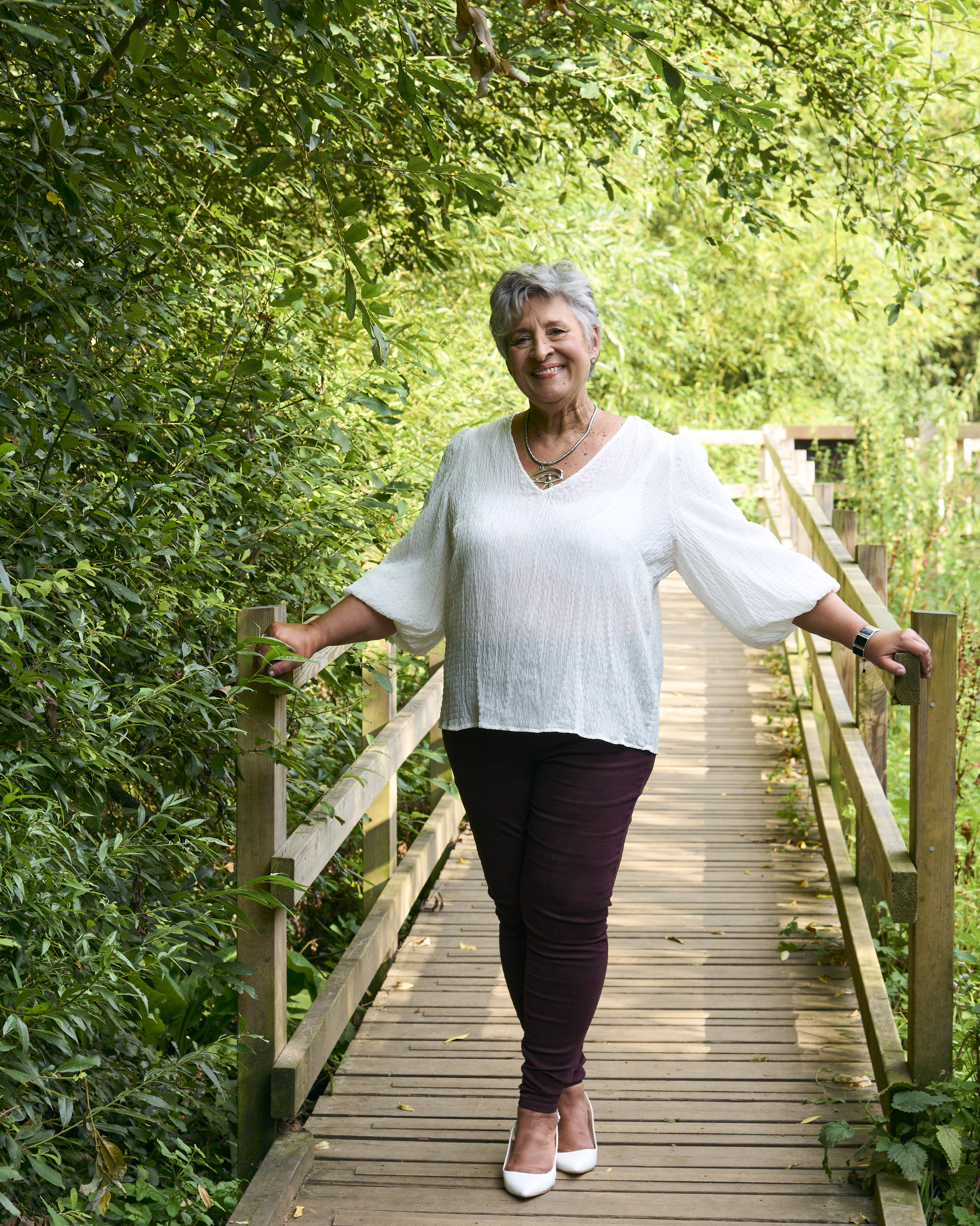 Suzi Clark, 69, is an author and an event director, and lives in St Albans. 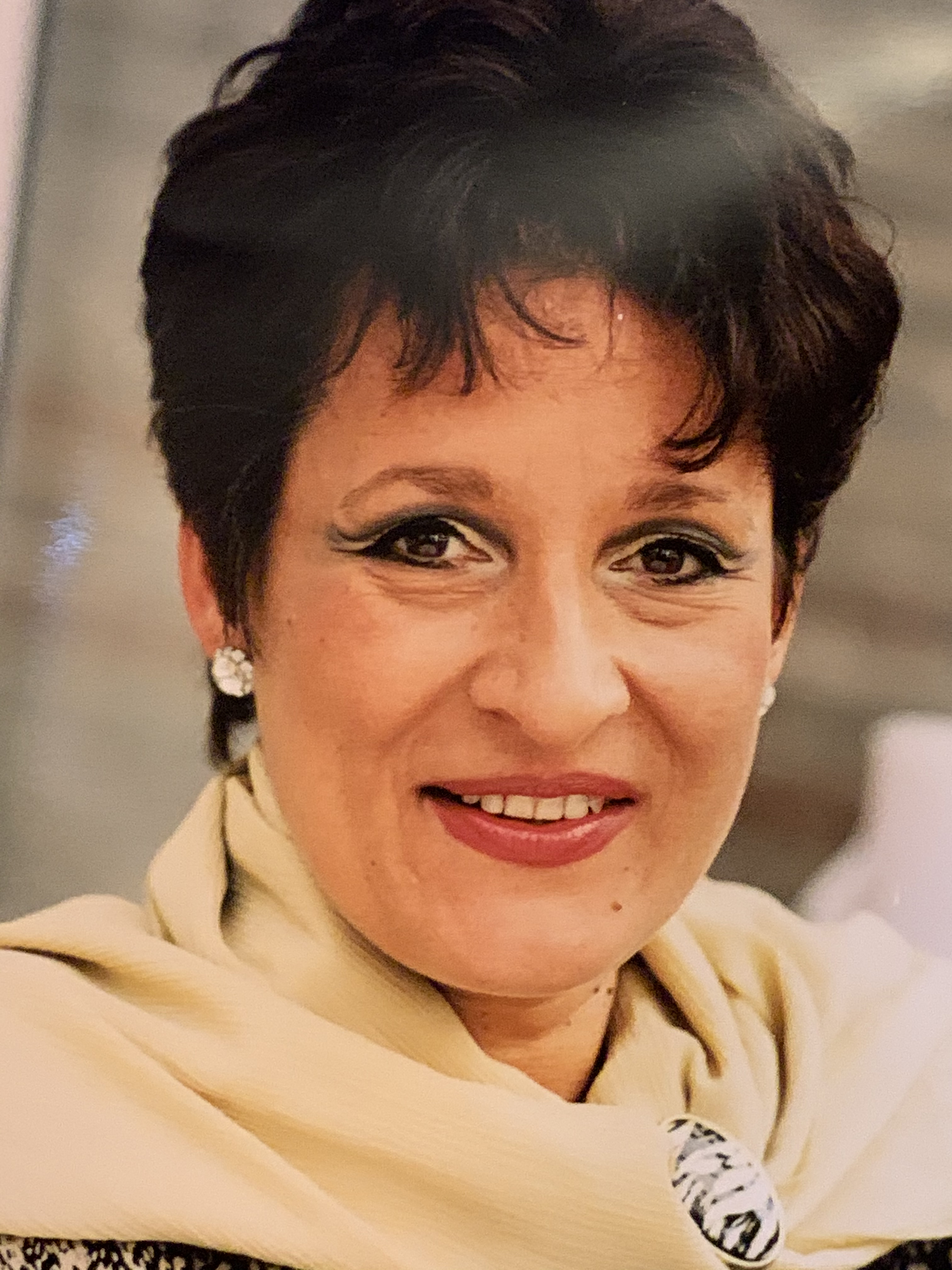 “Sipping a glass of champagne, I lay back on the bed while my handsome French lover enthusiastically performed oral sex on me.

Indeed, I was sad I’d had to wait so long into my life to enjoy it. Oral sex was something I’d missed out on in my previous relationships, simply because it had never been offered to me before. I had given, but had never received.

It wasn’t something I’d previously dwelled on much, but when I did first receive it from a man who, at 56, was three years younger than me and great in bed, I was thrilled. It opened my eyes to how you can explore your sexuality at any age.

Two years previously, in 2005, we’d met at a reunion in Tripoli, Libya, where we had gone to school.

After keeping in touch through flirty emails and messages, we embarked on a passionate, long-distance relationship – me in the UK and him in Canada.

I was devastated when we broke up in 2011, but it had become too hard. I missed the sex terribly, but shortly afterwards all my energy was given over to caring for my dad Sydney at home, when he was diagnosed with skin cancer, aged 91.

It was exhausting being a carer, and during those six years the nearest I got to sex was reading 50 Shades Of Grey in the loo.

But after my father died in 2015, at the age of 63 I started to dip my toe into the world of online dating again. Everyone I knew was in a couple and I missed having someone to be intimate with.

I joined sites including one called Elite, and while I was nervous about whether I’d meet somebody at my age, I began to get messages from men immediately.

I started dating Pierre*, who was in his late-60s, and very dapper and charming. We had a passionate sex life and he made me laugh. It felt wonderful to be enjoying sex and intimacy again.

The following year we planned a romantic weekend in Florence, Italy, but a week before we were due to fly he was diagnosed with oesophageal cancer and our life together was turned upside down.

After his diagnosis, his sex drive practically disappeared, and after only two years together, in 2019 he passed away. I was devastated – and still am.

It was early days for our relationship, and while neither of us believed in later-life marriage, he did buy me a beautiful sapphire and diamond companion ring on our first anniversary.

I’m now 69 and slowly learning to live with my grief. I do miss the intimacy and sex, but I worry I’ll never meet anyone as wonderful as my last partner or my first husband Bryan, who I met when I was 26.

We were together for 16 years and had three beautiful daughters before he died of a heart attack in 1994.

I recently tried online dating again, before deciding my heart wasn’t quite in it, but in the future, who knows… I just hope reading my story makes other women know that sex doesn’t stop just because you’ve turned 60.

New experiences and loves might be just around the corner.”

Eva Chapman, 74, an author, lives in Somerset with her husband Jake, 76, a retired physics professor. 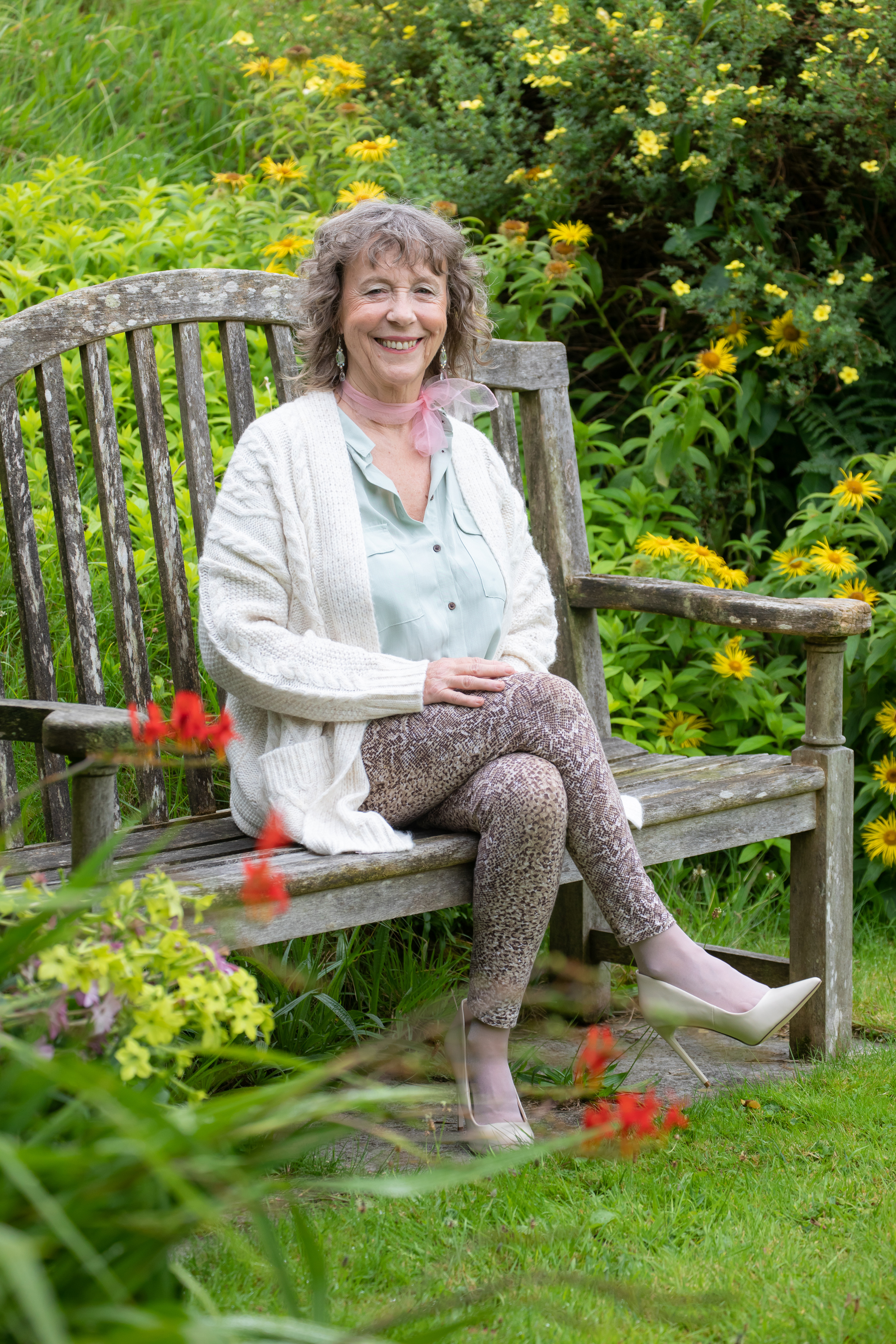 “Moving my body to the music while dressed in a tiny leather dress, heels and plenty of sparkles and feathers, I know my husband Jake is as turned on as I am.

He takes my hand and we walk slowly to the bedroom, where he starts to kiss me and we make love – as we do every week.

When I’m on top, he has to hold up my head as I’m too wobbly, and after we both climax I need help to get off the bed because my body isn’t as young as it used to be. But that’s what happens when you’re 74 with an active sex life!

We haven’t always been like this. We met in 1979 at The Open University, where I was studying for my PhD and Jake was a professor. We married in 1983 and at first, we were love’s young dream, having sex multiple times a week.

But after four children, seven grandchildren and the menopause, our love life had become lacklustre. Our passion seemed to practically fizzle out and we barely had sex. But I didn’t want to live the rest of my life feeling that way.

One day in 2007, aged 60, we decided to start going out together to everything from music festivals to fancy-dress parties, food and drink events and even raves.

I hoped meeting new friends and recapturing some excitement would help bring my self-confidence back. It worked, and I even felt confident enough to start trying dressing up for Jake.

One night soon after, I donned a risque outfit and explained I wanted to do a sexy dance for him. He was delighted – and 10 years later I still dress up and seduce him at least once a week!

I wear things such as really short dresses, skintight trousers or low-cut tops, then I put on sexy music to get us in the mood.

When I dance for him, he looks at me with pleasure in his eyes. Then we make love afterwards and it’s beautiful. Rekindling our sex life has led to a to greater feeling of emotional intimacy between us, too, which I feel is necessary for a good physical relationship.

Due to our adventerous social life, most of our friends are younger, in their 50s, but the ones we have who are in their 70s, like us, seem to have completely given up on sex.

I find that so sad, because a fulfilling love life can bring so much happiness, whatever your age, and I feel sexier now than I ever did before.

Some people might be shocked that at 74 and 76, Jake and I still have such an active sex life, but we love it, so what’s wrong with that? We’re enjoying ourselves and showing our love for one another. And if people don’t like it, tough.”

Tiby Tristram, 60, is an interior designer and lives in south London. 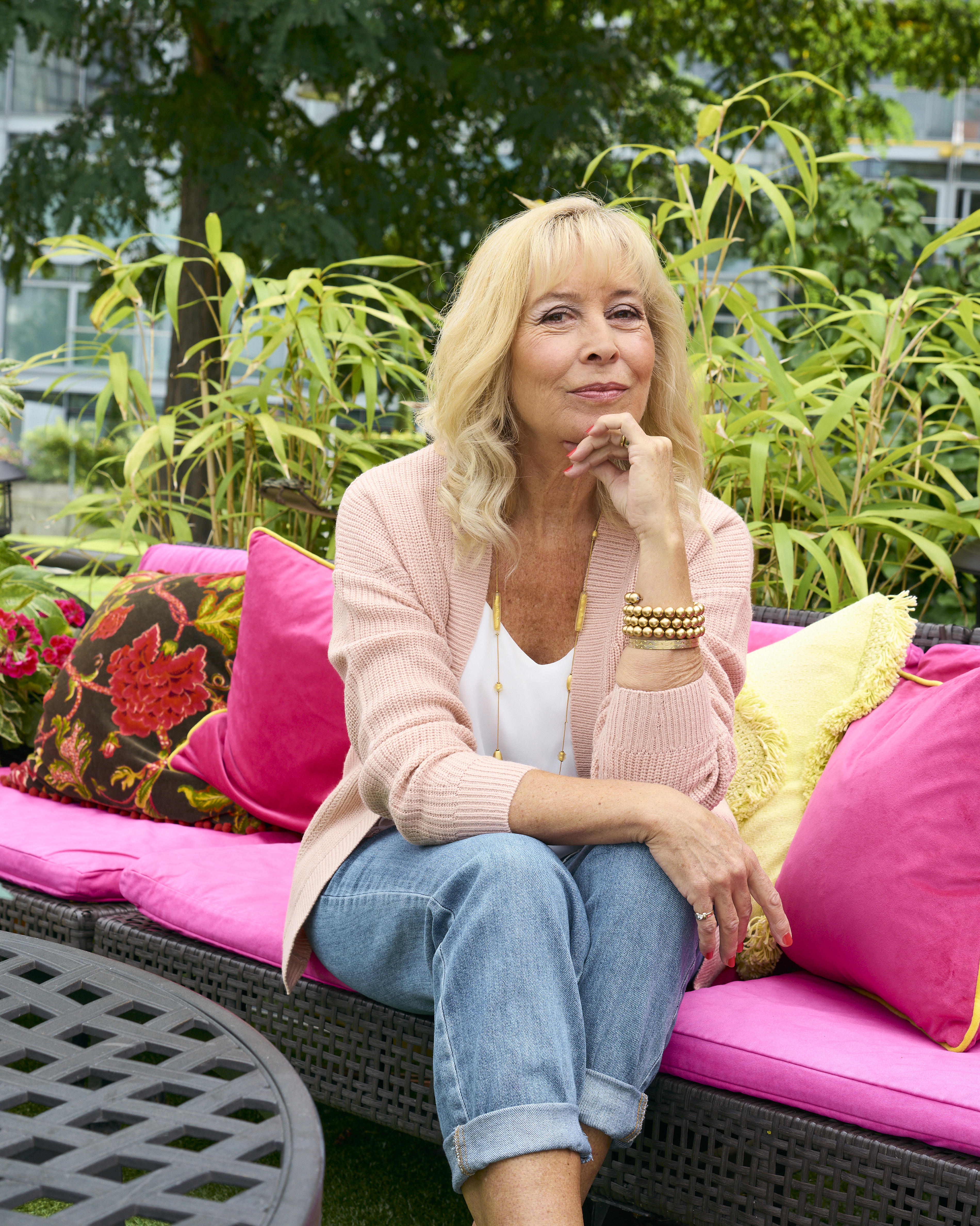 “My menopause began when I was 50 and it changed my life – and not in a good way.

By day, I’d have 100 hot flushes with sweat running down my face. By night, I’d wake drenched and have to change my bedsheets four times. Along with those symptoms, came the complete loss of libido.

Before then, my sex life had been normal. I had an 11-year marriage with a healthy sex life, but it ended in 1996 after we grew apart. I then had another long-term relationship that ended in 2002.

I’d been happily dating someone for six months at the time my menopause started. Our relationship had been going well, but then along came all my menopause-induced problems: angst, crying, anger, dramatic ups and downs, as well as excruciating pain during sex.
My partner Ben* said he would support me, but I got frustrated with him for not being able to relate to what I was going through.

I started drinking and putting on weight through comfort eating. Gone was my trim 8st 10lb, size-eight figure, and within three years I was over 14st and a size 18.

I felt incredibly unattractive and sex was the furthest thing from my mind. Even if Ben suggested it, we simply couldn’t because of the pain.

We tried lube and anything else my GP suggested, but to no avail. Eventually, Ben embarked on an affair, and in 2016 we split.

After that, I stopped drinking and started dieting. I wanted to get my old body back – I was fed up with being unhappy.

Two years later, I’m back down to a size eight, but still feel self-conscious about my body due to loose skin, and I’ve never regained my libido.

I’m not sure I’ll ever be in a relationship again, because how could I say to a man: ‘By the way, I can’t have sex because it’s too painful.’ Even HRT hasn’t helped.

These days, I keep busy with work, which I’m very passionate about, and gardening. I do feel lonely and invisible at times as I get older, so I concentrate on friends and family, plus sharing my experiences with the older Instagram community.

Sex might not be a part of my life any more, but my life is still full in so many other ways.”