WHEN Cherish Reardon was growing up, she never dreamt she'd one day be the face of her own fashion brand.

The mum-of-two, from Tamworth, was bullied throughout her teenage years to the point where she had to move schools – and struggled with anxiety for years as a result.

Cherish's anxiety became so all-consuming that she couldn't even order food in a restaurant as it involved talking to someone she didn't know – yet alone begin the daunting task of applying for jobs.

After giving birth to her first daughter at the age of 22, the entrepreneur – who studied Business at Aston University – was settled in her life as a stay-at-home mum.

But determined to find a way to work for herself, Cherish set up her fashion brand Popsy Clothing from home – and three years later, the business is on course to turn over £1m.

Cherish spoke exclusively to Fabulous Digital for #BOSSINGIT, our series about ordinary women who have launched incredible businesses. 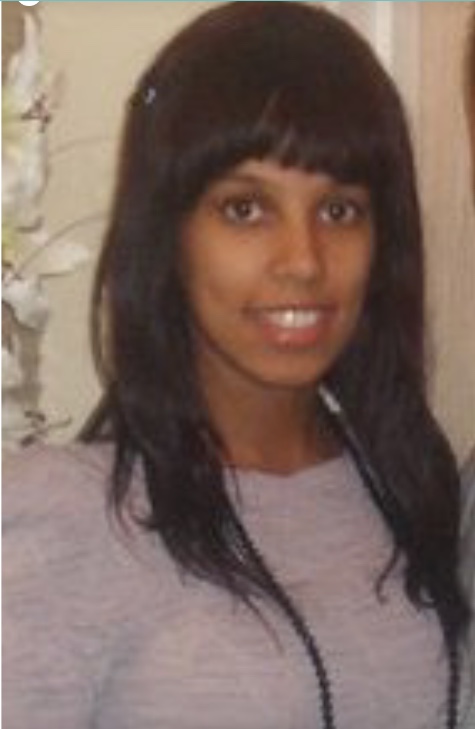 Discussing when she first began experiencing anxiety, Cherish said: "It started in school when I was 14.

"It started off as name-calling but then it escalated into physical bullying. They used to call me 'afro man' because of my curly hair.

"My mum decided to pull me out of school when they pushed me into a canal."

But sadly, it had already taken its toll on Cherish's self-esteem – and for years she would straighten her naturally curly hair to make it poker straight.

Cherish experienced another setback when she left school to go to college but failed all four of her A-Levels.

But her husband Greg – who she met when she was 16 – encouraged her to try again and the aspiring businesswoman then gained a place at Aston University which was close enough for Cherish to still live at home.

She said: "I didn't go away and have the whole uni experience. I stayed at home which was good for my anxiety.

"And then I fell pregnant in my final year – so after uni, I was set on being a stay-at-home mum, looking after my little girl."

In March 2017, Cherish was struggling to adapt to life as a stay-at-home mum when she started exploring ways she could work for herself.

With the prospect of having to go for a job interview still too terrifying to fathom, Cherish said: "It was actually Greg saying maybe we should set up something where I can work from home.

"At that time I thought it was a really good idea – I can do it from home, in the lounge, with my girls and thinking, it is a good way to avoid a job interview!"

Immediately, Cherish knew she wanted to go into fashion and approached a local designer to help her make her first collection of vintage-inspired dresses.

A fan of vintage styles herself, Cherish wanted to create a range of practical, bright and quirky clothes and set about scraping funds together.

In order to get Popsy Clothing off the ground, Cherish had to put all of her and Greg's savings into the business and turned to family for extra backing – in total, she managed to raise £10,000.

Describing how they had to cut costs where they could, she explained: "We didn't have much of a budget for photoshoots to begin with so our first one was done in our community hall on our mobile phones. I set up a Facebook page and started selling on Etsy."

In the first few months, Cherish would sell 10 dresses a week on the online marketplace – but it wasn't long before she realised that mums like herself were the ones buying into the brand and NOT the 16-year-old girls she'd expected. 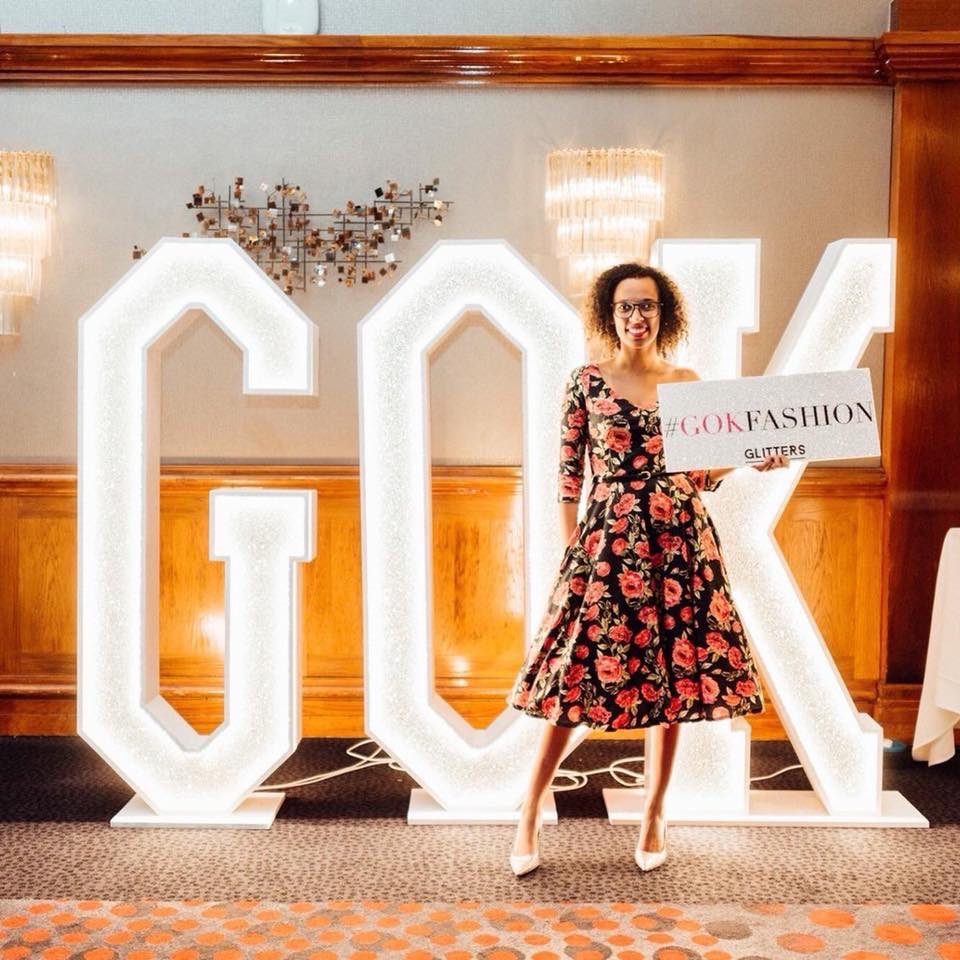 As a result, there were times when the company struggled to shift all their stock and the mum considered packing it all in.

But as the face of the company, Cherish began her experience with anxiety with her 11,000 Instagram followers – and in the process, created a group of like-minded women around her.

Along with the Etsy shop and website, the mum-of-two set up a Facebook page called Frocks & Friends for her customers to share fashion tips in the early says of the business.

Discussing the vital role her devoted customers play in her business, Cherish added: "We get our customers involved in our prints now.

"Now we’ve got our community, we ask them what sort of prints they want in their wardrobe, what’s going to make them feel more confident and we take all of that on-board.

"I’ve felt that since we’ve done that, they can go on to the website and feel like it is their idea as well as ours." 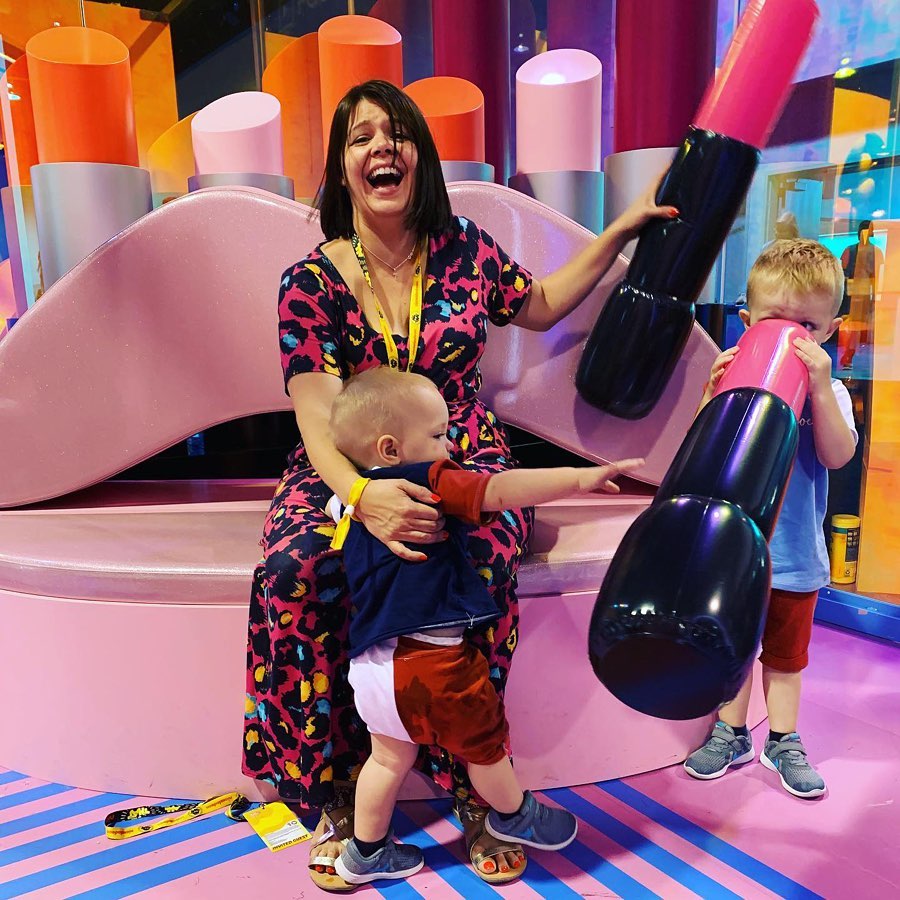 Since Cherish identified her key demographic 18 months ago, the business has gone from strength to strength – in no part thanks to the inclusive range of sizes and the founder's Photoshop ban.

In 2019, the business sold 33,200 dresses (3,700 of which were in their busiest month of December) and Popsy has now branched out into kids clothing and tights.

And while fashion trends come and go, it's the brand's classic £36 Bonita dress which remains their biggest seller – thanks to its flattering pleated style, knee-length skirt, range of colours AND the fact that it has pockets.

Cherish now works closely with two other designers at her offices in Long Eaton, Nottingham, to develop their clothes and employees 17 people in total – incredibly manufacturers and packers.

Describing how her business has helped her anxiety, Cherish said: " I’m like a completely different person. I definitely say yes to things that I wouldn’t have said yes to a few years ago.

"Anxiety is always going to be with me to some extent but I think I’ve learnt how to manage it and I know I’ve got support of many other women. Knowing that I’m not alone and other people struggle with it as well, that’s been amazing."

For more inspiring Bossing It stories, we spoke to Victoria Eagle who was battling post-natal depression when she set up her stationery business on eBay – now it's made £500k.

And Cecily Mills crowdfunded £400k for her ice cream company in just two weeks – and now it's set to make £1m.

Plus Holly Brook started making boozy lollipops from her kitchen table – now her business is set to make £300k.