A MUM has revealed she piled on SIX stone during pregnancy when she pretended to have insatiable cravings for chocolate – but was in fact just 'being greedy'.

After falling pregnant with her first child, Georgie Miller, 32, says she quickly started 'eating for two' and used her pregnancy as an excuse to gorge on junk food including KitKats, Shreddies and even ate curry from the jar. 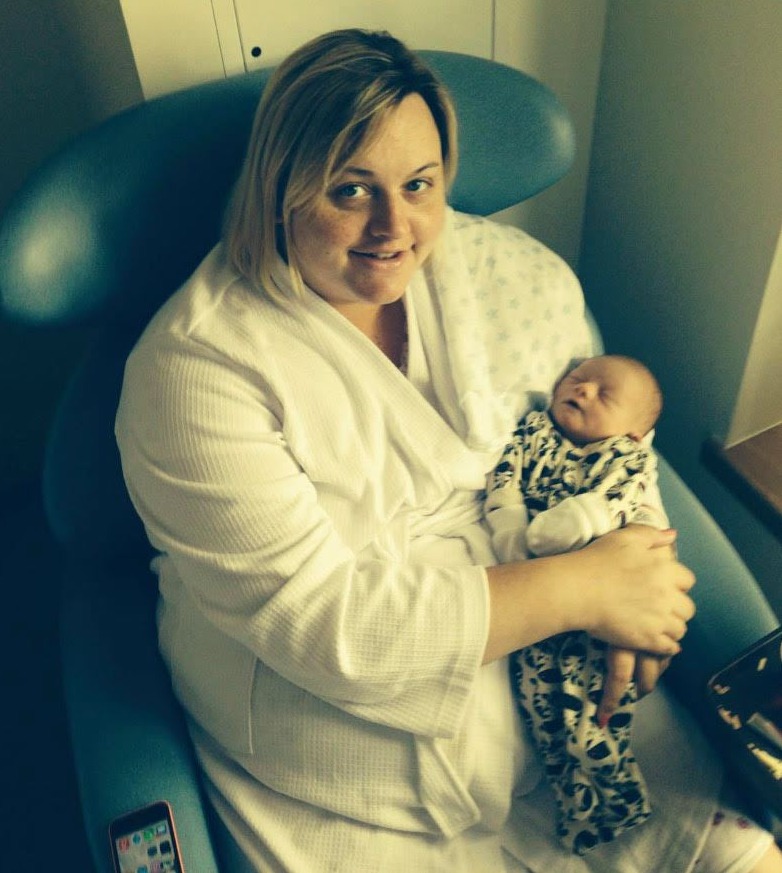 She would devour chocolate bars throughout her working day and binge on unhealthy, carb-heavy dinners and takeaways.

Georgie weighed 13st and was a size 14 pre-pregnancy, but – despite the NHS saying the average woman gains between 1.5-2 stone during their gestation period – she rocketed to 19st and a size 24 after her son, Arthur, was born, in August 2014.

The new mum felt so large and unattractive that she even refused to have pictures taken with her newborn.

''I really went for it during my first pregnancy.

''I got into the mindset that I was eating for two and used that as an excuse to eat whatever I wanted.

''At work I'd binge on chocolate – four KitKat's a day – and make out that I was having really big cravings, but essentially I think I was just being greedy and using the pregnancy as an excuse.

"I could also get through up to four bowls of Shreddies each day. Would grab a meal deal most lunchtimes and then either get a takeaway or eat a curry from the jar when got home.

"I also ate tonnes of packet fajitas too which tend to be packed full of salt and sugar.

''I was having much bigger portions than I usually would too."

I kept saying I had bad cravings but deep down I knew I was just lying – I just wanted to binge.

Georgie had no issues with food before her first pregnancy but after her and husband, Ben Miller, 35, a production manager in construction, found she was pregnant in December 2013, her attitude to food changed.

She put on so much weight that her body swelled up and medics at Great Western Hospital, Swindon, Wiltshire, worried she had developed pre-eclampsia – a serious condition which causes high blood pressure and can prove fatal in pregnant women.

She said: ''As soon as I found out I was expecting I suddenly gave myself permission to just gorge on chocolate – something I wouldn't have allowed myself much before. 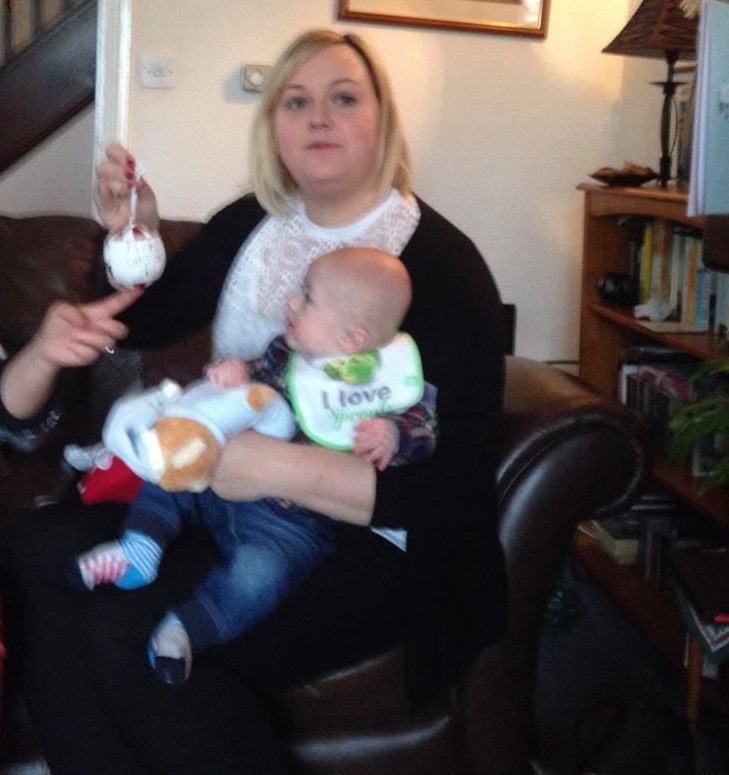 ''I kept saying I had bad cravings but deep down I knew I was just lying – I just wanted to binge.

''And as I wasn't drinking I thought I deserved to have nice treats, I just took it way too far.

''I really thought I'd be one of those women that didn't put on much weight and was expecting to just look like I had a football down my jumper.

''But actually the massive weight gain was really dangerous and my doctors were so worried about me. 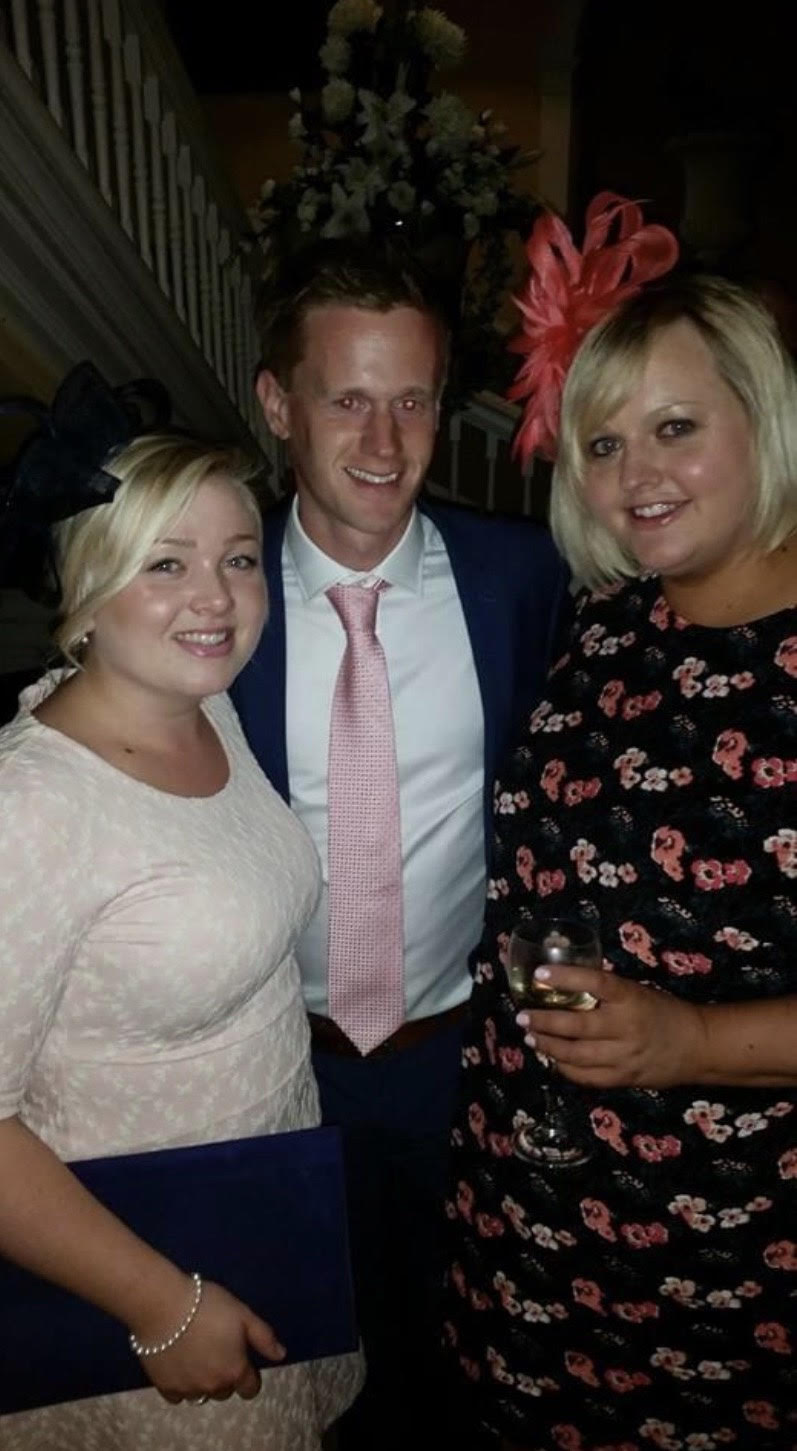 ''I developed edema – swelling up of the body – and doctors were scared that I would develop pre-eclampsia, which of course is really dangerous.

''Thankfully I didn't but I was back and forth to hospital for check ups every other day.''

But as Georgie's weight had rocketed to 19st 12lbs, the new mum felt 'self conscious' and could hardly bear to be pictured with her newborn.

''It was awful, I hated the way I looked,'' she said. '"It was meant to be a joyous time but I was so self conscious.

''The first pair of jeans I bought after giving birth were a size 24. Having been a size 14 pre pregnancy it was a big change. 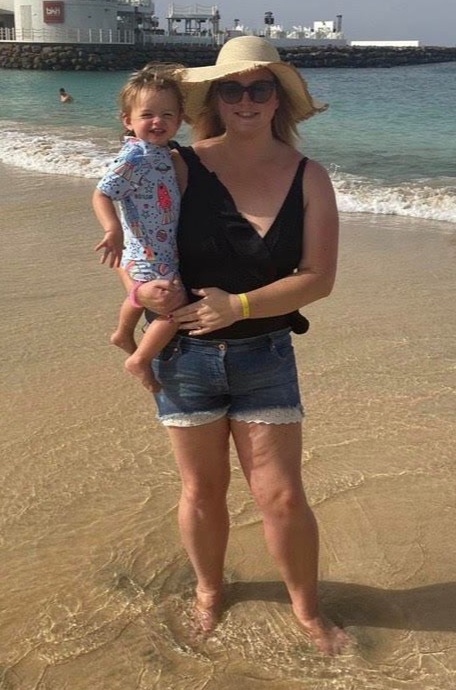 ''I was terrified of being one of those overweight mums that couldn't even play with their kids properly.

''The only good thing about feeling so massive was that it did really give me the motivation I needed to sort my weight out.

''As soon as I was able to, about six weeks after giving birth, I went to my first ever Slimming World meeting.

''It was scary but everyone there was so supportive.

''It was awful, I hated the way I looked. It was meant to be a joyous time but I was so self conscious.

''I started on their meal plans right away and my husband was amazing and just ate the same as me so we weren't preparing two different meals with a newborn.

''Because of the cesarian I couldn't do much exercise but I went for long daily walks.

''I still had chocolate but just as the occasional treat.

''The weight started dropping off me and I began to feel like myself again.'' 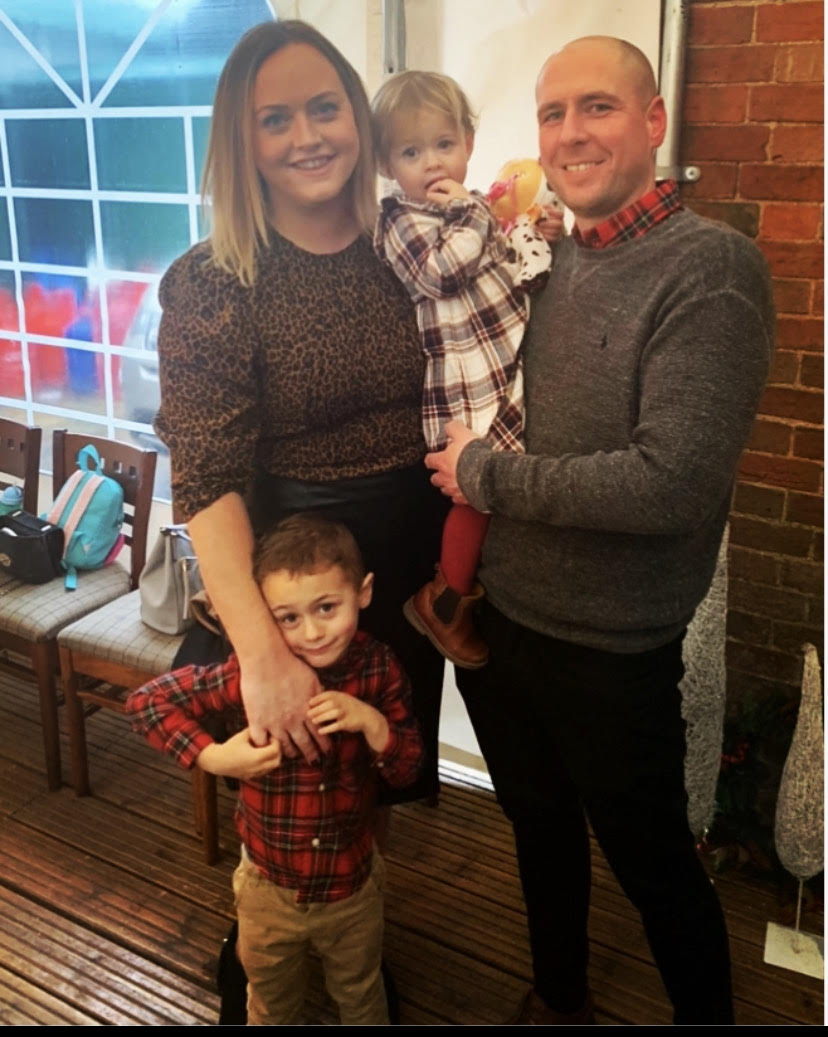 After reaching her target weight of 13st 7lbs, after 18 months of healthy eating, in March 2017 Georgie found she was pregnant again.

Her little girl, Olive, now two, was born in December 2017 after a healthy pregnancy.

''I was much more sensible this time, I stuck to my Slimming World Plan, which have all  been approved by the Royal College of Midwives as safe during pregnancy," she said.

''In the end I only put on two stone which is well within a healthy range.

''I'm still getting back down to my target weight and have a few more pounds to shift but I'm really proud of how far I've come.

''I'm a healthy happy mum now, I feel confident to go to the park and know I'm not going to get stuck in a slide or make a fool of myself, something I always worried about before!

''And I'm setting a good example to my kids which is really important to me.''

Georgie now weighs 14st 5lbs and can slip into a slender size 14.