A WOMAN claims she’s been trolled over one MILLION times after going public with her marriage to a 300-year pirate ghost.

Amanda Large, 47, has also told how she had to move house as a result of vile abuse from locals. 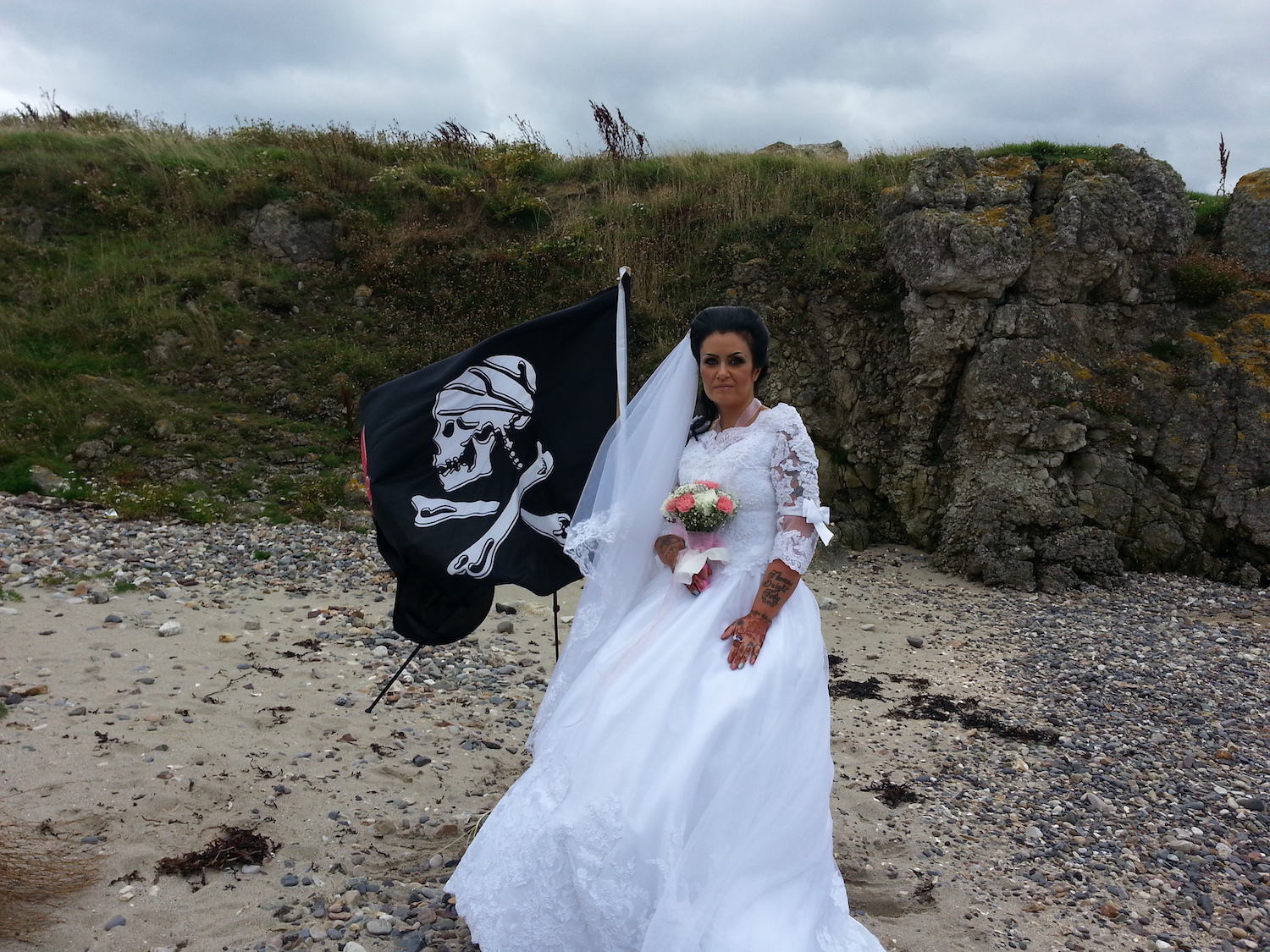 She first appeared in the spotlight in early 2018 when she legally ‘married’ the ghost of a 300-year-old Haitian pirate.

After that, Amanda was blasted by trolls worldwide who called her horrific names and threatened to take her life.

She’s even been told by sickos her late son deserved to die when he was just a child.

Now she claims her life has been ruined and she’s been forced to move out of her house since going public about her story. 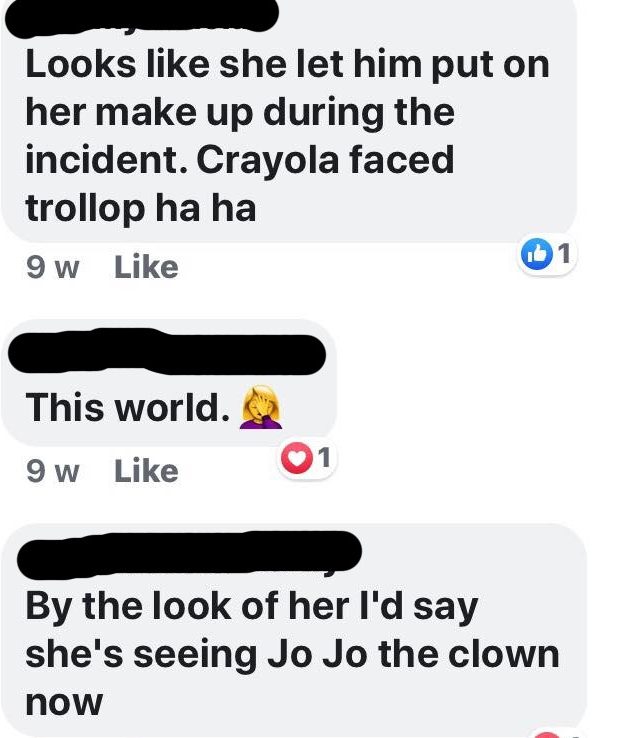 She said: “I had to move home after the story broke because I got so much abuse from people in my area. I got called a devil worshipper, and all these kinds of things.

“I had a guy messaging me saying he was going to find me and burn down my house with me in it, he said he knew where I lived.

“He messaged me at 2am saying he was on his way to find me. I thought, ‘this is terrifying, how does he know where I live?’

“I’ve had to change my appearance a lot. Part of it is because I didn’t want to be identifiable."

I had to move home after the story broke because I got so much abuse from people in my area. I got called a devil worshipper, and all these kinds of things.

She continued: “I knew there would be backlash with a story like that and I have no issues with someone having a laugh in a light-hearted manner, I don’t mind people even questioning it or saying, ‘I don’t believe that’.

“That’s fine, I’m totally in favour of free expressions but when I started getting these horrible comments, I thought this is not OK. There are over 23,000 comments on one article online alone and 99 per cent of them are negative.”

Amanda — who has since ‘split’ from her pirate husband after they stopped having sex amid her claims he made her sick — says vile trolls told her she needs to be in a ‘mental asylum’ and that she should be ‘dropped from a building’.

She’s tried to develop a thick skin, but she admits the comments about her late son are very hurtful.

Amanda tragically lost her three-month-old boy Thomas from sudden infant death syndrome in 2010 and she says the memories of her loss flood back when she sees vile messages about him online. 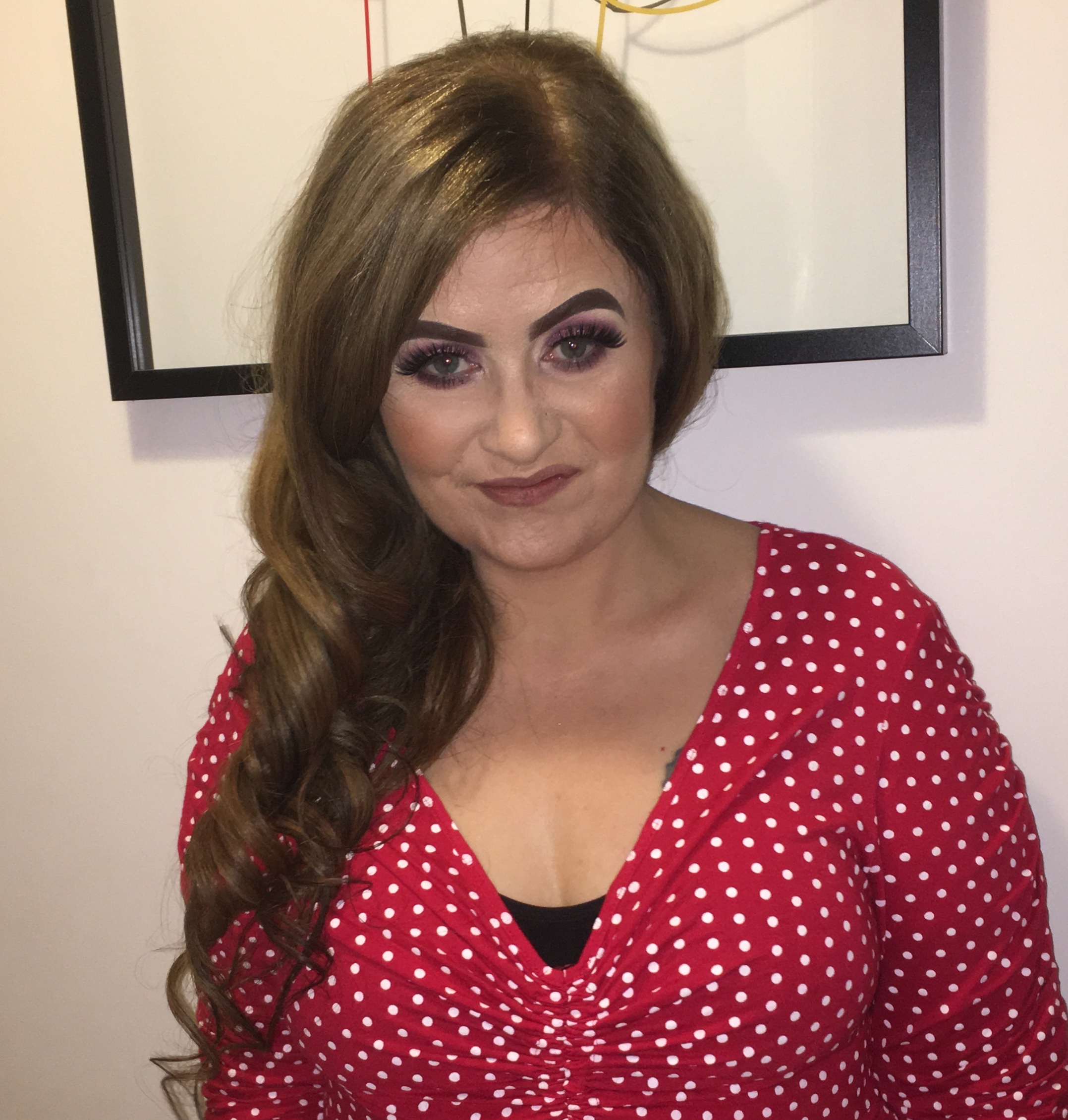 She said: “The comments about my son dying bring back a lot of hurt. I had learned to deal with it, and I learned to move on with my life — and then someone comments saying he’s better off dead and that brings it all back to me.

“It brings up emotions that you don’t want to be reminded of. I feel strongly about respecting the dead. Some of them will comment about my son having a pirate dad. It’s absolutely disgusting.”

As if the trauma of moving home wasn’t enough, Amanda had a near-death experience last year when she contracted sepsis.

And she says she spiralled into a depression as a result of her poor health and being bullied online.

She said: “I did go through seven or eight months last year where I was very depressed and I went off social media. But as soon as I went back on, it all started again.”

Amanda has battled back though, and is now launching a campaign, calling for social media companies to crack down on online bullying.

Why did Amanda dump Jack?

Amanda was forced to stop romping with the ghost after her health deteriorated and claims her marriage even landed her in hospital.

Amanda said: "After two weeks of marriage, I started to get health problems.

“I started to get reoccurring perianal abscesses and I was suffering from cirrhosis.

“About four or five months in, when things started to go really downhill, I went back to some of the people that had communicated with Jack.

“I know the symptoms of possession and part of it is ill health.

“So I was concerned that it was to do with the relationship because of the timeline.

“But I was assured that he was a lovely spirit who wouldn’t harm me.”

Amanda tried to get on with her marriage but she says the final straw came when her dog Toby died – despite her begging him to keep him until she passed away so they could be reunited.

But the pooch was "incredibly aggressive and wouldn’t go near him" and soon after Amanda found her health was going downhill.

She began developing abscesses each time she slept with the ghost so she stopped their sexual relationship – with her health dramatically improving.

Amanda said: "Once I stopped having sexual contact with Jack, the abscesses started to improve.

“So anyway, one night, a friend of mine got married to her spiritual partner and Jack and I ended up being intimate.

“The very next day, the abscess was back with a vengeance.

“So then I started to get really concerned.”

In May last year, Amanda nearly died after developing sepsis and realised when her wedding ring came off for surgery that her husband had been "stealing her energy".

She confronted Jack but claims he threatened to kill her if she attempted to break off their spiritual union.

Amanda said: "It was terrifying seeing a completely different side to the lovely spirit I had seen before.

“But I knew in my heart that if I didn’t get rid of him, my health was getting so bad, that I was probably going to die anyway.” 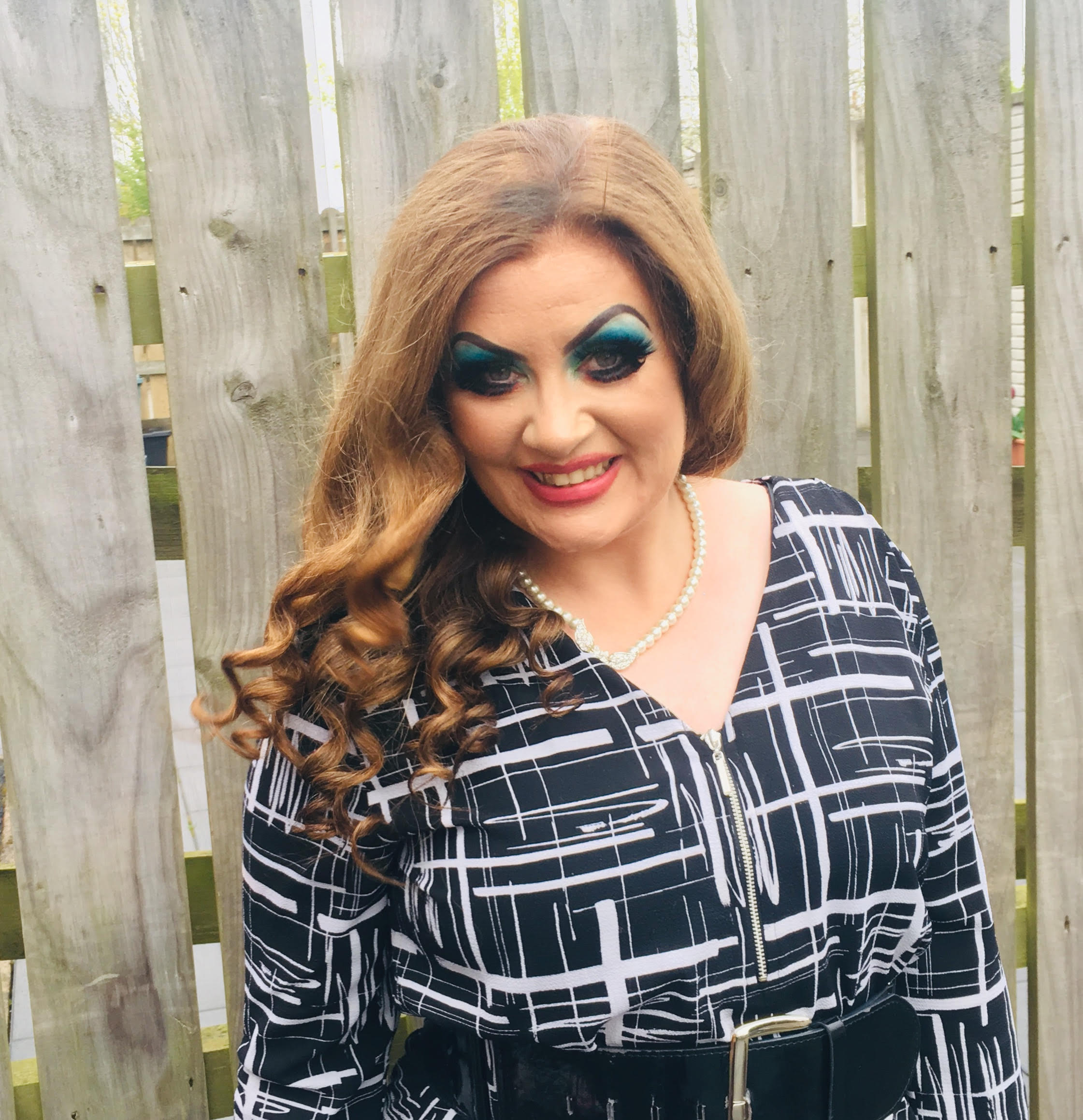 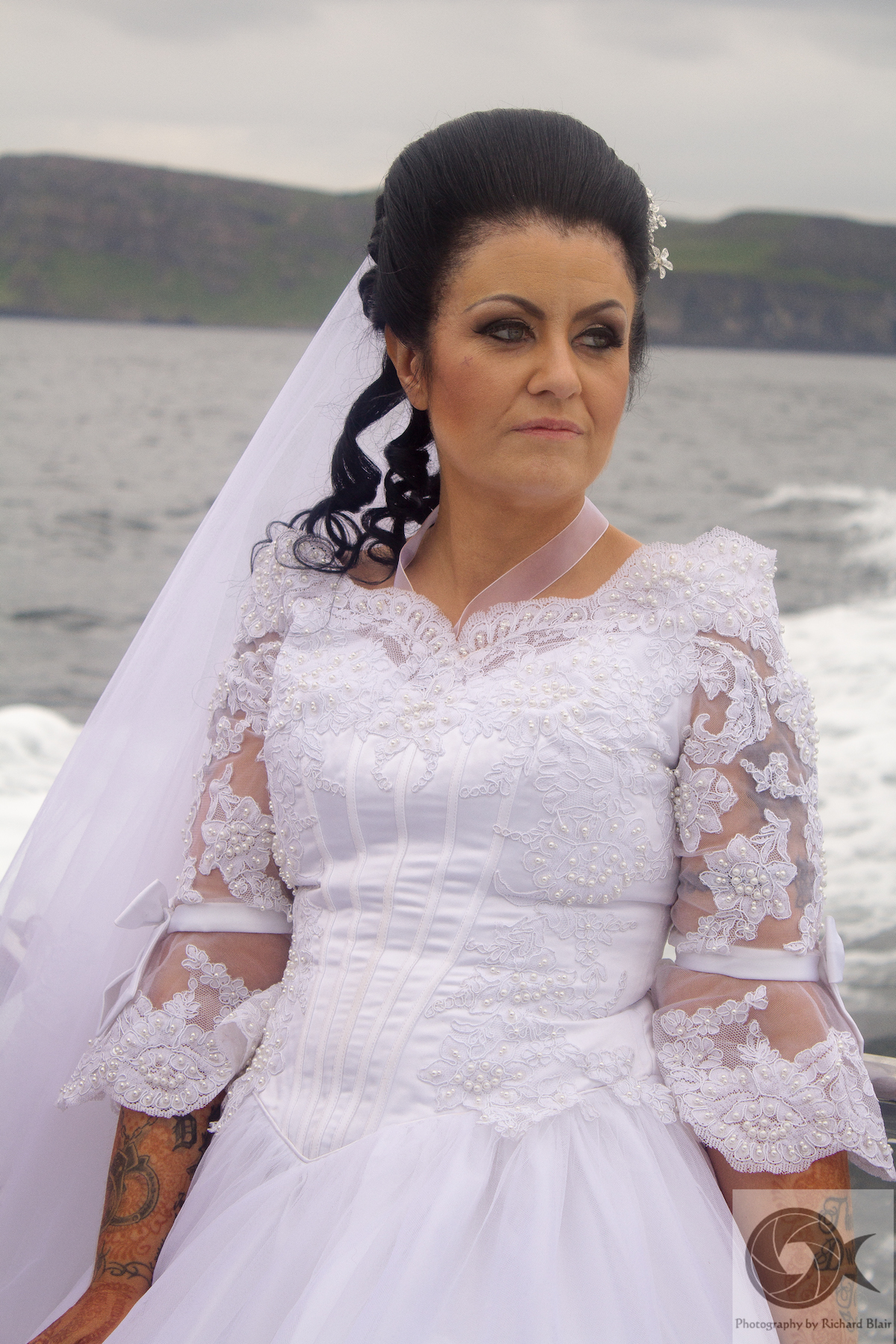 She said: “When you open an account, you should have to provide photo ID. It shouldn’t have to be the case where you have to wait until your account is reported.

“That way, faceless trolls lose their platform and it means that stuff like threats and speech that breaks the law, could be traceable.”

Amanda has started a Facebook page called Stand Together Against Online Trolling, Abuse & Bullying with the hashtag @zerotoleranceforonlineabuse and hopes to support anyone out there who is also suffering from online abuse.

She said: “Not everyone has a thick skin so we want to offer support to people as well, because they are not alone.”

For more info, visit Stand Together Against Online Trolling, Abuse & Bullying on Facebook.

Meanwhile, there's something creepy about the picture on this children's toy… can YOU spot it?

And in more love news woman found an engagement ring in her boyfriend's sock drawer and HATED it – now the internet wants him to dump her.