MANY Brits are lured to Turkey for cheaper cosmetic surgery with a bit of sun thrown in.

But one woman has issued a warning after getting her teeth done there and hailed it the “worst thing” she’s ever done. 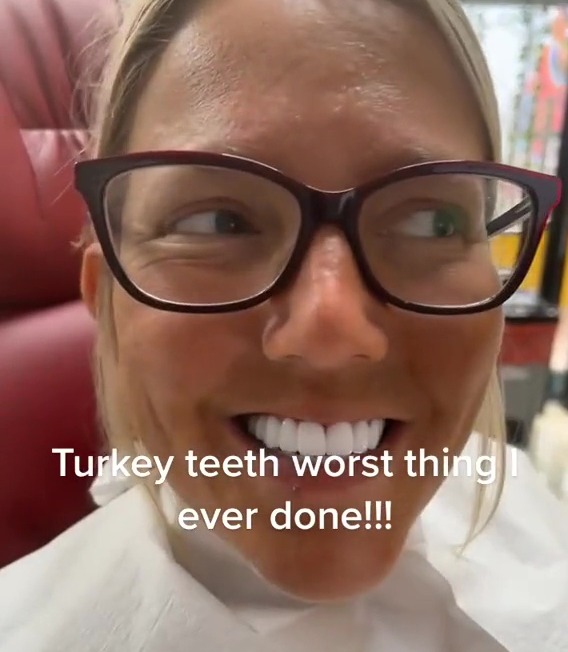 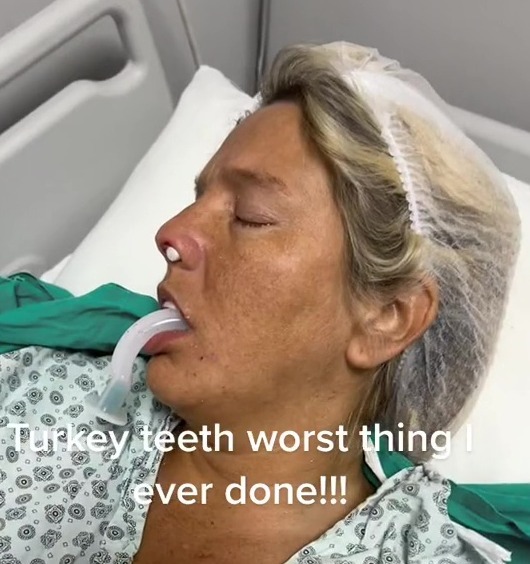 TikTok user @mdcov86 showed off her new set of VERY pearly whites that look so bright that people have compared them to Ross from Friends.

In the sixth season of Friends in "The One With Ross' Teeth", the dinosaur-loving character displays his newly whitened teeth, but they are abnormally bright.

“Why did I ever get these worse mistake ever!! So many gaps so much pain. 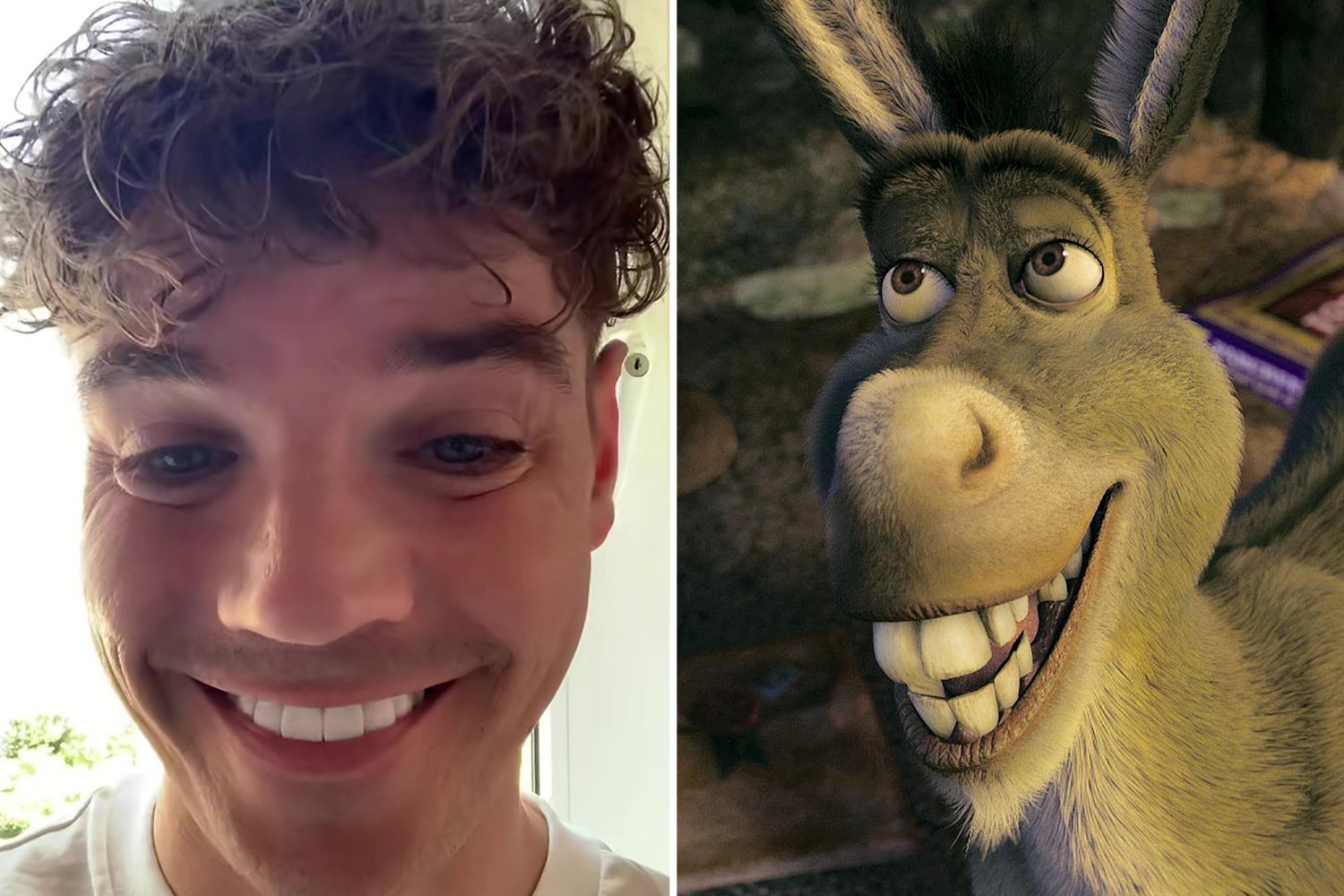 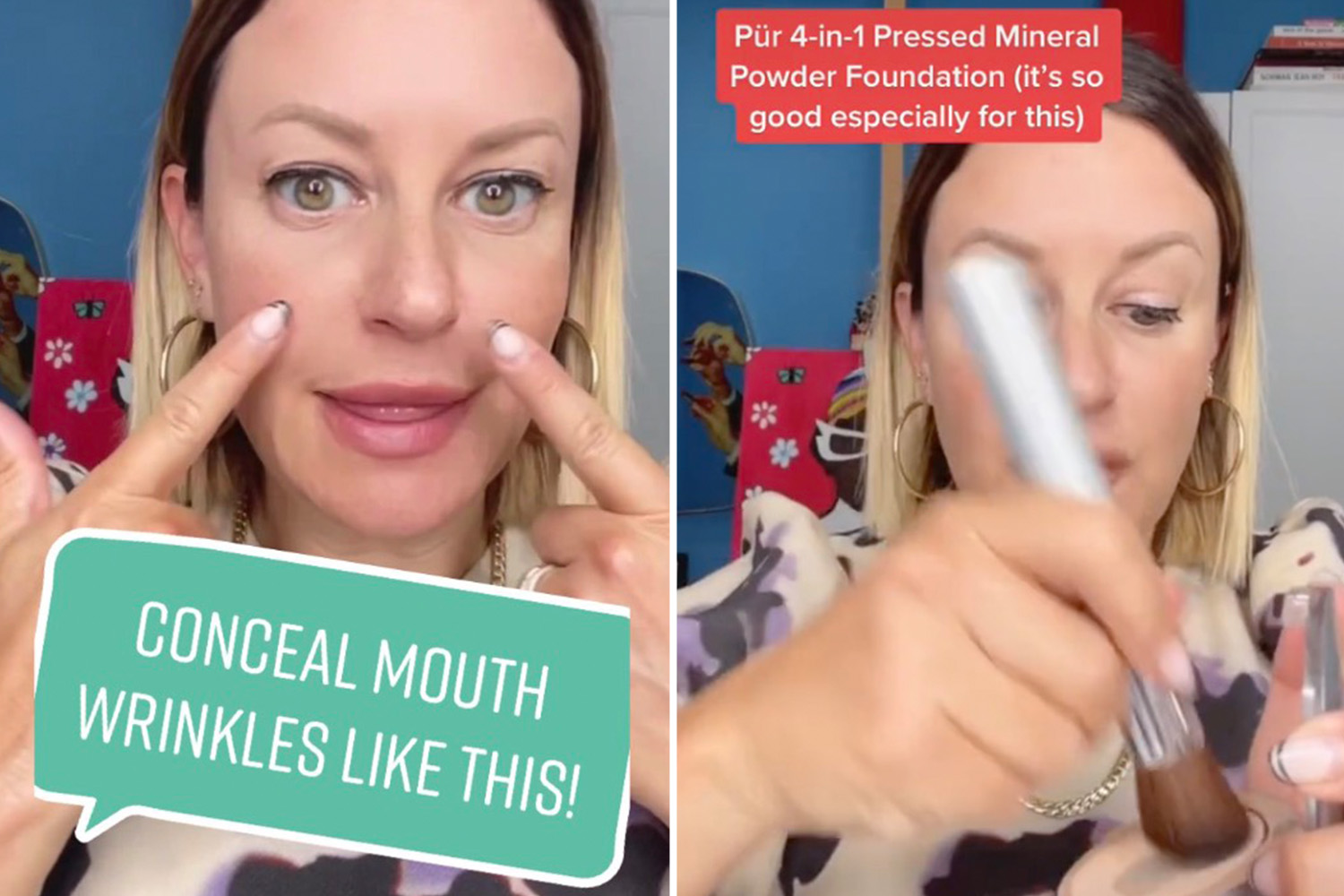 “They really are not worth the money or pain.”

She explained that she had flown to Turkey in April and signed up to get 26 crowns, 14 root canals and five teeth extractions as she was told she needed all her wisdom teeth out.

She continued: “I went through with it, they fitted my teeth on the day I was coming home when I got home I realised one at the back had cracked.”

The woman said she was left in so much pain she now has to brush her teeth with hot water and can’t consume cold fluids – and the issues don’t stop there.

She added: “I have air gaps in between gums and teeth.

“I went to three dentists in Coventry and they said I need a specialist to fix my teeth which will cost me £20-£30k which I can’t afford.”

She asked the Turkish dentist if she could return in June to get them fixed and they said they couldn’t squeeze her in.

She continued: “They said they couldn’t fit me in due to new clients I stated well surely after taking £6,000 off me I should be a priority over a new client.

“Now I am stuck with endless pain in my back teeth and no help with them, would never recommend Turkey teeth to anybody, they really are not worth it!!”

I went through with it, they fitted my teeth on the day I was coming home when I got home I realised one at the back had cracked.

Many people offered up support and encouragement for her, but one said: “look like Ross from Friends” with another adding: “Ross Gellar.”

However, one person wrote: “Thank you for sharing, I was actually going to do this.. I won’t now. I’m sorry this happened to you.”

Dr Trishala Lakhani, a dentist and Miss Universe GB beauty, explains: "It's a massively growing market, not just with young people, but people of all ages. I think a big part of it is the influence of social media and reality TV."

Ex-Love Islander Jack Fincham had his done in the capital Antalya – dubbed Dentalya for its influx of Brits seeking dental treatment – five years ago, about six months before he entered the reality show in 2018.

In a survey of 1,000 dentists, all but 17 cited cheaper costs as the reason patients went abroad for dental work.

Having a holiday thrown into the deal is an added bargain.

Half of the dentists surveyed – 597 – reported seeing complications in patients who had crowns fitted in Turkey. 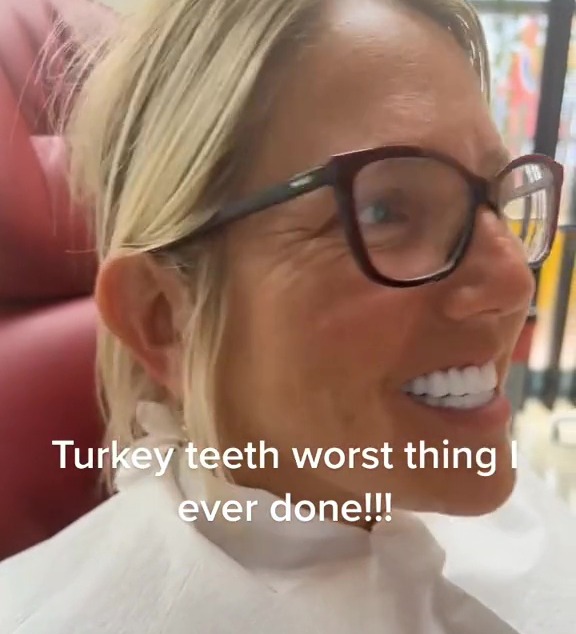