A GREGGS staff member tells how she accidentally charged a customer £8k for a sausage roll and a steak bake.

Clearly forgetting the decimal point on the card machine, Jasmine Olivia said she was convinced she would be fired over the mistake. 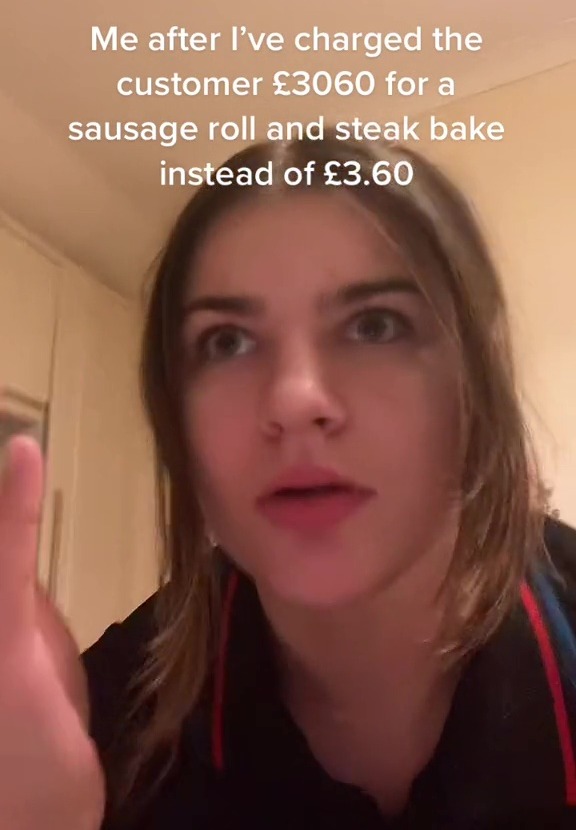 Taking to her TikTok account, the woman explained that she originally thought she had charged the customer £3060 instead of £3.60, but it turned out to be actually an accidental charge of £8k.

Posting under the domain @jazedwards03 she captioned the post: "Fun fact: it was £8000."

Acompayning the post, the woman added the audio which said "Now I'm panicking."

Adding: "No I am because I'm gonna lose my job."

"When it doesn't decline" commented one person.

Another added: "This is the reason I never have more than 100 in my bank, nothing to do with me being poor."

ONE CHELLE OF A GAL

The Queen will have 'formal' Xmas celebration with Harry & Meghan, expert claims

"This is my biggest fear" commented a third. 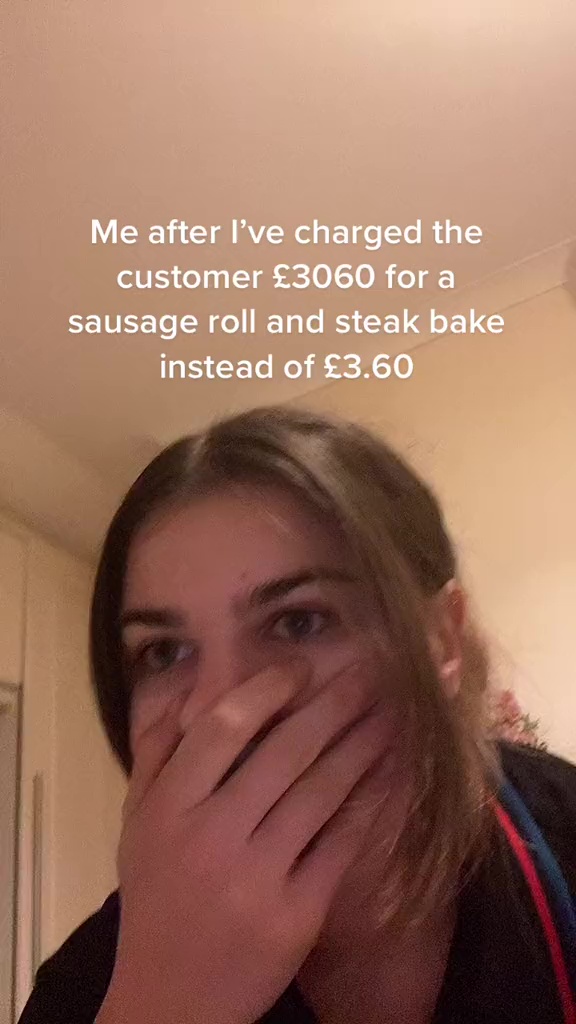 In light of things going downhill, read how this CAKETASTROPHY as Baker shares ultimate wedding cake fail after spending 10 hours cooking only for it to end in disaster

Also, see how one bride-to-be ordered a peacock cake only to receive one shaped like a lopsided turkey.

In related news… I’m a waitress and these are the annoying complaints customers make every day AFTER they’ve eaten their food.