The 28-year-old, from Portsmouth, is now an influencer and sex toy tester, enjoying a lucrative partnership with LoveHoney and raking in up to £6,000 a post 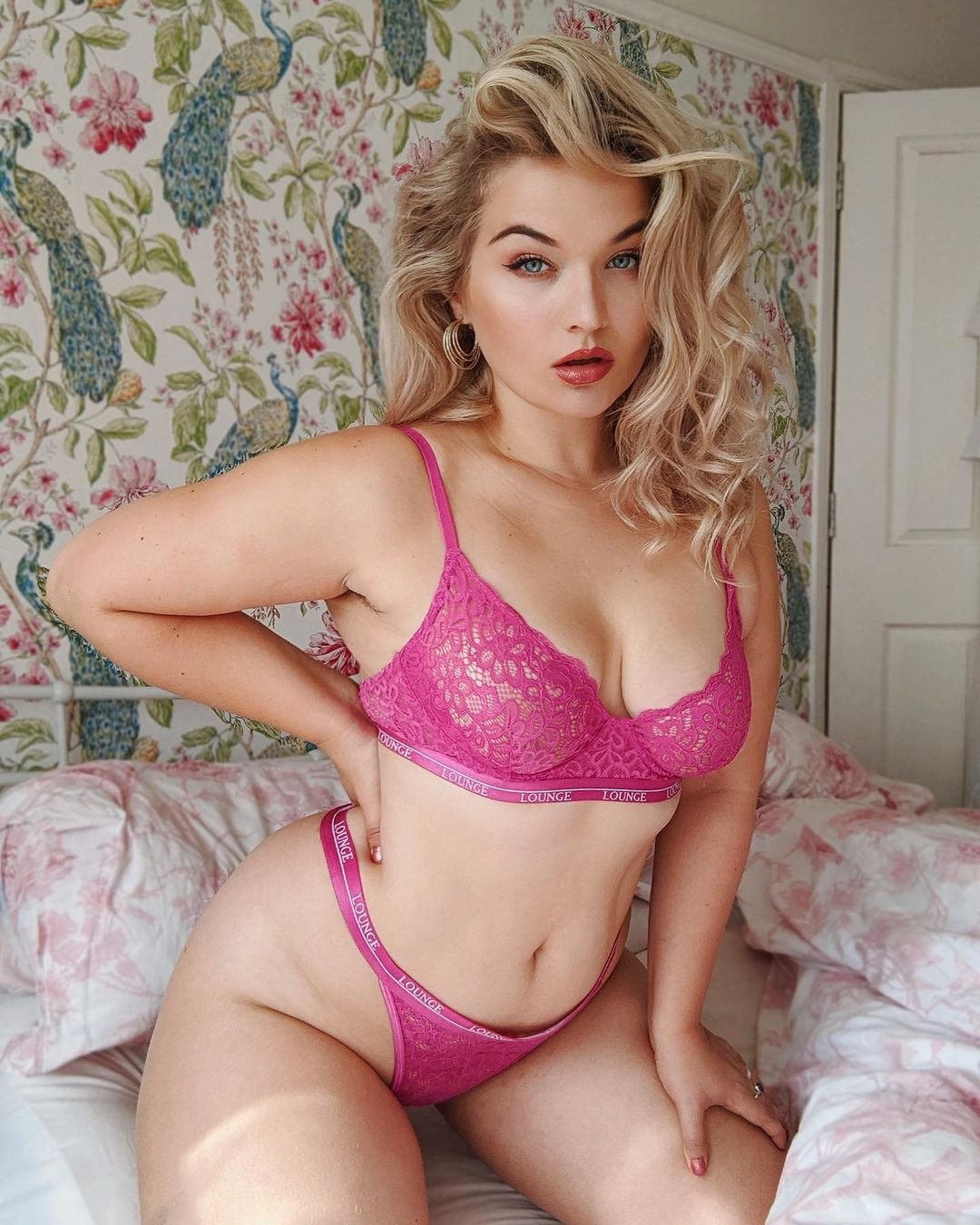 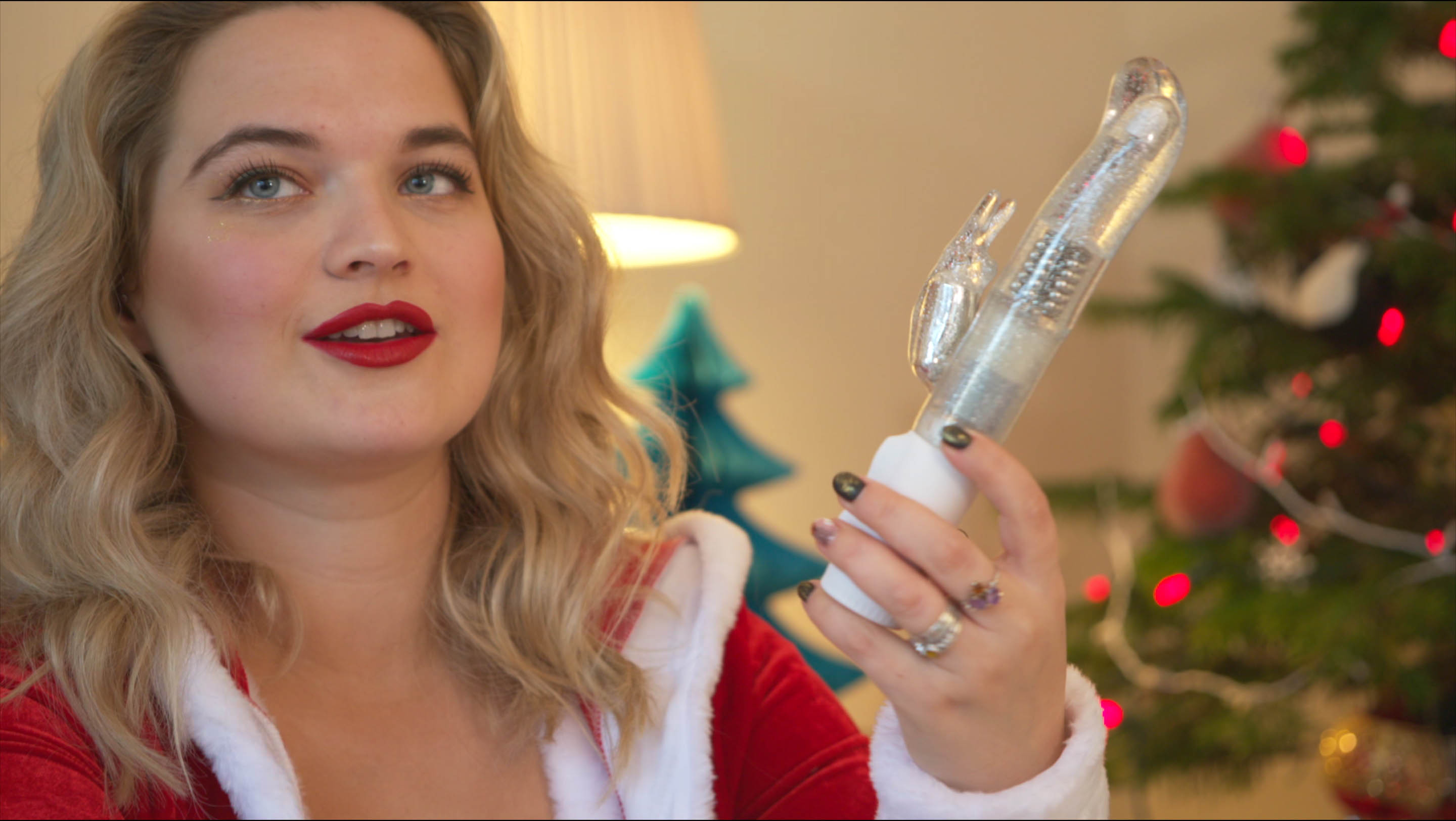 Jess, who appears in the Channel 4 documentary Naughty & Nice: Sex Toy Britain tonight, uses her body positive Instagram page to extol the virtue of sexy lingerie, bondage gear and vibrators to her 500,000 followers.

Understandably, she loves her job.

“It started with me just talking openly about sex and pleasure and then I began working with the sex toy industry," she tells The Sun.

“If you watch any of my ads about sex toys, they're always very lighthearted and comedic because ultimately, sex should be fun.

“We are so lucky that we can have orgasms, because they’re great. And getting paid to have orgasms is an amazing perk of the job.”

Jess is not alone in her love of sex toys. The industry has seen a steep rise in sales since the start of pandemic, with orders at LoveHoney tripling in the first lockdown to a whopping 19,000 orders a week.

The documentary goes behind the scenes at the company, which is the UK’s biggest supplier of sex toys, as the Christmas rush gets underway.

ONE CHELLE OF A GAL

The Queen will have 'formal' Xmas celebration with Harry & Meghan, expert claims

Jess – whose bedroom shelves are adorned with butt plugs and sex manuals – is seen filming an Instagram post, unpacking a box of assorted LoveHoney products in Santa’s Sexy Grotto, and she has plenty more where they came from.

“I usually test about two or three products a week, and there’s a wide variety.

“Right now I've got about 250 different sex toys in my garage, not including the multi-packs.

“I have a partner that I try some things with but it's mostly just me because my job is to gauge what women would enjoy by themselves.

“I do talk to couples as well, but for the majority of the time, I want to talk to women who are exploring sex and maybe trying sex toys for the first time, or wanting to get a little bit more advanced.”

'Mum wanted me to enjoy sex'

Jess’s journey into body positivity and sexual pleasure began with that unusual gift from her mum – a Rampant Rabbit.

“I was really anxious about my first time, because everyone talks about how it's going to hurt,” she says.

“But my mum is an incredibly open person, very sex positive and she's also a nurse so she's seen it all.

“So while most parents have conversations with their kids about STIs and pregnancy, she also wanted me to actively enjoy sex, because she knew I was probably going to engage in it at some point.

“Women and girls go into sex not really knowing what they're doing and can end up being used or treated poorly during sex, but she wanted me to understand my own body, understand pleasure, and what makes me feel good.

Frank and funny about her own sexual experiences, Jess admits her enthusiasm for her job has caused a mishap in the past.

“On one occasion, I had a toy that I liked so much that I used it too much and ended up causing an injury,” she laughs.

“You're probably not supposed to use it over and over again.

"But I had a day off, I think I was hungover and I was loving this toy, which was absolutely amazing, so I got a bit carried away.”

Despite trying hundreds of sex toys over the last few years, Jess is still a fan of the popular Rabbit – her first ever model.

“In fact, you can’t beat the classic Rampant Rabbit, and that’s what I would gift to my friends. It’s timeless.

“For couples, I would probably recommend something you can use both internally and externally and can be controlled remotely.

“Bullet vibrators are great if you're having sex in a missionary position because you can put it between you and it will give you that gorgeous buzz that you might need.

As part of her mission to make women feel good in the bedroom, Jess has some sage advice for men.

“I wish it was something dirtier but the key thing to pleasing women in the bedroom is communication,” she says.

“Maybe she doesn't want to be treated roughly, or there are certain things that she doesn't necessarily want, so you need to ask your partner what they enjoy and listen to her.

“Also, penetrative sex is not the be all and end all. It takes women about 20 minutes to become fully aroused, but when it comes to foreplay, men often see it as the starter and want to get it over with as quickly as possible to get to the main course.

“That version of sex is great for the guy, but very boring for the woman because it's not hitting the spots we need in order to have a full sexual experience.”

“There are too many men who don’t like their partners bringing sex toys into the bedroom because it makes them feel emasculated but I think that's incredibly boring and an outdated view,” she says.

Jess, who was bullied at school for being overweight, now proudly models lingerie on her Instagram page and says her life changed when she came to terms with her own body image.

“I thought being thin was the answer, and for a while it really did feel like that was the case,” she says.

“I lost a lot of weight and it felt like I'd found the answer to what it means to be successful.

“Then I went on this journey where I found feminism and found out how important it is to like your body, because it is the thing that takes you through every day, it is the most amazing biological piece of machinery that we will ever have.

“That’s why I'm so interested in the vulva and sex and orgasms because it's really about how you feel in yourself, it's not just about how good you look.”

Naughty & Nice: Sex Toy Britain is on Channel 4 at 10pm 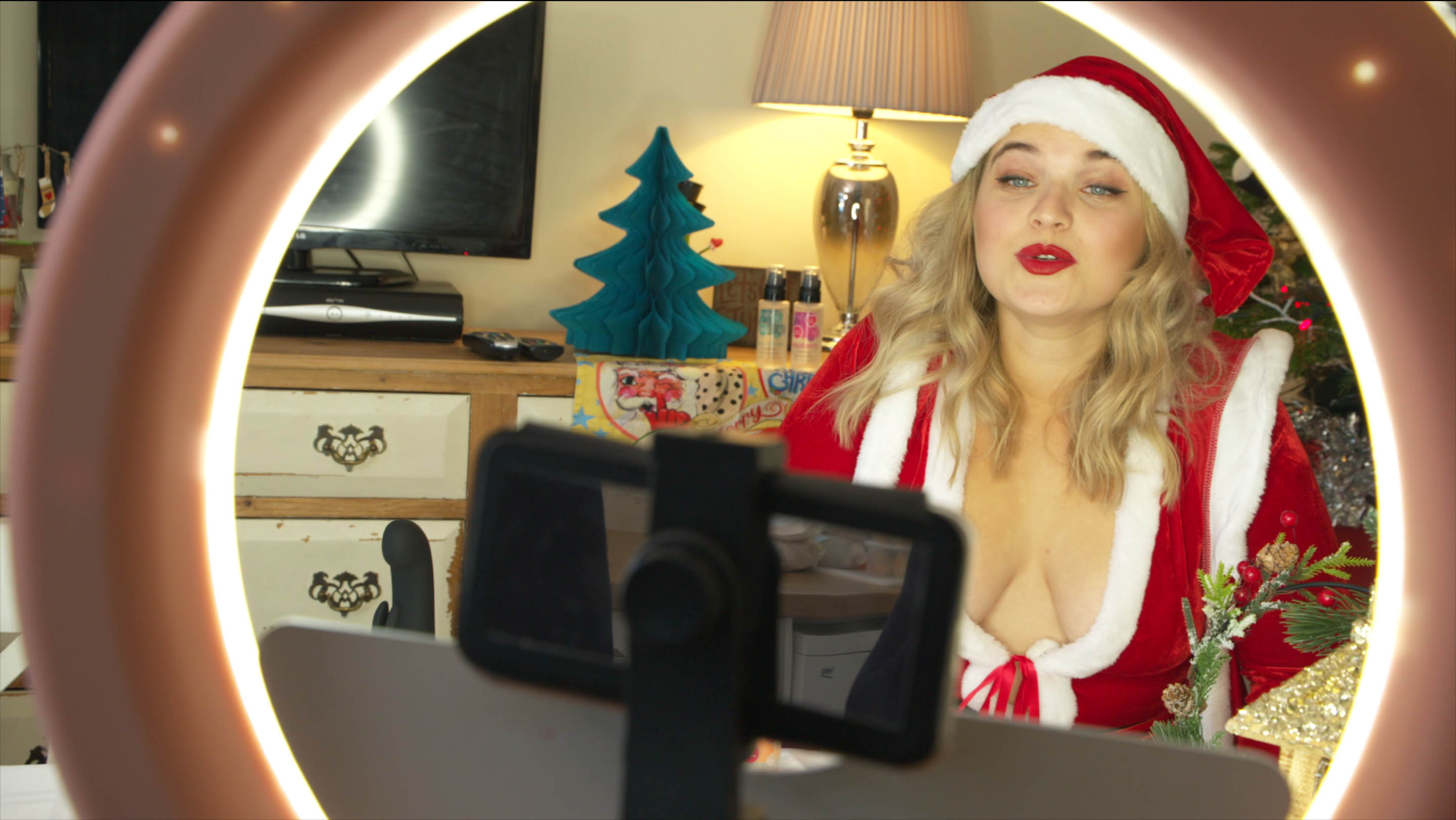 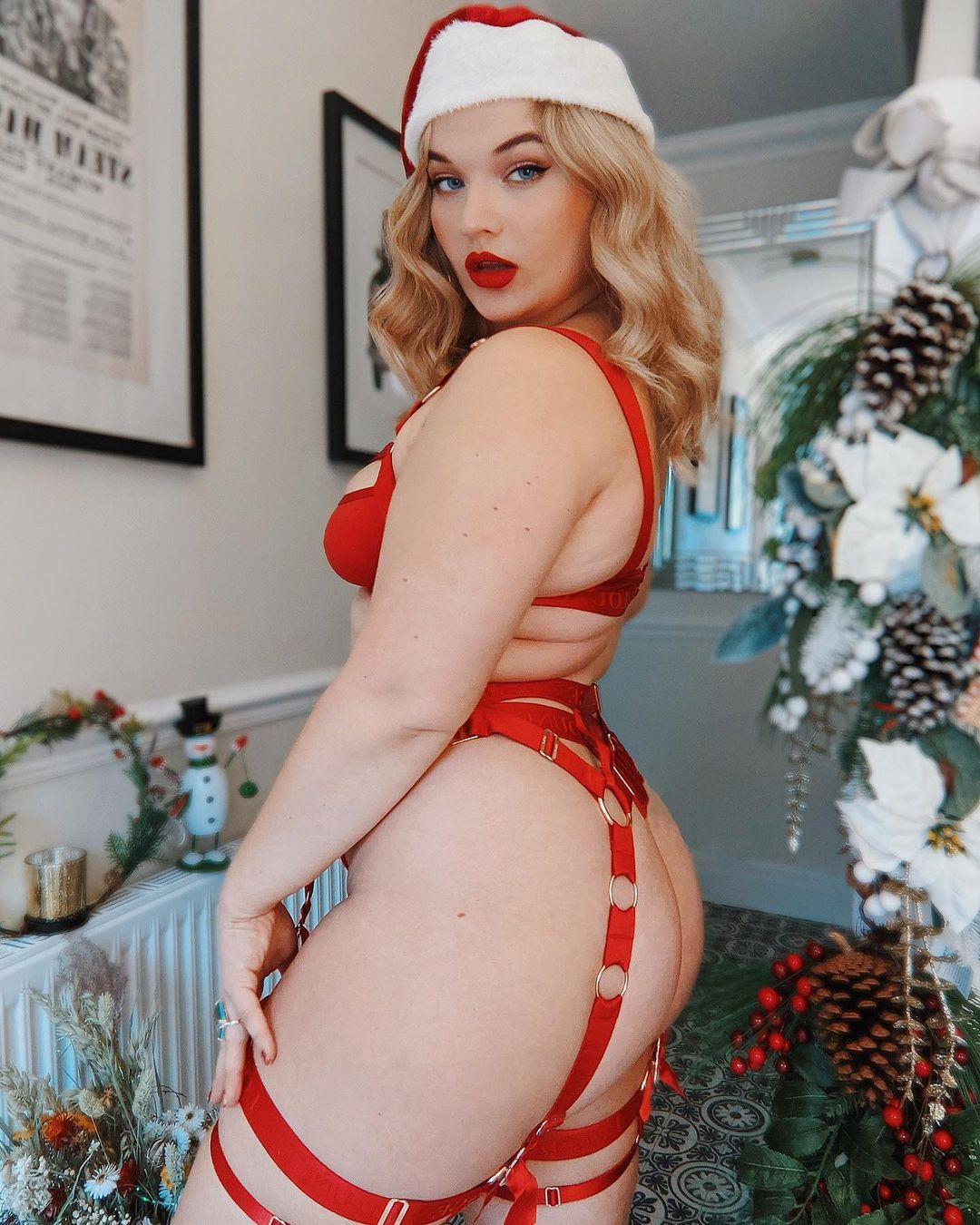 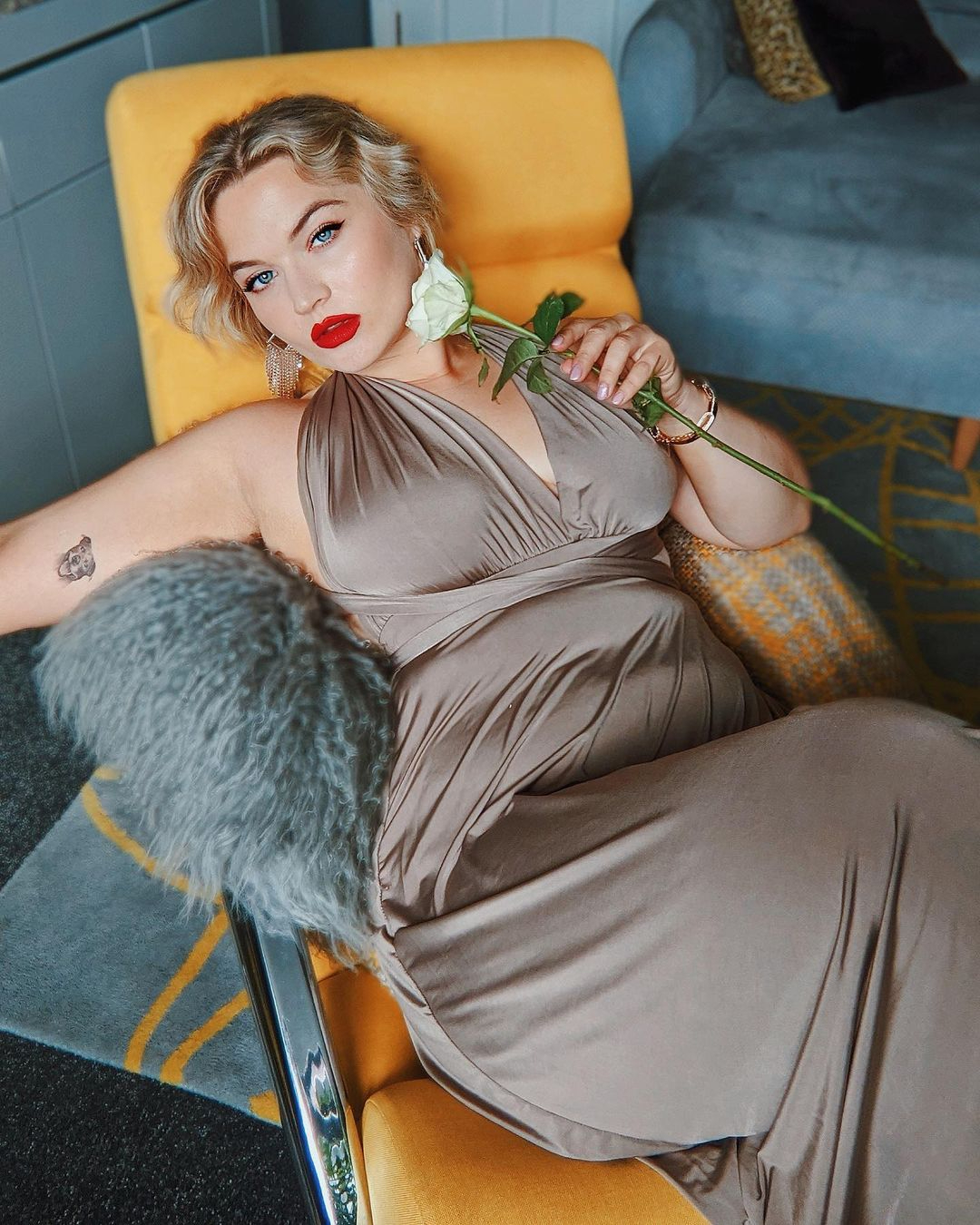