A MUM has revealed she’s spending a whopping £10,000 on her two kids' Christmas presents this year – including a car.

Raj Gill appeared on This Morning to chat about presents with Eamonn Holmes and Ruth Langsford, detailing the extensive gifts she’s lavishing on her teenage kids. 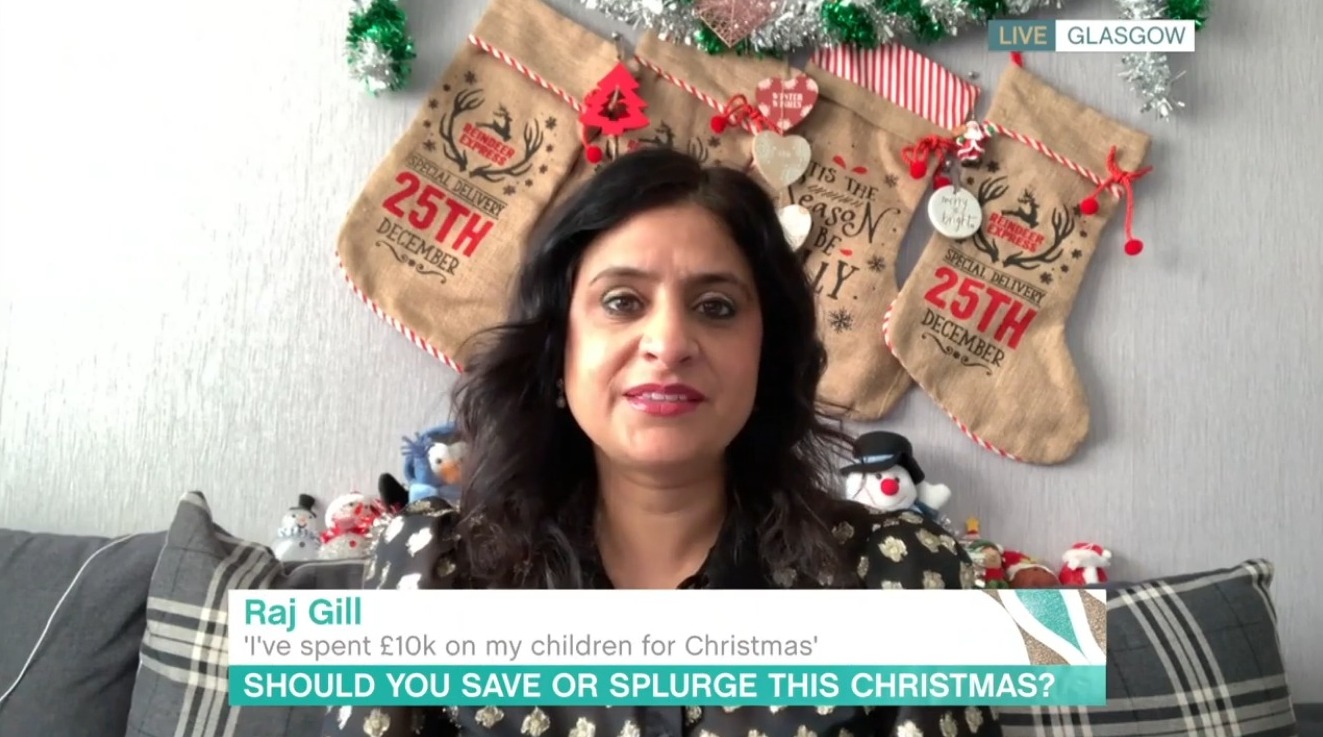 Raj is sparing no expense when it comes to her son and daughter’s gifts, as she told the presenters: “I'm going to have a massive blow out. I'm going to spend, spend, spend.

“They rarely ever ask for things.” 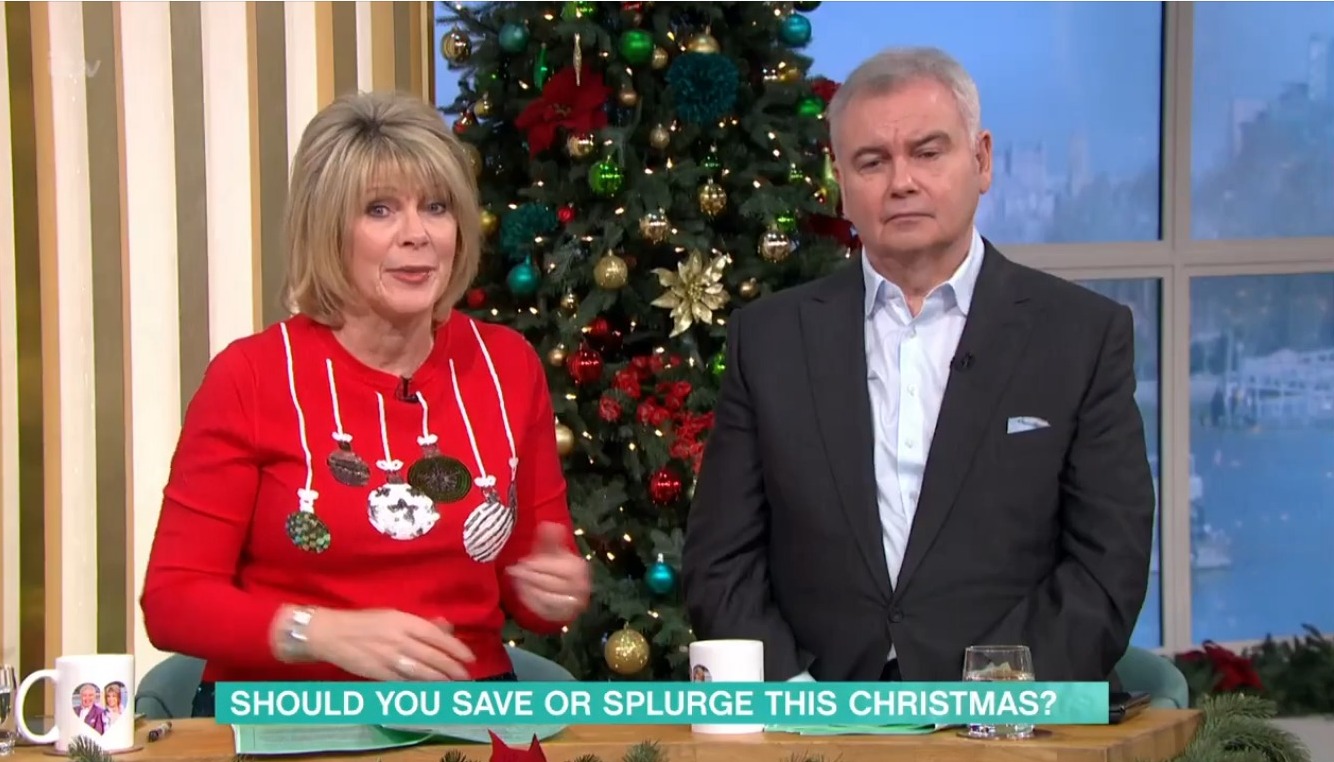 But Raj, from Glasgow, defended her decision to splurge this Christmas, after going through an extremely difficult year due to the pandemic.

She said: “It's been a really tough year. We're BAME, so we’re more susceptible to Covid and they've handled it beautifully considering what they've been through.

“They’re just really good kids and we really want to spoil them.”

Raj is planning on treating her 17-year-old daughter to a car, while her 15-year-old son can expect to unwrap the latest gadgets. 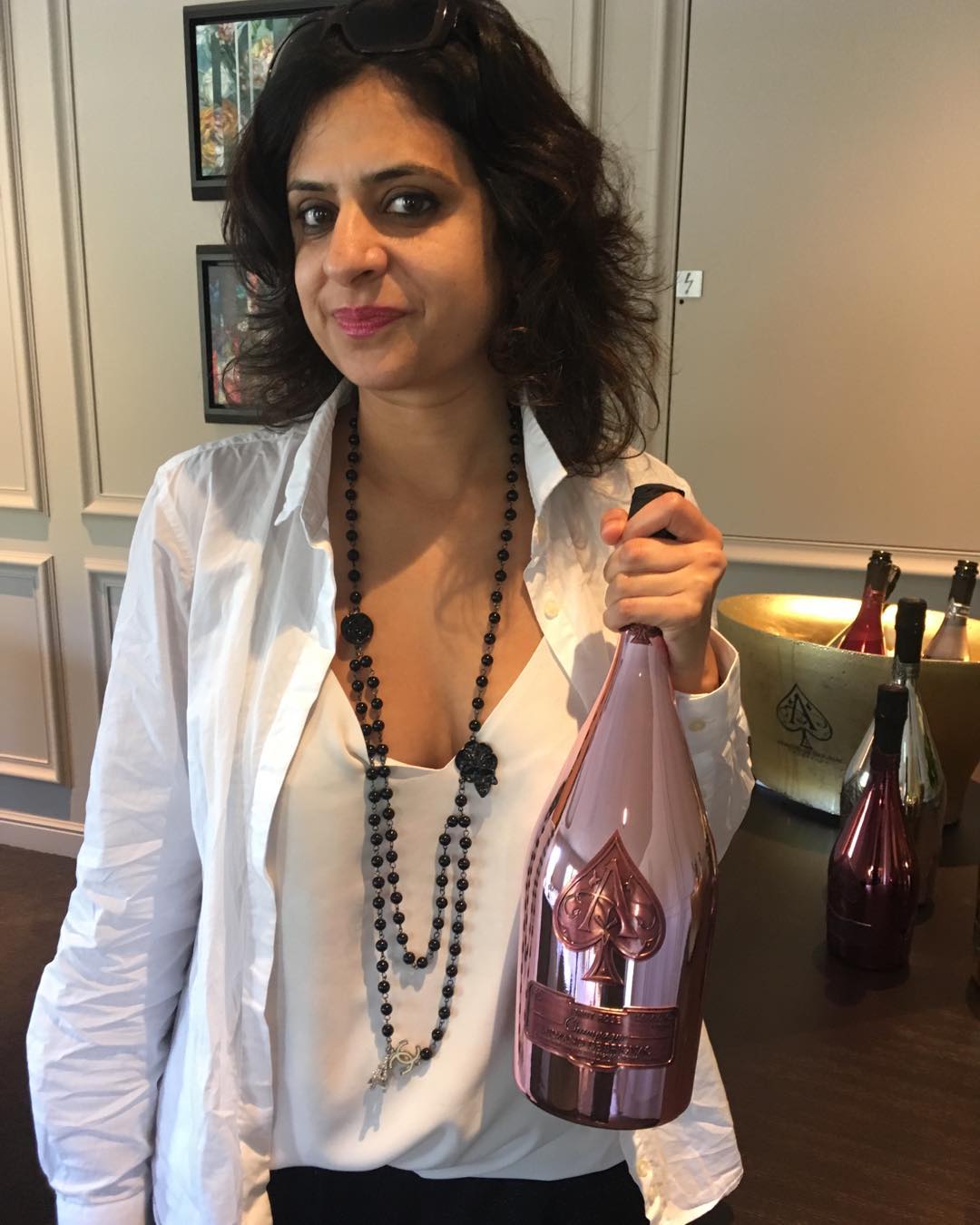 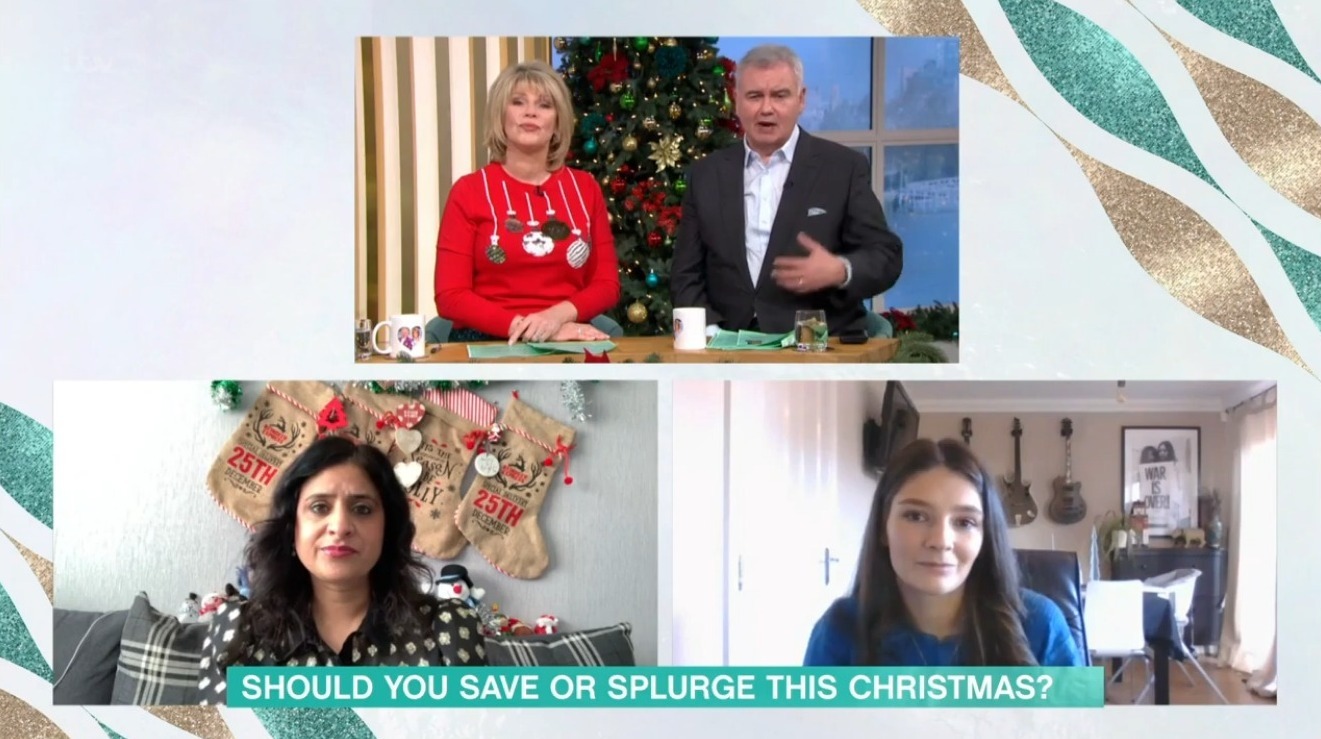 The mum said: “She turned 17 so we’re buying her a car. And lots of beauty products, she’s really into skincare so we’re going to get her the Heaven ‘12 Steps to Perfect Skin’, things like that.

“He’s a gamer so he’s really into PS [PlayStation] games, and he wants a console and a monitor and things like that, and tablets and gadgets.”

She revealed she was spending thousands this Christmas, admitting: “It all adds up doesn’t it.”

Raj told Ruth and Eamonn: “The car I’m looking at is about £8,000, but she deserves it. She’s a straight A student, and she’s never asked for anything. 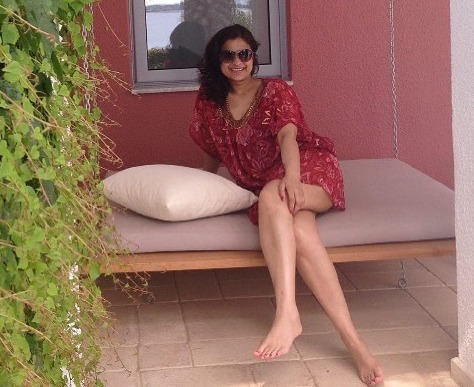 “And the gadgets they all add up,  y’know if you’re buying a new cellphone, it’s about £800, then you’re getting tablets and things like that.”

Viewers have slammed Raj’s decision to splash the cash on her kids, claiming £10,000 is extoriate.

Taking to Twitter, one person raged: “#ThisMorning thousands of pounds on Christmas presents is ridiculous… I don't care that "this year is rubbish" there is no need to go over the top."

Another pointed out: "I don’t think people need to hear about someone having the ability to spend £10k on their children at Christmas when some people are struggling to even put food on the table after this year." 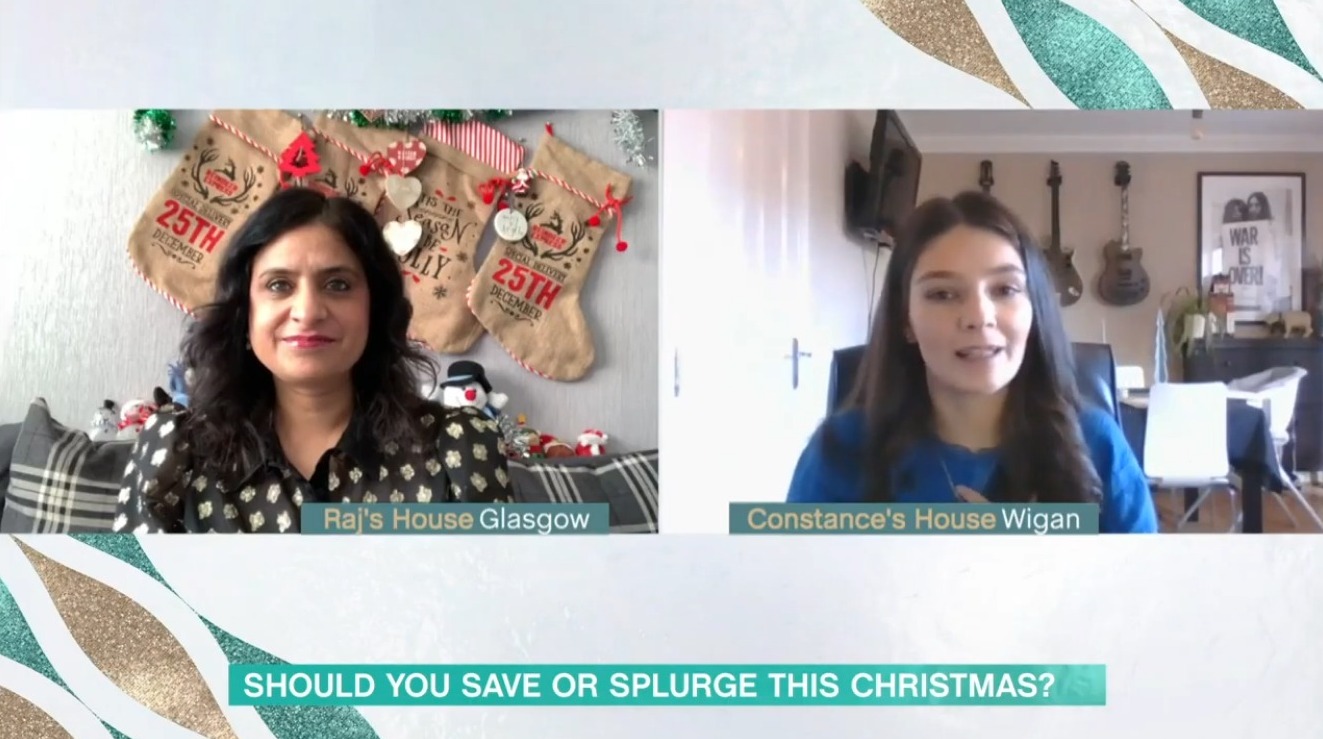 A third fumed: "£10k on Christmas presents is ridiculous. #ThisMorning.”

This person wrote: "Whatever happened to you get what you're given? Jesus, no pressure needed whatsoever! It's one day! #Christmas #ThisMorning."

In contrast Constance urged Raj, and fellow Brits, to buy “at least one gift” from a charity shop, saying Christmas is about making memories with kids, rather than pricey toys. 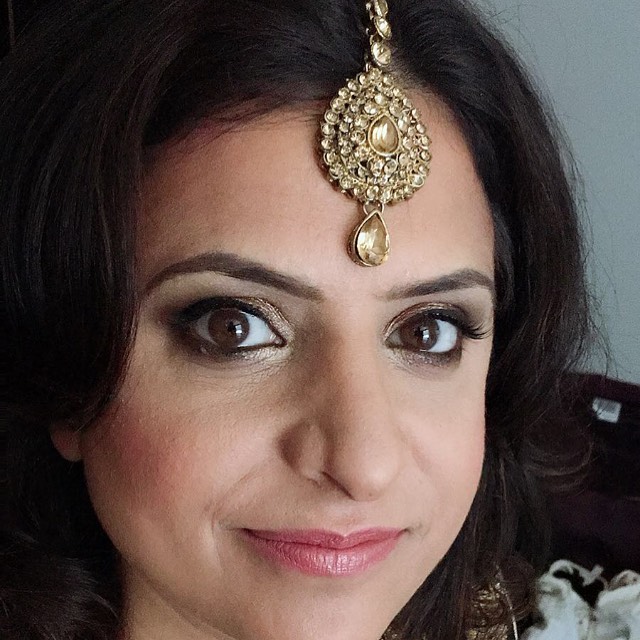 While this girl’s Santa letter goes viral after saying she ‘tried to be good but failed miserably’ then demands AirPods & a holiday.

And this mum claims people call her 'cheap' after she admitted buying all her presents second-hand.