A WOMAN revealed she buys used ‘crusty’ thongs from charity shops to try and seduce her husband.

The woman, called Apple, appeared on TLC Extreme Cheapskates, sharing her tips to get a makeover on a budget. 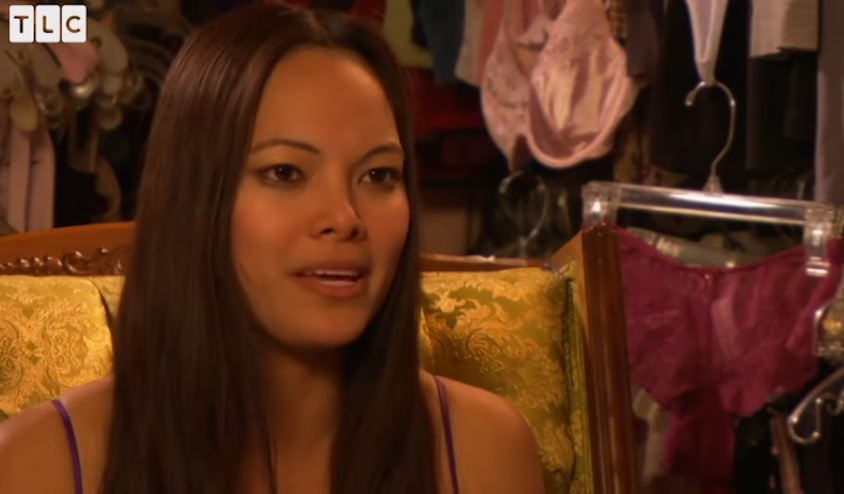 She says women can spend hundreds of dollars on themselves in preparation for a romantic night, but she’s doing it all on a shoestring budget.

Apple, from the US, says: “I plan to put the spark back in our relationship by surprising Vic with a romantic evening.

“I’m going to go all out with my full-on body makeover.

“The typical lady spends hundreds of dollars in the salon doing their hair or waxing. But I’m going to find a way to spend under £71.34 ($100) for makeover.” 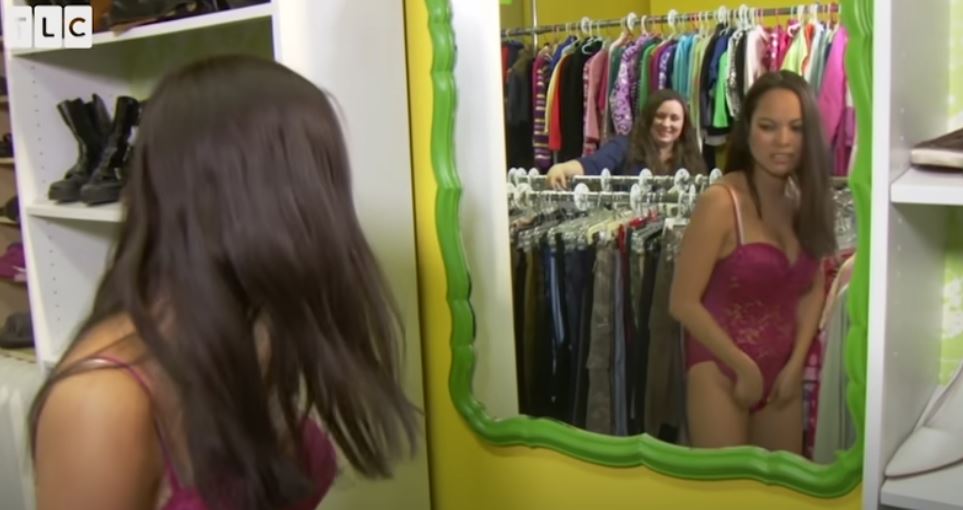 A sexy outfit is key for a night of passion, so Apple heads to her local charity shop to rummage around the rails of used underwear.

She admits it’s an unusual place to shop, saying: “Buying lingerie in a thrift store is a great way to spice things up in the bedroom.

“Some people think shopping at a thrift store for lingerie is gross, but I don’t see anything wrong with it.”

Apple picks up a few outfits and heads to the changing rooms. 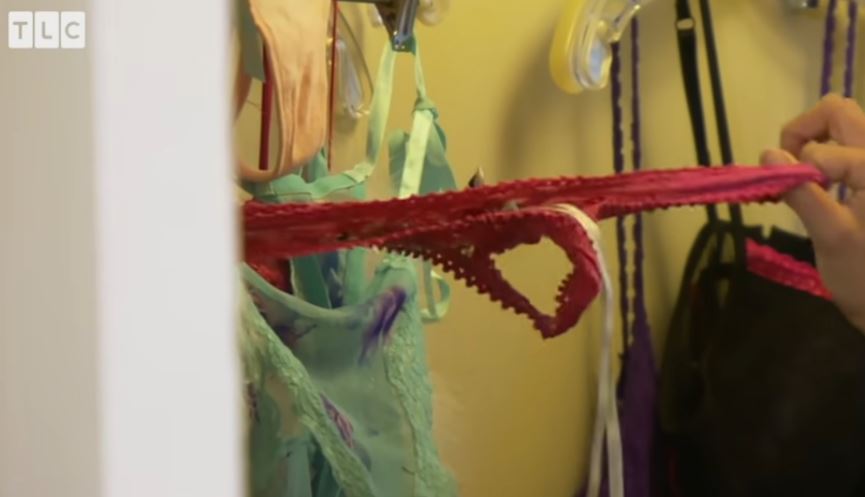 And after smelling some knickers, she thinks out loud: “I wonder how many people have worn this thong before. It looks a little crusty too.”

She tries on a trio of outfits – marching to the mirror on the shop floor in front of horrified customers to see how she looks.

After getting some advice from fellow shoppers, she settles on a black babydoll, but there’s just one problem – the price. 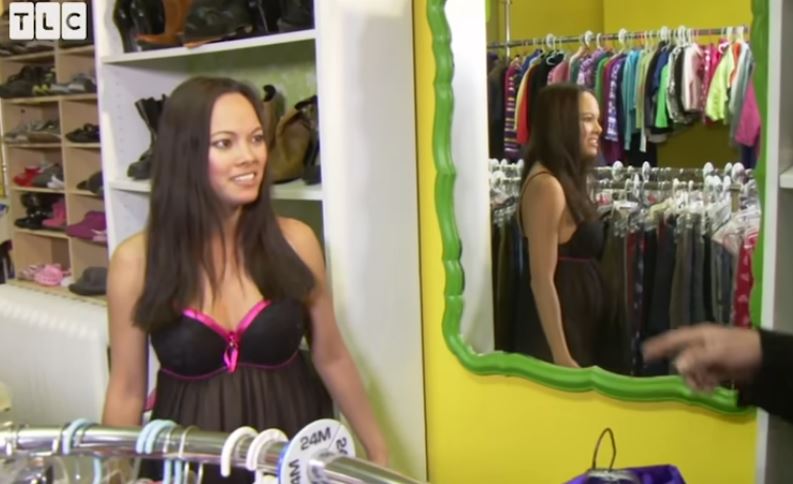 “If I buy both would you lower the price for me?” she asks him, as the clearly shocked clerk says: “We really don’t do that.”

Although the customer who gave her fashion advice seems shocked at her bartering, saying: “The haggling, I wouldn’t have gone there. I don't think people should go into thrift stores looking for a bargain and asking for more.” 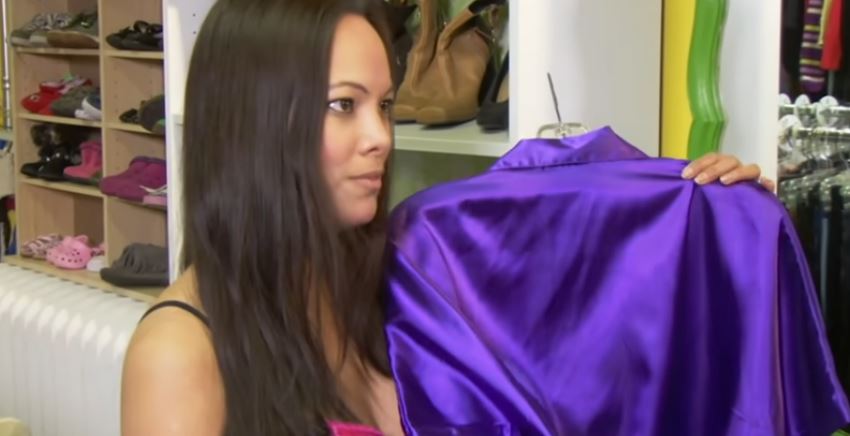 As well as the outfit Apple also heads to a salon to get her hair done and her legs waxed – cheapskate style.

Shocked, the staff member tells her she booked a £46.37 ($65) dollar appointment, but Apple manages to talk her down.

But she’s not done haggling yet, as she then asks her to put extensions in her hair, adding she brought her own weave. 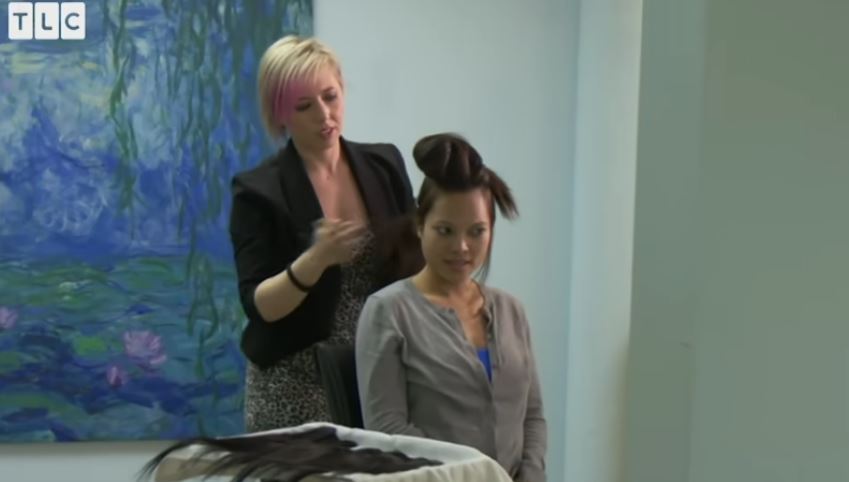 “I’ll just pay the service fee,” she tells the unimpressed stylist, who promptly tells her there isn’t enough for her head.

Apple has a plan for that too, as she simply says: “I was thinking maybe if you have extra hair laying around I could use it on my head.”

The therapist tells her: “The only hair we would have in the salon right now is stuff that we’ve taken out of other people’s head and we’re going to throw it away.”

That’s not a problem for Apple, who replies: “Well you’re going to throw it away anyway so why not put it on my head.” 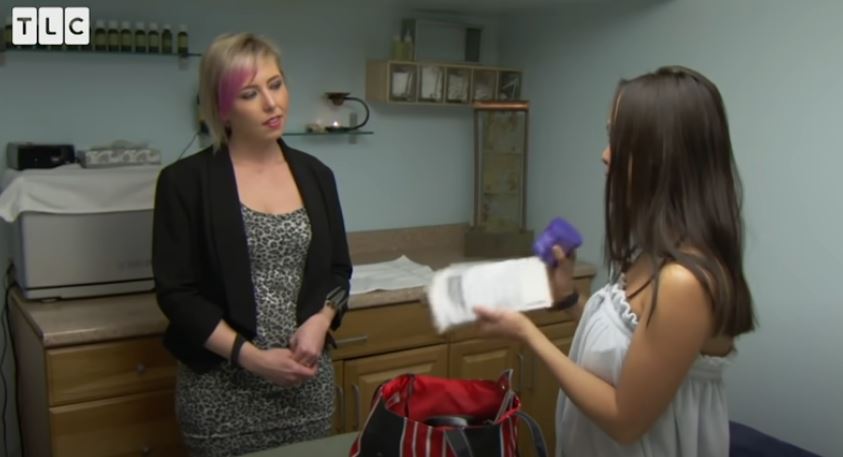 In the end the staff member is forced to get her manager, who firmly tells her: “Unfortunately we are not able to do that, it’s not sanitary for us to do that.”

Last on Apple’s makeover list is make-up, so she heads to a local store looking for sample. But when she finds the lipgloss £15.70 ($22), she tries to haggle. 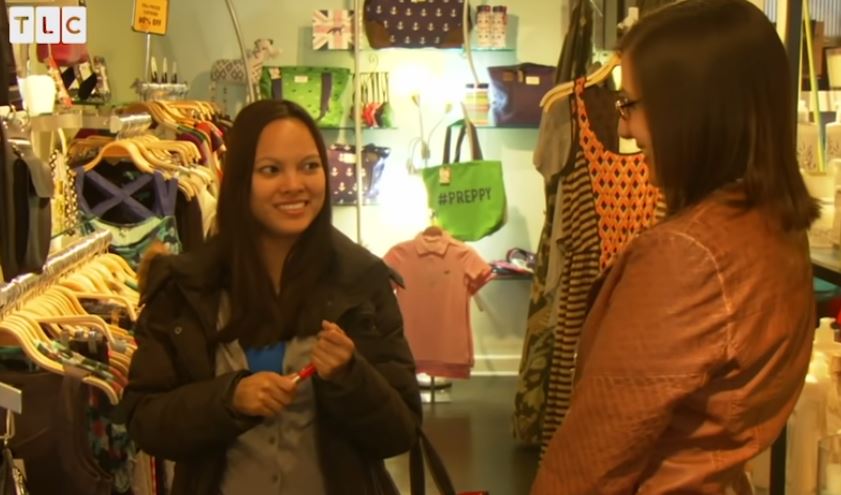 Despite giving her the goodies, the staff are less than impressed with her attitude.

The clerk tells the camera: “She’s a nice girl but she comes in here all the time and she never wants to buy anything.

“We’ll give you a free sample but it would be nice if you would buy something from our store once in a while.”

She reveals all to husband Vic when he comes home from work, who remarks: “You never do this.” 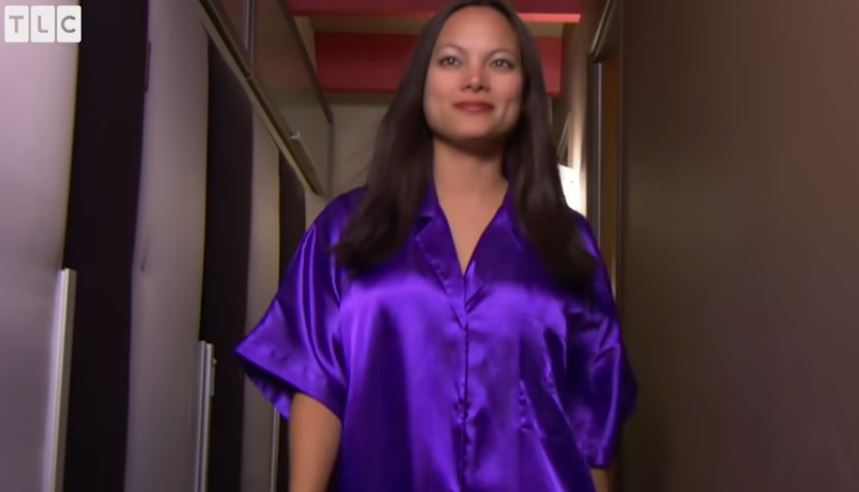 While this woman who can’t afford a pair of Louboutin’s reveals her sneaky hack to recreate a pair on a budget.

Plus shopaholics show off HUGE piles of packages – admitting they feel ‘stressed’ if a delivery doesn’t arrive every day.

And this mortified woman buys backless jumpsuit online – but it doesn’t even cover her bum in embarrassing wardrobe malfunction.