SHE has been a supportive presence for NHS staff in lockdown – speaking to everyone from midwives to intensive care nurses and mental health workers via video call in lockdown.

But is Kate Middleton showing just how much she cares in another more subtle way? 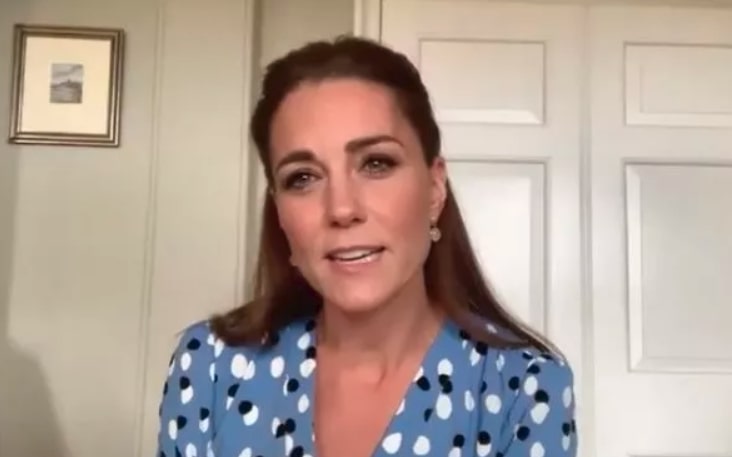 The Duchess of Cambridge, 38, has worn the colour blue numerous times in the past two months – a shade very much associated during the coronavirus pandemic with the heroic NHS.

While rainbows have become a symbol for our health service, the weekly 'clap for carers' held at 8pm every Thursday has also seen famous British landmarks such as The Shard, Wembley Stadium, BT Tower and Piccadilly Circus turn everything from azure to cobalt as a mark of support.

It seems the royal mum-of-three is using her wardrobe to follow in their footsteps and reflect the national mood – something she did earlier this year with her dazzling array green looks on the Ireland tour.

She has long been a fan of the colour sartorially-speaking – one of the most iconic examples being her navy blue Issa wrap dress for her engagement announcement with Prince William, 37, in 2010. 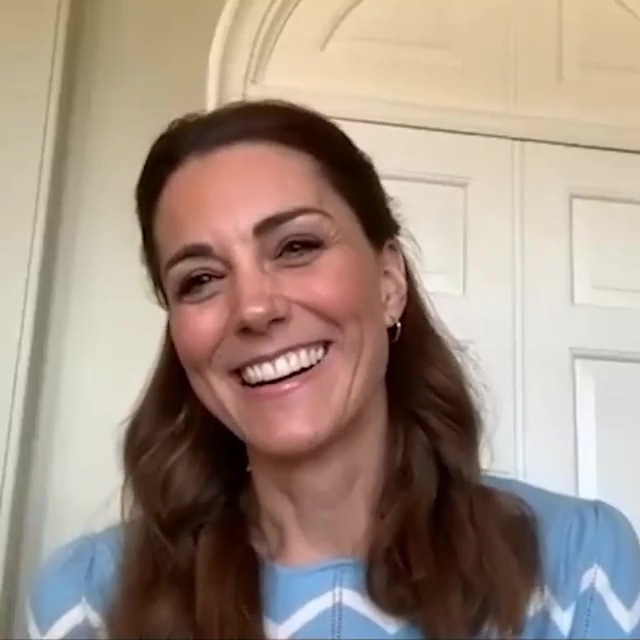 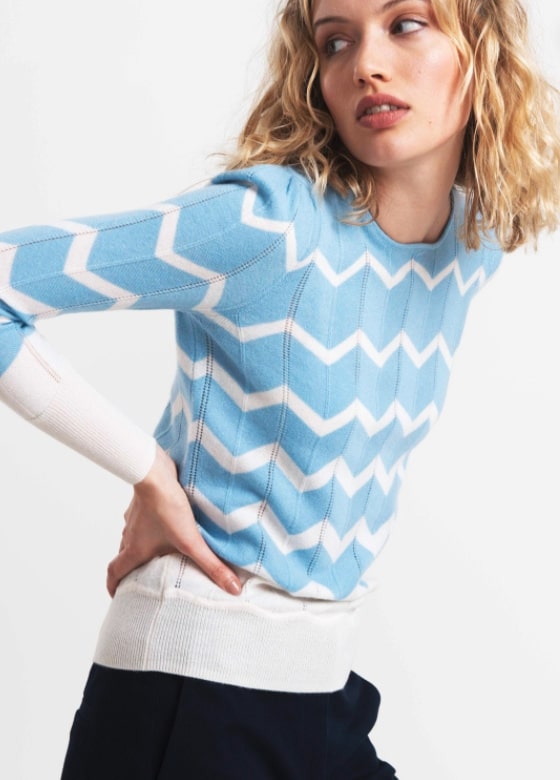 A decade on, Kate has enlisted the regal shade once more – and is putting her love of blue to good use, with everything from dresses to jumpers.

This time, however, she is opting for lighter versions of the colour, which are not dissimilar to the 'scrubs' traditionally worn by medical staff.

She previously wore the £1,700 frock, by French designer Joseph Altuzarra, for an outing to a school in 2016. 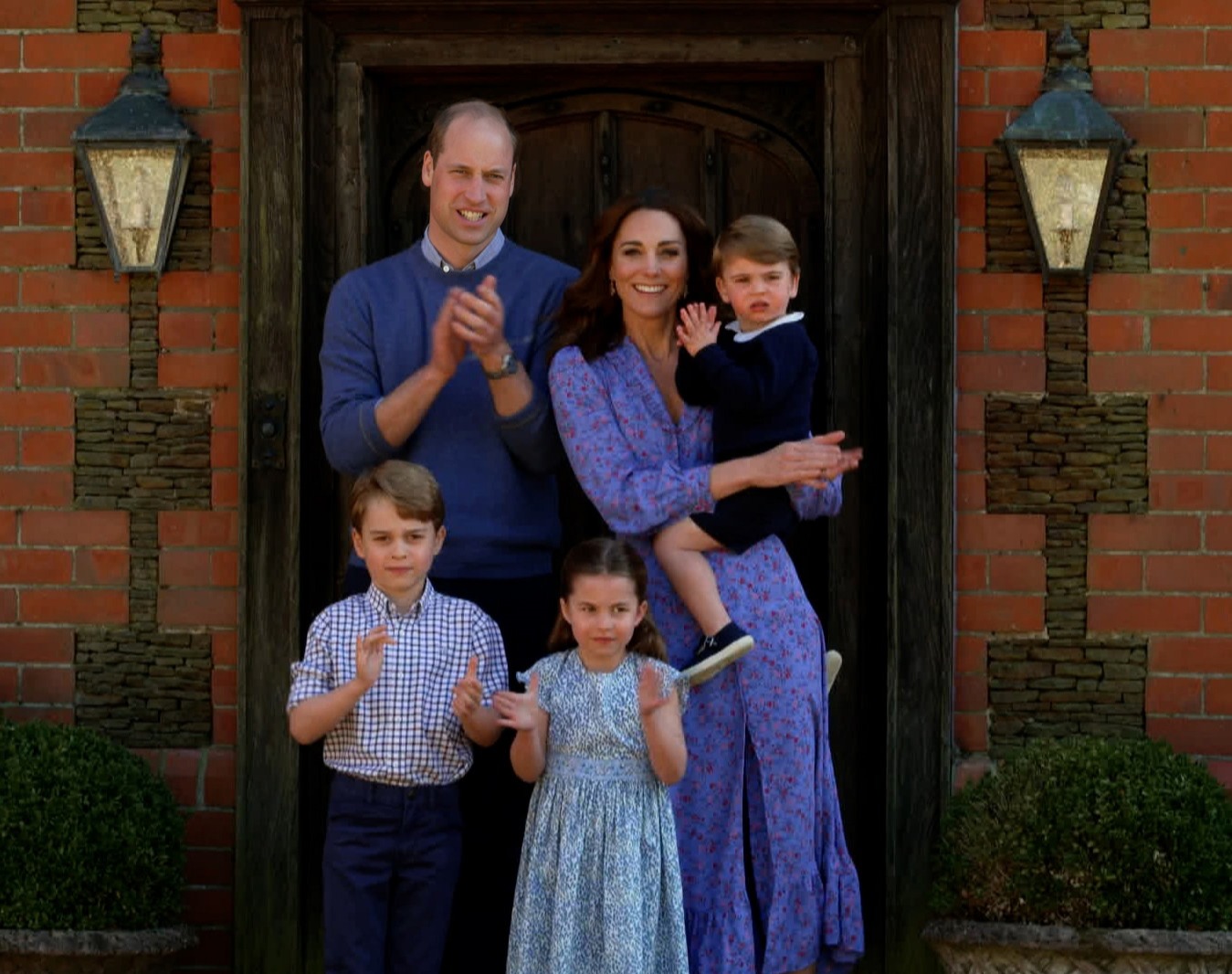 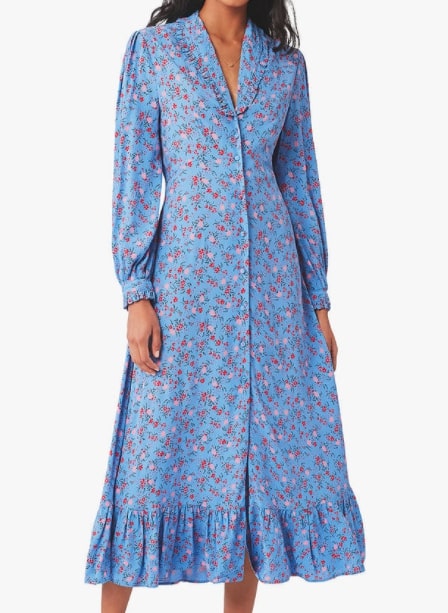 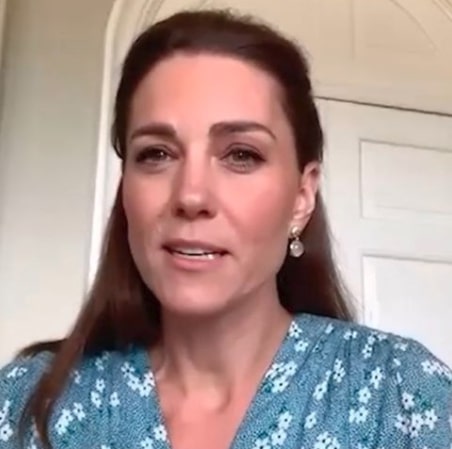 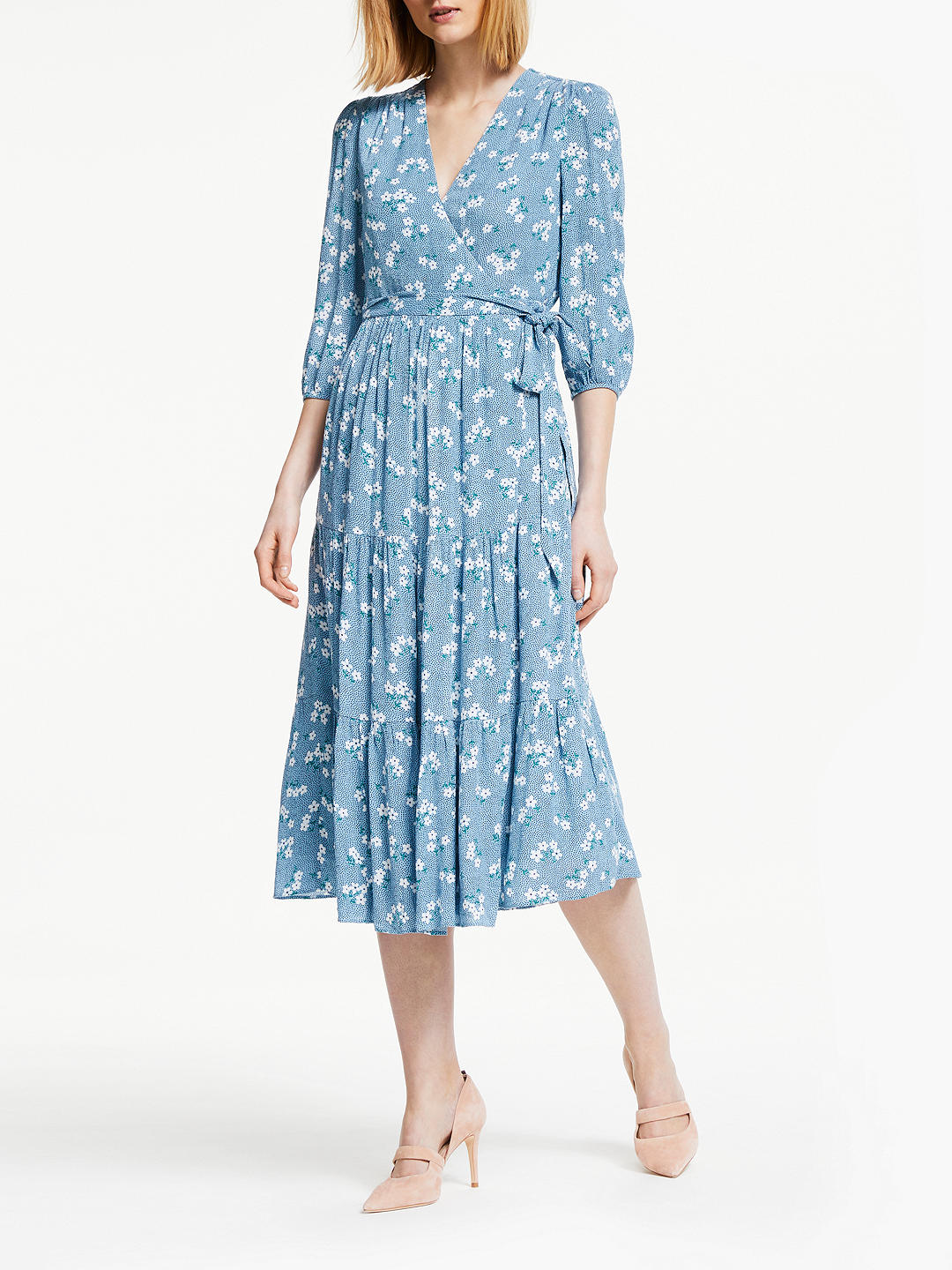 Similarly, for a recent virtual visit to an NHS maternity unit, Kate cosied up in a £275 baby blue jumper with a white chevron design by British designer Tabitha Webb.

In another call to midwives, the duchess slipped on a sky blue floral wrap midi-dress by British brand Boden.

She previously wore the £120 daisy-print frock for the Cambridge's 2019 Christmas card.

In her first Zoom-based engagement – an interview with the BBC last month – she joined the Duke of Cambridge in a nautical look. 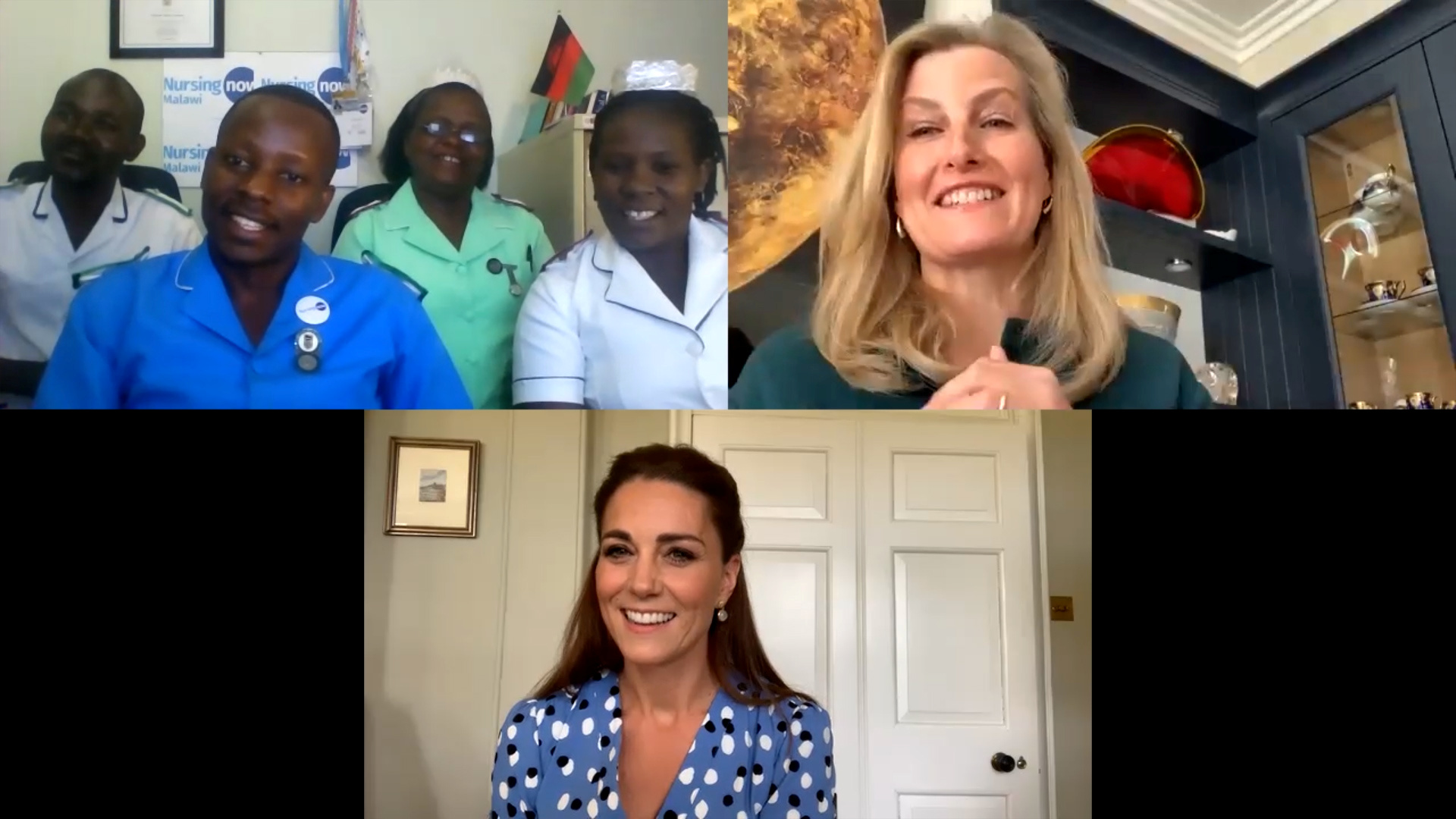 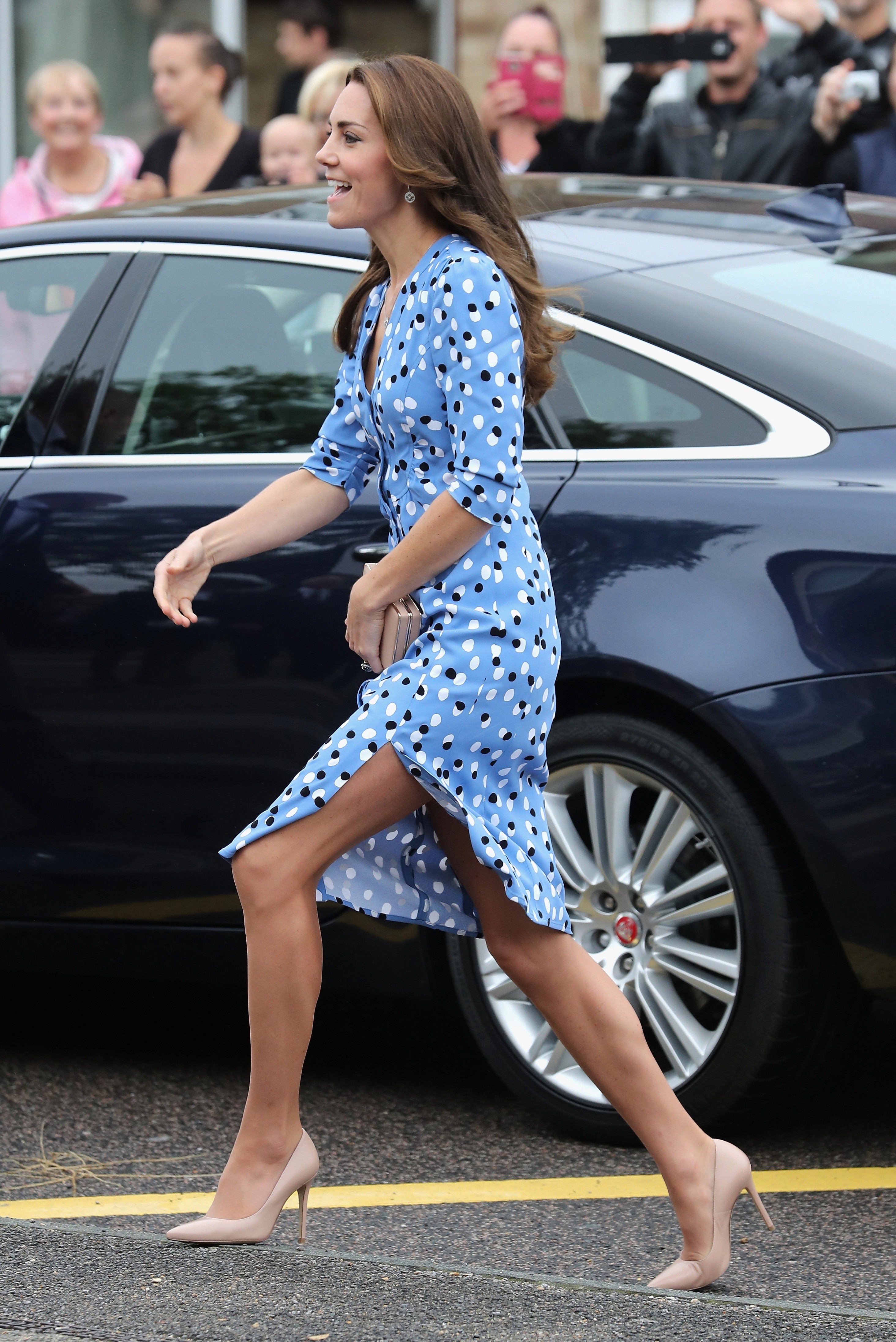 Kate's sweater featured navy blue stripes – and she was previously photographed wearing it at the King's Cup Regatta last year.

However, the duchess was back to her beloved blue dresses for a video showing her cheering on the NHS heroes with her family on the same night as the BBC's Big Night In.

Her £90 cornflower crepe shirt dress, which she wore to clap outside her Norfolk country home Anmer Hall in late April with William and their three children, was from British brand Ghost.

She is also likely to be behind the recent blue get-ups of Prince George, six, Princess Charlotte, five, and Prince Louis, two. 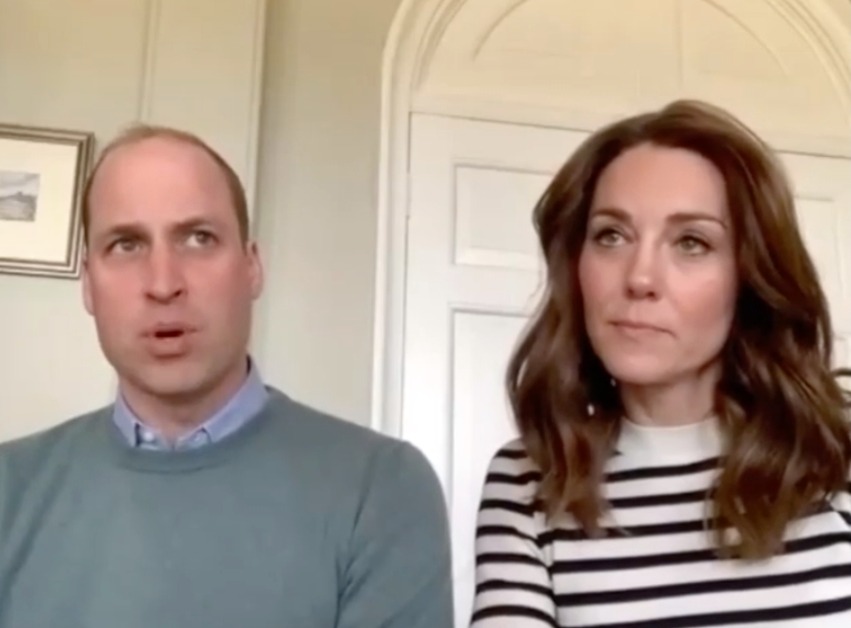 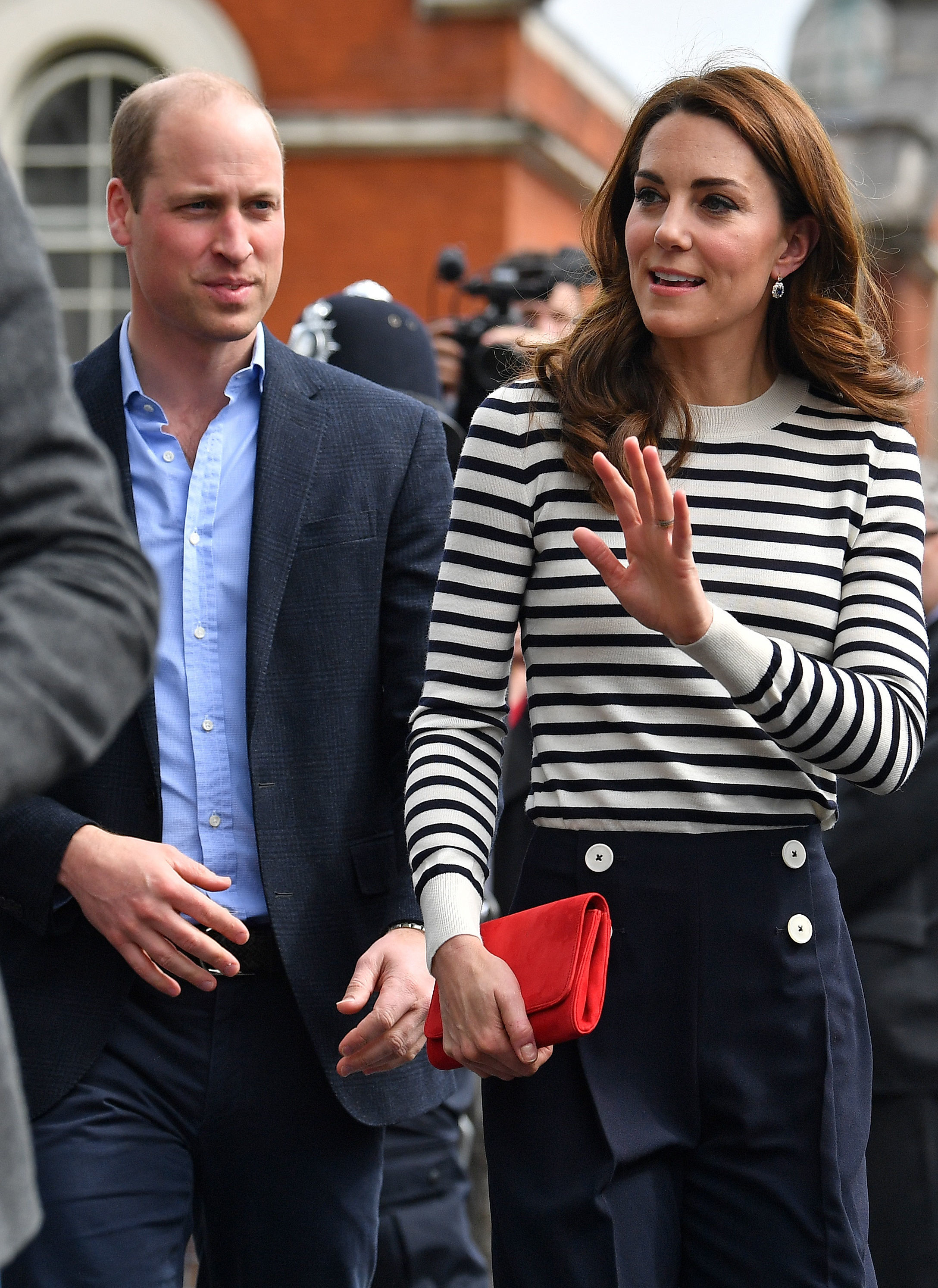 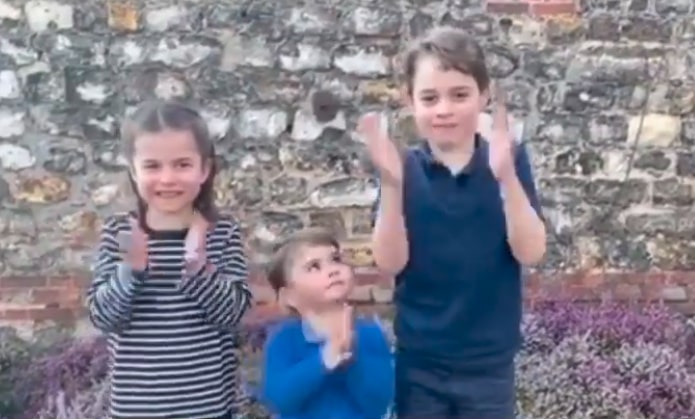 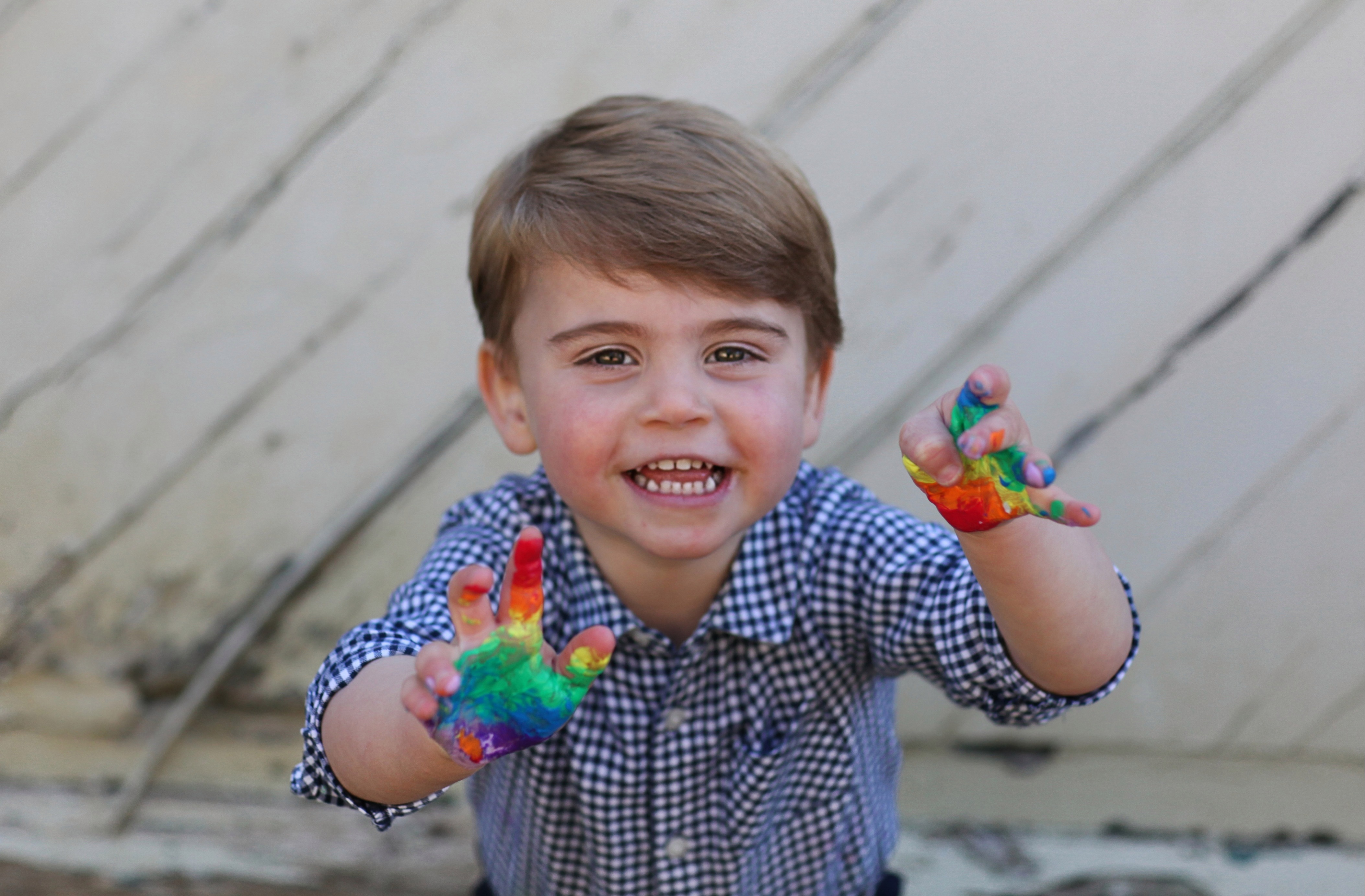 The three children all wore varying shades of the colour in a sweet video of them clapping the health service in late March.

More recently, Kate and William's youngest, Louis, posed in a fetching gingham blue and white shirt for his birthday photos – largely considered to be a tribute to the NHS because of the rainbows painted on his hands.

A different kind of royal blue…

In other fashion news, we told you how to pull off the sexy knee-high boot look like Adele, Jesy Nelson and Myleene Klass.

We also revealed that the bizarre 'trikini' coronavirus trend which sees bikinis with matching face masks.

And this is where Normal People character Marianne's dresses are from.