WHEN Anstey Campbell started getting pins and needles in her toes, she thought little of it.

The 29-year-old, from Dargaville, New Zealand, had just been on a run and was in a rush to get to work. 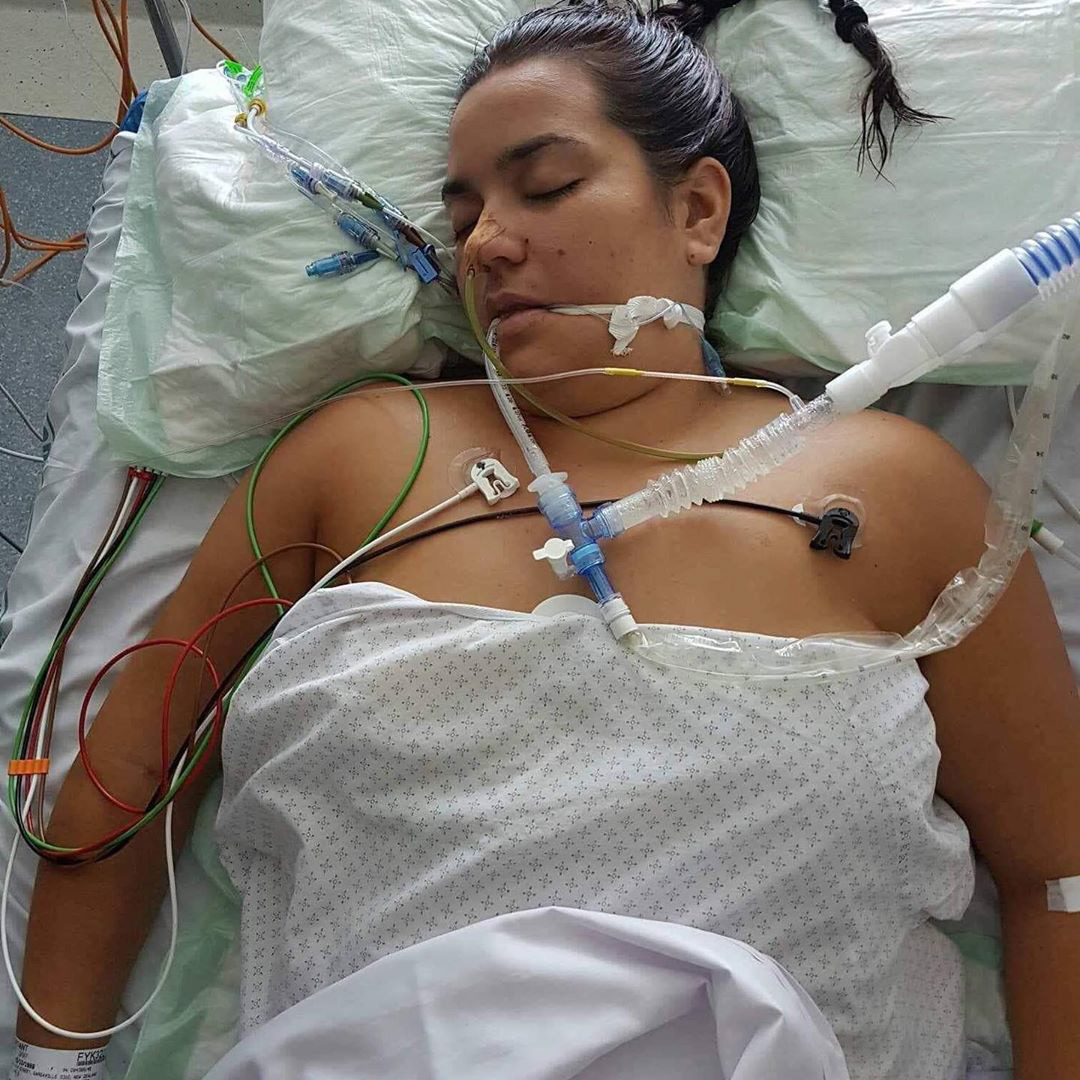 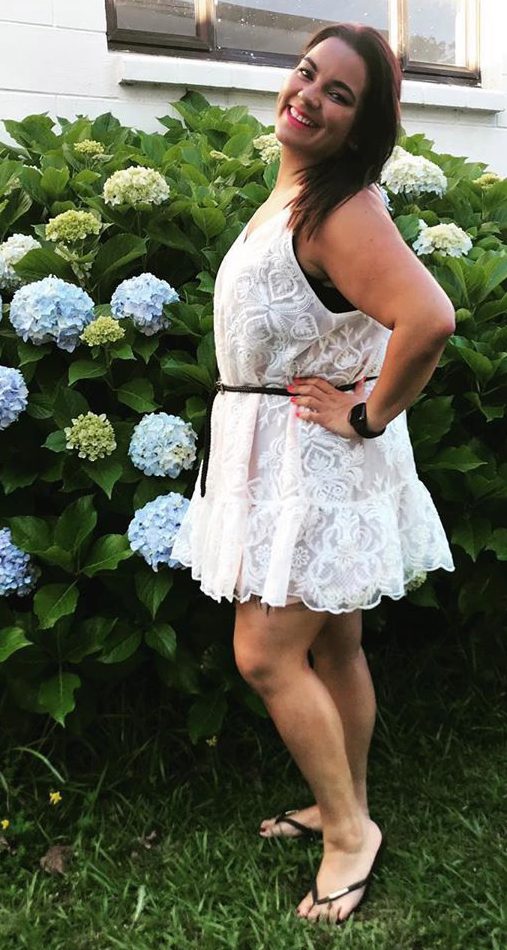 But by lunch time, in January this year, the sensation had taken over her feet and believing it might be her new shoes, she went home to change them.

As the afternoon progressed, it had spread to her fingertips and as a pharmacist herself, she started to worry.

Antsey asked her GP who told her it could be stress-related and sent her away seemingly unconcerned.

That evening, Anstey's legs became weak and when she tried to get up the following morning she fell to the floor.

Her mum called an ambulance and within 15 minutes of seeing a doctor at hospital she was diagnosed with Guillain-Barre Syndrome (GBS).

The condition is caused by the body’s immune system attacking the nervous system which weakens the muscles.

She said: “Over the course of the day, I slowly became paralysed from the legs to the top of my head.

"By the time I was intubated I was so weak I could barely open my eyelids."

Anstey was transferred to intensive care but her breathing was deteriorating as her entire body became paralysed.

Doctors decided to put her in an induced coma for a week to save her lungs.

They decided to lower her sedation and look for a response, but she was completely unresponsive.

However, Anstey says she could hear everything – despite being unable to move.

Medics now believe that for around a month she had actually experienced locked-in syndrome , which is when the whole body is paralysed but a person is still conscious and aware of their surroundings.

She said: “A few days after being intubated, it became clear that I needed long-term respiratory support. So, they decided to give me a tracheostomy and put me on a ventilator for 86 days.

“After around a week of being fully out, the doctors lowered my sedation and from what they saw I was completely unresponsive, but I was actually locked in, it was the most terrifying thing imaginable.

“I remember the doctors tried all these tests to get some sort of response and it was really terrifying when I realised I was stuck inside. 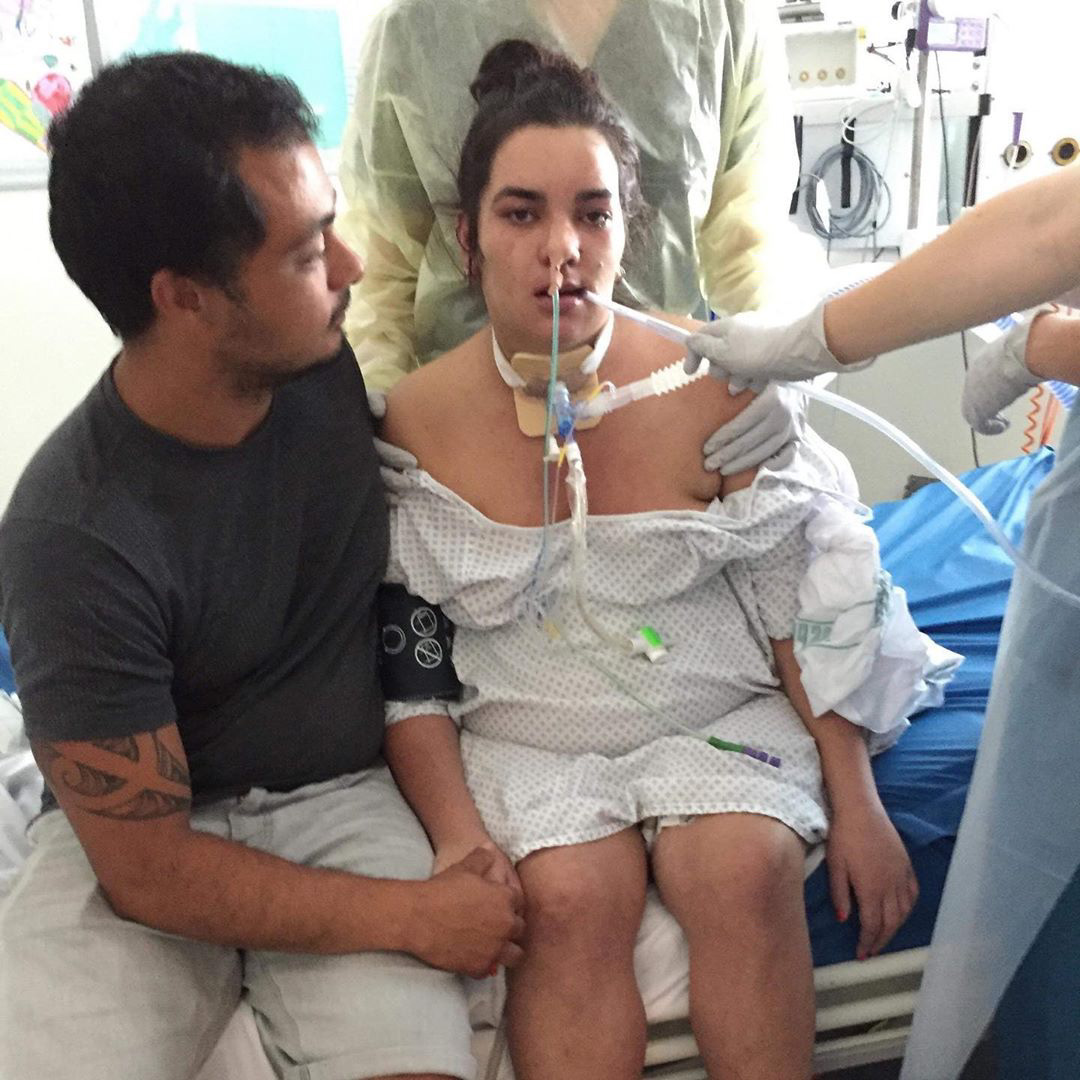 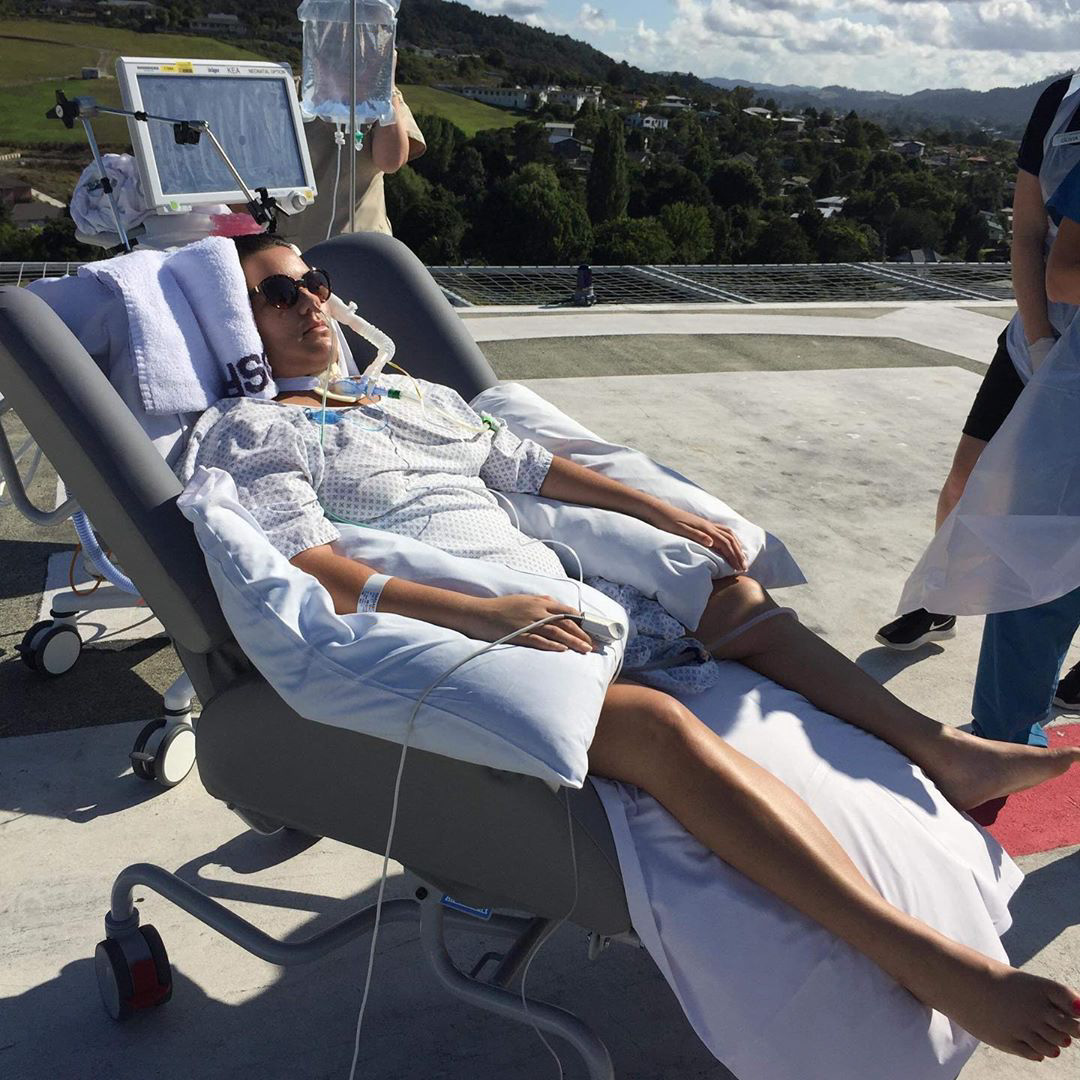 "I was trying to do what they were telling me to, but nothing was happening. I remember the doctor pushing hard on my brow bone to try and make my eyes open, it was so painful and all I was saying inside was ‘stop’.

“It was terrifying being unable to communicate, especially as I was so uncomfortable and I couldn’t say I was in pain. With my eyes permanently shut, it was difficult to establish day from night and my only cue was when the visitors dwindled.

“The first movement I got back was a twitch in my jaw, and it became one twitch for yes and two twitches for no.”

Anstey was given five rounds of intravenous immunoglobulin, or IVIg – a treatment that combines antibodies donated by different people and given by a drip.

It was terrifying being unable to communicate, especially as I was so uncomfortable and I couldn’t say I was in pain

She also needed five rounds of plasmapheresis, a process that filters the blood and removes harmful antibodies.

After 86 days on the ventilator, Anstey had to learn how to breathe again – something which was once so natural but became a difficult task.

Anstey is still in hospital, but she can return home each weekend.

She has regained some strength in her upper body and has recovered movement since doing physio twice a day for the last six months. 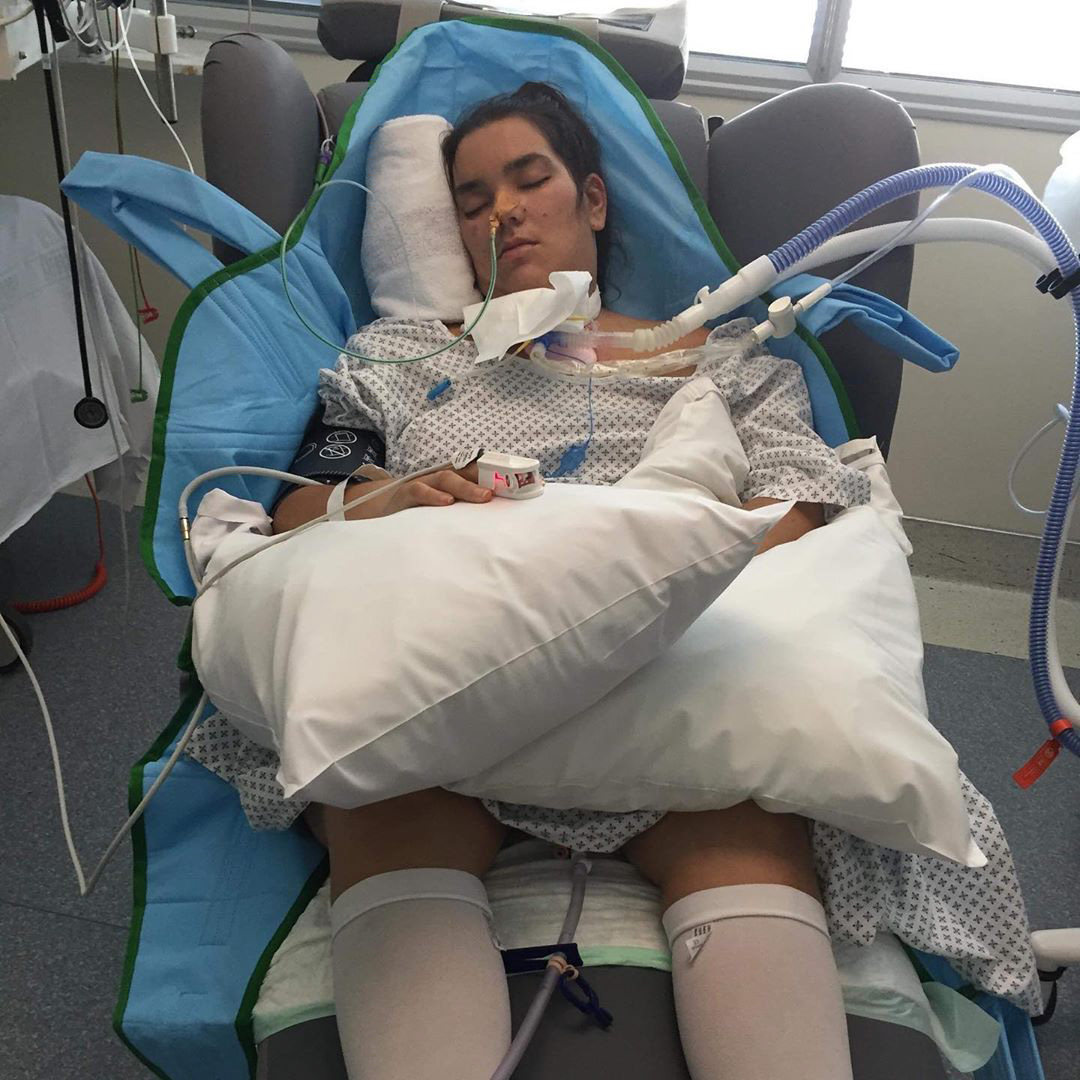 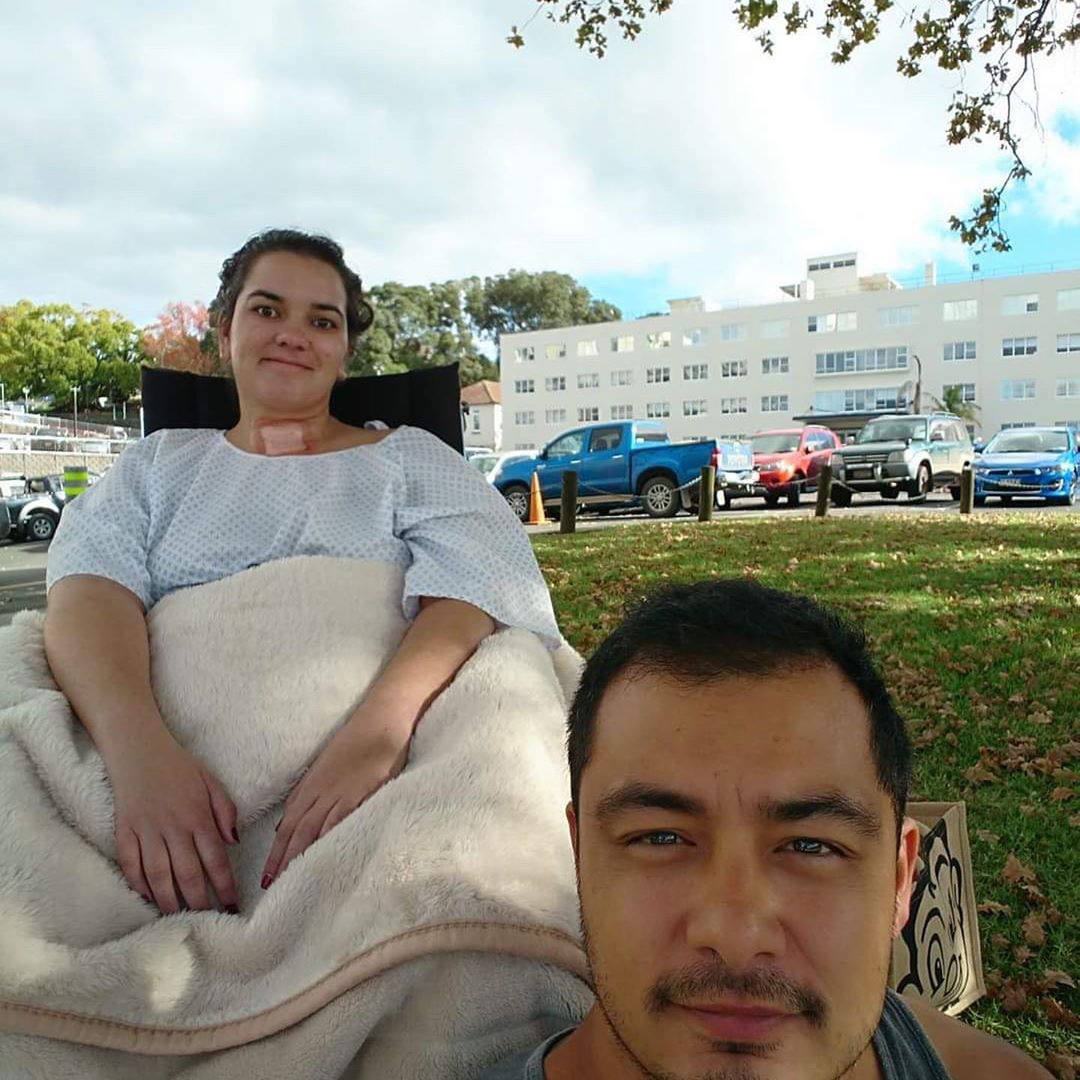 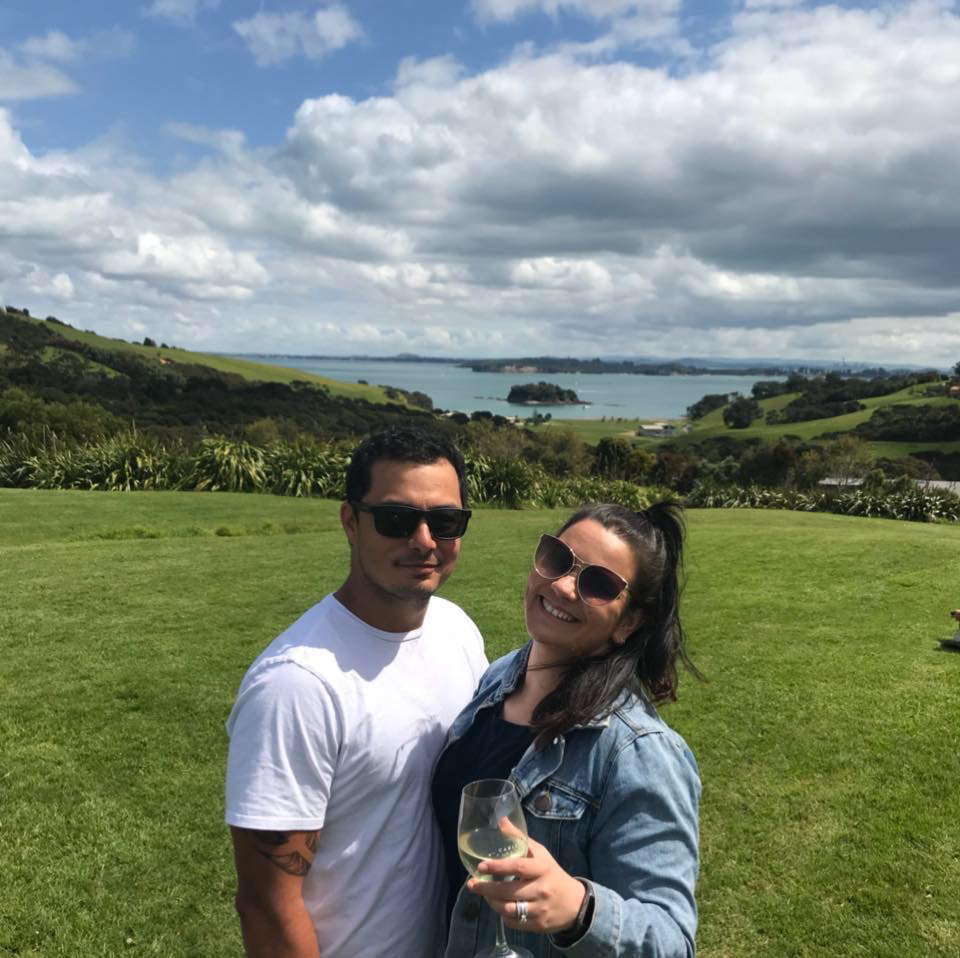 “When I woke up, I was told that I had been quite sick, and my case was on the severe side so it would take me while to get off the ventilator and breathe for myself,” said Anstey.

"When they capped that to see if I could breathe out of my mouth and nose, I only lasted a couple of seconds before they had to take the cap off.

"It’s bizarre to think that your body can forget how to do something so automatic like breathing.

Guillain-Barré (pronounced ghee-yan bar-ray) syndrome is a very rare and serious condition that affects the nerves.

Most people do make a full recovery but it can be fatal and it can leave people with long-term problems.

Symptoms start in your feet and hands, before spreading to your arms and legs.

Other initial signs include:

You can die from Guillain-Barré syndrome if it causes blood clots or severe breathing difficulties. One in 20 cases is fatal.

“When I was in ICU, I was having chest physiotherapy twice a day to help remove secretions from my chest and prevent pneumonia.

"I was also getting assisted movements every day to prevent stiffness.

“Since being in rehab, I’ve been doing more intense physiotherapy twice a day to strengthen the movements I do have.

“Some doctors have been positive and said I will regain most, if not all, of my function whereas others have said I’ll be in a wheelchair for a long time.

"But the common theme is that my recovery will take a long time.

“My upper body is getting stronger and I have a lot of movement back. My hands are a work in progress as I can’t grip yet and my wrists are weak. 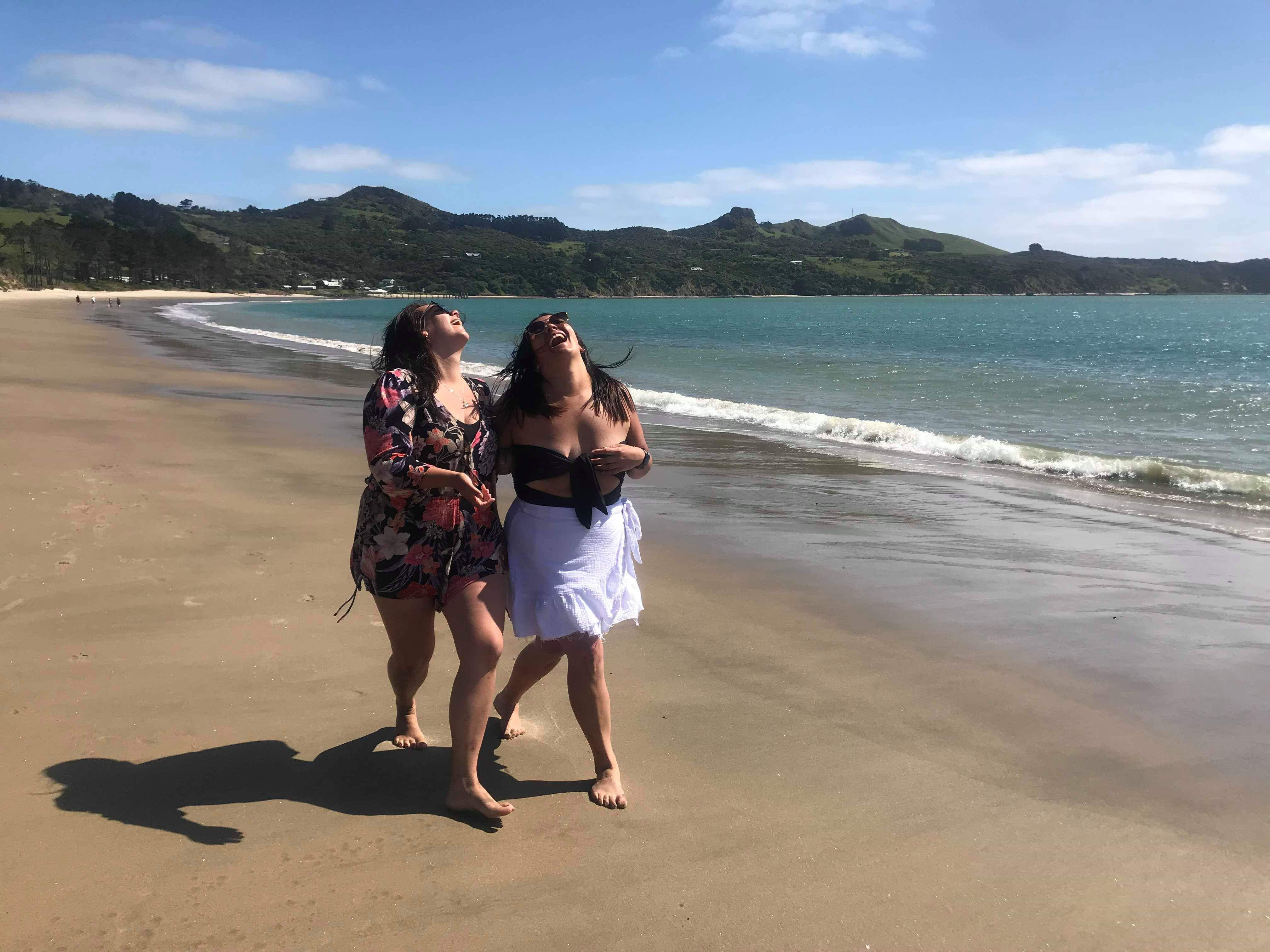 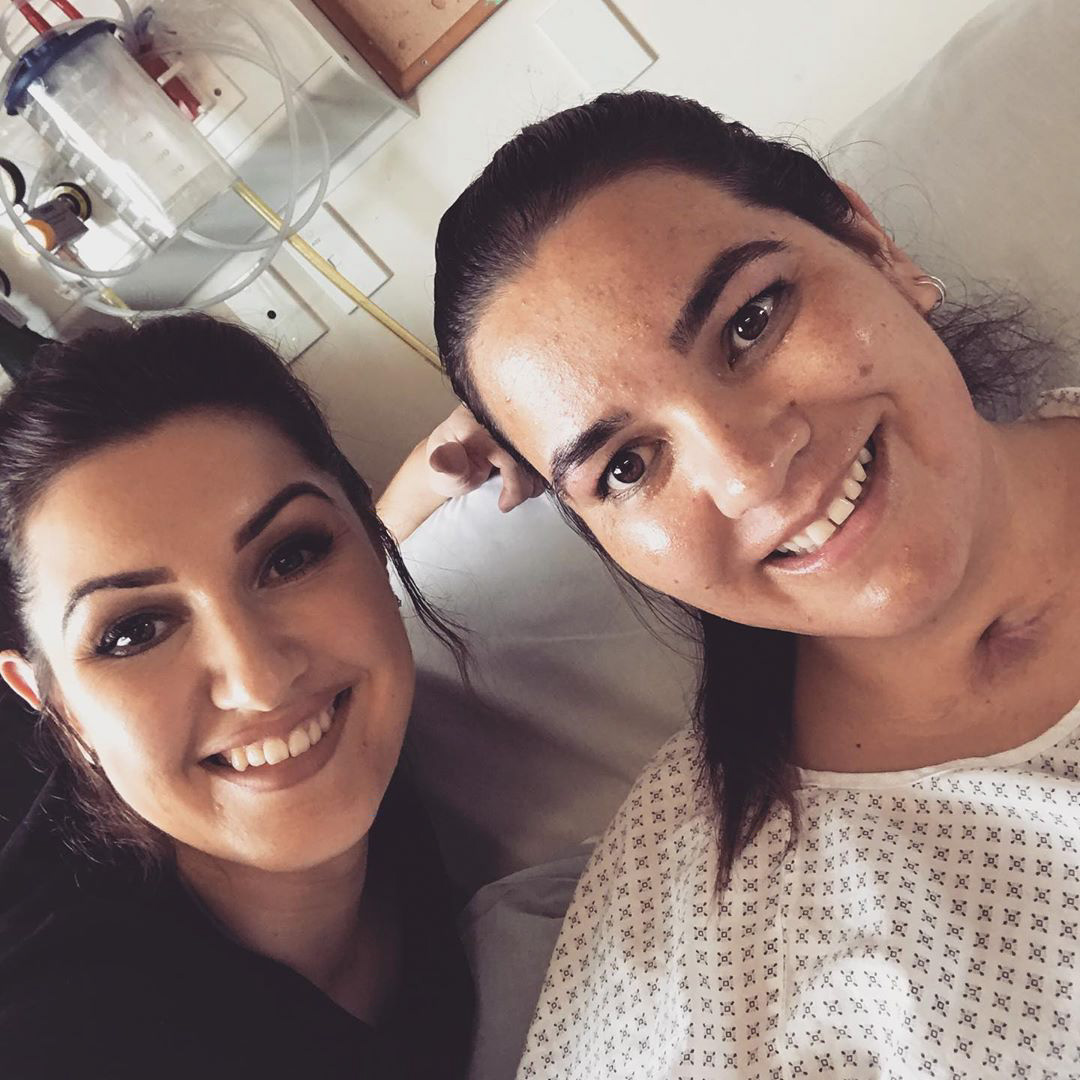 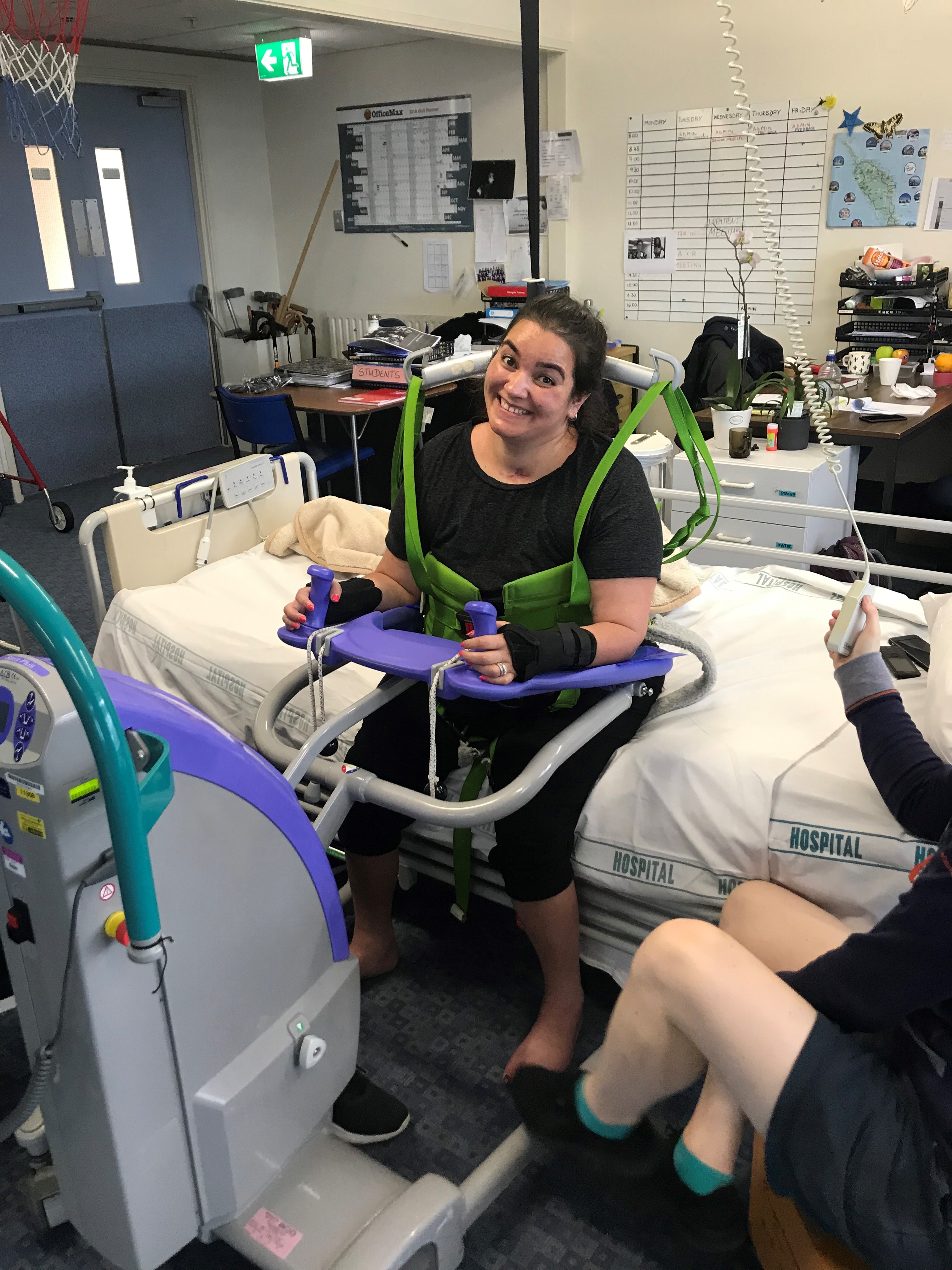 "My lower body is still weak so I can’t stand unaided, but I can move my legs a bit.

“I have spent a lot of time asking why this happened to me, but it got me nowhere except feeling resentment towards the hand I’ve been dealt."