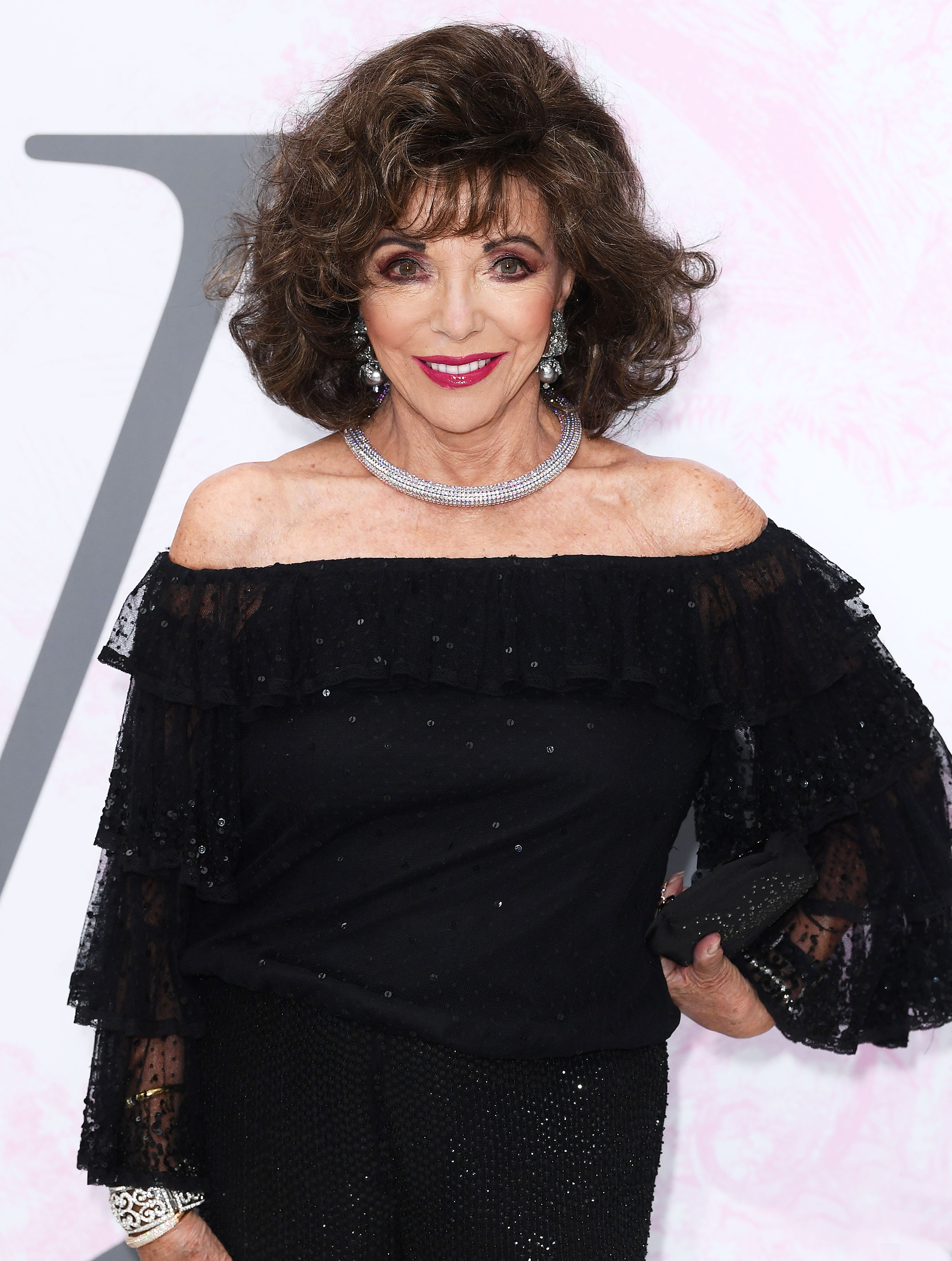 Joan Collins has some very strong opinions on demin.

In an interview with Vogue the former Dynasty star addressed the strict distaste she has for jeans.

Duchess Meghan’s BFF Jessica Mulroney Defends Her ‘Tiresome’ Wardrobe Against Instagram Haters: ‘I Dress for Myself’

“I really hope that people will spend more money on clothes because nobody dresses up anymore,” she told the publication. “If you do, then people stare at you, or make cutting remarks … well, maybe not cutting, but they’ll say something like, ‘Oh, look at you! You’re all dressed up.’ I find that very sad because it will be the end of women buying elegant clothes in stores. Everybody’s going to end up in jeans and T-shirts, which I think is tragic.”

She continued to explain why she dislikes this type of casual dressing so much. “I hate jeans,” she said. “I hate them, they’re so unflattering. And I hate jeans with holes in the knees or holes anywhere.”

But it’s not just jeans that get a bad wrap. “I’m not keen on T-shirts with logos, either. I like to be comfortable, but I want to be elegant, too.”

This fits perfectly with her role as the new face of Valentino, a brand that definitely doesn’t specialize in anything laid-back. Valentino is the definition of class and elegance.

“I suppose I just gravitate towards whatever catches my fancy, it’s eclectic,” she told Vogue.

Though the 86-year-old did have her very own line called Joan Collins Jeans in the ‘80s, she’s maintained her negative stance on the fabric for a decade now. In April 2010, she wrote a piece for the Daily Mail about why she doesn’t like them. “I haven’t liked jeans for years probably because their ubiquity has become terribly boring,” she told the British tabloid. “Do people really want to conform to looking just like everyone else?”