Katie Holmes is bringing the 90’s back! The actress rocked a nostalgic diamond nose ring while out and about in New York City on July 14.

Katie Holmes, 42, is sending us way back in time with her latest fashion accessory. The Dawson’s Creek alum rocked a 1990s-style look on Wednesday, July 14 when she was seen wearing a diamond nose ring. Katie sported the flashy gem at the Bluemercury story in Tribeca, where she was promoting her campaign with water brand Evian. Since Katie was a huge star in the 90s, it was appropriate to see her reviving a popular fashion trend from the decade. 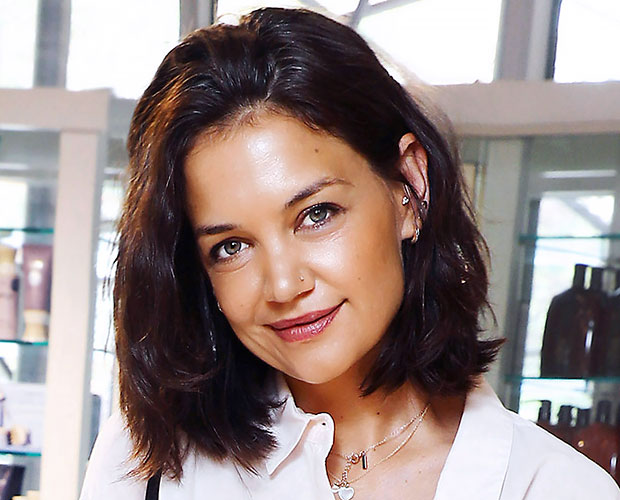 Katie’s nose ring was an obvious blast from the past, but the actress opted to stay up to date on the times with the rest of her fashion choices at the outing. She was dressed in a long-sleeved white button up shirt, denim jeans and orange heels. In addition, the mother of one showed off her stylish shoulder-length haircut. As always, Katie looked spectacular — and her skin seemed to be glowing more than ever! 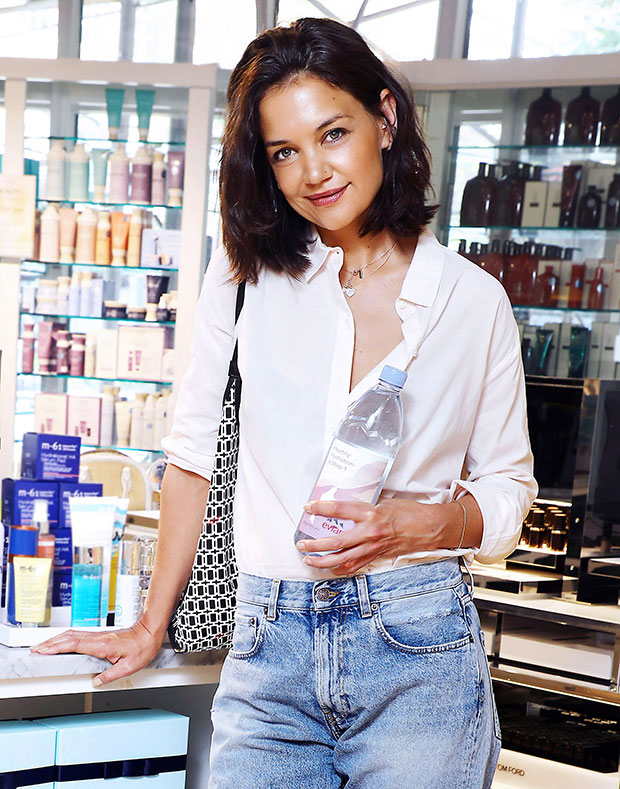 Katie was out in the Big Apple earlier that day with mini-me daughter Suri Cruise, 15. The mother-daughter pair was spotted strolling through the SoHo neighborhood in Lower Manhattan hitting up retailer Scotch & Soda. Katie was dressed in a long-sleeved blue and white striped button-up and denim jeans, while Suri opted for an oversized white t-shirt and maroon shorts.

Katie shares Suri with ex Tom Cruise. In the April cover story of InStyle, the Batman Begins actress opened up about her daughter’s personality, which was unexpected given Katie rarely speaks about her only child in public. “My biggest goal has always been to nurture her into her individuality, to make sure she is 100 percent herself and strong, confident and able. And to know it,” Katie said. “She came out very strong — she’s always been a strong personality.”

That same month, Katie paid tribute to her daughter on Suri’s 15th birthday, sharing a few black-and-white throwback photos of her now-teenage girl on Instagram. One of the snapshots showed Katie sweetly cradling her daughter in her arms. “Happy 15th Birthday Sweetheart! I love you!!!!!!” she captioned the post. “I can’t believe you are already 15!”