KYLIE Jenner is once again expanding her billion-dollar cosmetics empire by launching her skincare range Kylie Skin, which is set to hit the shelves next week.

But already the six-part set is being slammed by beauty enthusiasts online, who have taken to Twitter to blast the Walnut Face Scrub as 'dangerously' abrasive and damaging to the skin. 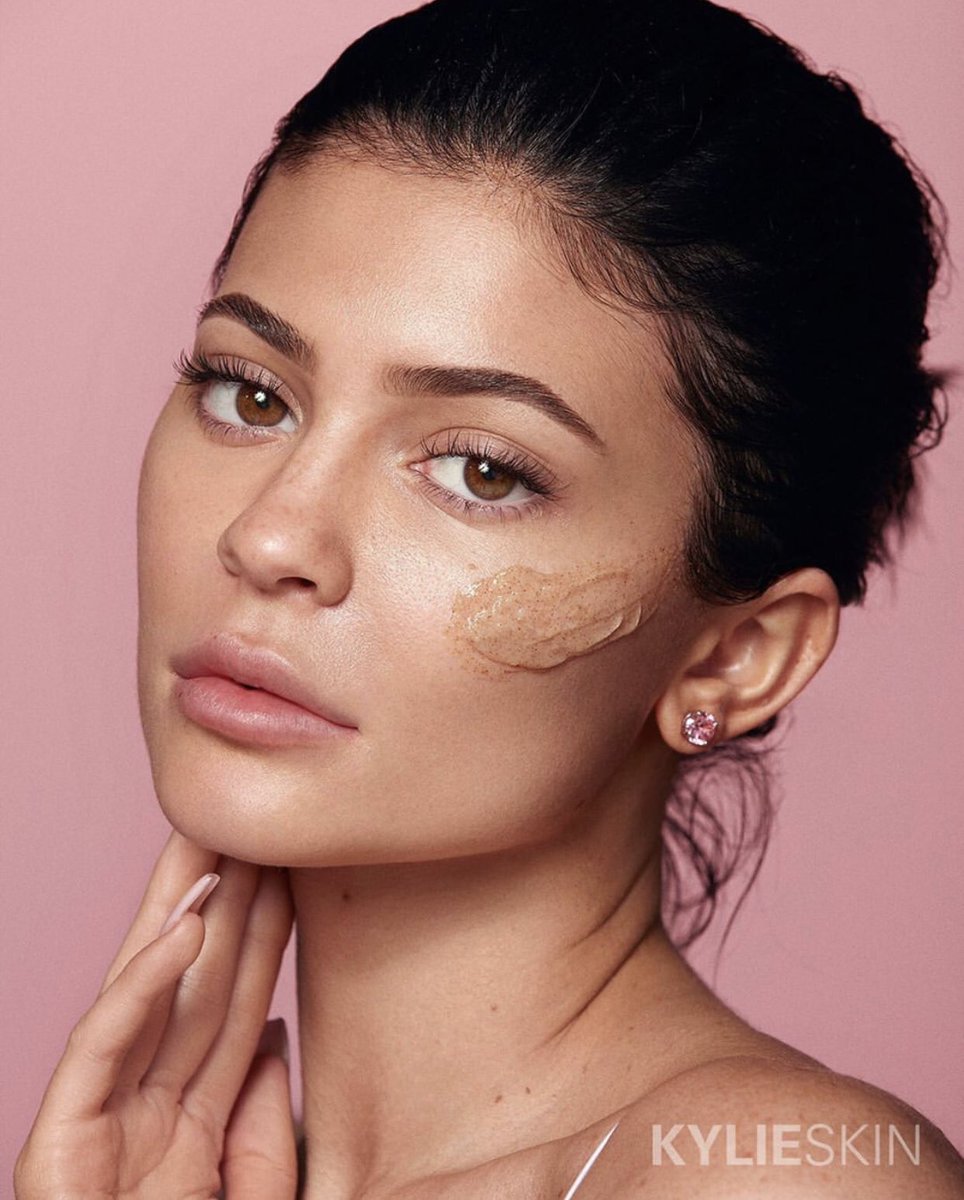 Said to 'buff away dead skin cells', Kylie has championed her new walnut-based product as a 'gentle but very effective' way to clear up your skin – and recommends, like her, using it three times a week.

Yet skin experts and fans alike have come forward to suggest it should 'never' be used, claiming that even the fine walnut powder Kylie Skin uses can cause irreversible damage.

Walnut shells in any form are a big no-go for the beauty community, as dermatologists have proven the harsh particles can cause micro-tears on the skin's surface, leaving it exposed to the elements.

"Microscopic tears in the top layer of the skin allows bacteria to enter the deeper layers of the skin," experts ruled after St Ives facial scrubs were found to cause more damage than good as part of a lawsuit in 2017. 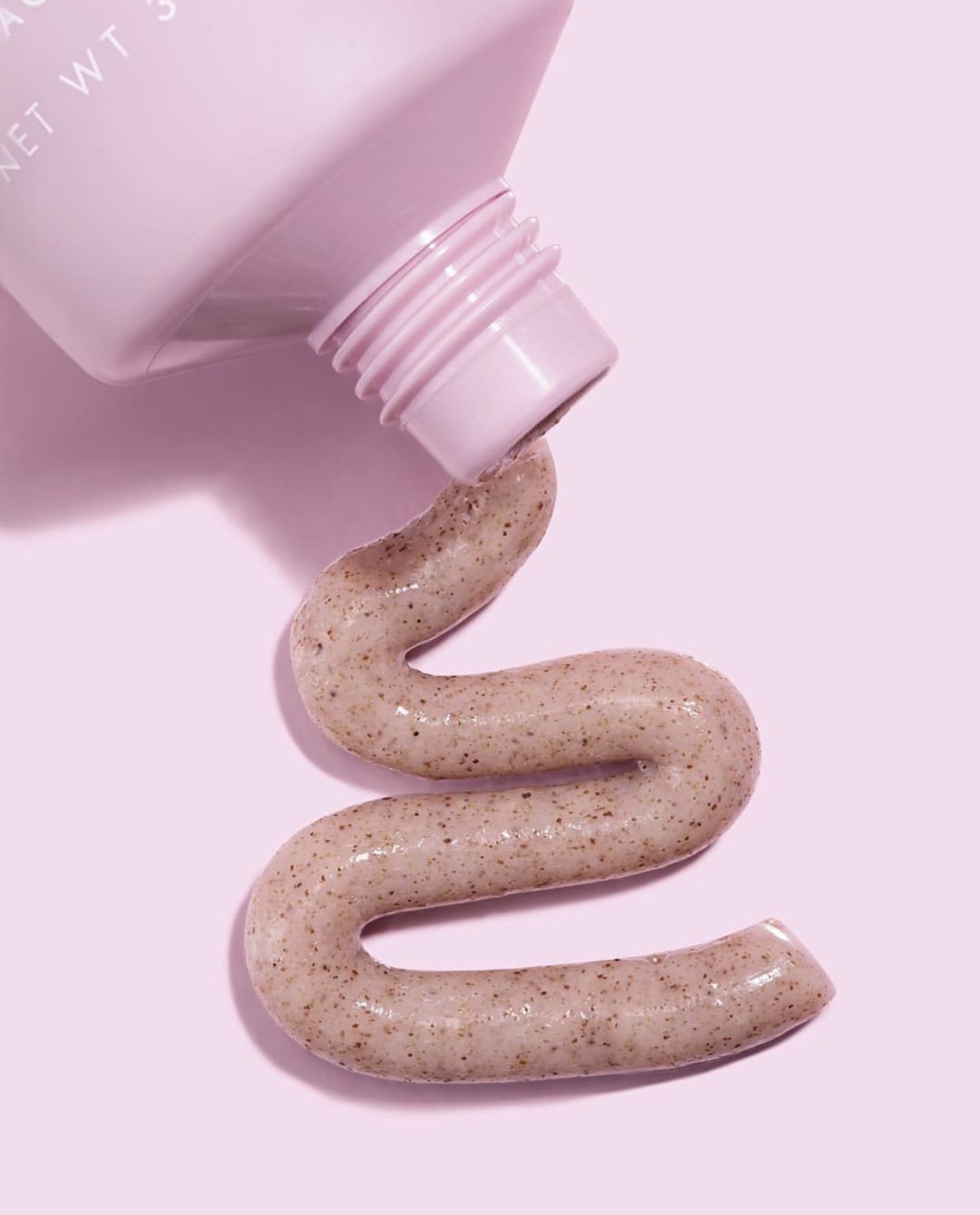 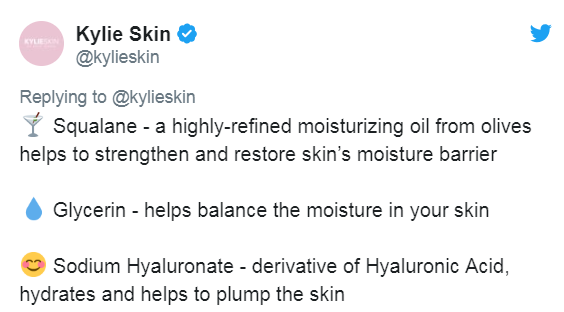 "Raw, red, open skin causes inflammation, and when pores are inflamed they swell and trap bacteria, resulting in more breakouts. Scrubbing is the worst type of cleanse you can do."

As a result, several Twitter users have come forward to slam Kylie for choosing to use the ingredient, urging her to think again before 'millions of girls destroy their skin'.

One woman wrote: "I'm a licensed esthetician – and you should not be exfoliating three times a week! Plus, walnut will cause tears in your skin that could cause broken capillaries and bruising."

Another added: "She's the head of one of the largest beauty companies int he world and she puts out a walnut scrub? That stuff is KNOWN to create damage. I'm tired of this."

"Well this is horrifying," a third agreed. "A walnut scrub? It's so tragic to think that millions of girls will buy this trash and destroy their skin barriers."

"I just texted my dermatologist about this product and she said it's like using a metal scourer on your face – absolutely steer clear," a fourth said. "Guaranteed she doesn't use this three times a week."

And it's not just those online speaking out, as British skincare expert and director of CosmedicsUK, Dr Ross Perry, agrees it can be dangerous, and has warned clients to steer clear of the scrub.

"Walnut shell powder has a reputation of being a harsh exfoliator on the skin, and while it's a great way to get rid of dead skin cells, harsh exfoliating ingredients can end up tearing the skin," he said.

"With any abrasive products, the more sensitive the skin the gentler product one needs to use, so while for some this may help but for others it maybe too harsh.

"Unfortunately, because Kylie Jenner sports such flawless skin and is a key influencer today, many of fans will buy into the product in the bid to emulate her perfect visage.

"But as all skin types are different, and there is not one product that suits everyone, this scrub could in fact en up causing irritation and tearing."

In other news, Kylie Jenner was accused of airbrushing her waistline in altered pictures from last weeks' Met Gala.

While beauty fans have been going wild for other products, including Too Faced's £12 lip gloss which plumps your pout in just MINUTES.

And a £8 fake tan that takes just ONE HOUR to develop sent women into a frenzy.