There’s Scandinavia’s biggest waterpark, a safari zoo, Viking history and a nearby coast teeming with wildlife – as well as, of course, the original Legoland and new Lego House. 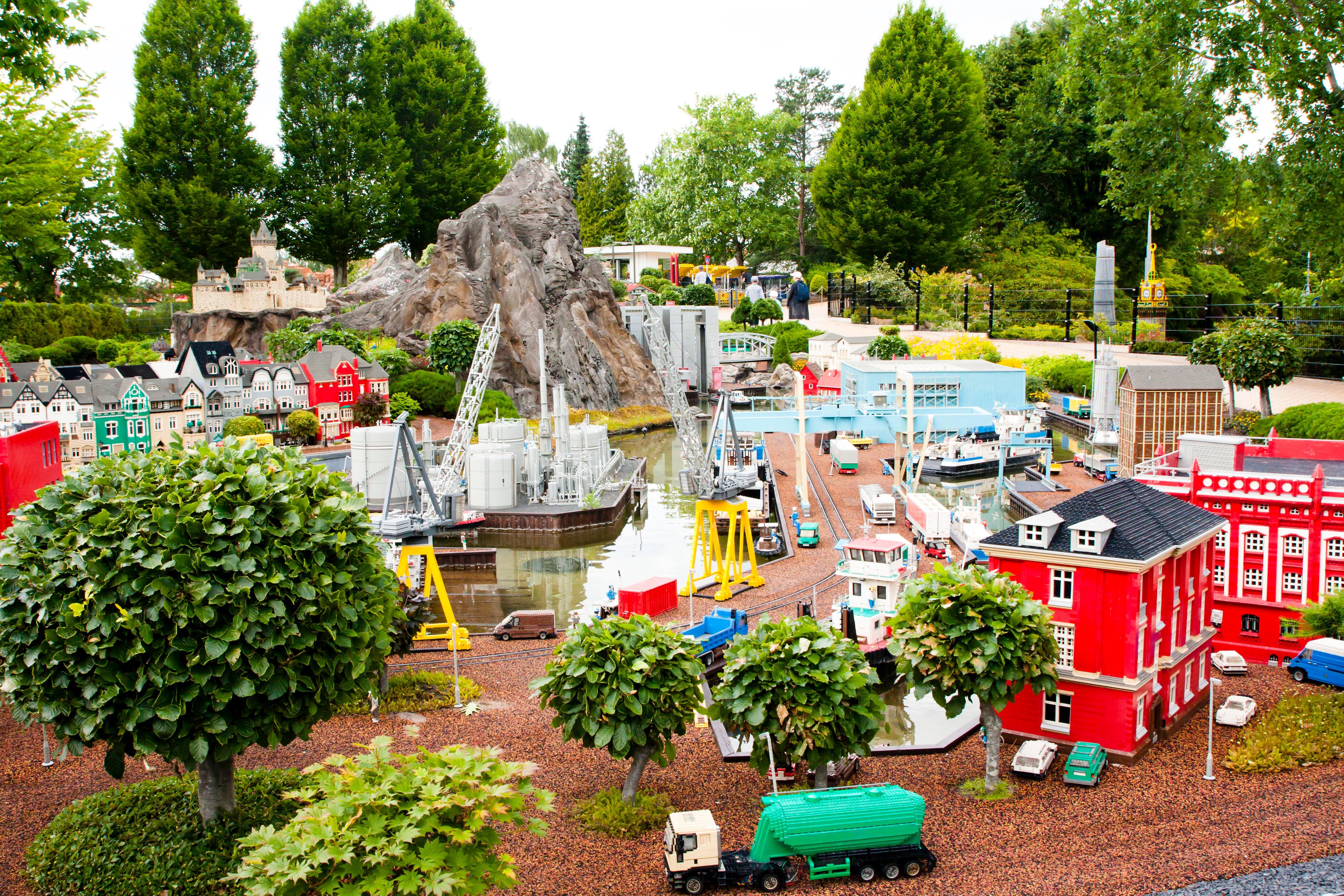 Touching down at the town’s airport, we’ve been in the car mere minutes when Freya, eight, and Nate, three, start shouting and pointing “Lego House!” and “Aquadome!” before the big one “Legoland!”.

I think we’re in the right place…

Heaven is a waterpark

FIRST stop is Lalandia, home of the Aquadome, where we step out of winter and straight into summer, thanks to the dome’s tropical atmosphere.

There are bars and shops, a plaza with a mini amphitheatre, restaurants, rustic terraces, street lanterns and a blue sky. 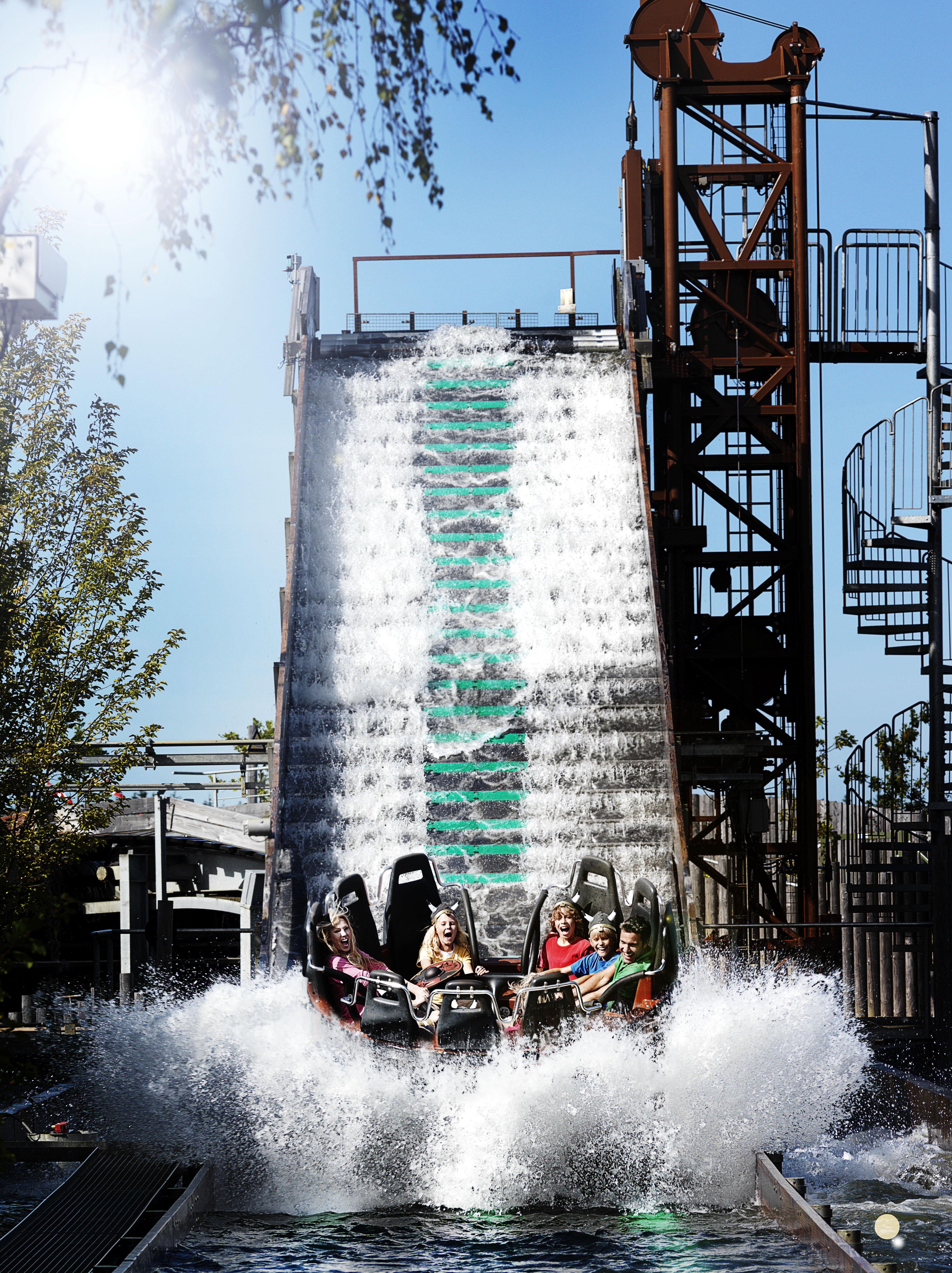 “It’s so lifelike, this is heaven,” breathes Freya. Lifelike it probably isn’t – but fun it definitely is.

Signs direct us to Monky Tonky Land for softplay and Winter World for ice skating and skiing, before the kids pull us into the dome itself.

In another life I’d have been hitting the spa pool, but for now I’m flying down the Twister and Octopus racers trying to keep up with Freya. 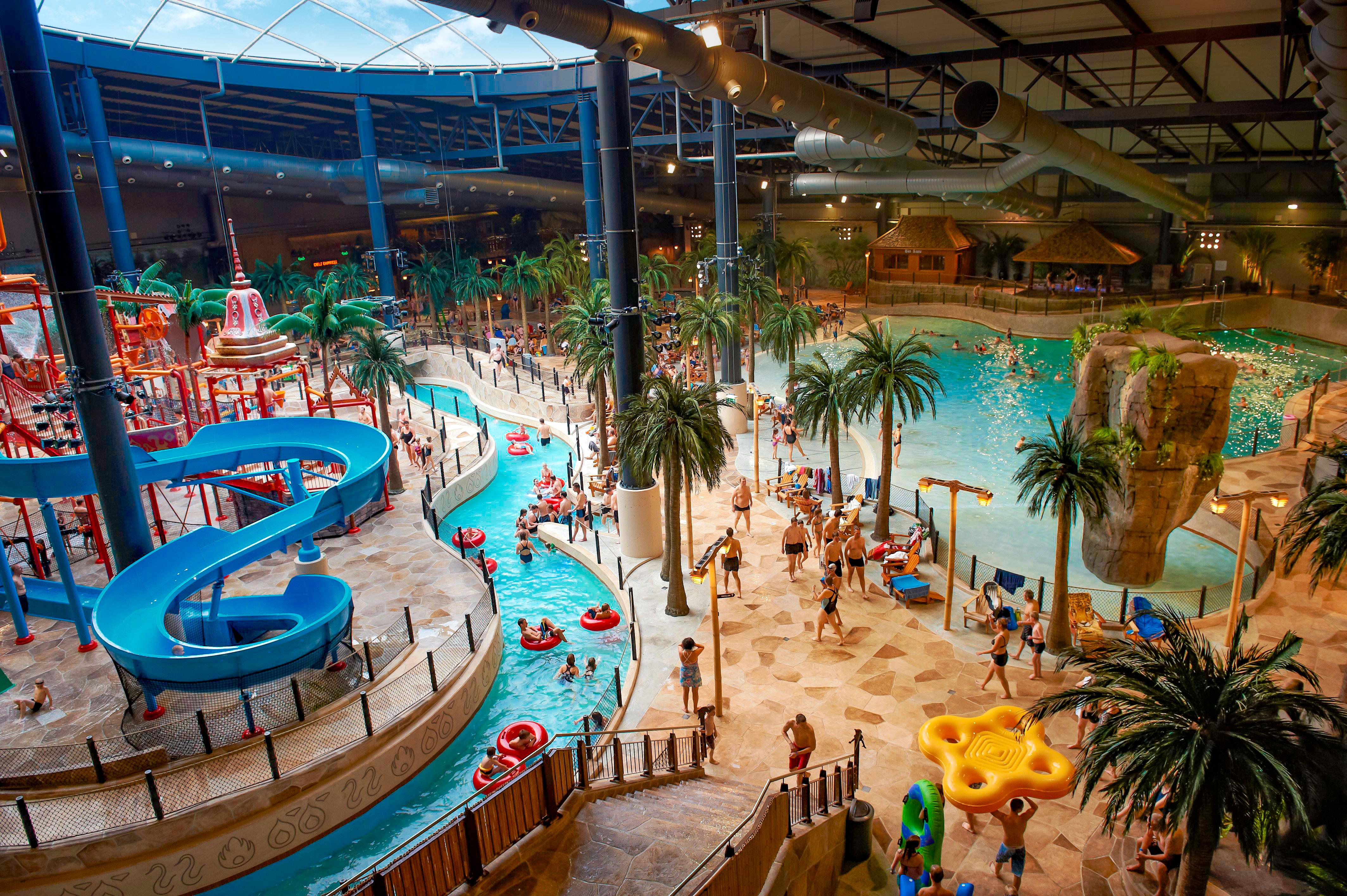 “This is more than I ever dreamed!” she shouts over her shoulder. Staggering out exhausted, we check into our Lalandia lodge – a Nordic-style holiday home with wood-panelled walls, pitched ceilings, underfloor heating and a fully equipped kitchen. For the first time ever, both kids beg to go to bed.

Self-catering homes sleeping four start from £375 for two nights, with free entry to the Aquadome and Monky Tonky Land (Lalandia.dk).

THE next morning we head 25 minutes away to Givskud Zoo and walk past elephants and monkeys before jumping in the car to drive safari-style past giraffes, zebras and lions.

Later, back on foot, we enter the Dinosaur Park, where full-size models come to life as we least expect it – with Nate letting out ear-piercing screams every time. 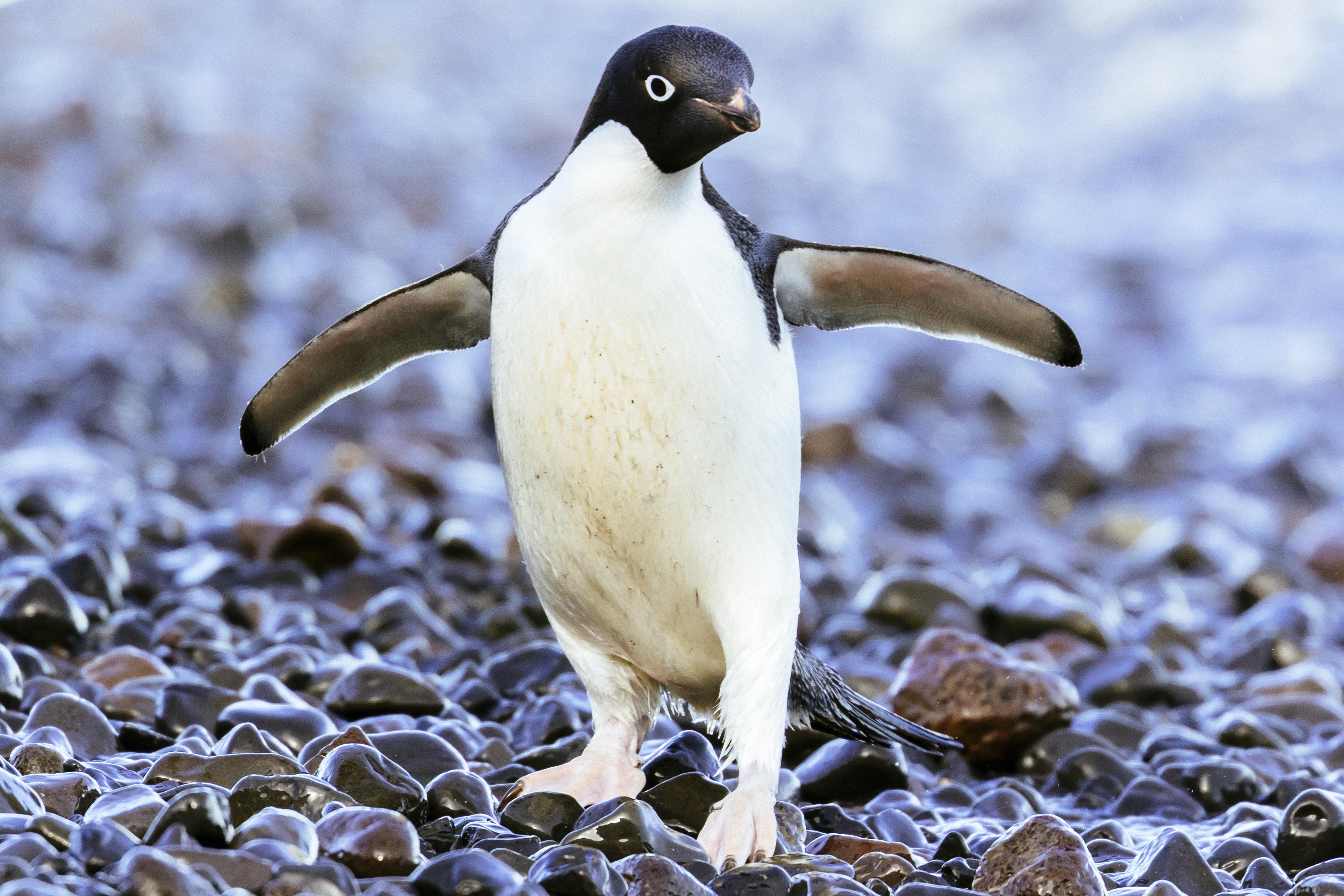 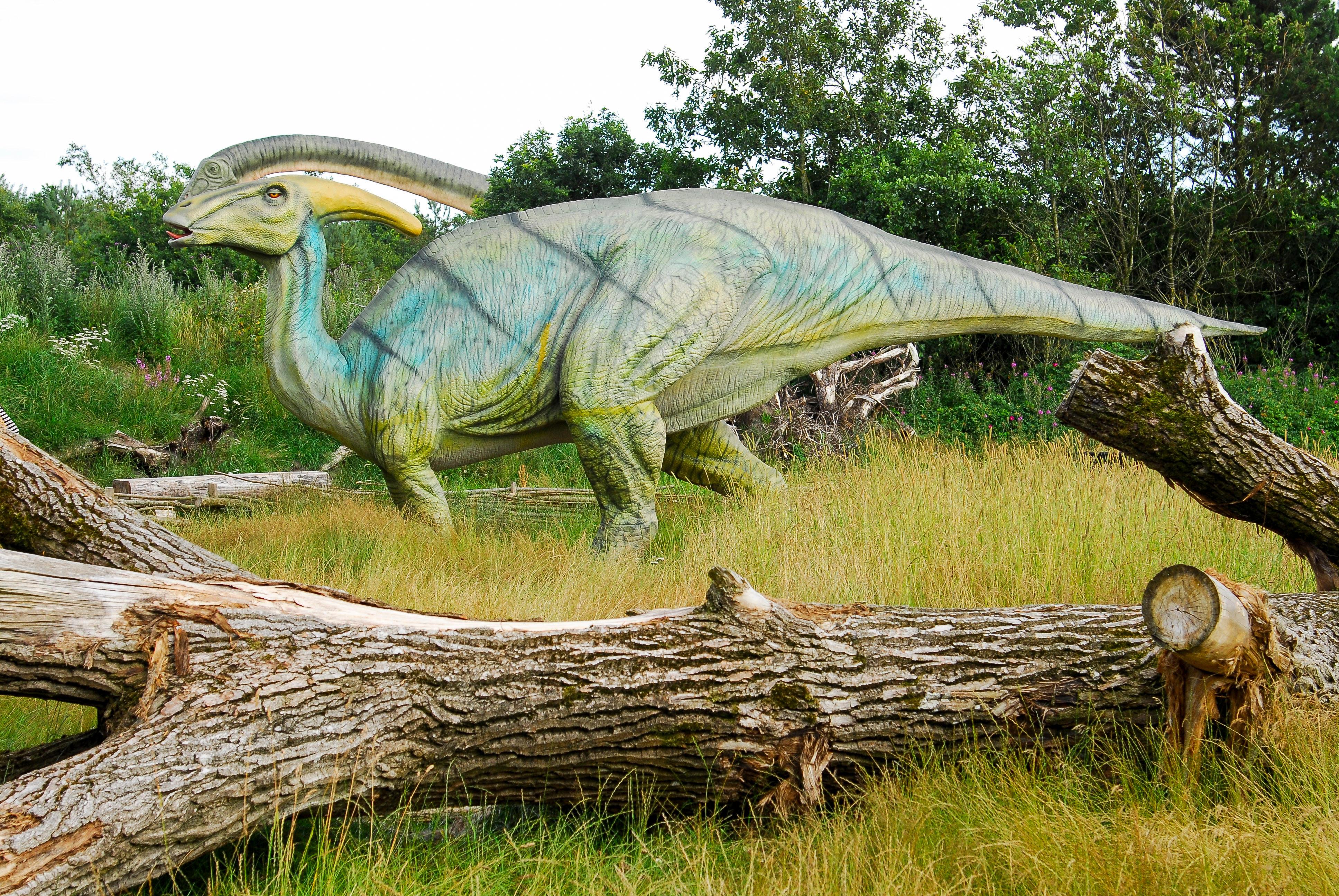 Just down the road is the Royal Jelling Experience Centre at the UNESCO World Heritage site where ancient rune stones were found inscribed with the name Denmark.

On an interactive journey of conquering, settling and all the battlefield gore in between, we hear stories of Norse gods and Viking kings.

Meanwhile, Nate shouts “I’m died!” with glee on his own virtual journey from death in battle to the Viking afterlife.

THE following day we head an hour west past pine forests and Christmas tree farms to the coast of West Jutland.

At Wadden Sea Centre and wetlands (another UNESCO World Heritage site), more interactive activities teach us about the coast, the tides and its wildlife. We make paper birds to see which fly furthest and turn birdsong DJs, but the best bit is a tank where we lift and examine hermit crabs, stroke starfish and spot shrimps and oysters.

Entry costs £12 for adults, £6 for under 13s and under threes go free (Vadehavscentret.dk).

In the cafe we tuck into crusty chicken, bacon and salad rolls, £7, while the children eat cheese and ham buns, £5, before we take a blustery walk on this unique, majestic coast.

Nearby Ribe may be Denmark’s oldest town, but it’s been perfectly preserved, and timber-frame houses with ornate front doors surround the cathedral (Visitribe.com).

After sampling local chocolate at Temper Chokolade (Temperchokolade.com), we walk the cobbled streets, dipping in and out of treasure-filled shops.

HEADING back to Billund, we check into Hotel Legoland, where a giant Lego dragon and climb-inside treehouse greet us in the lobby.

Our room has multicoloured bricks on most surfaces, with huge windows overlooking the park, and even the television plays the Lego TV channel. 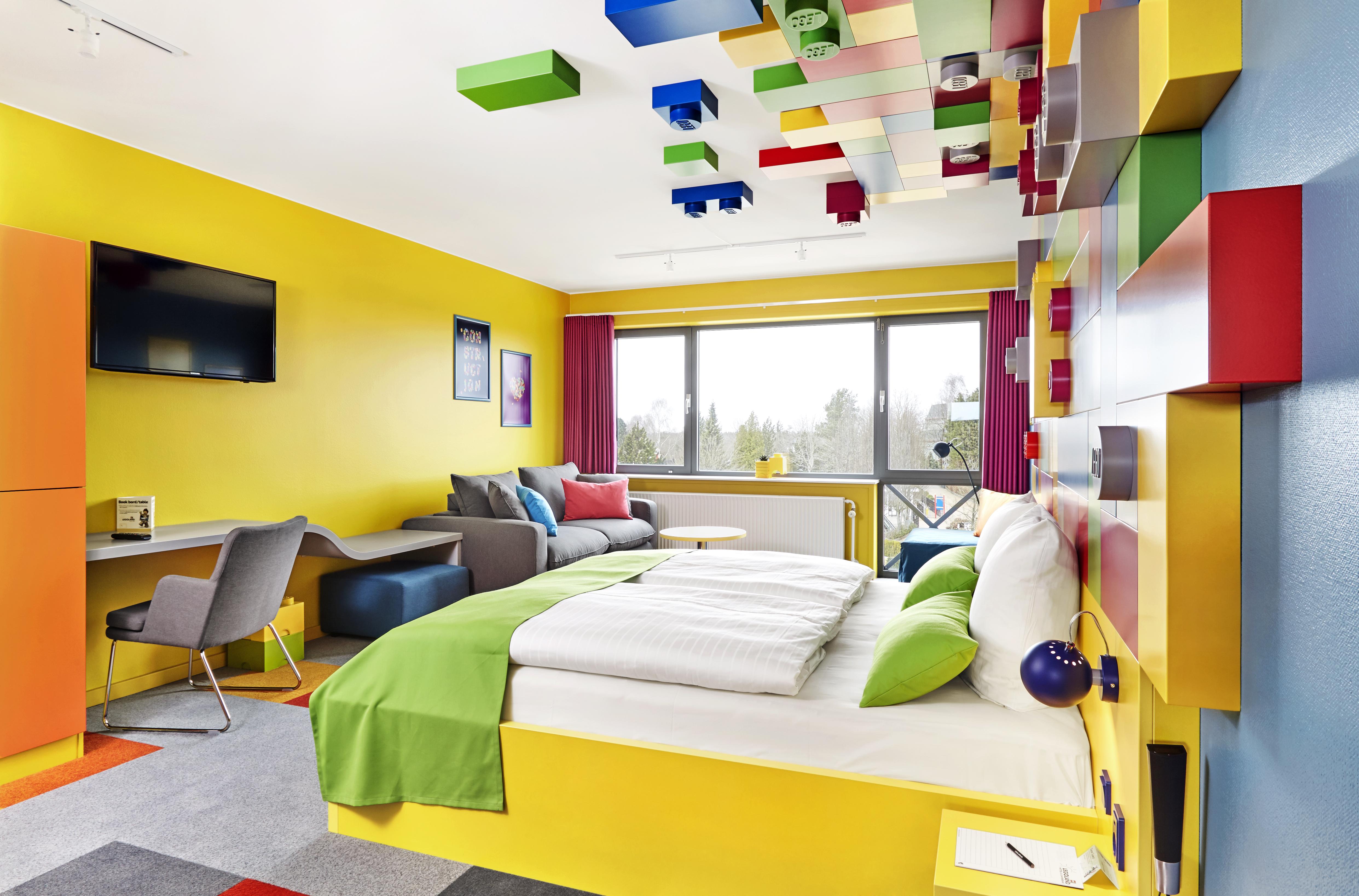 Excitement levels are scarily high until Freya and Nate discover boxes full of Lego and settle down to build – phew! Family rooms for four start from £280 per night B&B, including two-day Legoland entry (Legoland.dk).

After a buffet breakfast we hit the Lego House. On the outside it’s made up of 21 giant Lego bricks, while inside the Tree of Creativity stretches up through the middle of various Experience Zones.

There we build fish ready to scan into a virtual tank, film our own Lego movies, race cars down tracks and program robots, capturing each of our creations on screens linked to a free app on our phones.

Entry is £27 in advance, and under threes go free (Legohouse.com). 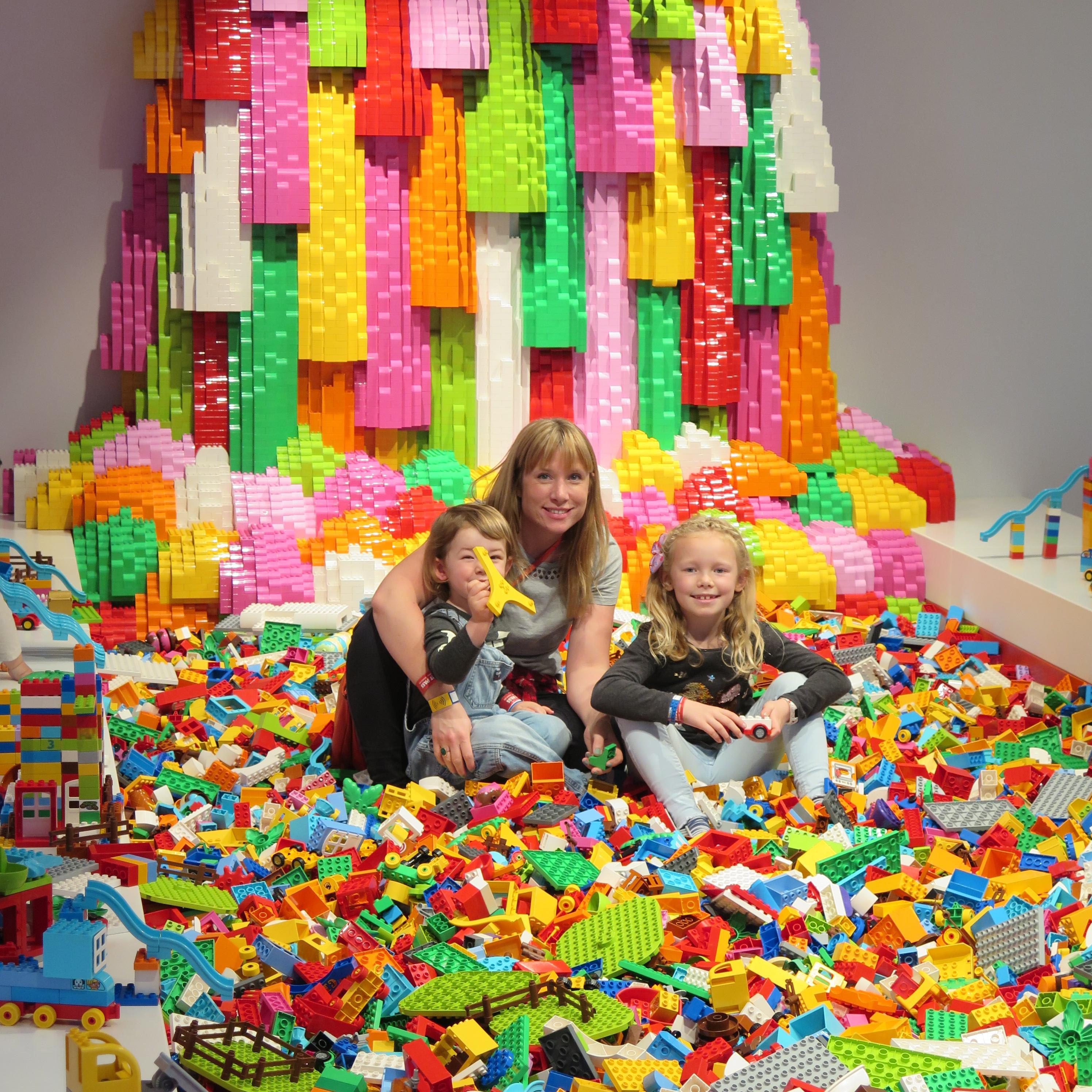 The creativity continues at the Mini Chef restaurant. We choose our order with Lego bricks before scanning them into a screen at our table where Lego chefs make our lunch before robots serve it in brick boxes.

The kids are beyond impressed, the food’s delicious and they get a Lego mini figure as a memento. Adult set meals cost £20 and kids’ meals cost £12.

At Legoland, Freya and her dad are soon flying around on The Dragon in the Knights’ Kingdom, shooting lasers in Ninjago The Ride and attending Ice Pilots School in Polar Land.

Meanwhile, Nate and I enjoy Duplo Land, marvelling over miniature cities in Miniland before chilling in Penguin Bay and exploring Atlantis by Sea Life. Entry to Legoland is £40 in advance (Legolandbillundresort.com).

En route to the airport we’re all agreed, Lego towns are totally the future of family holidays.