A HEARTBROKEN bride is selling her wedding dress after seeing a photograph of her ex with another woman in the back of a car – 10 days after they split up.

Blossom Duff listed the £150 white gown as being "in excellent condition, unlike my marriage" on a Facebook selling page last week. 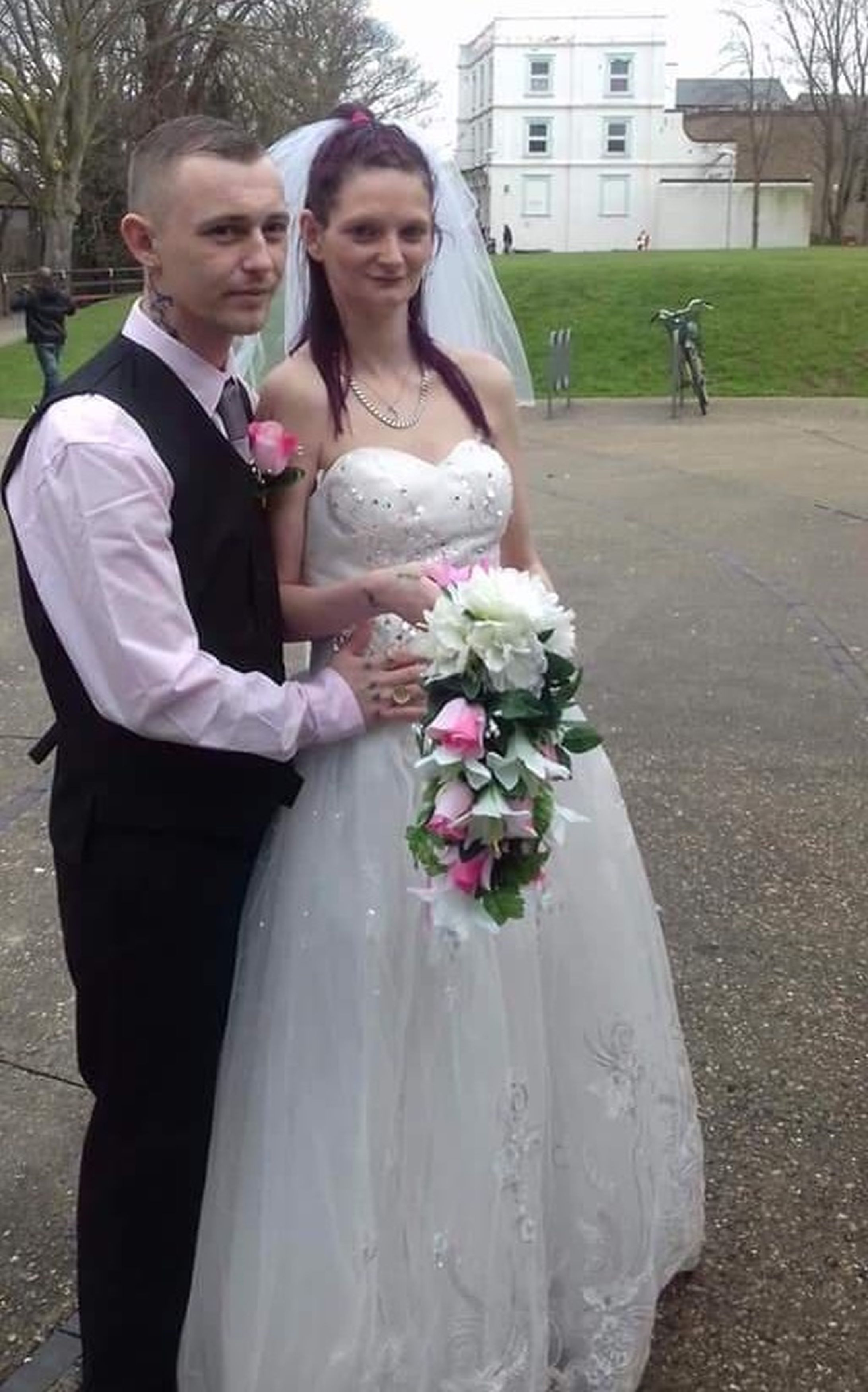 Blossom, 25, is flogging the dress – which sports a sweetheart-style neckline – for £30.

In a sarcastic advert, she describes it as something to wear while washing dishes, catching the train or having sympathy drinks down the pub.

Blossom claims "bad luck has been removed through expensive dry cleaning" and that she's now "happier and more confident".

Her decision to sell the strapless piece was fuelled after seeing a snap of her ex Mark Duff cuddling a girl, believed to be his new girlfriend. 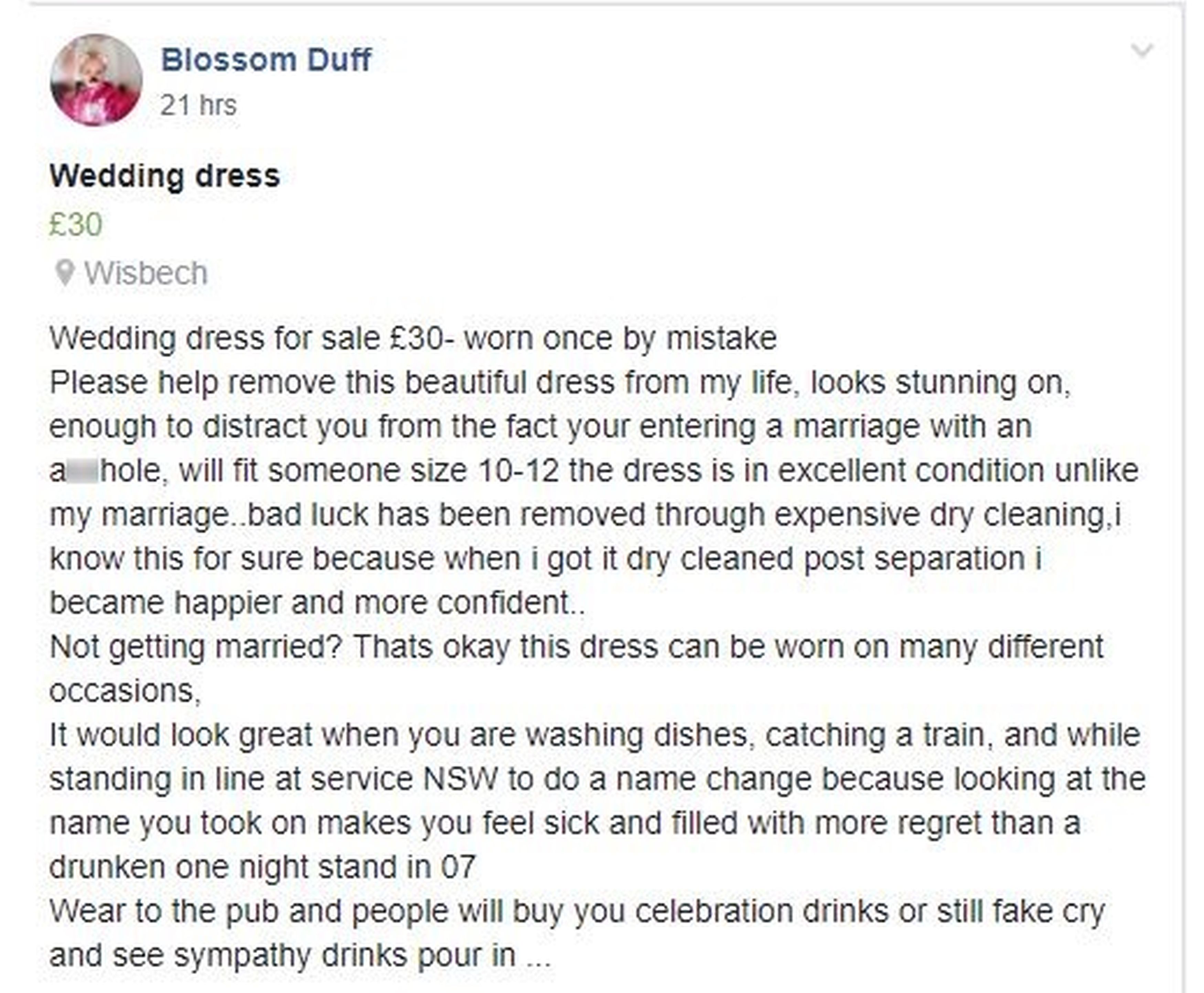 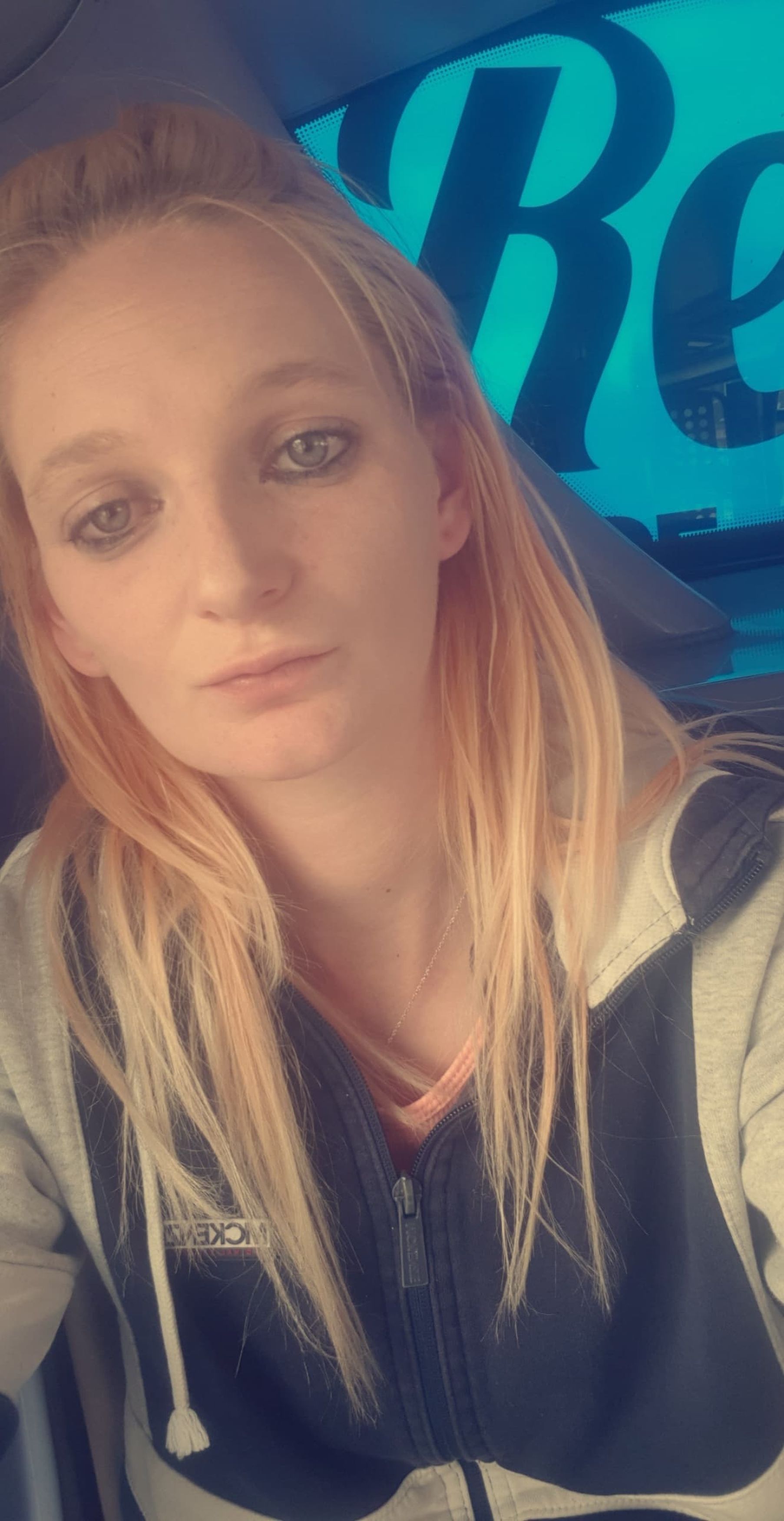 When contacted for comment, Mark, also 25, said that marrying Blossom was "the biggest mistake of his life".

He described the girl pictured cuddling with him as "a friend" – although his social media account lists him as "in a relationship".

Blossom – from Wisbech, Cambridgeshire – said: "I put it on Facebook as I wanted to sell it.

"I'd seen one woman sell her wedding dress that way with a funny post so I thought: 'Why not? Let's give it a go and see what happens'. 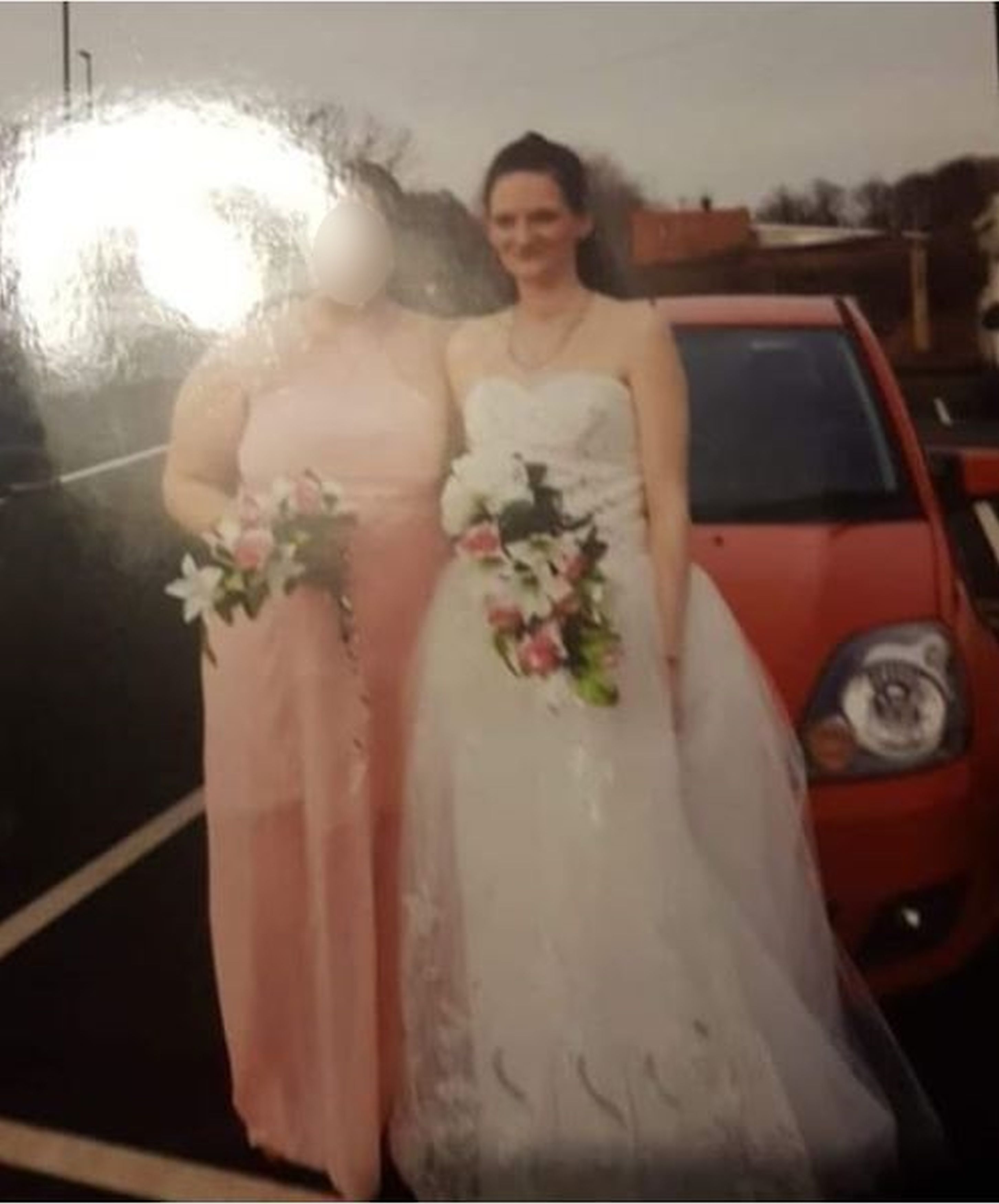 The pair married on February 12, after dating for seven months. They split up on April 10 and Blossom claims she received the snap just 10 days later on April 20.

Blossom said: "It's been up and down [since the split] and he has a new girlfriend already.

"I was sent a picture from a group chat of them cuddled up in the back of a car. I was devastated, it showed that he didn't care about me.

"I thought he was the one and it was going to be perfect.

"I decided to get rid of everything and that's when I decided to put the dress up for sale on Facebook." 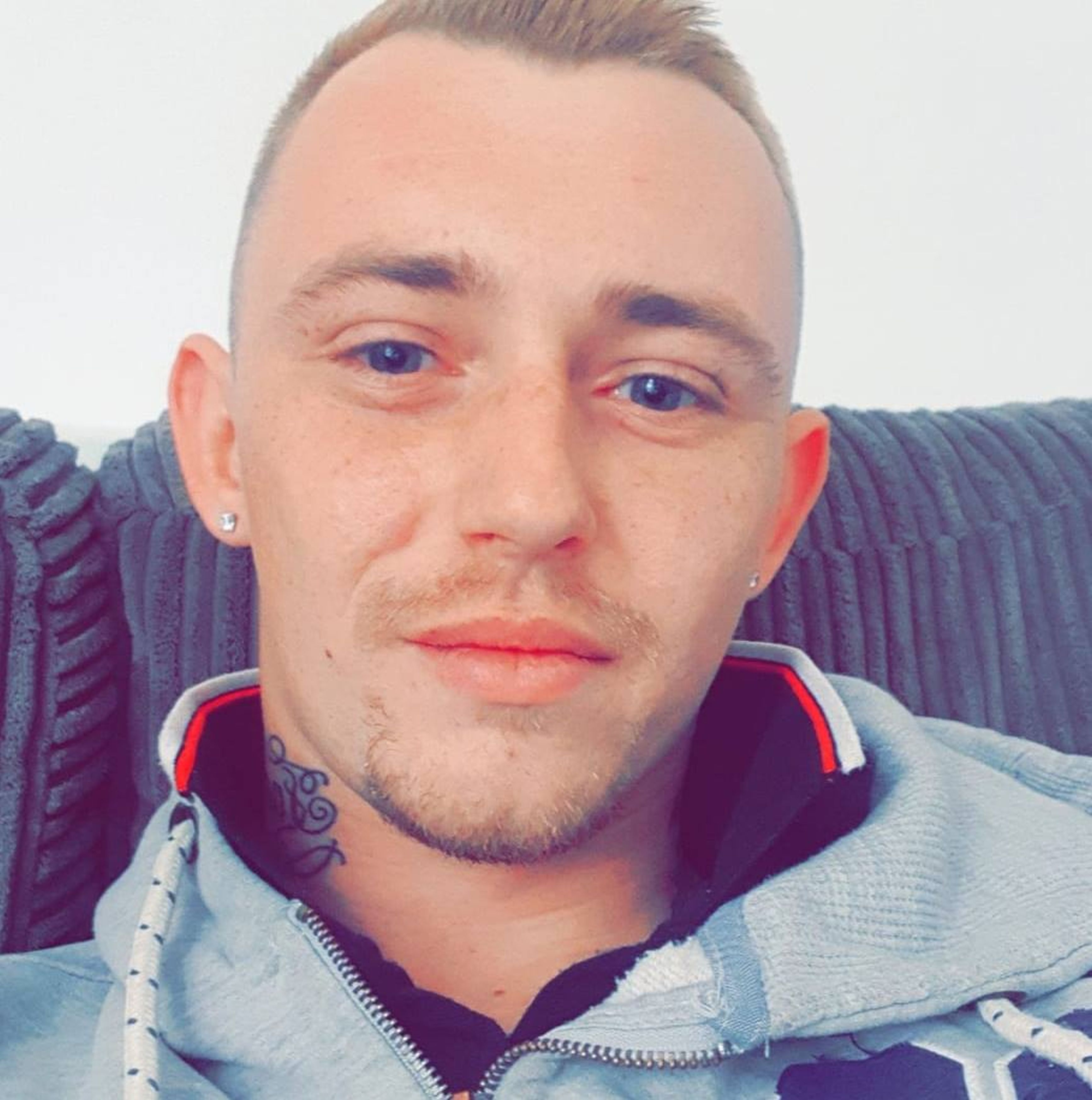 The full advert reads: "Wedding dress for sale £30 – worn once by mistake.

"Please help remove this beautiful dress from my life, looks stunning on, enough to distract you from the fact you're entering a marriage with an a**hole.

"Will fit someone size 10-12, the dress is in excellent condition unlike my marriage.

"Bad luck has been removed through expensive dry cleaning, I know this for sure because when I got it dry cleaned post-separation I became happier and more confident.

"Not getting married? That's okay, this dress can be worn on many different occasions.

"It would look great when you are washing dishes, catching a train and while standing in line at service NSW to do a name change because looking at the name you took on makes you feel sick and filled with more regret than a drunken one night stand in '07.

"Wear to the pub and people will buy you celebration drinks or still fake cry and see the sympathy drinks pour in." 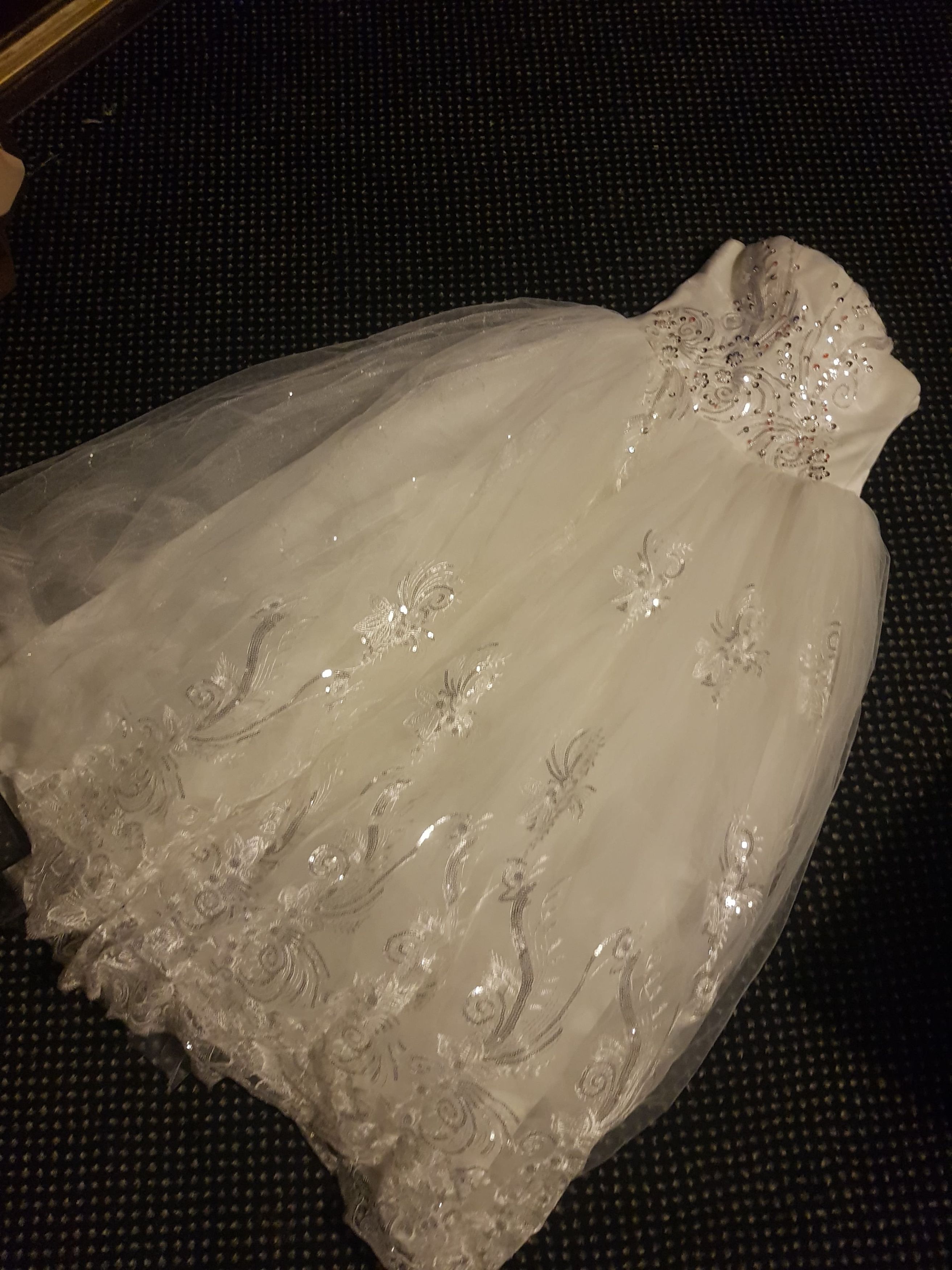 Introduced by pals, Blossom described her and Mark's relationship as a "whirlwind romance" that saw them start dating and get hitched in less than a year.

Blossom said: "It was a whirlwind romance, we'd been dating about seven months before we got engaged.

"We met through a friend while hanging out at her house, he just happened to be there.

"He's just one of those lads that put the charm on. When I first saw him it gave me that teenage bubbling feeling inside like butterflies.

"I'd moved into my new house and he was just coming round helping me do stuff. The first couple of nights we just cuddled and stuff and then decided to get together.

"He proposed at my house. He put candles everywhere and said: 'I want to marry you because I know you're the one.'" 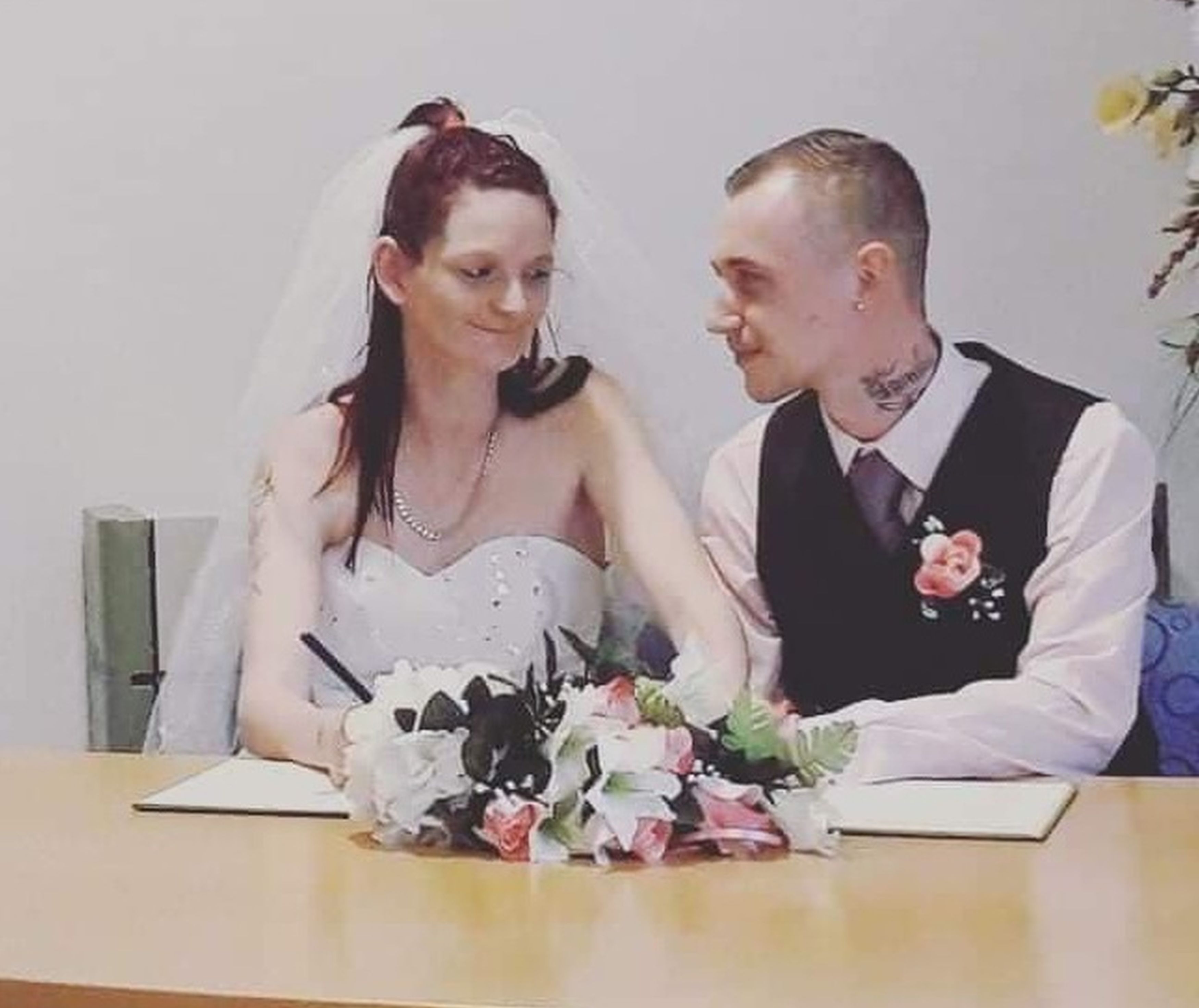 The couple had an intimate wedding ceremony at a registry office in March, Cambridgeshire, only attended by close family and friends.

But cracks soon started to appear in the relationship and the couple argued daily, deciding to call it a day on April 10 – less than two months after they wed.

Ten days after the split, a friend showed Blossom a picture of Mark cuddling a female companion in the back of a car. 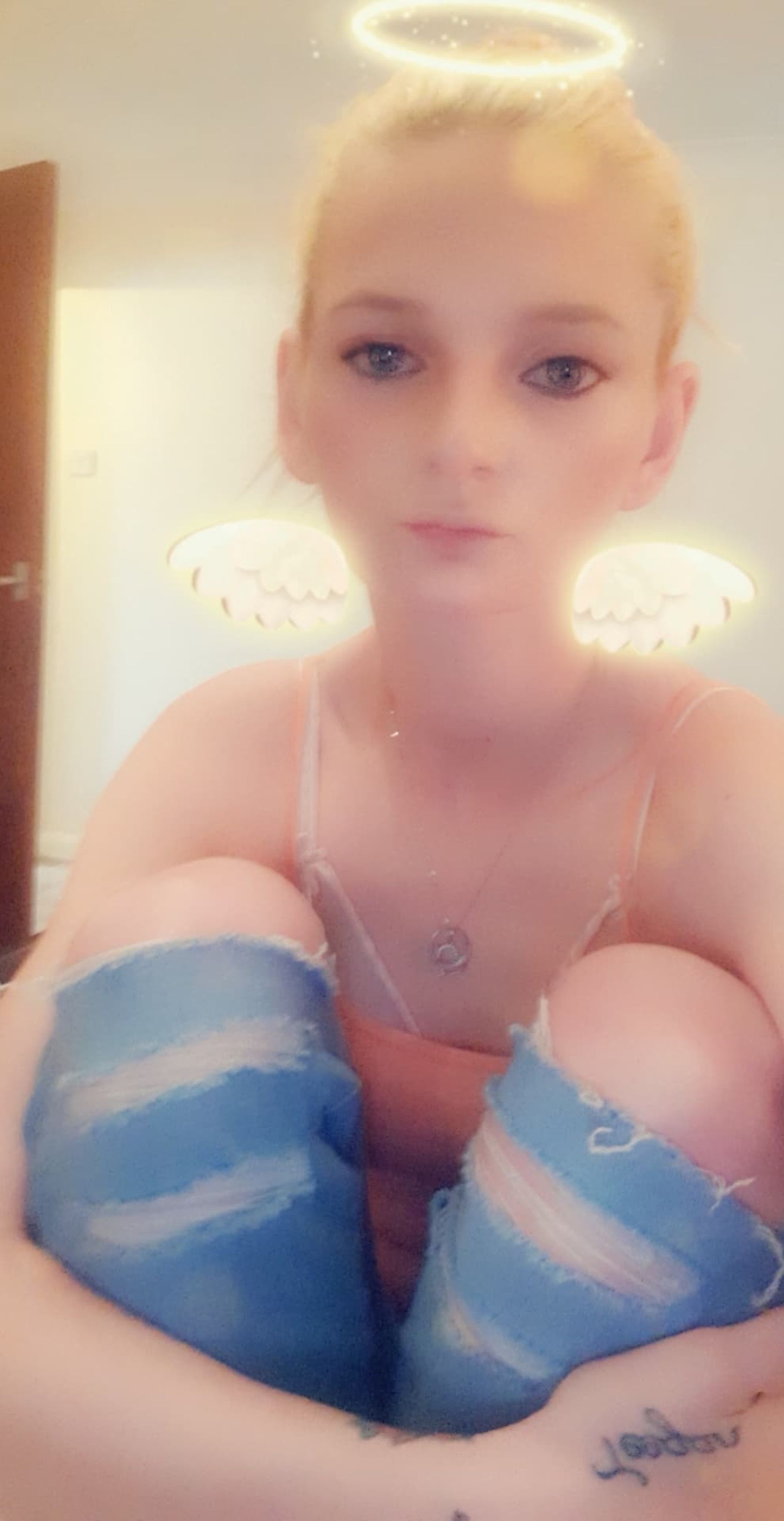 Blossom has yet to sell the frock and is now considering donating it to a charity that makes dresses for stillborn babies.

Blossom said: "I've still got the dress, but a woman got in touch and said she'd like the chance to make dresses for stillborn babies.

"I'm thinking of it giving it to the charity because it's an issue close to my heart – I went through a miscarriage myself at around 10 weeks in 2016.

"There's no chance in hell I'm getting back with him. I made him pack his stuff that night and changed the locks – it was too toxic towards the end." 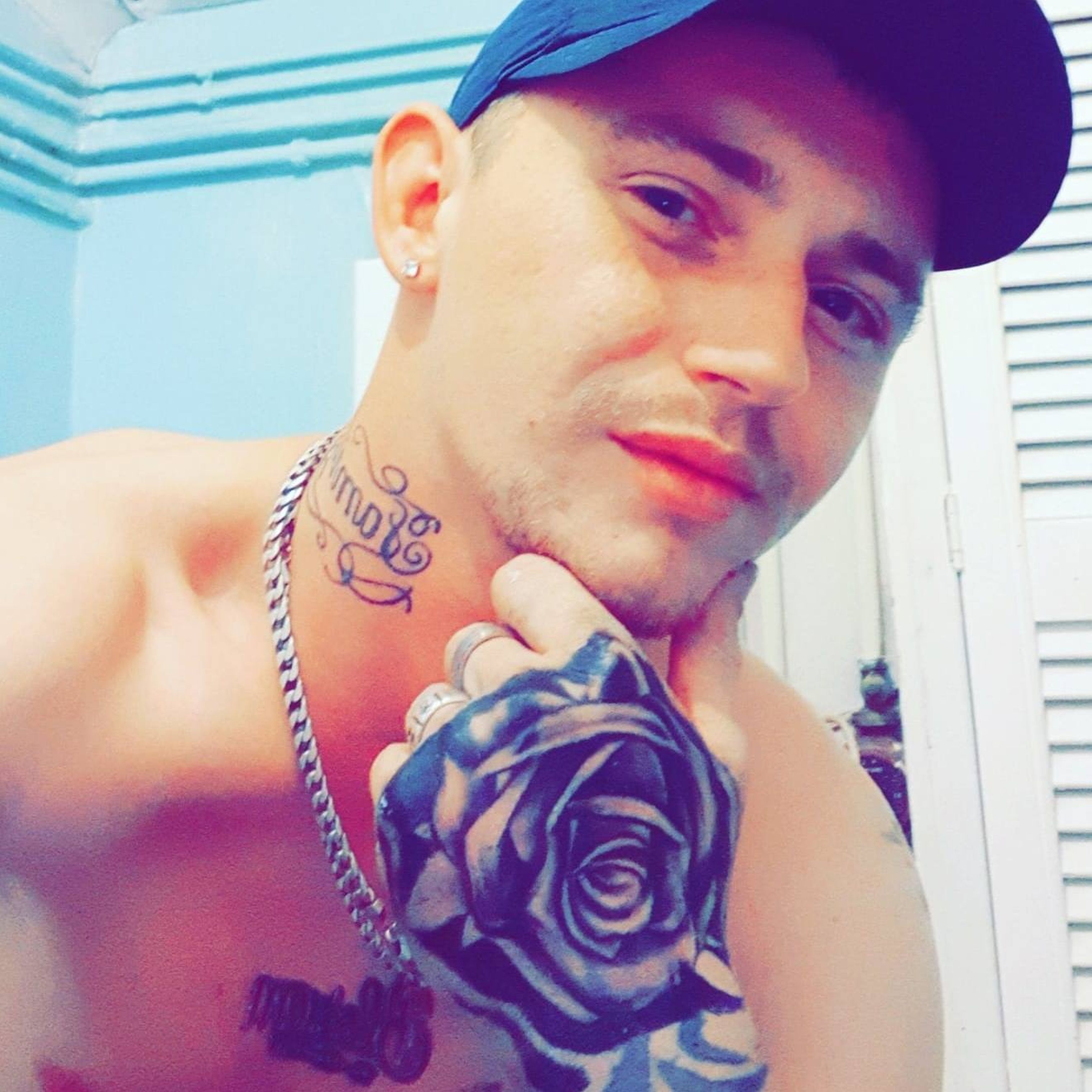 Mark said: "Getting married [to Blossom] was the biggest mistake of my life.

"My [new] relationship is better than my marriage ever was and I can assure you now the day I said 'I do' I should have said 'I don't' – it wasn't worth it.

"We had daily arguments and we split up as it just wasn't working.

"When we first got together I paid for her carpets, bed and household furniture. I did hope for a civilised split but that obviously isn't the way it has gone. I left her with everything, all I took was my clothes.

"Yes, there was a picture of me and another person in the back of a car but I'm entitled to friends."

'IT'S DISRESPECTFUL!' Royal fans furious with Meghan and Harry's birthday post to Charlotte

Meanwhile, a woman whose vile Tinder match said her ASOS dress "doesn't do her any favours" has become a model on the retailer's website.

A bridesmaid was left raging after her bridezilla mate UNINVITED her son from her destination wedding – after she'd already booked the tickets.

And a woman convinced her Tinder date to get matching four leaf clover tattoos BEFORE they'd even met.