OPEN AIR GALLERY: After the reopening of stores this week, residents in Milan found another reason to take a break from their confinement and walk the streets of the city as Luxottica has launched an initiative promoting art in public spaces.

The eyewear company installed a series of screens in strategic spots to broadcast a range of artistic masterpieces while local museums are still closed due to restrictions caused by the pandemic, with the additional goal of promoting and making the nation’s artistic heritage appealing and engaging for younger generations.

After partnering with the historic library and art gallery Veneranda Biblioteca Ambrosiana, the firm teamed with the Pinacoteca di Brera museum to promote six of its artworks through Dec. 20. Intended to celebrate Milanese collectors who have donated works to the institution, the selection comprises masterpieces by Italian artists Piero della Francesca and Giorgio Morandi as well as by Futurism exponents Umberto Boccioni and Carlo Carrà.

Screens have been installed in locations spanning from Piazza Cordusio and Corso Matteotti — standing a few steps from the Duomo cathedral and leading to the city’s Golden Triangle, respectively — to the building housing Luxottica’s headquarters in Piazza Cadorna.

The company said Milan will act as a starting point for the project, which is intended to be replicated in other locations to also promote international artists in the future. 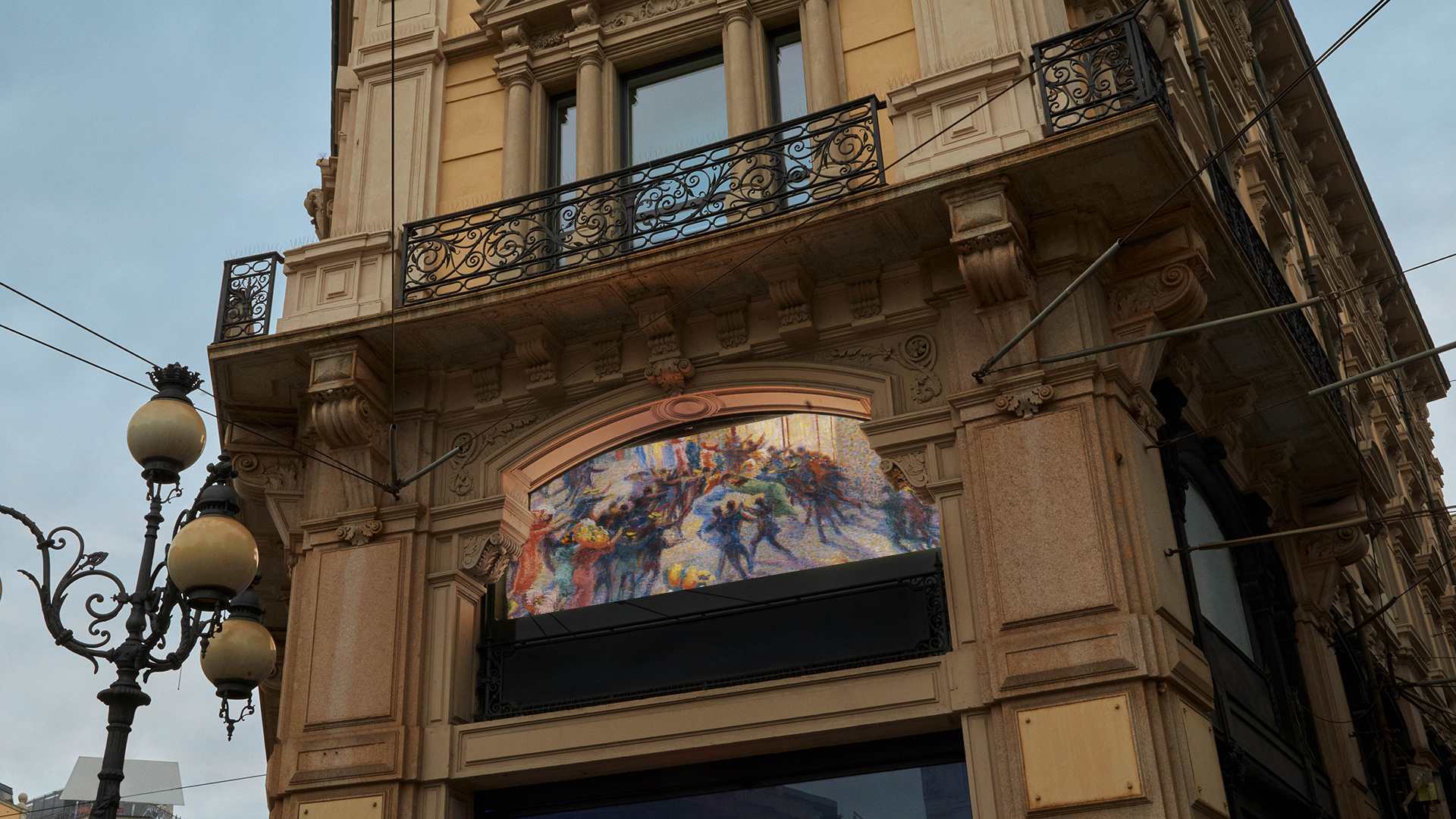 One of the screens installed by Luxottica in Piazza Cordusio in Milan. Courtesy of Luxottica

Over the last five years, Luxottica has invested in digitalization and communication, installing more than 20,000 screens globally — including in Times Square in New York and Covent Garden in London — as well as implementing digital tools in its 10,000 directly operated stores and partnering opticians.

The group, founded by Leonardo Del Vecchio, produces and distributes eyewear collections for fashion brands ranging from Giorgio Armani and Burberry to Prada and Versace and owns labels such as Ray-Ban and Oakley. In 2018, in a 46-billion-euro merger, Luxottica combined with France-based Essilor.