LONDON — Istanbul-based label Manu Atelier has been an exception of sorts in the accessories sector. At a time when the market is veering toward mega brands and longtime classics, Manu Atelier is one of the few contemporary accessories players that has managed to hold onto its currency.

With a post-pandemic world on the horizon, the young business, run by sisters Merve and Beste Manastir, wants to take things up a notch with a new flagship in its home of Istanbul, and a new campaign shot by photographer Harley Weir, who has also photographed campaigns for the likes of Balenciaga, Celine and Stella McCartney.

The Manastir sisters have always made a point of producing elevated, artistic imagery as part of their work, going far beyond the average Instagram visuals that other young brands tend to rely on. They have an ongoing partnership with stylist Alex Carl, who last year styled Lara Stone in the brand’s collection, and have brought on Weir to work with them on a three-part series.

The first part of the campaign spotlights the label’s new pre-fall collection and was created with a feminist manifesto in mind — a sign of the designers’ growing confidence in making their voices heard and using their platform to start conversations, as well as to sell bags and shoes.

The imagery features model Vivien Solari with smudged makeup across her face in a series of cobra-like, curved poses.

“We tried to use movements like the cobra roll, which represents the snake shedding its old skin, embracing the now, and the flow of time from old to new. It’s what we faced with this pandemic,” said Merve, who got the idea from her own yoga practice during lockdown. The sisters were also keen to highlight the concept of freedom of movement in a world where women have been given a set of social guidelines about how to carry themselves.

“We keep coming across the issue of women in the patriarchal structure and believe it affects women in their body language: We’ve always been told as women from an early age not to sit, talk, dress or walk like a man. But actually as people who believe a woman can do anything she wants, we wanted to use women’s body language here as a symbol of revolt,” Merve said.

The whole Manu Atelier creative team will be taking the conversation further online, asking and answering questions on the brand’s social channels about their understanding of freedom, the patriarchy and reform.

It’s an abstract interpretation of a complex social issue and while the Manastir sisters are aware they aren’t policy makers, they feel a sense of responsibility to address the issues through art and narratives.

“It gives us more inspiration and courage to have an input on the things that disturb us on a daily basis. They might not be affecting our lives directly, but that doesn’t mean we should sit and watch what’s happening. It’s more about bringing a voice to our brand, because fashion is exactly the kind of industry that [can] harm women on a mental level.

“A women’s magazine shows you the skinniest models in the first pages, tells you how to stay fit, tells you to love yourself, and in the final pages they give you cookie recipes. Which one of those women do you want us to be?” Merve said. “We can influence how the perception of women is being shaped through imagery.” 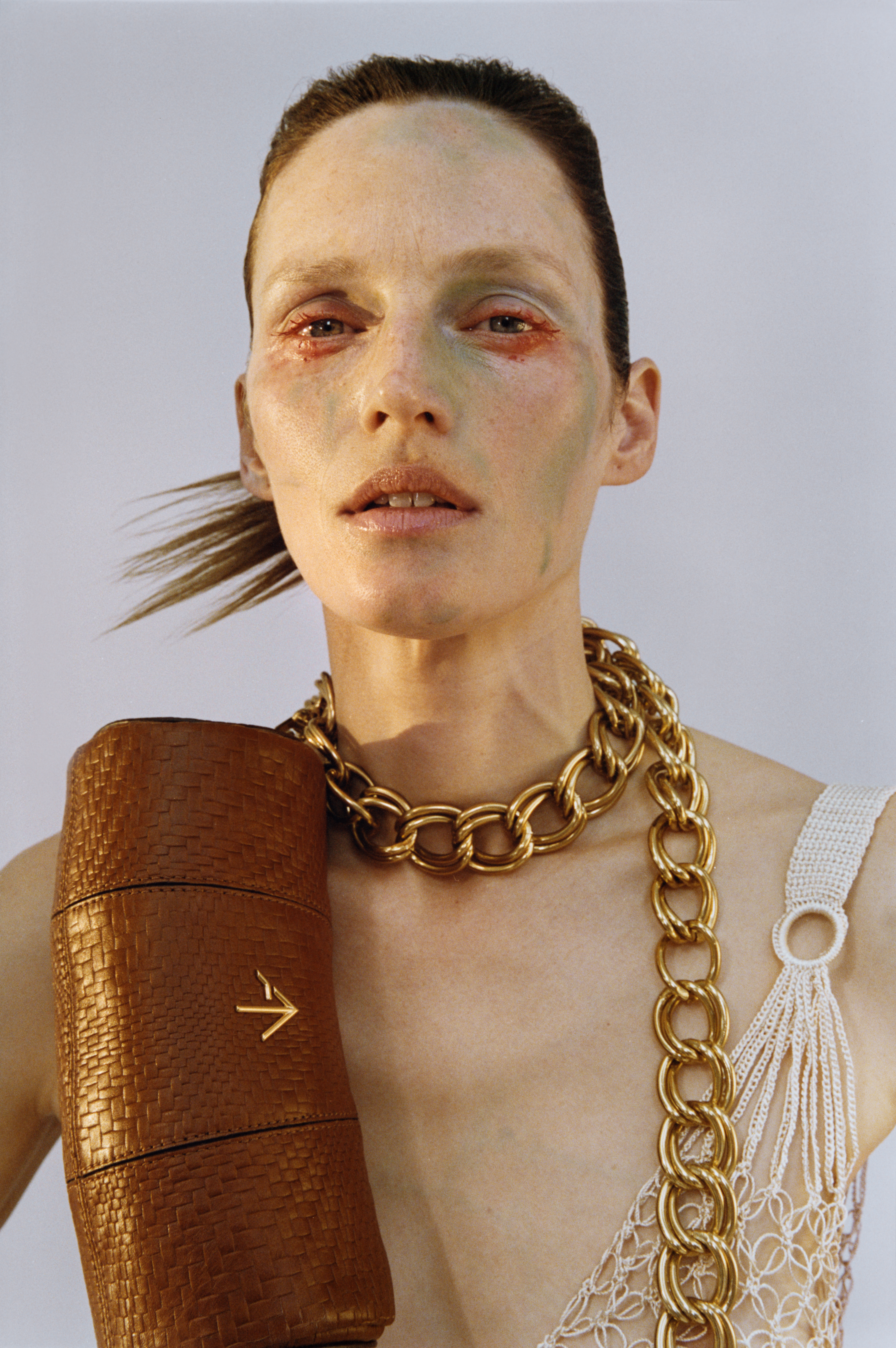 The campaign features Manu-branded clothing made specially for the shoot, including raffia tops sewn together by the two sisters and leather trousers made in collaboration with designer Lou de Betoly using leather leftovers from the brand’s accessories production.

“We could, at some point, consider ready-to-wear, but in our way,” said Merve, adding that the brand has been putting increasing effort into reducing waste. It employs hand-cutting techniques to create its bag patterns, which are the most efficient in eliminating waste, and uses leather offcuts on new bag designs. It has also experimented with a vegan stretch leather this season for a pair of knee-high boots with heels that are bound to fit well into fashion’s new Roaring ’20s mood.

The brand plans to open its Istanbul flagship toward the end of May, when restrictions in the country are set to ease. The space was designed by two female architects in the brand’s signature warm, earthy hues, with custom furniture, including leather benches, made using leather leftovers from the factory.

“In Turkey we have a strong retail network and people love going to the stores physically, having small talk with the salespeople, having their coffee there — even in the pandemic this didn’t change because here stores have always remained open,” Merve added. 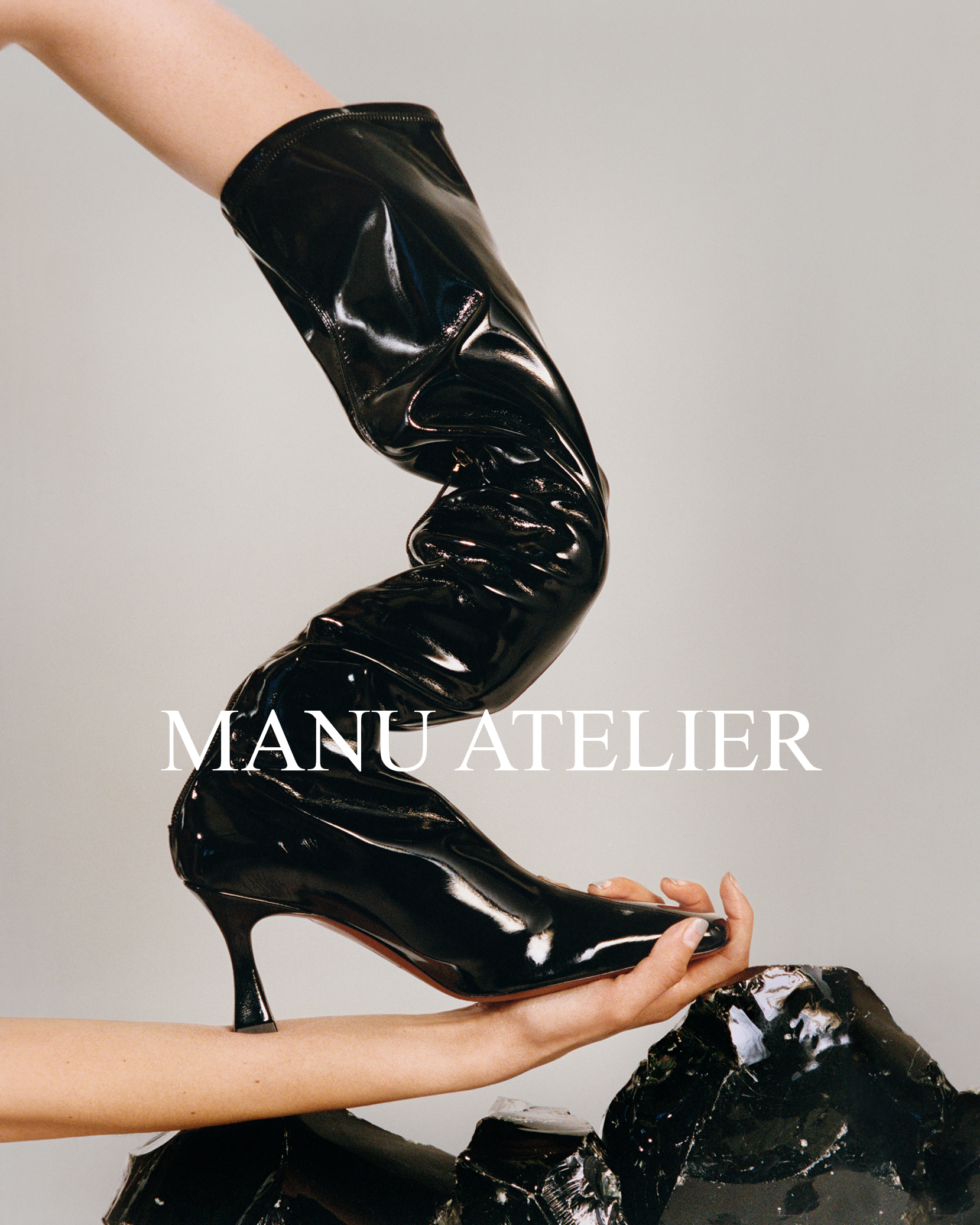