Having built a successful career as a fashion model in the past, it comes as no surprise that so many people have such a strong interest in Melania Trump’s wardrobe. What’s more, since taking on the role of First Lady for the United States, it’s thought that teh 48-year-old has undergone a style transformation. Recently, Melania was pictured wearing a vibrant LK Bennett dress, while greeting Caribbean Leaders to her and Donald Trump’s Mar-A-Lago resort in Palm Beach, Florida. She chose the Andrea dress for the occasion, which featured a bold orange, black, and white pattern.

LK Bennett, which entered administration last month, has been worn a number of times by Kate Middleton, 37, in the past.

What’s more, the Duchess of Cambridge’s sister-in-law, Meghan Markle, seems to be a fan of the designer behind Melania’s shoes.

The Duchess of Sussex, 37, has an incredible 37 pairs of shoes, it has been revealed.

With these items clearly favourites for the British royals, it could be pondered as to whether the First Lady has sought some style inspiration from across the pond. 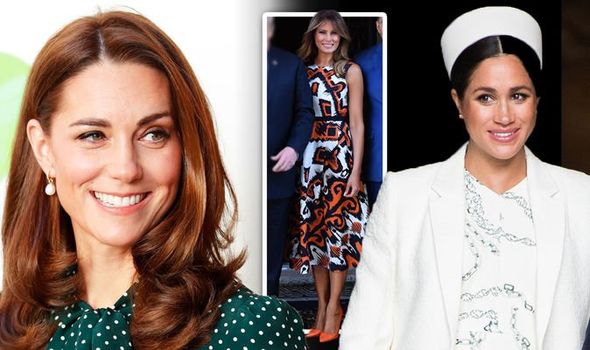 Lindsey Evans, stylist to the stars

But, what does stylist to the stars, including Madonna and Taylor Swift, Lindsey Evans have to say about the First Lady’s recent look?

Their designs are a go to for any stylist who has a client with a classic, elegant and timeless aesthetic.”

But is she taking style tips from the royals? Lindsey explained that she doubted that would be the case.

“I believe the common thread in these style choices speaks to the integrity of the brand and design houses,” she suggested instead. “When a piece ‘works’ on multiple public figures and sells its because its a great piece, plain and simple. 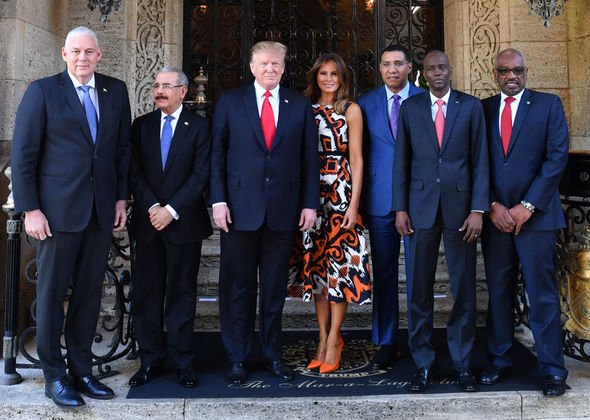 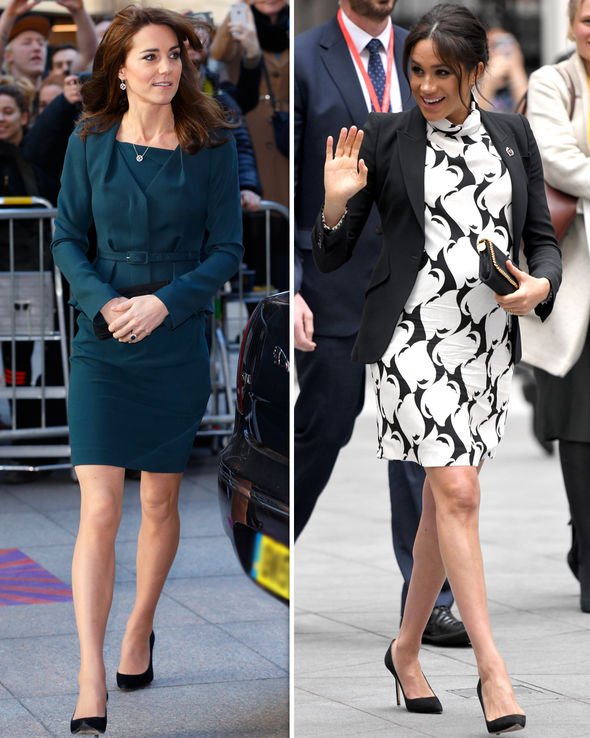 “I believe Melania has always had great taste and isn’t taking inspiration from anyone.

“She knows a good thing when she sees it and has the best of the best to choose from – much like the Royal Family.”

“As far as various royals wearing Manolos – Manolos are a great classic shoe.

“It would be challenging to find a public figure who doesn’t own a pair of pumps from the luxury shoe brand.”

Mum-of-one Melania can speak more languages than any other First Lady before her: English, French, German, Italian, Serbian and of course her mother tongue, Slovenian.

This also makes her the only First Lady whose first language is not English.

After Jacqueline Kennedy, Melania is the second First Lady who is a practising Catholic.

She met Pope Francis as part of a foreign tour with her husband and stepdaughter Ivanka last year.

Her skills aren’t confined to print, and she appeared in a commercial for Aflac, an American insurance company, in 2005.

Melania’s parents are Amalija Knavs and Viktor Knavs, and the couple live together in Washington.

She has one sister, Ines, who is reported to live in New York and work as an artist.

On May 7 2018, Melania launched her flagship campaign as First Lady, BE BEST, which The White House describes as “an awareness campaign focused entirely around the well-being of children”.

There are three main strands to the initiative: well-being, social media, and opioid abuse.