Meghan Markle has been an official member of the British Royal Family since marrying Prince Harry in 2018, in a televised wedding at St George’s Chapel, Windsor Castle. At the beginning of Meghan’s royal life, even during the transitional period before she married Prince Harry, Meghan had a distinct fashion style.

During her career as an actress Meghan took many risks with her style and was no stranger to bold fashion choices.

But it wasn’t until this time last year that the Duchess of Sussex’s royal style was beginning to emerge.

Many of her fans saw the ex-Hollywood actress ditch the grand displays and sexy outfits in favour of adopting a more subtle way of presenting herself.

Delicate jewellery, neutral hues, bespoke garments with high-street fashion all featured in Meghan’s wardrobe, offering a glimpse at a more relatable royal than ever before. 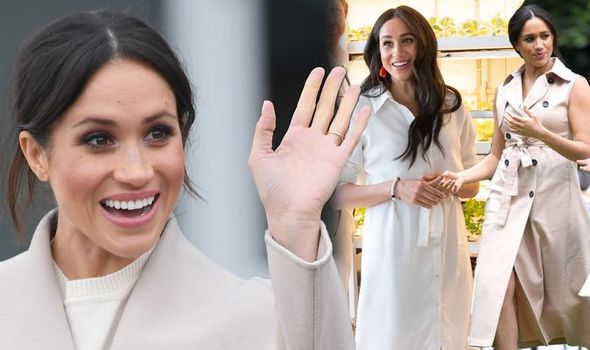 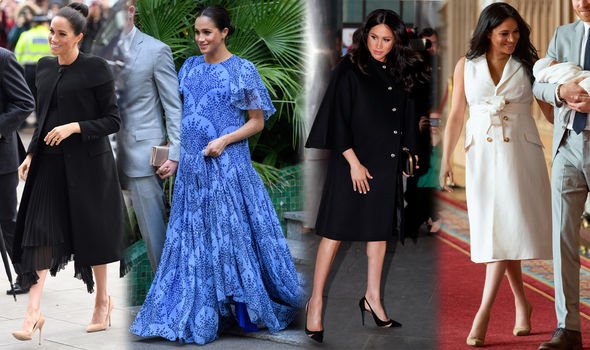 Kate Disick, royal blogger and enthusiast,, said: “Meghan’s fashion has evolved this year, gone is the scared, fresh-eyed royal and in her place this year we seem to be seeing a much braver and in control royal woman.

“Meghan is not afraid to stand up for herself and has been more experimental with her fashion choices.

It wasn’t until 2019 that the royal truly blossomed in her new found role.

DON’T MISS:
Camilla and Princess Anne’s hilarious royal Christmas clash [PICTURES]
The one rule Queen bent for Princess Beatrice but not for William [INSIGHT]
Kate Middleton and Prince William – a year in pictures: A look back [PICTURES]

A big change to Meghan’s 2019 wardrobe saw the Duchess wearing outfits more than once.

However, this reuse, recycle attitude didn’t emerge until the latter half of 2019.

It’s likely that the Duchess was waiting to amass an arsenal of royal clothes before she felt comfortable in being able to wear the same thing twice.

Or the Duchess could very likely have adopted the wardrobe and attitude change after being initially criticised in 2018 for having a wardrobe that cost $85,097 (£64,146).

Yet, when the eco-friendly and purse-pinching style did emerge, it revealed that from now on her fashion choices would be a conscious endeavour. 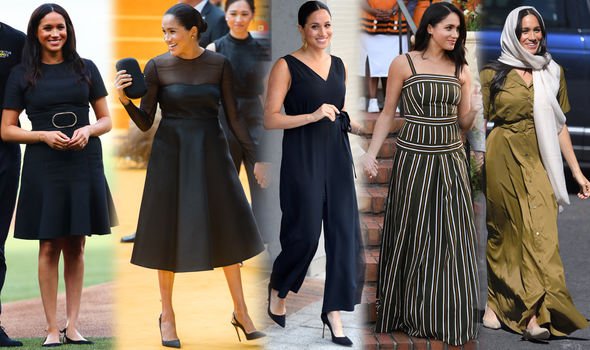 Earlier this year, Meghan demonstrated her thrifty new wardrobe after she was pictured in several recycled outfits during her visit to South Africa with Prince Harry.

Christine Ross, a royal expert, explained to Town & Country magazine said that royals rewear outfits when they want to make a statement.

She said: “They do it when they want to redirect the conversation, and it shifts that conversation from fashion to substance.”

As well as this refreshing approach, Meghan rocked the maternity look while pregnant with baby Archie.

She spent the first four months of 2019 readying for the birth of her first child. 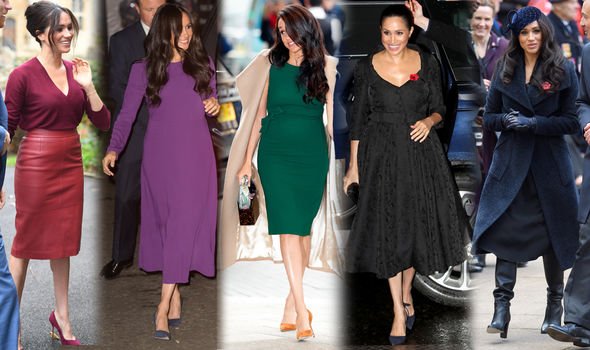 The maternity style may, for many, be something that is dreaded.

The Duchess, however, embraced her bump, selecting both tailored and flowing silhouettes.

What was interesting, a royal expert said, was that Meghan rarely picked outfits from the maternity department.

Instead, she regularly opted for looser fitting bespoke pieces – hinting at her passion for everything fashion.

Elizabeth Holmes, the journalist behind the popular #SoManyThoughts Instagram series about royal fashion, told Town & Country earlier this year: “I think what it comes down to is there is a mindset, especially among some in the fashion community, that maternity clothes can be frumpy or dowdy.

“And I do think that there is a certain kind of pride that some fashion people take in being able to just avoid maternity clothes all together.”