MEGHAN Markle recorded a secret voice message for a young teen fan who has been battling a brain tumour and got Prince Harry to play it to her during an engagement at her school yesterday.

The Duchess of Sussex, 38, has been chatting to Aleyna Genc, 14, for around two years after the schoolgirl wrote to her saying she was inspired by one of her speeches. 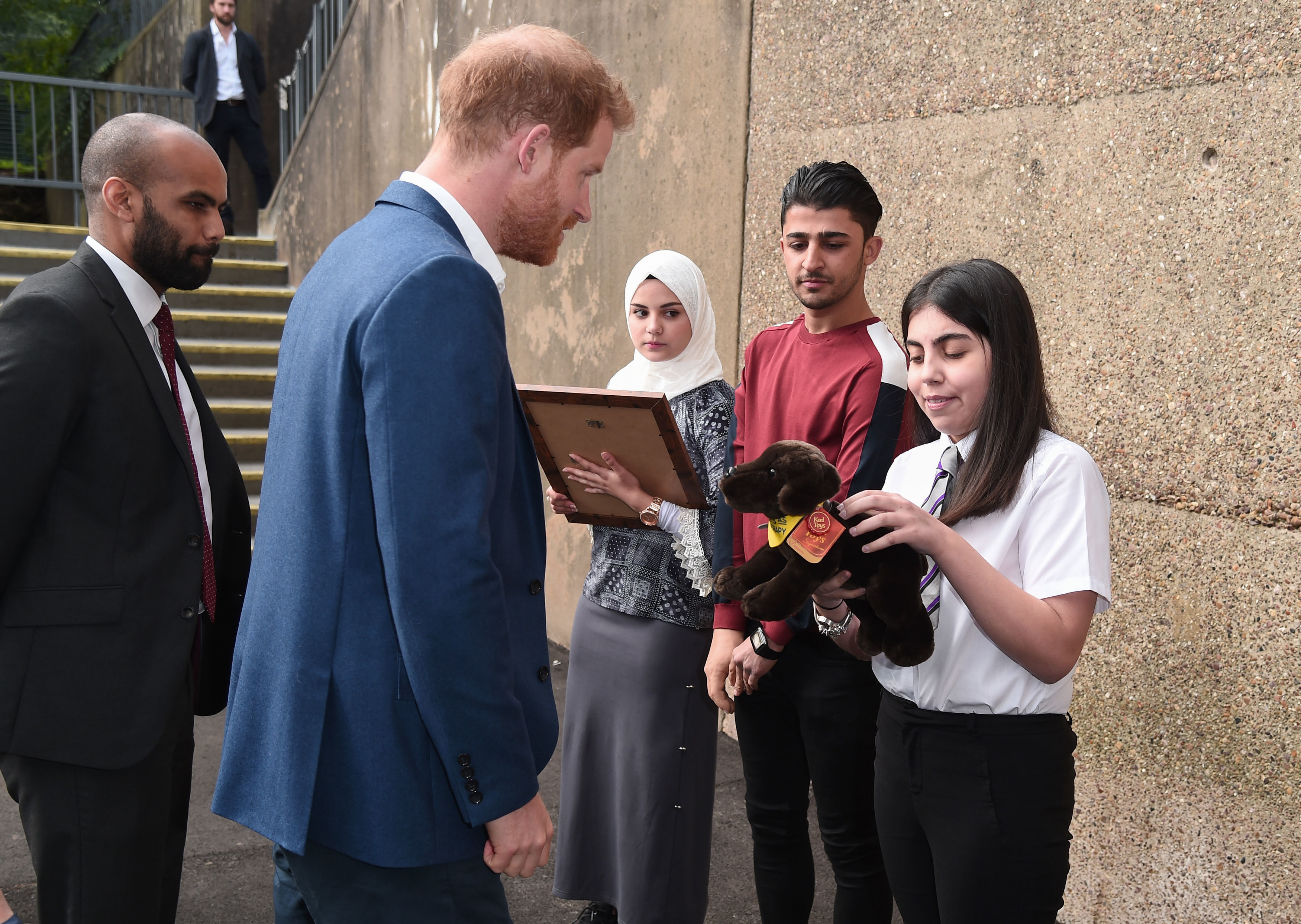 During his visit to Nottingham Academy on World Mental Health Day, Harry asked to meet Aleyna so he could pass on the message.

Mum-of-one Meghan, who was unable to attend, had made sure the message was recorded on Harry’s phone so he could play it during the engagement.

Aleyna said: “I've been lettering with Meghan for around two years now and she sent me a little voicemail and I listened to that.

“I just sent her a letter because she made a speech and that was the one that really inspired me – her UN women's speech." 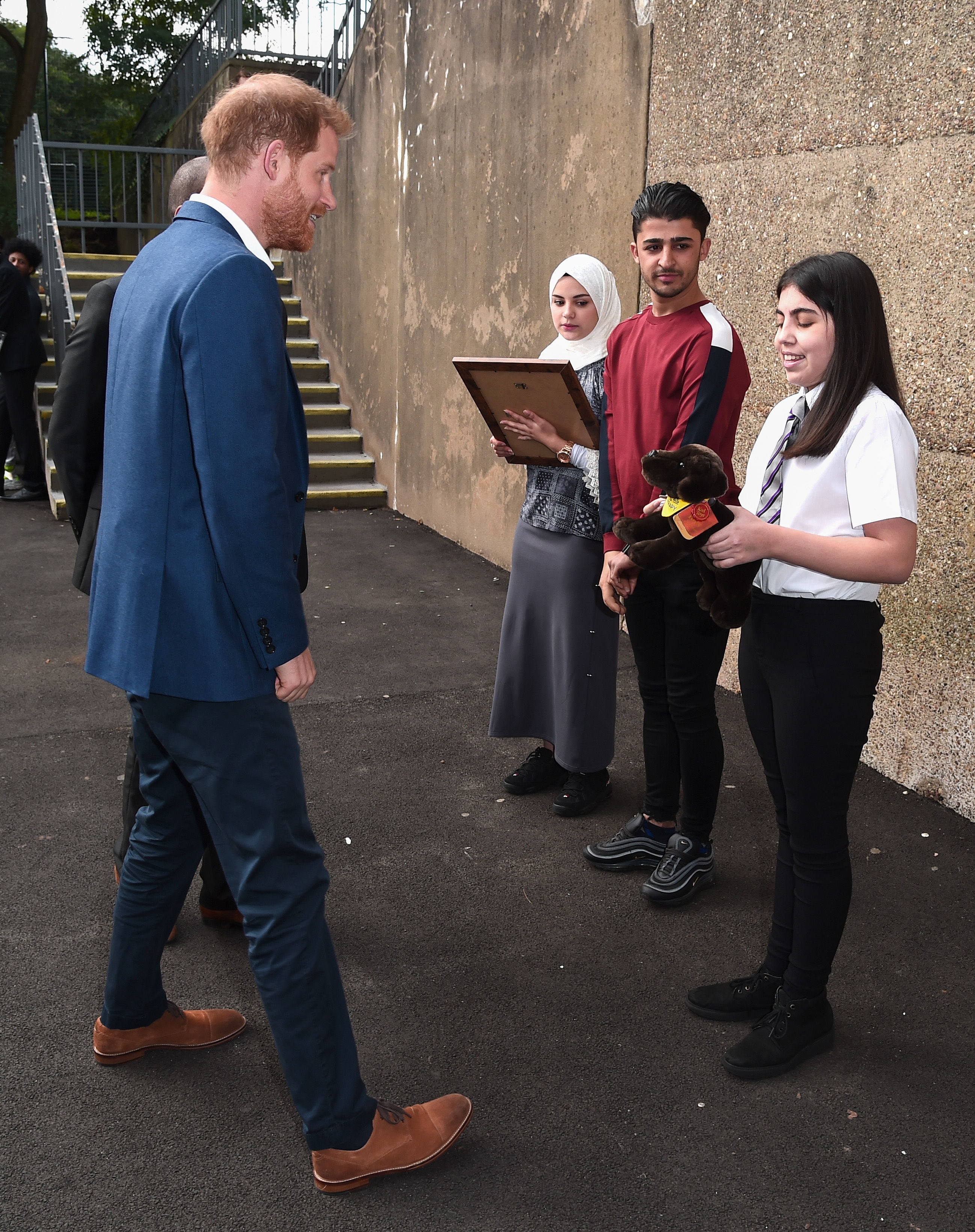 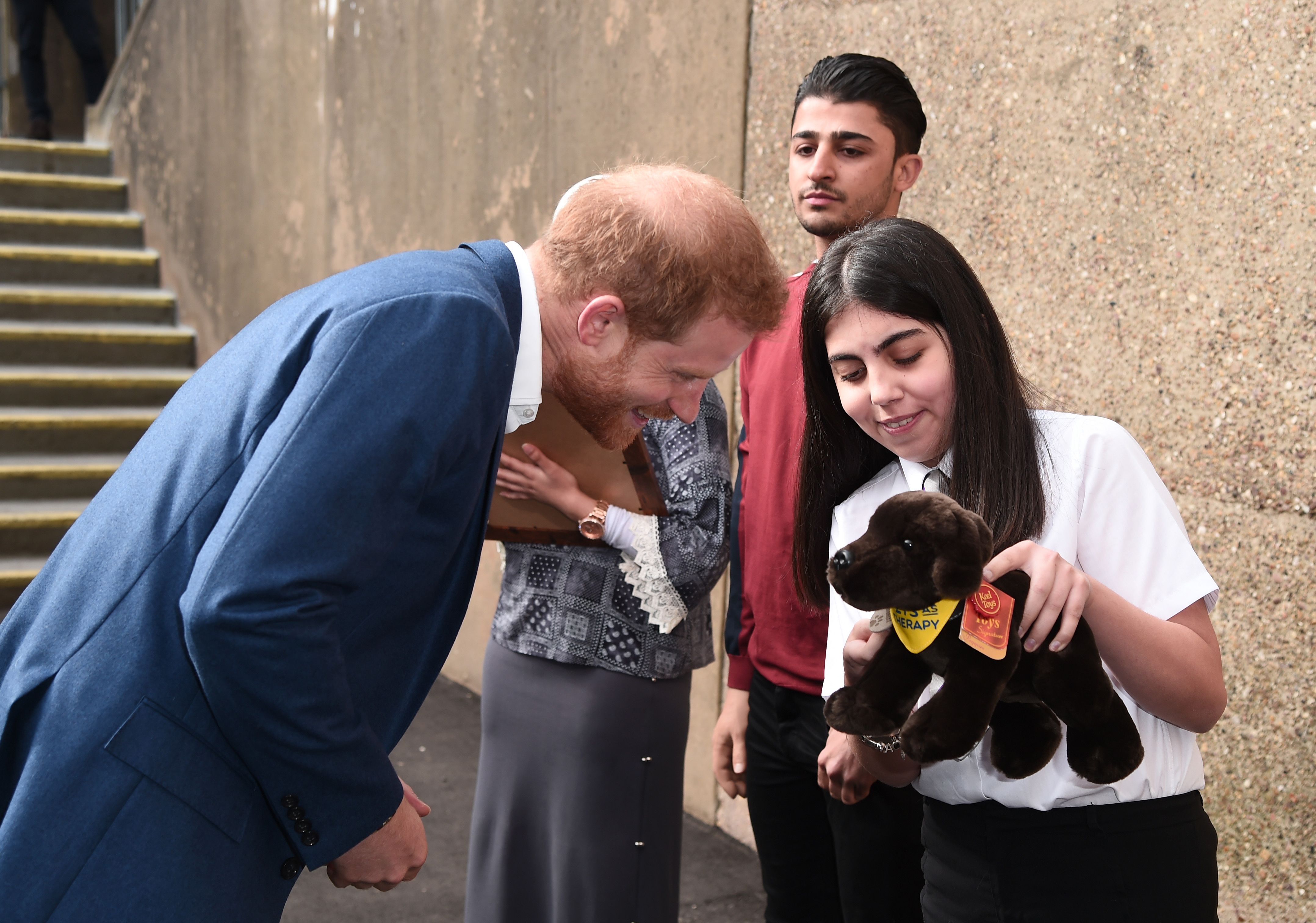 Aleyna then gave Harry a toy dog for baby Archie, and the prince revealed he hadn’t had much sleep over the past few days thanks to the little one.

He made the light-hearted comment that exams are the “best time of year”, before adding “not really”.

It comes after the 35-year-old royal teamed up with Ed Sheeran to encourage Brits to speak up if they are struggling with mental health.

The "nation's favourite gingers" shared a clip of themselves together, saying: "Make sure your friends, strangers, look out for anybody that might be suffering in silence together." 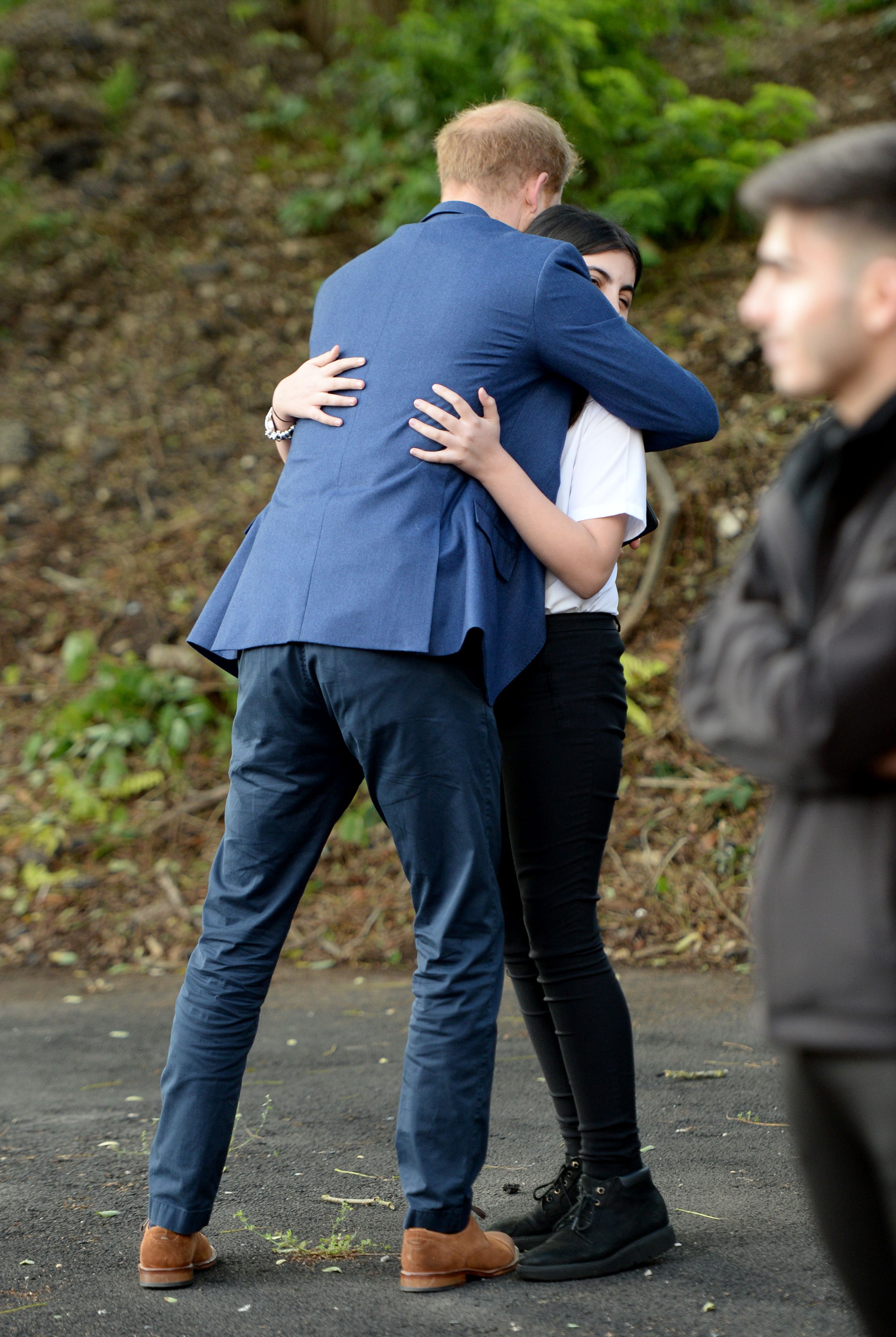 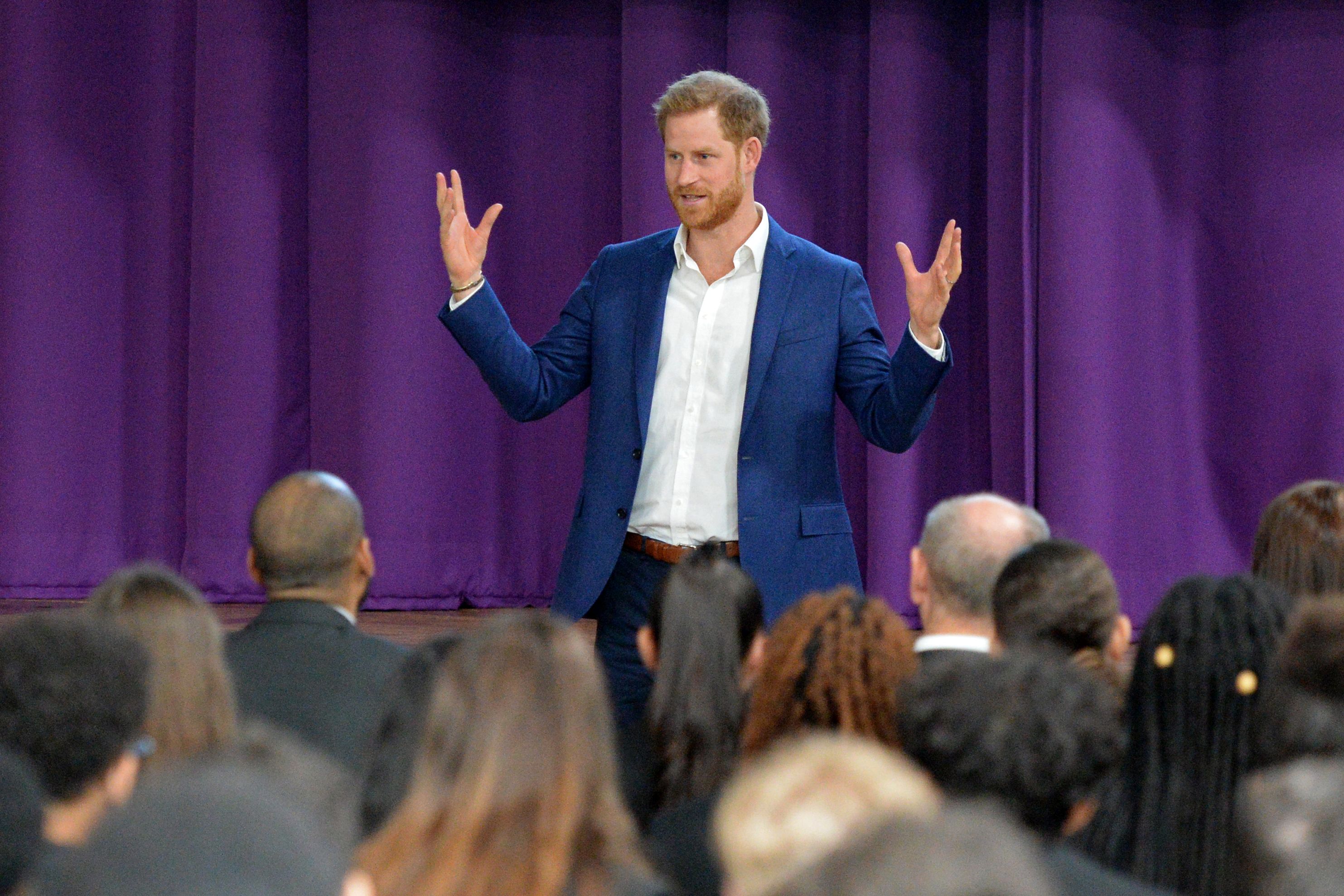 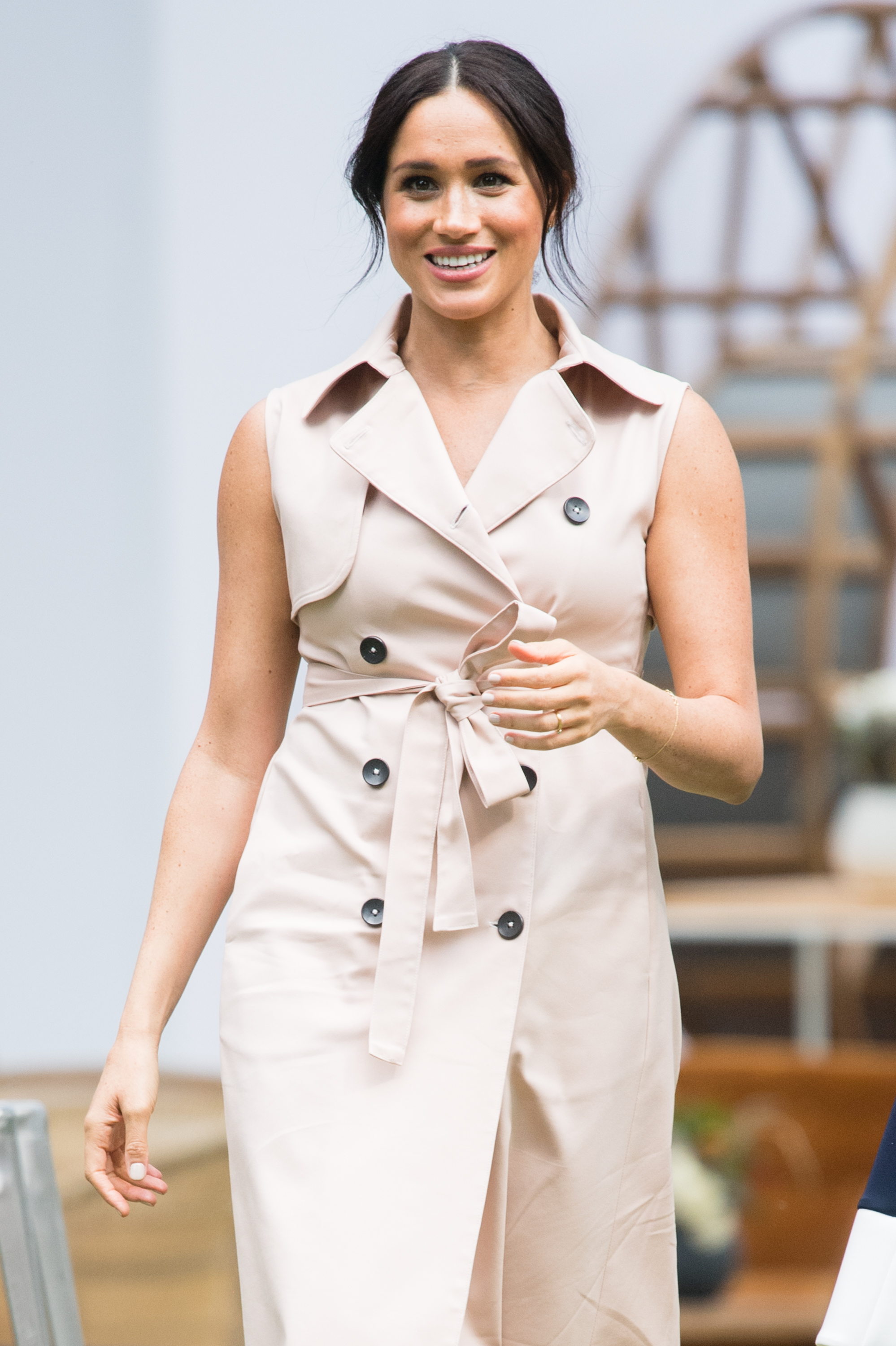 Harry and the Duchess of Sussex visited the school in November 2017 – their first official visit following their engagement.

It comes just days after Harry – alongside Meghan, William and Kate – gave his voice to a TV advert launching Every Mind Matters, a joint campaign by the NHS and Public Health England, which advocates good mental health.

Earlier this year Meghan was praised by US talk show host Ellen DeGeneres for being “compassionate”.

Taking to Twitter, Ellen said: “Portia and I met Prince Harry and Meghan in England to talk about their work on wildlife conservation. They were the most down-to-earth, compassionate people.”

In more royal news, we shared how one of Harry's polo pals claimed Meghan "gave up everything she had to marry him".

And Meghan was seen in fits of giggles as she was crowned with an Instagram filter in unseen footage from royal tour.

Meanwhile, Kim Kardashian has said Meghan and Harry are "not perfect" but praised them for "changing the world".