There have been two royal weddings and one royal tour this year. That means you may be thinking that royal fashion watchers have had enough, but think again. Meghan Markle’s Christmas coat is proof that when it comes to wearable styles — because unfortunately people can’t wear wedding gowns daily — people can’t get enough of the British royal family.

If you’re not familiar with the royal family’s Christmas traditions, you may not have expected to see them this holiday. After all, the season is typically meant to be spent with family, not so much out in the public eye. That’s partially true for the royal family.

During Christmas they stay at their winter estate named Sandringham which is about two hours outside of London. While there, they spend time together as a family, but they also attend Christmas Mass and even walk to the service together. That’s where the public gets to see the family (and their fashion choices) for Christmas.

All members of the royal family walk to a public mass (after first attending a private one) together, and that’s where the big style moments happen. For Markle, this means a brand new Christmas coat, and since she kind of is the queen of outerwear, it’s not surprising that this year’s look was a gorgeous navy, button front coat. 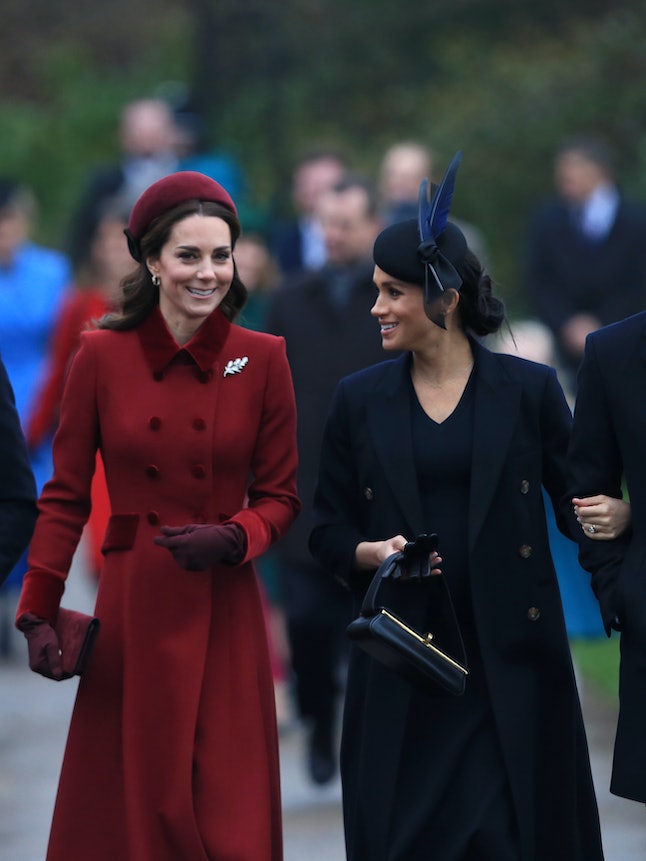 For her walk with Prince Harry, Prince William, and Kate Middleton alongside the rest of the family, Markle chose to wear an all navy ensemble with knee high black boots. According to Elle UK and as expected, the look was from a British designer and friend of Markle’s Victoria Beckham . The Duchess of Sussex paired the piece with a pair of black gloves and a black structured bag also from Beckham’s line. 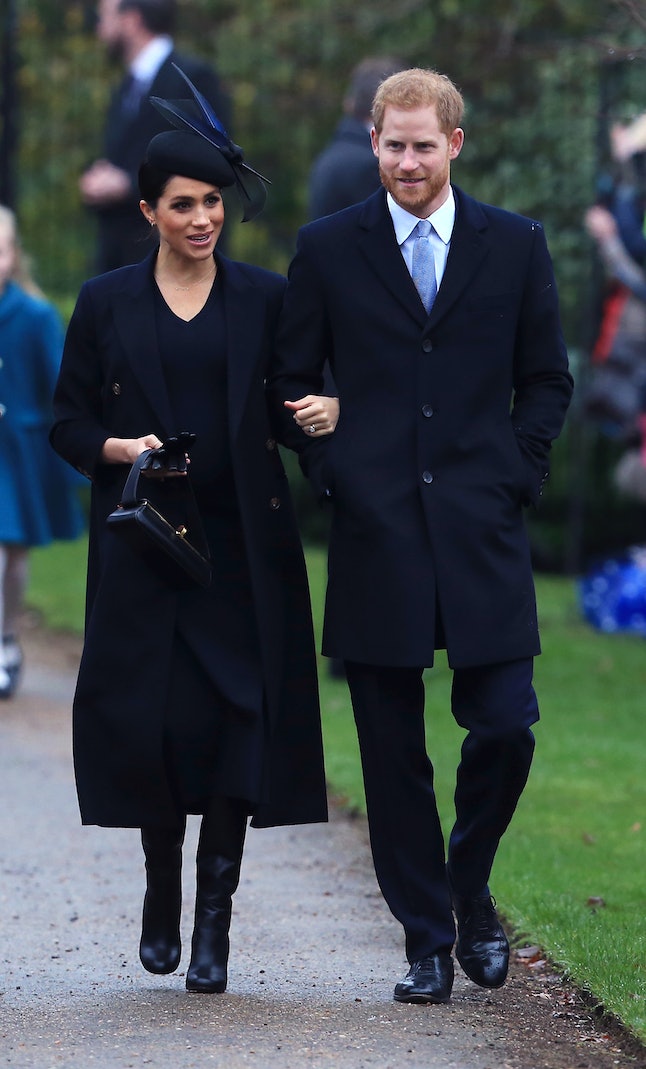 Markle’s Christmas coat was totally different from her choice last year. While still engaged to Prince Harry, Markle attended Christmas Mass with the family and looked stunning while wearing neutrals that still managed to make her look festive. Last year’s belted cream coat was reminiscent of the same one she wore when she and Prince Harry announced their engagement, and she paired it with a pair of camel-color knee high boots and a camel Phillip Tracy hat. 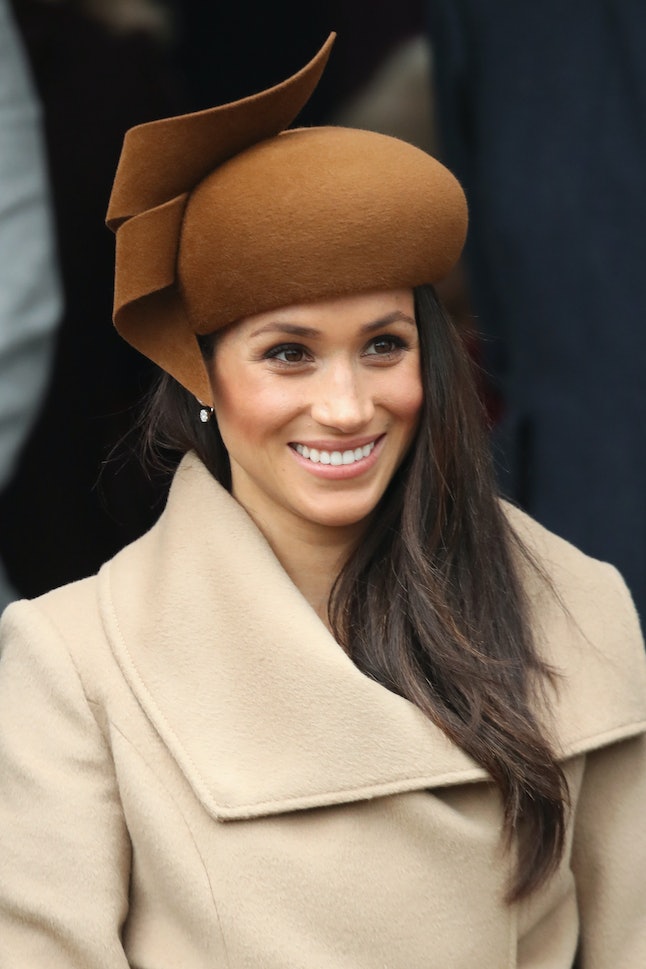 This year, though, Markle chose a much darker hue for the Christmas service and instead of the the tie-waist that she’s worn quite often, the coat was a button front that fell to her calf (hello, it’s cold in the UK). 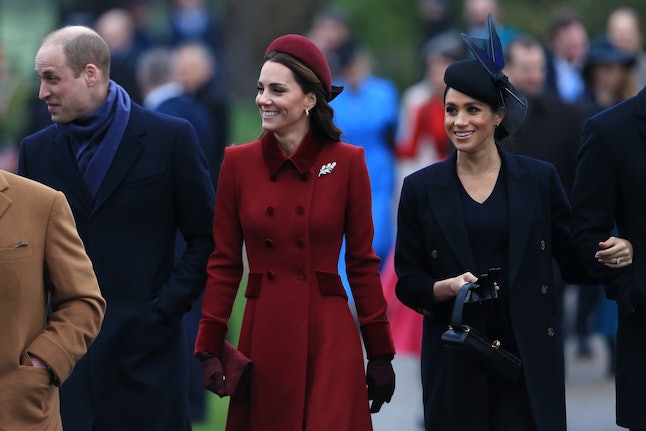 As for the rest of the royal family, they also all looked incredible. Markle’s sister-in-law Kate Middleton wore a gorgeous crimson coat with velvet details and a perfect headband instead of a traditional hat. Basically, they all look festive AF for their Christmas mass.

While no royal wedding is around the corner, thankfully, Christmas comes every year. For royal style watchers that means getting to see more of the Duchess of Sussex’s personal style. That’s got to be a great Christmas present for all fashion lovers.