THE TERRIBLE two's is a phase many parents fear.

At that age, kids are discovering a myriad of emotions and they have no idea how to deal with them, which causes them to lash out in non-stop tantrums. 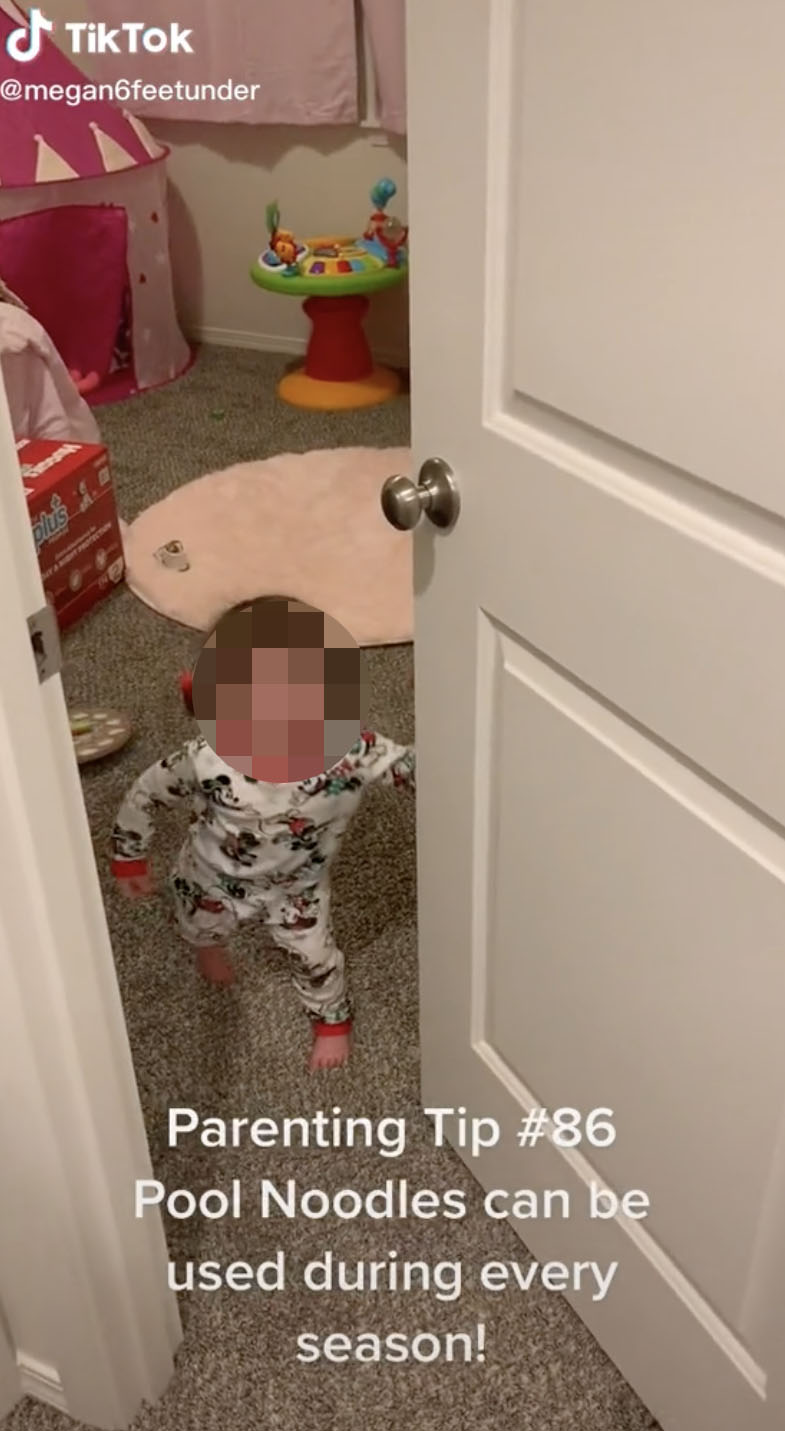 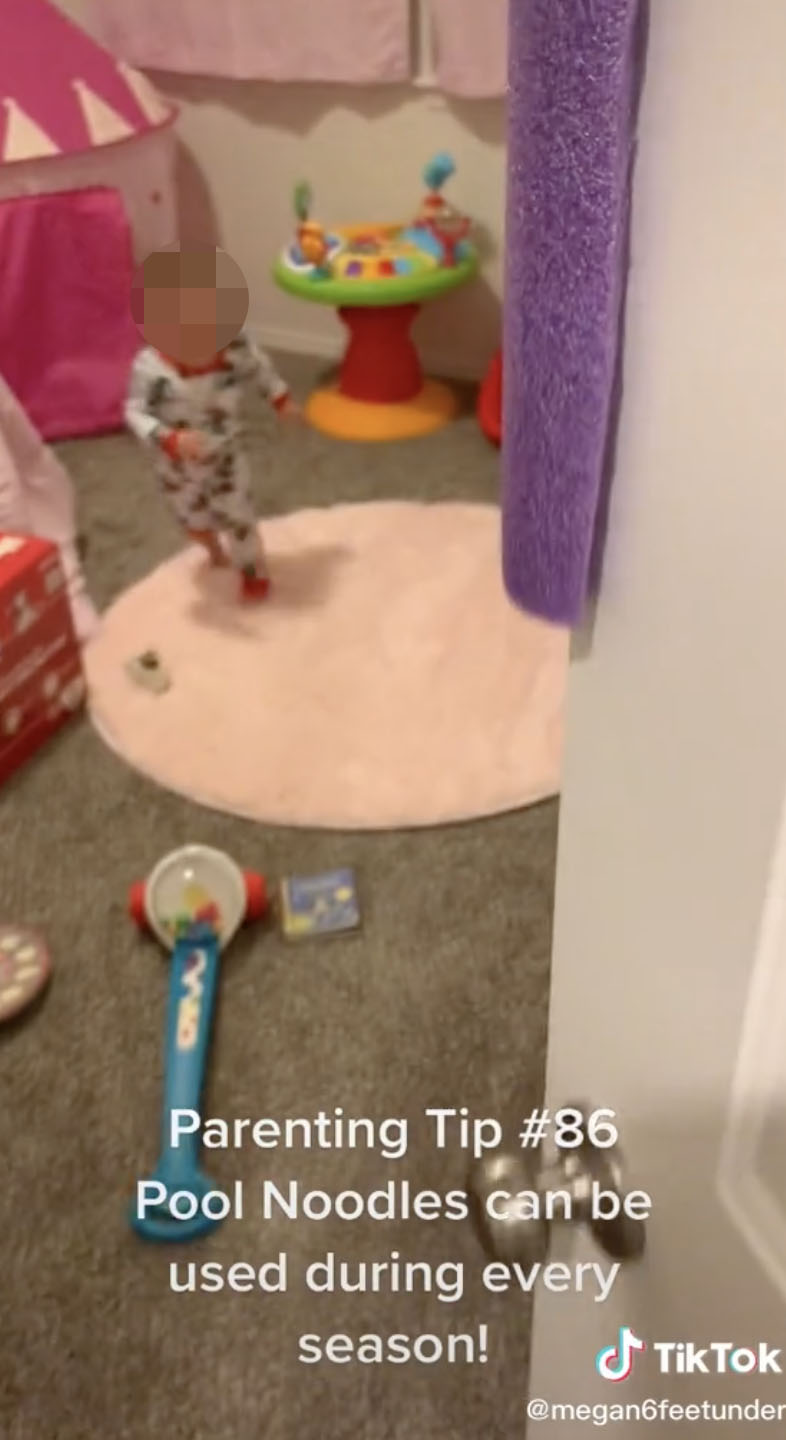 Well, this mom discovered how to stop her toddler from slamming her bedroom door shut whenever she has a tantrum.

Megan Graves, who is a comedian and actress, revealed how she handles her daughter attempting to lock her out of her room.

A toddler closing their bedroom door is not so much a privacy issue, but a safety issue as they should not be unsupervised at such a young age.

Well, in the hilarious video, her daughter kept closing the door on her until the DIY mom pulled out a chopped-up pool noodle that had also been sliced from top to bottom.

She placed the pool noodle at the edge of the door, making sure it was high enough so that her toddler couldn't reach it.

When her daughter tried to close the door once more, the door stayed ajar which shocked the toddler.

The daughter then spent a few seconds trying to reach the noodle with no success.

In the caption of her video, she wrote: "Use pool noodles to stop toddlers from closing the door and locking themselves in a room.

"Never have to worry about squishing their finger either! Also works great on closets!"

Previously, a child expert had revealed why you should actually put your kids to sleep at midnight.

Mom-of-two, Victoria Yavnyi was recently slammed by other parents after admitting that she puts her baby to sleep at midnight.

The TikTok user argued that her seven-month-old still has a solid 12-hour sleep and wakes up at 1 pm rather than a very early 7 am.

Victoria said: "I never understood why parents would put their babies to bed at 7 pm.

"As long as the baby has their needed amount of sleep the time you put them to bed doesn't matter."

While some dubbed it "irresponsible" and "selfish" she isn't the only one and many mums insist that a later bedtime actually suits them better.

Defending the decision, one mom wrote: "I like this idea, I used to always put my first baby to bed late too (9 pm to 10 pm), I've never had so much sleep in all my life, it was the best!"

With another adding: "I work from home and my baby sleeps from 11 pm to 11am, it allows me to wake up, clean the house, make all my calls for work and she wakes up right on time for us."

Moms and experts at The Sleep Mums say that while a 7 am-7 pm sleep schedule is certainly more conventional,  it doesn't mean it's best suited for everyone.

Speaking to Lifestyle, child sleep expert, Sarah Carpenter, 40, and parenting journalist, Cat Cubie, 39, who hosts the award-winning podcast, revealed that so long as you meet all of your baby's needs, it actually doesn't matter what time they go to sleep.

"There are many reasons that it might make sense to keep to this more
nocturnal routine: from partners shift patterns to personal lifestyle choices," Cat revealed.

"When considering if you should put your baby to bed at midnight you have to ask yourself this question. Can you meet ALL of their needs with a bedtime routine that starts at midnight? Are you sure you can consistently meet their sleep, milk and food needs for their age and stage over the 24 hour period?

"If you can answer yes to these final two questions, there is no reason not to try putting your baby to bed at midnight. In fact, you could remove ‘midnight’ and put in any time of the day or night."

Cat continued: "The key thing to think about whenever you are looking at a baby’s schedule is that you meet all of your babies needs in 24 hours. How you use that time that is up to you.

"Some parents might argue that in the first six months of life, for many babies, you are really just putting them to bed for another nap at ‘bedtime’.

"So, even when you are following a more traditional 7 pm to 7 am schedule you are actually putting them to bed at 7 pm, midnight and 4 am!"

If you'd like to try following a less standardized schedule, for example putting your baby to bed at midnight, there are some things to think about, according to Cat.

"Babies and adults have daylight needs so if the baby is sleeping more through the day, you need to ensure they still get time outdoors and/or in daylight," she said.

What's more, it's important to "know your baby" including how much sleep, milk, food, and active time they need at any given stage.

She continued: "Also, if your baby is over five months you will need to adjust things much more gradually.

"If they are younger you can do it more quickly by adjusting feeds allowing bedtime to come forward faster."

Finally, Cat stressed the importance of being consistent, adding "if midnight works for you as a bedtime be consistent with that schedule."

She said: "Messing around with it is more likely to cause sleep issues. Then if and when you are ready to change your schedule commit to it and be consistent with your approach." 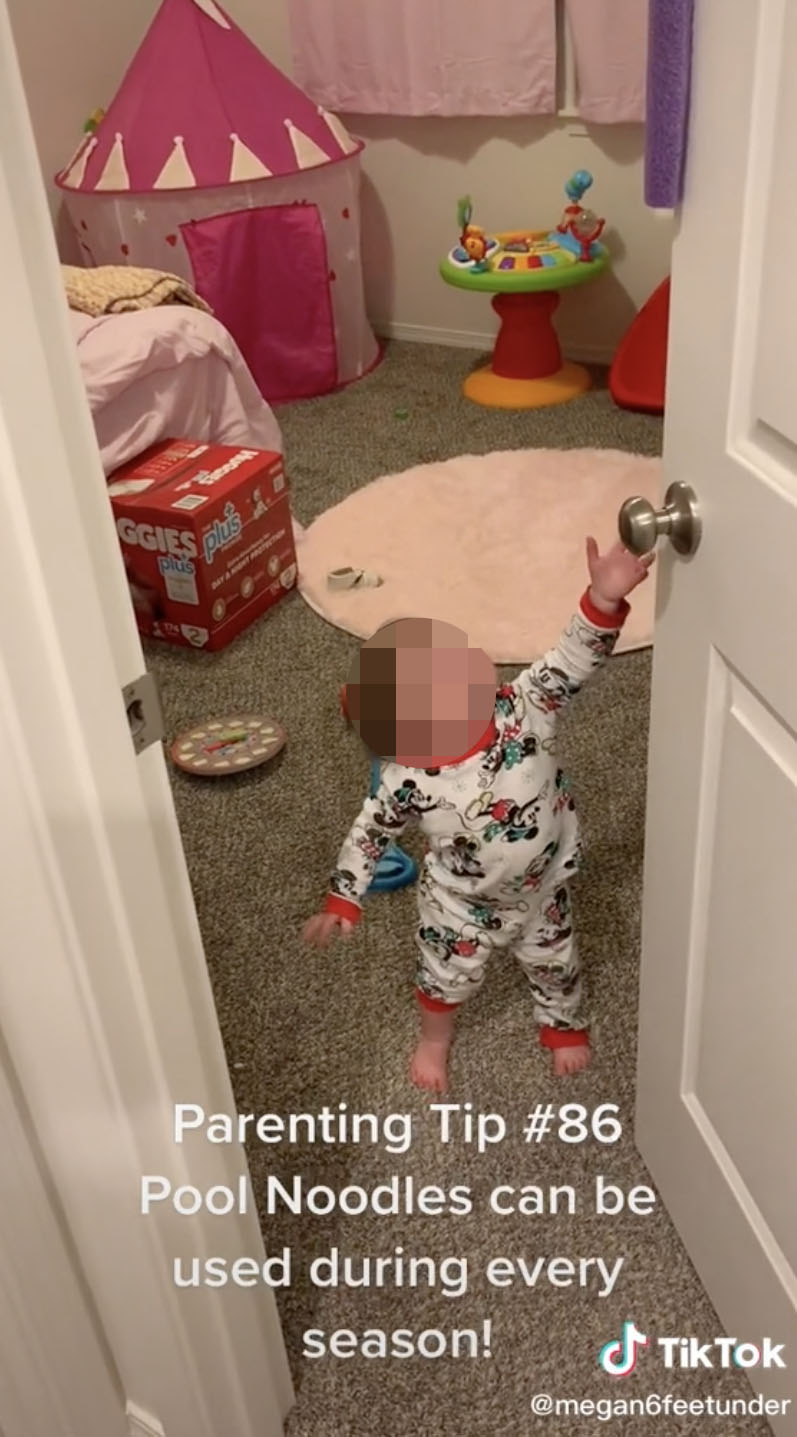 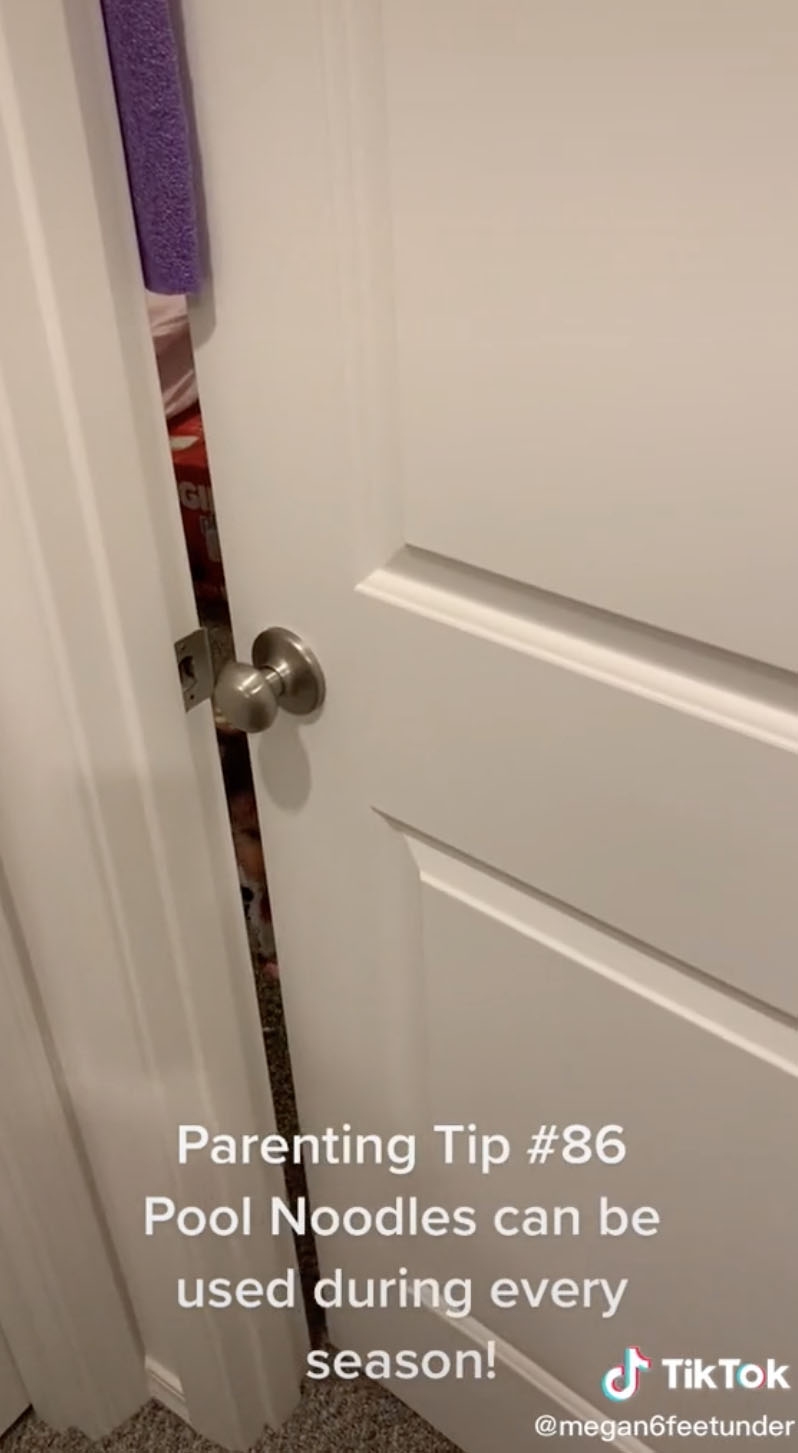