A student born with parts of her vagina missing was betrayed by the only man she had trusted in bed.

Annabelle Astley, 19, was "mortified" to find out her ex-boyfriend told her university halls about her condition. 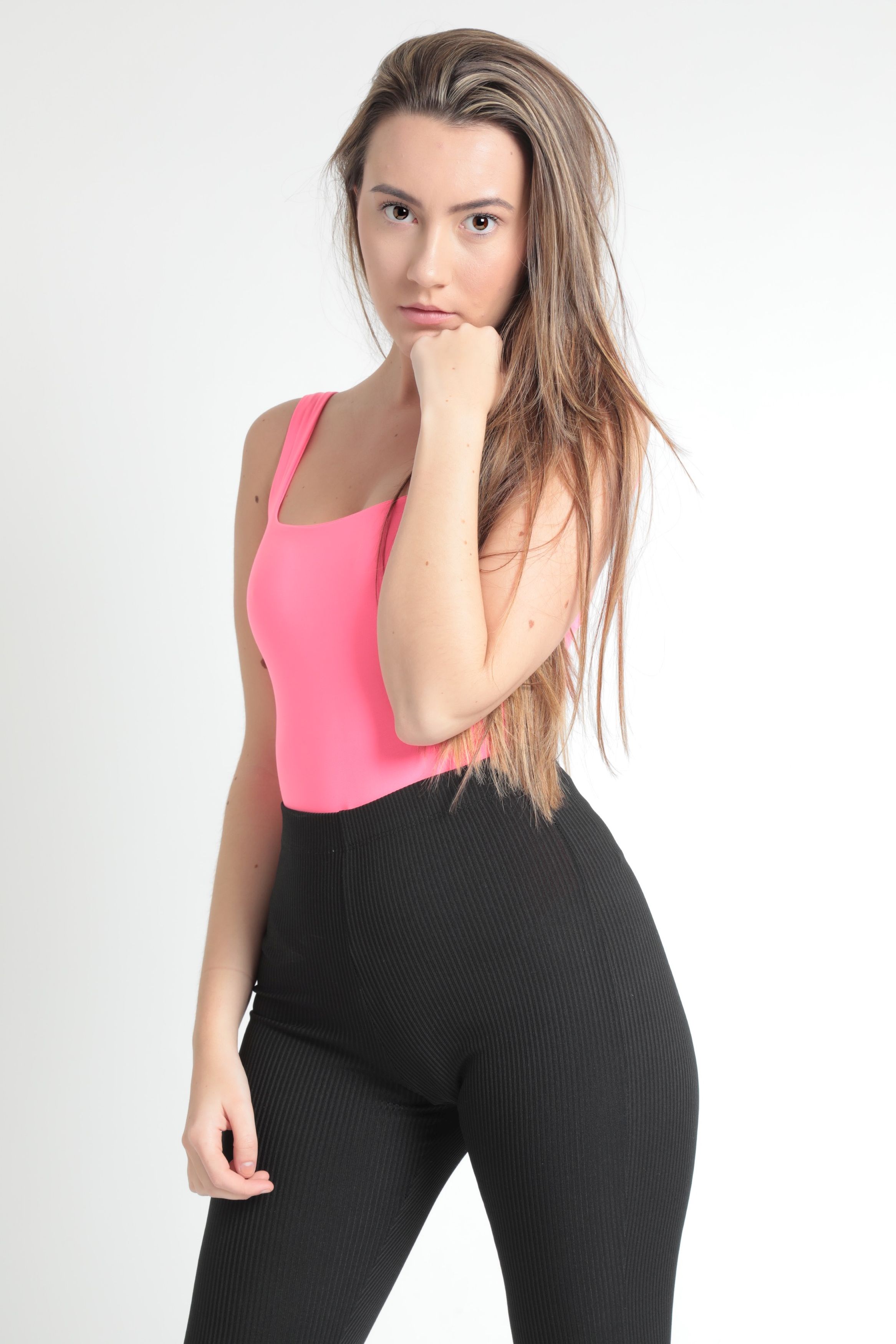 She has no uterus at all, only has the first third of her vagina and will never have a period or carry her own children.

The condition – Mayer-Rokitansky-Küster-Hauser (MRKH) syndrome – is present from birth and occurs due to a development problem.

After her diagnosis at age 16, Annabelle has to endure an “extremely painful” treatment to try and stretch her vaginal canal.

Called dilation, the process is used for various conditions to make it easier for a woman to be sexually active despite having a smaller or tighter vagina space.

The musical theatre student, from Frodsham, Cheshire, finally opened up to her first and only boyfriend and slept with him.

But she discovered he'd cruely spread the private information to 350 people in her accommodation after a term break.

Annabelle said: "Coming back and finding out that people I didn't even know knew was really hard and I was mortified – I couldn't leave my little dorm room for two weeks as I was so upset.

"It was a huge shock especially considering I had opened up to him so much about it.”

After overcoming this “huge shock”, brave Annabelle says she is now “thankful” for her ex-boyfriend’s betrayal as it has enabled her to speak openly about the condition she once felt embarrassed about. 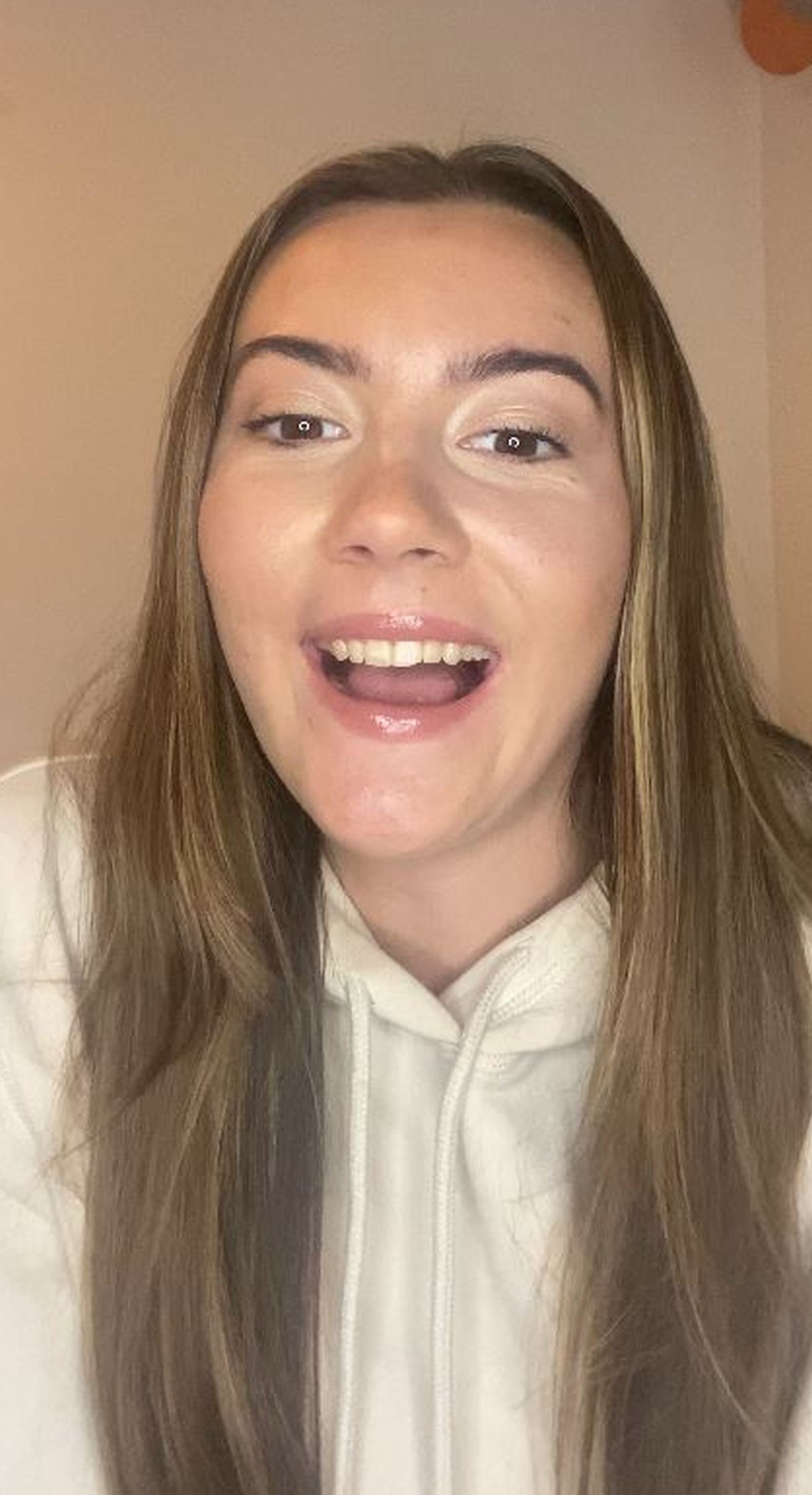 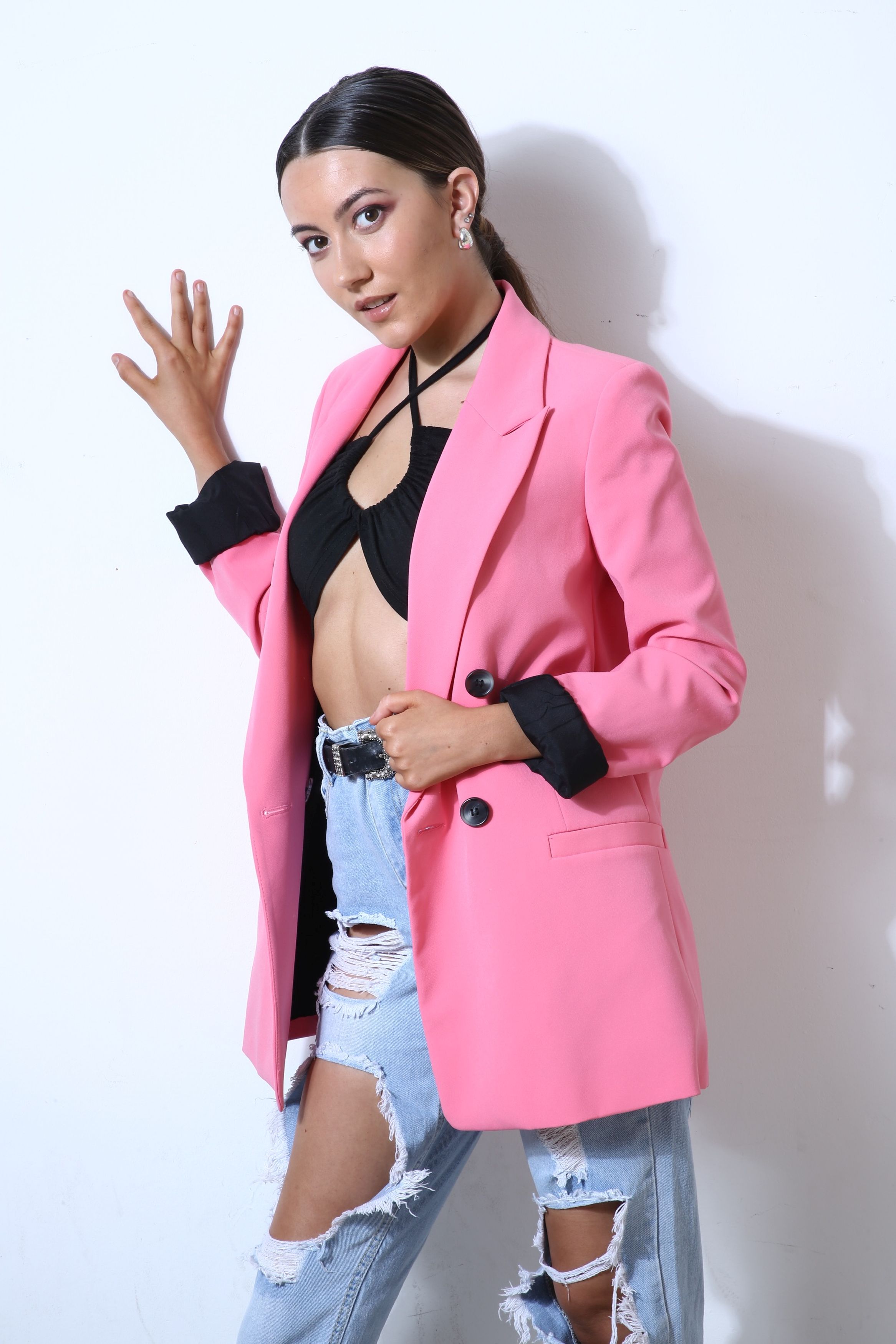 She promotes awareness by sharing TikTok videos about it and has gained 16,000 followers.

Annabelle, who is now single again, says she has been “overwhelmed with the positive support she's received online”.

"It's made me a million times stronger as a person to the point I can talk so openly and freely about it.

"If he hadn't had done that no one would know about it and I wouldn't have shared it on TikTok – I've already had about 15 girls with the same condition message me – it's amazing.

"Because I'd lost so much control about the situation and I wouldn't leave my room for a couple of weeks during that time I was thinking 'maybe I do need to start raising awareness about it'.

"I thought 'you know what – it's out now, I might as well start opening up about it' and thought TikTok might be a good way to do that."

Annabelle was diagnosed with MRKH in December 2017 after she and her mum had repeatedly gone to the doctor asking why her periods had not started.

One in 5,000 women have the condition and usually discover when they go through puberty but do not have periods.

Annabelle said: "The first thing she [doctor] said to me was 'you're born without a uterus' and she went on to tell me what that actually meant.

"So no periods or having kids, and that's when it really hit me – I think I just dropped to the floor crying.”

Despite being born without a uterus Annabelle fortunately still has her ovaries and eggs which means she could have a biological child of her own with assisted tech.

She could have IVF with a surrogate or a womb transplant – an up-and-coming treatment in America.

Annabelle said: "First I think it was utter shock and disbelief and seeing my family upset was really hard.

"Whenever I say 'I don't get a period' most women say 'you're so lucky' but actually anyone with MRKH would say the same thing that all we want is to experience having a period.

"I felt like because I didn't get a period that I wasn't a 'normal girl' and I didn't fit in with my friends anymore.

"Being in situations with friends when they'd all start talking about periods or having kids that's a humongous trigger for me and I do have to leave the room straight away."

Mayer-Rokitansky-Küster-Hauser syndrome (MRKH) is a congenital (born with) abnormality, characterised by the absence or underdevelopment of the vagina, cervix and the womb, which affects one in every 5,000 women.

People with the condition usually discover that they have it during puberty, as although they develop breasts and pubic hair, they do not start having periods.

This is because the ovaries produce the female hormones that make normal development occur, but the absence of the vagina and uterus mean that there is no bleed.

For the majority of women with MRKH, surgeons are able to create a vagina by stretching the small amount of vaginal tissue already present.

Following this, women with MRKH will be able to have sex.

Although women with this condition are usually unable to carry a pregnancy, they may be able to have children through assisted reproduction.

Individuals with MRKH syndrome may also have abnormalities in other parts of the body.

The kidneys may be abnormally formed or positioned, or one kidney may fail to develop (unilateral renal agenesis).

Females with MRKH syndrome may also have hearing loss or heart defects. 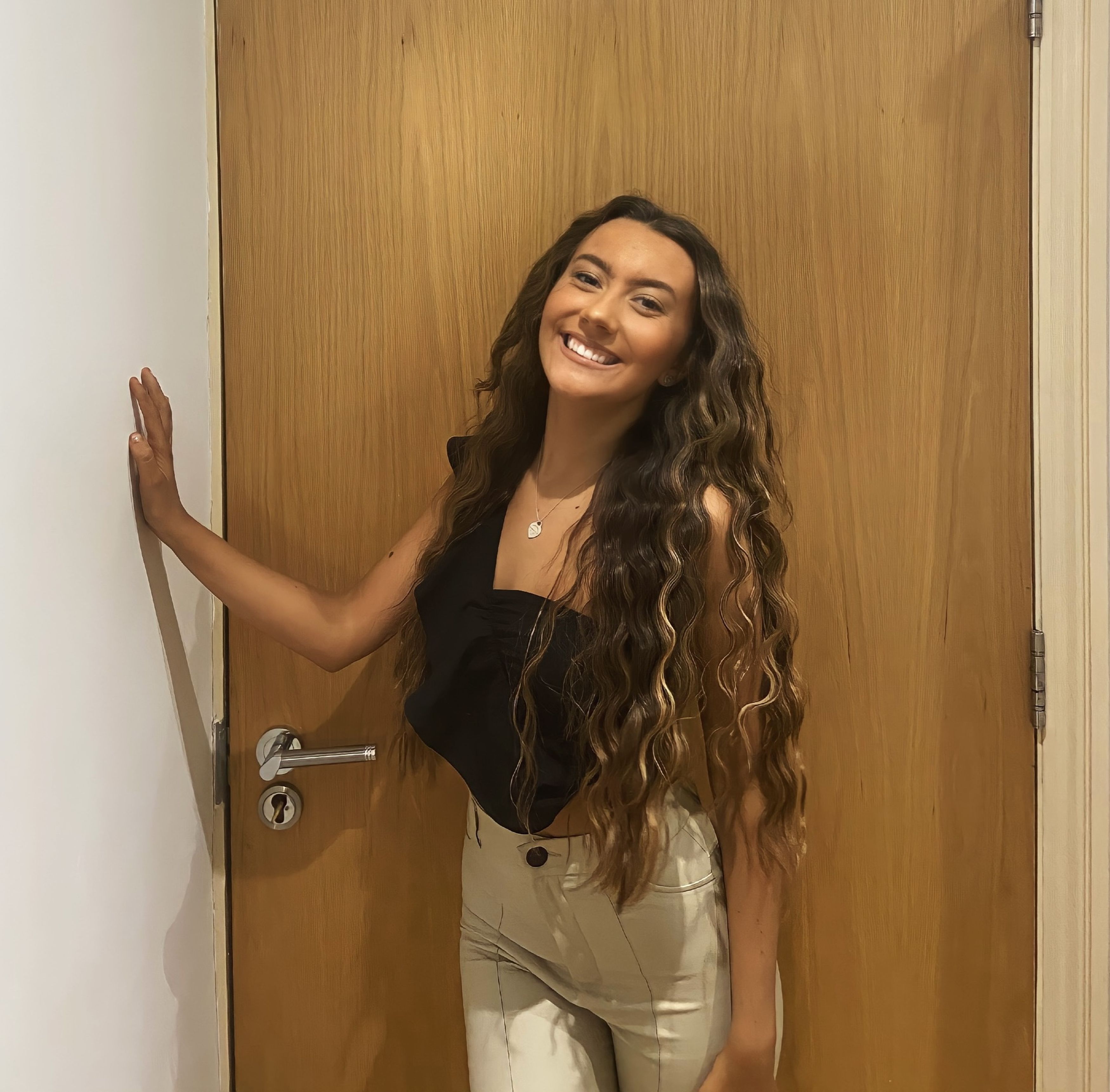 Annabelle claims there is no other treatment available for MRKH other than dilation and counselling.

She started dilation to stretch the vagina tissue she did have, but found it difficult.

The treatment involves using different sized tubes for 30 minutes every day in order to stretch the vaginal canal.

The length of time it must be done depends on the individual as some may do it for six months while others can be up to three years.

Annabelle, who hopes to work in the TV and film industry, said: "It's extremely painful because you have to force it and put a lot of pressure on it in order to stretch.

"I did it for five minutes the first few times and the longest I ever did it for was about 12 minutes.

"I found that then the next day I wasn't actually able to dance because I was in so much pain.

"Being sat in your bed and being forced to do it is just horrible – I tried watching TV, listening to music but I couldn't find anything that made me want to do it."

The student said she shared her condition with the boyfriend she started dating after her diagnosis.

She said: "We were talking about being honest with each other and I said 'well, there is something I do need to tell you' – it must have taken me 45 minutes to actually get it out.

"I think any girl with MRKH's biggest fear is telling their partner at the time that they have it because you're so frightened that they're just going to be like 'I'm not going to be with you because of that’.” 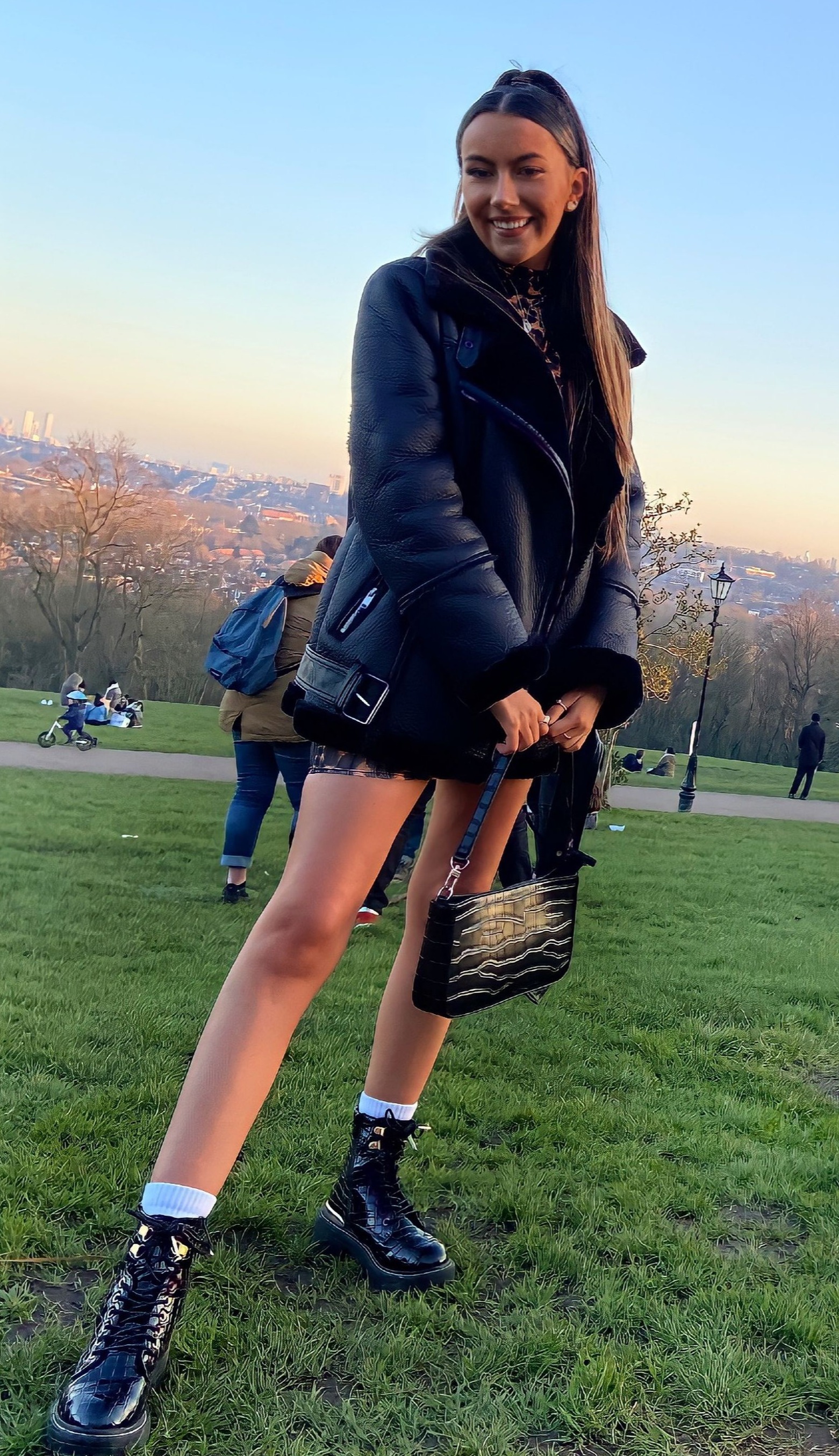 But Annabelle was distraught to discover he'd betrayed her trust when she returned to halls after a term break to find everybody in her halls suddenly knew about her condition.

While her boyfriend denied telling anyone, he was the only one who knew so Annabelle suspects he told people and then the news spread by word of mouth.

Annabelle said: "He was actually so supportive and I came back and felt a bit like a laughing joke that he'd been running the halls being like 'oh yeah, she's got this and this'.

"He was the first person I had slept with and I've not been with anyone since.

"I hope things will be different with my next partner – hopefully I'll have the courage to tell him."

Despite this “completely knocking her confidence”', Annabelle is passionate about raising awareness of MRKH.

Her first video on TikTok has racked up nearly a million views.

Annabelle said: "Nobody has heard about it – even to the point I've had a doctor say 'what do you mean you don't get a period?' and I said I have a condition called MRKH and I've literally had them say to my face 'well I've never heard of that, are you sure you haven't made it up?'

"I've had some really weird comments. People have asked 'what's a uterus?' I've had loads of 'so are you a boy?' and 'does that mean you're transgender then?'

"Hundreds of people who I don't know write the most supportive comments and so many girls with the same condition have come forward who I've made friends with – it's just amazing."