A MUM was left in hysterics after a Netflix error gave Paw Patrol a rather un-child-friendly plot twist.

Holly Fleet had gone to switch on the cartoon that follows rescue dogs in training aimed at pre-school children and was in for a shock. 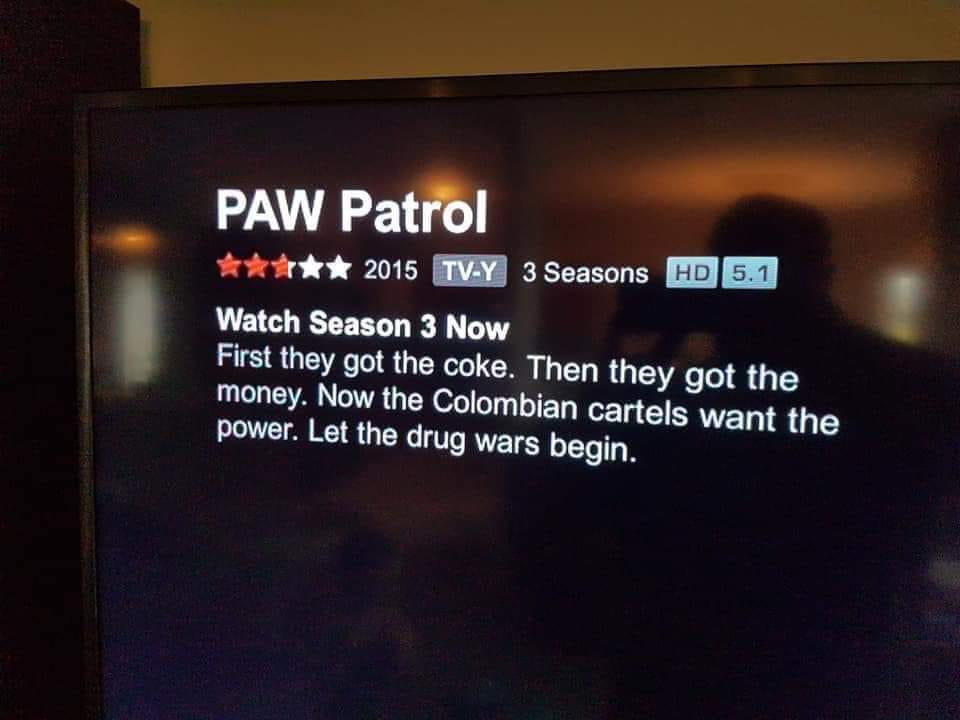 The Netflix description reads: “First they got the coke. Then they got the money. Now the Colombian cartels want the power. Let the drug wars begin.”

The description is believed to be intended for the drama Narcos, with an age rating of 15.

Sharing her snap on the Facebook group, Motherload, the mum wrote: “Not quite what I had in mind.”

Fellow mums and dads were left in hysterics over the error, with her post receiving over 2,000 likes. 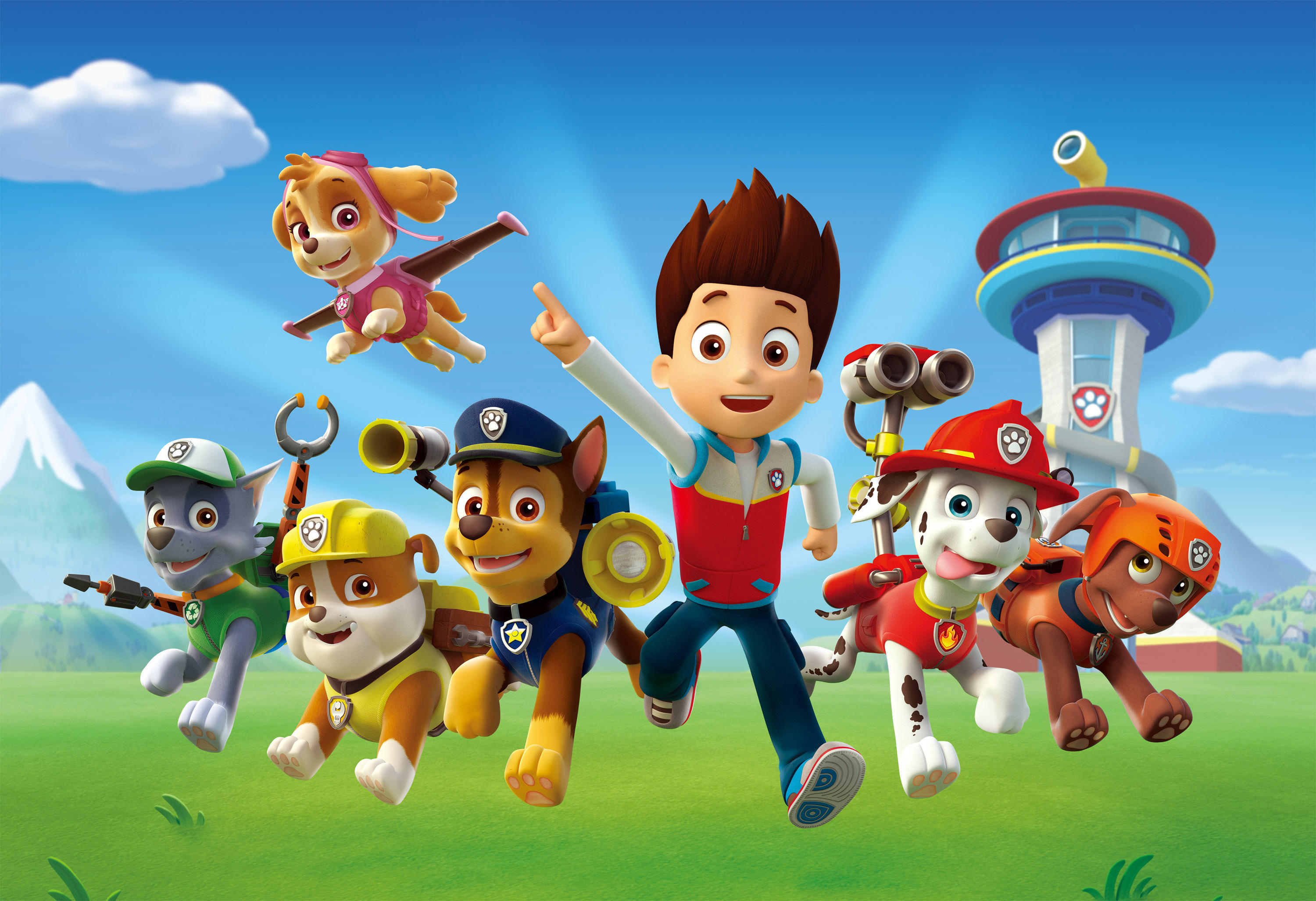 Commenting one joked: “Knew them mucky pups were up to no good and as for Ryder.”

A second added: “Well I've not seen THAT episode yet! 👀”

“Well, that control tower doesn’t pay for itself you know…” added another.

In other parenting news, this mum was horrified after spotting an x-rated addition on her daughter's horse toy.

And mums are sharing hilarious memes about life in lockdown, and they are seriously relatable.

Plus this mum used the clever peanut butter trick to cut her toddler’s nails after it was first used by pet owners for their dogs.