JUMPING on the rowing machine while the kids napped, British rower and two-time Olympic champion Helen Glover learnt how to juggle her passion while raising three kids under three.

Ranked the number one female rower in the world since 2015, Helen bounced back from the midnight baby feeds and is now the first ever mother to compete for the GB rowing team. 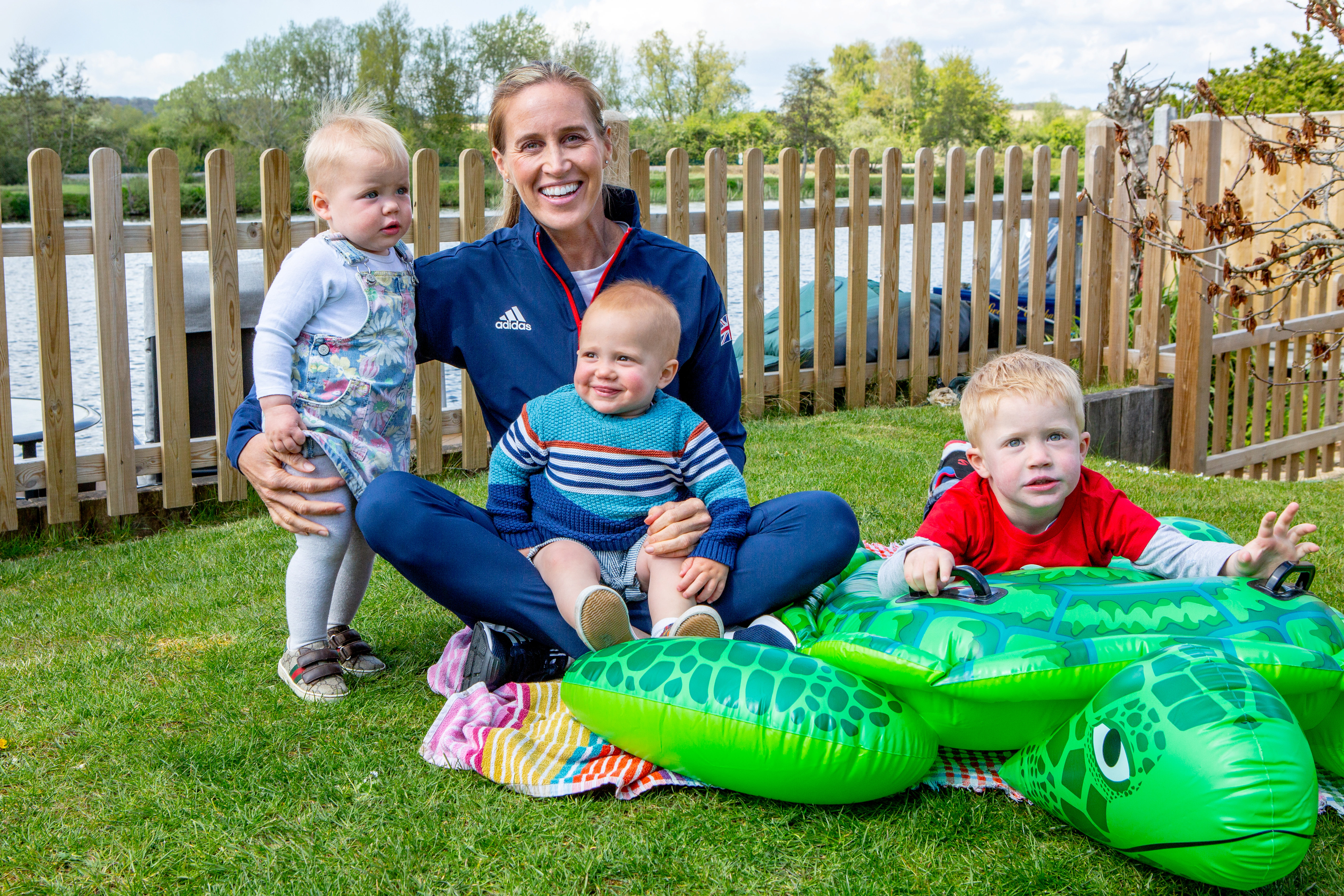 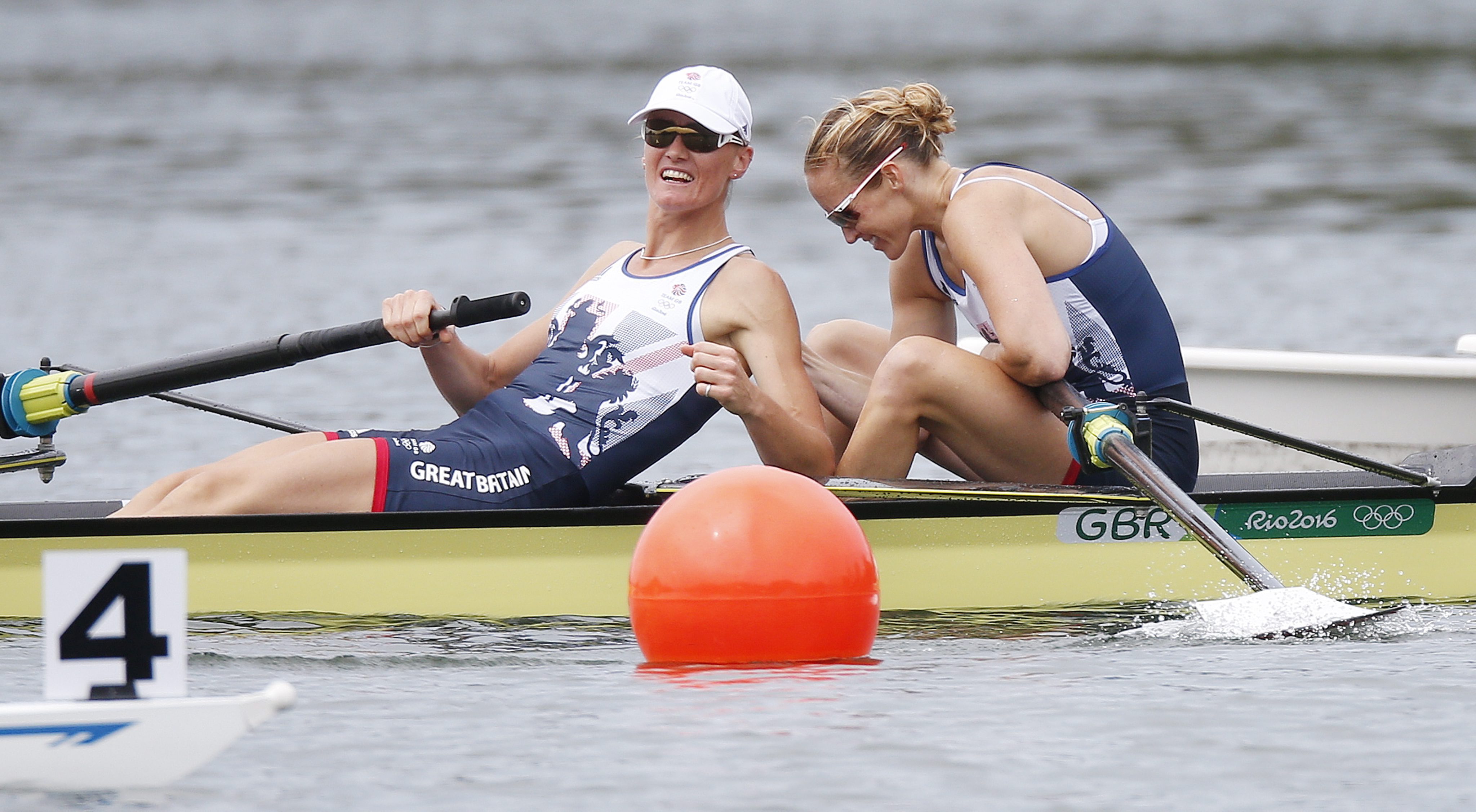 But jetting off to Tokyo for the 2021 Olympics was not in the 35-year-old’s life plan, as Helen and TV wildlife expert husband Steve Backshall had just welcomed twins – a son Kit and daughter Willow – only 18 months ago.

Helen says: “It was never in my mind that I would compete for a third time.

“When I look back to New Year’s Day 2020 I was pregnant with twins and now I’m competing in Tokyo. I still can’t believe it.

“But I don’t think I would be heading to the Olympics if it wasn’t for lockdown.

“The time spent at home gave me an opportunity to focus on regaining my fitness and strength, particularly after the birth of twins.

“Truthfully, exercising kept my energy levels up – the kids rarely slept through the night so I was living on two to three hours kip most days.

“After a few weeks I noticed my scores and times started getting better and I began to wonder if I could actually be the first woman in British Rowing history to make an Olympic team after having children. That challenge kept me going.

“Once I had committed to the Olympics, I knew I couldn’t nap when the kids did – so I forced myself to get up and train.

Truthfully, exercising kept my energy levels up – the kids rarely slept through the night so I was living on two to three hours kip most days.

“I made it work around the kids routine and if Steve helped in the morning I would train then – normally I would rely on our neighbour too but I couldn’t because of Covid.

“When the kids slept I trained, in the evenings when they were asleep I would train and sometimes even when the kids were playing next to me or climbing over me.

“It got easier when I stopped breastfeeding at 14 months.

“I had bouts of mastitis – often caused from a build-up of milk – so my breasts were swollen, hot and painful so this meant I couldn’t train, which set me back.

Prior to welcoming her younger two, Helen, a twin herself, was previously expecting twins with her first pregnancy but miscarried one in April 2018.

In July 2018, Helen and Steve’s first child Logan was born.

After a few weeks I noticed my scores and times started getting better and I began to wonder if I could actually be the first woman in British Rowing history to make an Olympic team after having children. That challenge kept me going.

Helen says, “My children will always come first, which is why I didn’t expect to be where I am now – I thought training would be completely off the cards.

“But I am lucky that my husband Steve is such a supporter of what I do as without him I couldn’t be doing this.

“He is away a lot too with his work so we have always championed each other, we are a good team.

“Heading to Tokyo is going to be hard this time round, after spending every minute in lockdown with my family and now not being able to have them with me.

“I spent two weeks at training camp in Italy which was almost like a mini practice run ahead of the games – this definitely helps the kids realise that mummy has gone to work for a few days but will be back very soon.

“I’ll be in Tokyo for another two weeks but will be speaking to my family daily, it’s going to be hard not having them with me but I know they will be cheering me on at home.”

At just three years old, Logan is already into water sports, Helen adds: “There’s nothing more important for kids to be healthy and fit and be out in nature. It does them the world of good.

“I’ve got Logan into paddle boarding which is so much fun, although he is still at an age when he needs a nap so sometimes it is so relaxing for him he falls asleep.”

And Helen is motivating kids across the country too, as one of the six Team GB athletes chosen as an ambassador for Yoplait Kids ‘Moments of Gold’ campaign.

Helen says, “I’m so thrilled to come together with Yoplait on the ‘Moments of Gold’ campaign.

"As a Team GB athlete, their mission to inspire and unite families through fun and play with Olympic values this summer perfectly resonates with me. But more importantly, as a mother of three, I know how important it is to celebrate ‘moments of gold’ milestones with little ones, so this campaign is really close to my heart.

“Now I just need to bring home a gold too.” 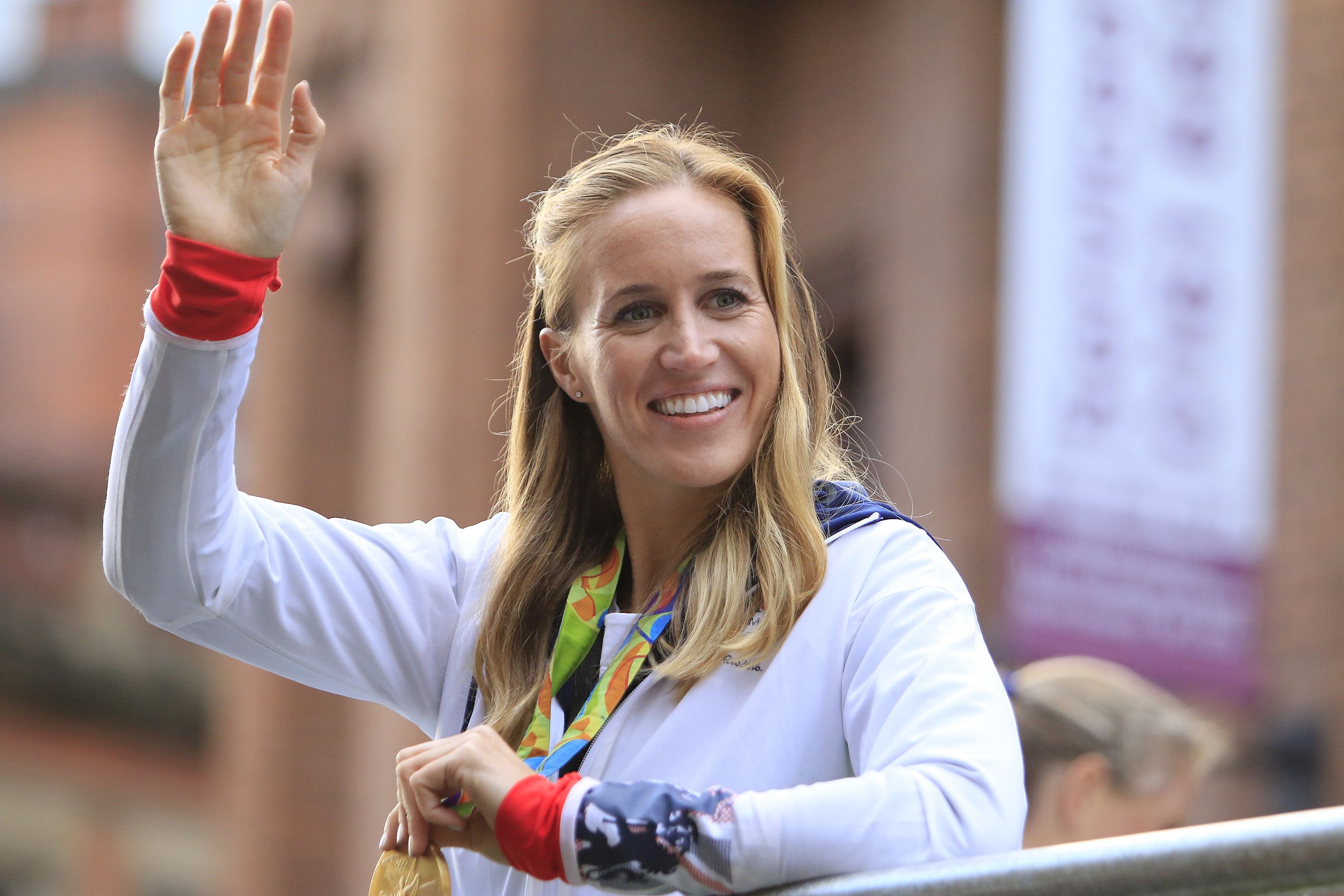 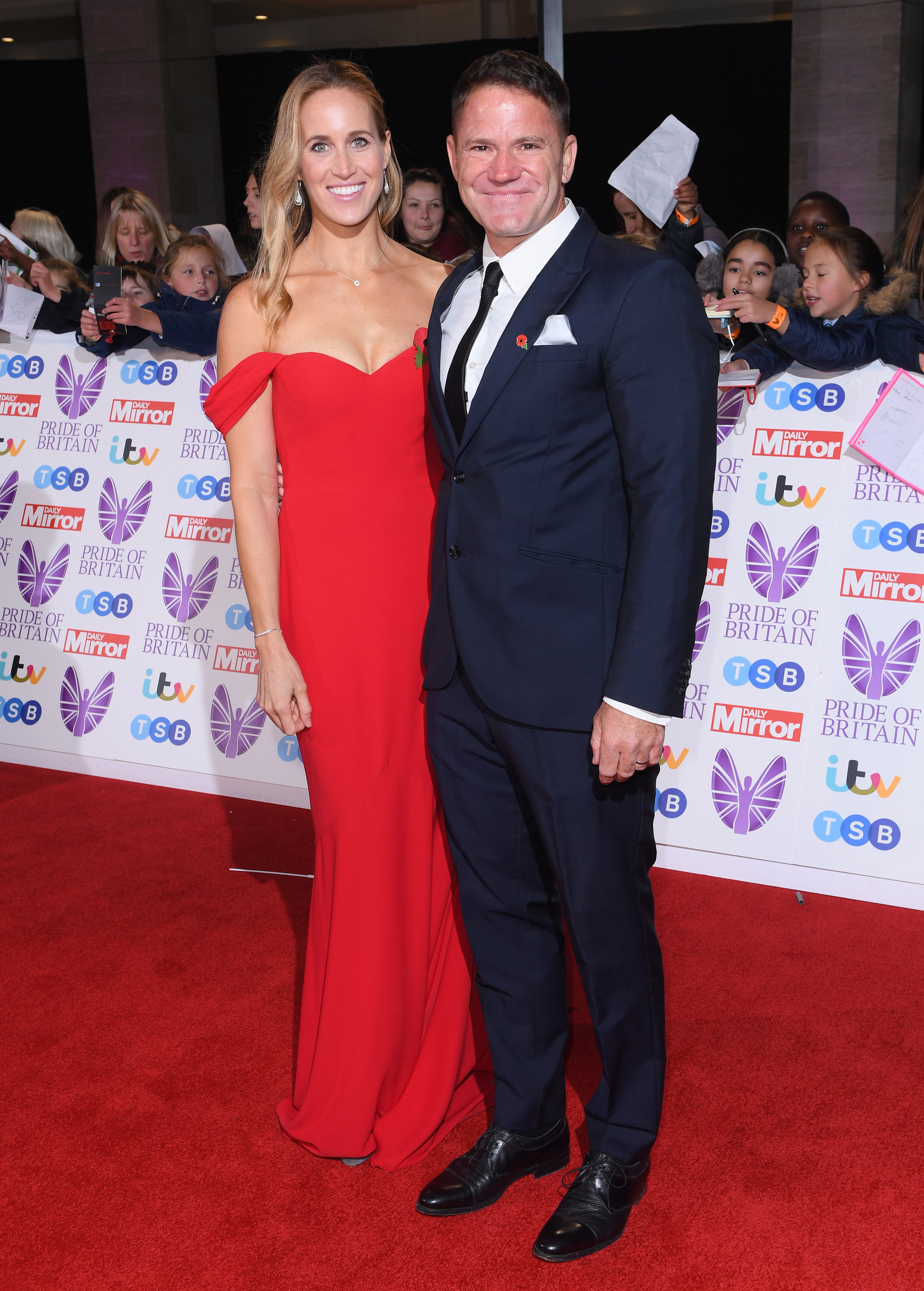 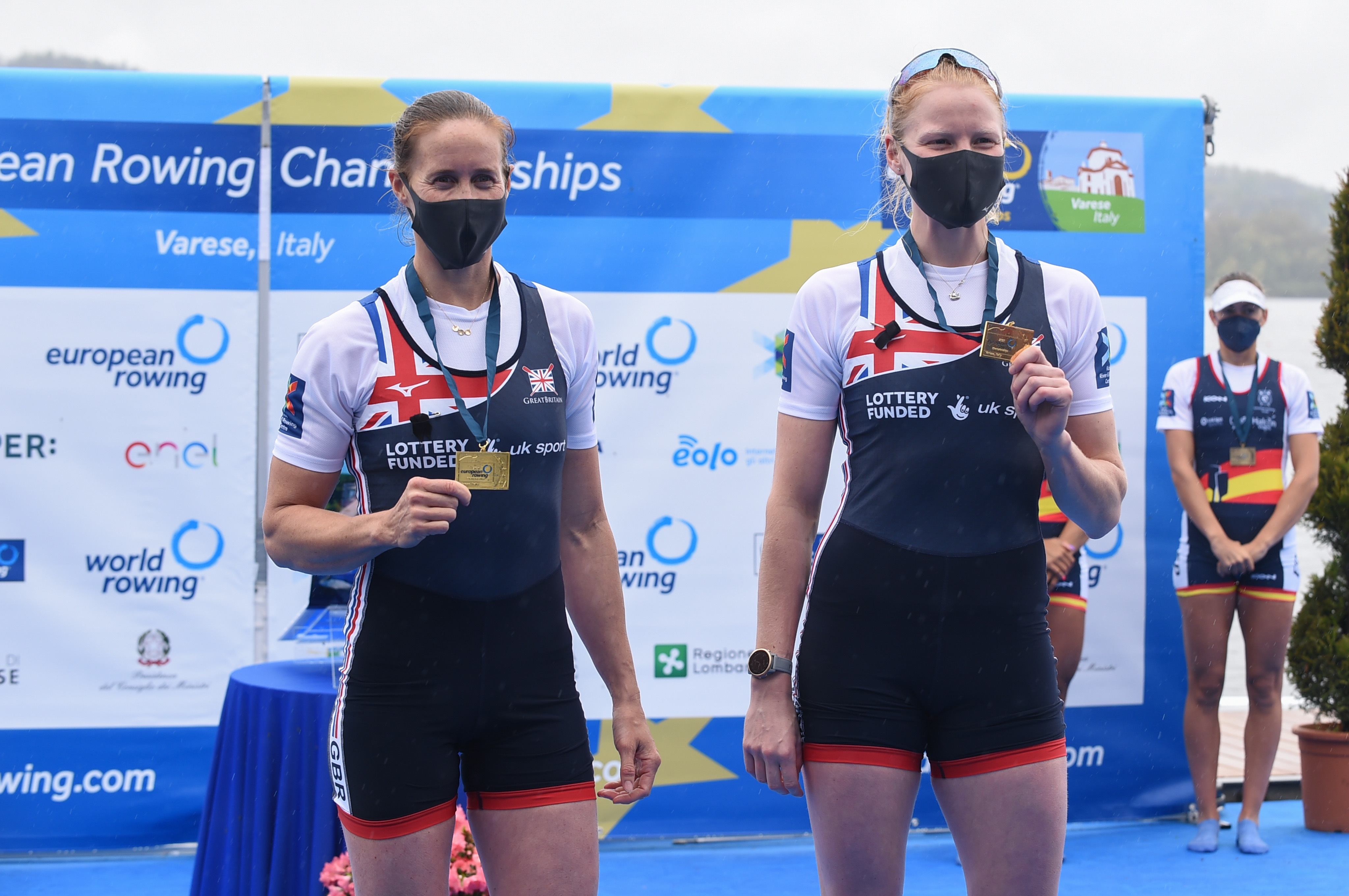 In April, 2018 the double-Olympic gold winner revealed on Twitter that she had suffered a miscarriage and lost one of the twins.

On July 25, 2018 Helen gave birth to a healthy baby boy after tragically miscarrying his twin.