THERE are few things more stressful than a baby who refuses to take a bottle.

But one mum has come up with a genius way of getting her little one to have a drink – although it takes good aim! 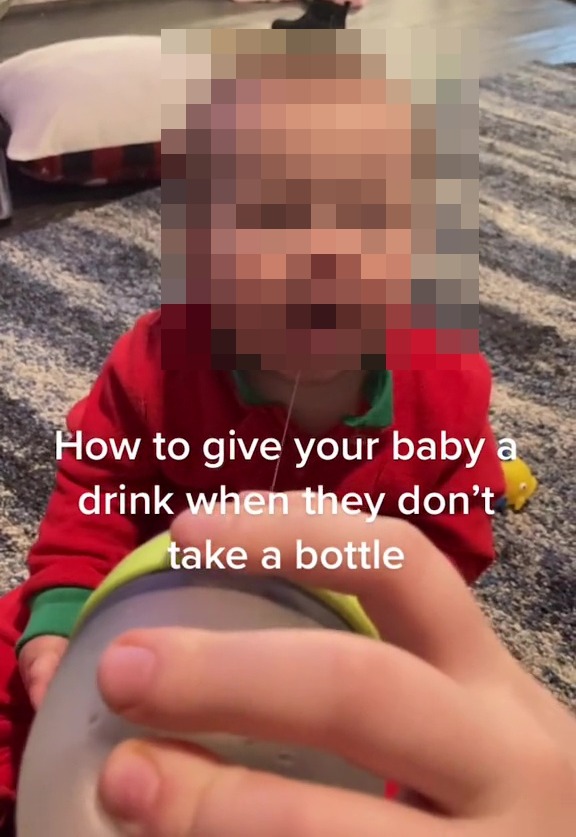 The TikTok user, posting on the account Haunznfranz skoolie, shared a video of herself with the caption: "How to give your baby a drink when they don’t take a bottle."

In the clip, her baby was seen sitting on the floor, as her mum got a bottle of what appeared to be milk and squirted directly into her tot's mouth.

The child held their mouth open for the drink and then swallowed it – much to their mum's delight.

"Ahah, haha I’m gonna try this," one person commented on the video.

"By any means necessary," another wrote, while a third added: "Ok that’s hella impressive."

In a response to someone else's comment on the video, the mum explained that her daughter had been "exclusively breast fed" and she hadn't "been able to get her to take anything".

"But she’s always done this," she added, suggesting that the video may have been recorded some time ago as she wrote: "Lol she can now use a straw."

"I thought I was the only one who did this," another person commented, while others went on to suggest other sippy cups and bottles they'd used when their little ones had refused a bottle.

This mum reveals her "evil" hack for keeping her toddler in bed.

Another mum's ploy to get a day off of Elf on the Shelf backfired spectacularly.

Parents aren't a fan of this "cool teacher" and his teaching tactics. 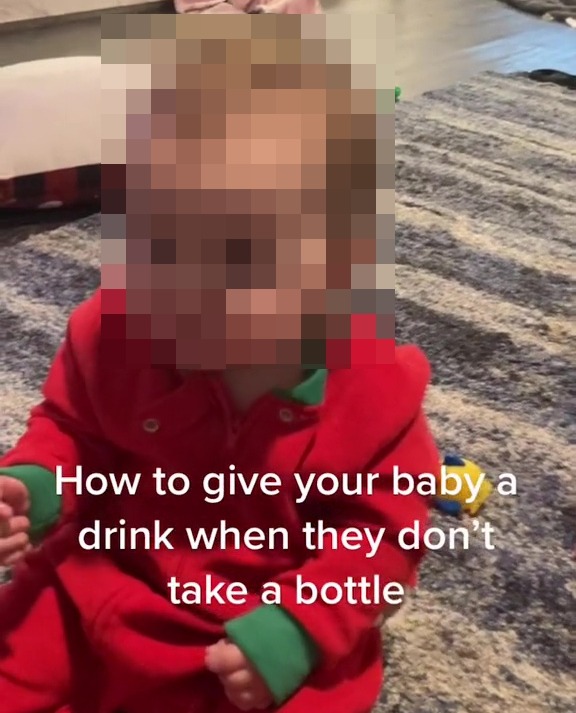