A MUM has been slammed over the loving lunchboxes she made for her husband, after trolls claimed she was ‘killing him’ with unhealthy snacks.

The woman explained her other half worked away a lot, and as there aren't any good places to eat she pre-packs him some snacks instead. 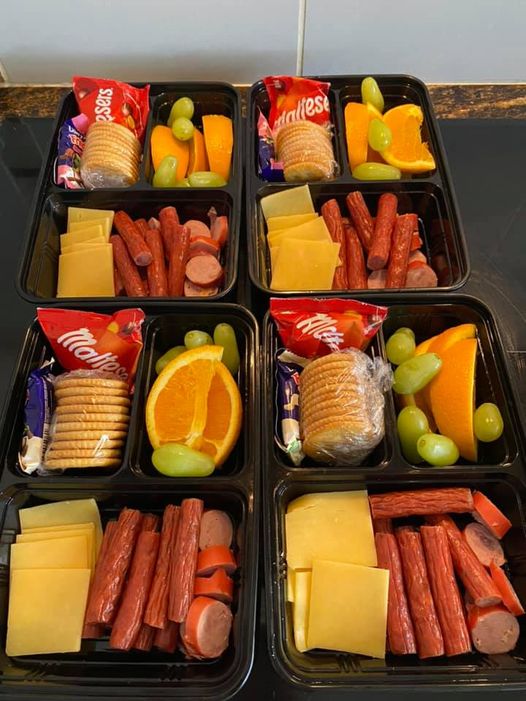 Inside she added slices of cheese, crackers, sweets, mini-sausages, fruit and Malteasers.

She wrote: “My husband works away and the food is terrible.

“These meal prep containers are great for making him snack boxes to eat while on the go.

Also no I don’t want your dietary advice, obviously it could be healthier but I have to pack what he would actually eat

“They come with lids and have a great seal. He stores in a fridge or eski.”

But despite being proud of her efforts, people slammed the lunches as ‘unhealthy’ as her post racked up thousands of likes and comments.

One person wrote: “Very good idea but I think some of those food choices should be reconsidered. There's a lot of carcinogenic and heart attacks packed in there.”

Another person agreed, saying: “Great containers… but killing your husband with those snacks. 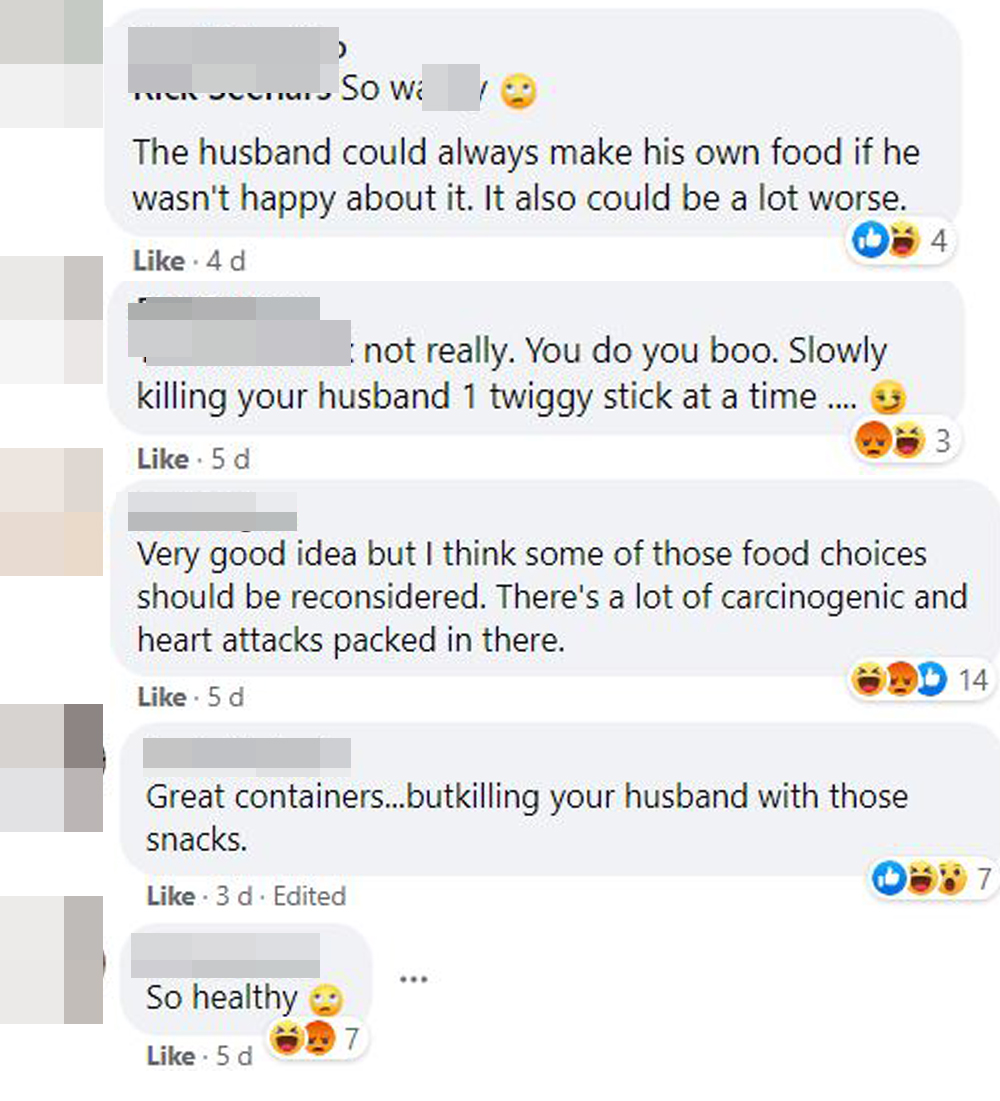 A third wrote: “Not really. You do you boo. Slowly killing your husband 1 twiggy stick at a time ….”

Defending the mum, one woman pointed out: “So w****. The husband could always make his own food if he wasn't happy about it. It also could be a lot worse.”

After receiving the backlash, the mum clapped back at the trolls, saying: “Also no I don’t want your dietary advice, obviously it could be healthier but I have to pack what he would actually eat.

“So many judgy rude people, you should be ashamed of yourself!

“Go and have a breast milk, coconut oil, hemp seed, chia, activated almond cocktail and chill the F out.”

Meanwhile this mum praised for ‘realistic’ lunchbox with no veg & packaged snacks & says parents need to stop competing with each other.

Plus a woman shares the adorable packed lunches she makes with shapes & googly eyes – but they’re for her HUSBAND.

Meanwhile this mum makes her kid a ‘puzzle sandwich’ to make back-to-school easier and parents love the message behind it.