They're personal, meaningful and show you've made an effort – but as one poor woman learned, they can also go horribly wrong. 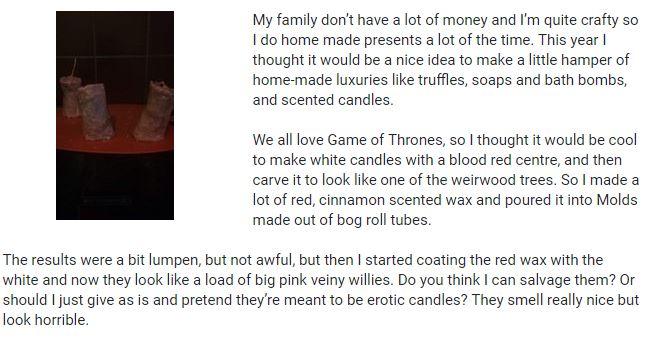 The woman revealed her crafting mishap on Mumsnet yesterday, explaining that she'd planned to make her family a hamper of truffles, soaps, bath bombs and scented candles.

But unfortunately, the candles didn't turn out quite as she'd hoped.

She wrote: "We all love Game of Thrones, so I thought it would be cool to make white candles with a blood red centre, and then carve it to look like one of the weirwood trees.

"I made a lot of red, cinnamon scented wax and poured it into moulds made out of bog roll tubes." 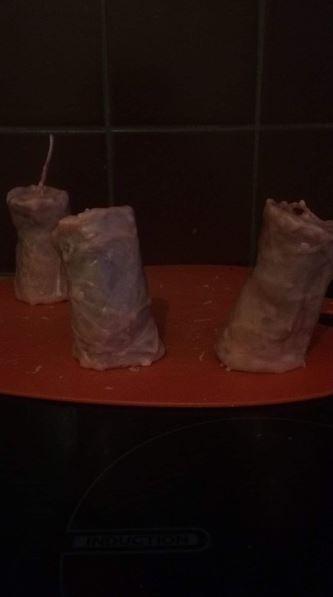 It all seemed to be going okay – until she began to decorate them.

She continued: "The results were a bit lumpen, but not awful, but then I started coating the red wax with the white and now they look like a load of big pink veiny willies. 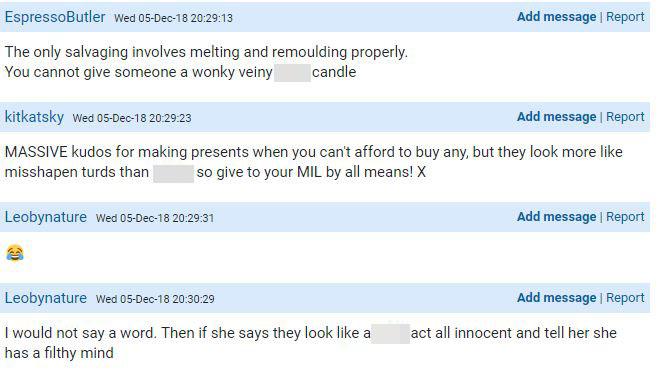 The poster shared a snap of her handiwork, which caused quite a stir among other Mumsnet users.

Some seemed to think they were a lost cause, with one commenting: "The only salvaging involves melting and remoulding properly. You cannot give someone a wonky veiny c*** candle."

However, there were a few people who reckoned the woman could still use the candles in her hamper.

One reassured her: "They do look a bit strange but I'm sure [your mother-in-law] would appreciate the trouble you've gone to!"

Another message read: "Could you melt them into nice Kilner jars and tie a festive ribbon around the top?"

It's the thought that counts, right?

In more weird news, Moncler is selling puffer jacket DRESSES for £2,120 – that make you look like the Michelin Man.

A menswear brand has released a pair of penis pocket trousers… but we can't see them catching on.

And guests were left giggling after 'horse ovaries' appeared on a wedding menu – thanks to an awkward spelling mistake.