A BRAVE mum who is dying from cervical cancer claims that she was sent home with painkillers when she first complained of symptoms to her GP.

Ashley Meehan has been told that it's "extremely unlikely" that she'll be cured. 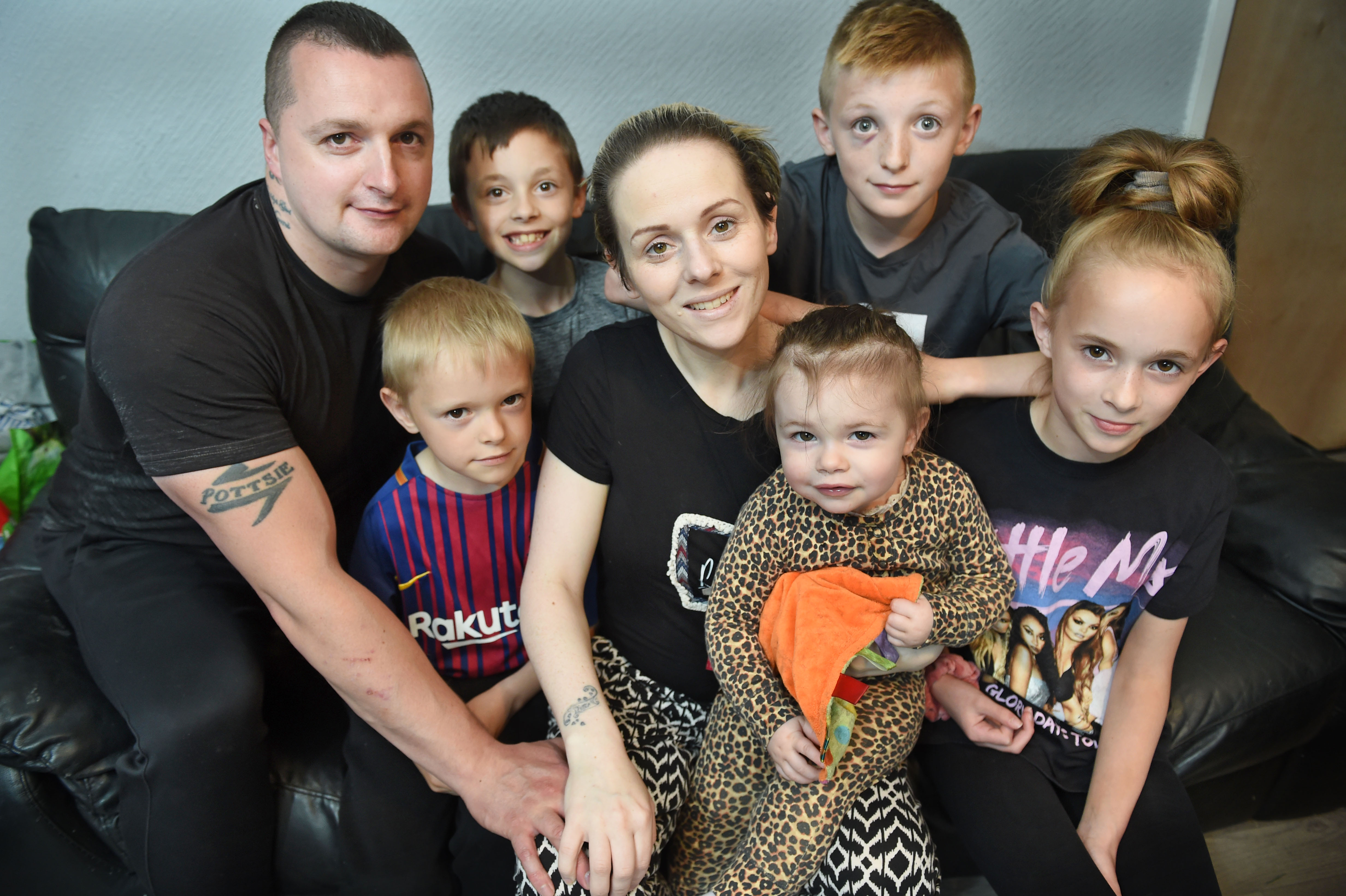 She's now back in hospital after her white blood cell count dropped and her kidneys stopped functioning properly.

But that's not stopping the 30-year-old mum-of-five from making plans with her family.

Her partner Peter surprised her in hospital over the weekend – proposing to her in front of their children. 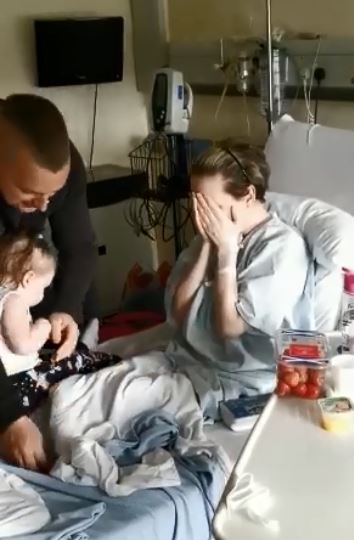 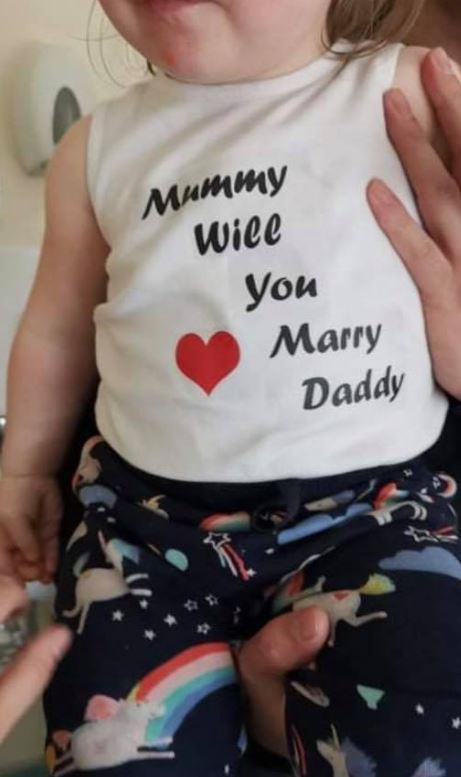 Ashley, a former nursery nurse, from Clydebank, West Dunbartonshire, was diagnosed with cervical cancer last May.

By December, she was given the all-clear after having radio and chemotherapy.

But earlier this year, she started to suffer "unbearable pains" in her bladder and legs – and went to her doctors for help.

She claims that her GP sent her away with painkillers, including morphine.

Crippled with pain and almost unable to walk, she went to A&E at Glasgow's Queen Elizabeth University Hospital. 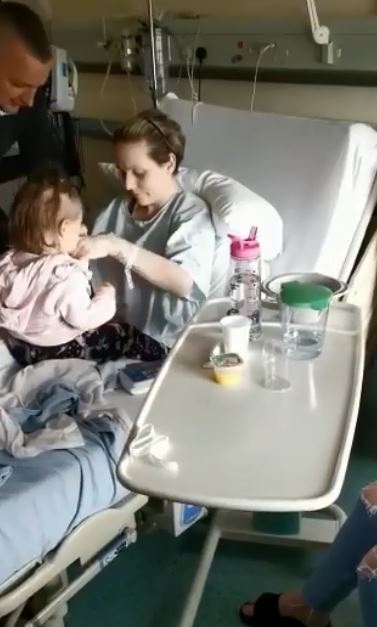 Despite her history of cancer, she wasn't given any scans and it was only last month that a second opinion resulted in the devastating diagnosis.

“When we got the second diagnosis, we were shocked but still a bit positive because Ashley had got over cancer before," said Peter.

“But then we were told it was extremely unlikely that she could be cured.”

Peter has had to leave his construction job to take over from Ashley to become a stay-at-home dad.

The devastating thing about cervical cancer is that there are no obvious symptoms during the early stages.

But vaginal bleeding can often be a tell-tale sign – especially if it occurs after sex, in between periods or after the menopause.

Women are offered smear tests from the age of 25 which look for any abnormalities in the cervix, but if you are under the age bracket, and you notice any of the following symptoms, you've got to push for testing.

Other warning signs include:

And if it spreads to other organs, the signs can include:

He told the Daily Record that his fiance is now very weak and the family are unsure which day may be Ashley's last.

“It’s heartbreaking but Ashley wants to make every day count.”

The most devastating thing is that her family believe her prognosis may have been better had she been diagnosed earlier.

Peter added: “We’re not suggesting that had this second round of cancer been caught sooner, she’d definitely be able to survive it.

“But it’s frustrating to think that, had GPs not sent her home with painkillers, or had A&E doctors done a scan, we might have had a bit longer with Ashley.”

Ashley's best friend Becky Garret has now set up a GoFundMe page to raise money to make the most of the time Ashley has left, and to help the family. 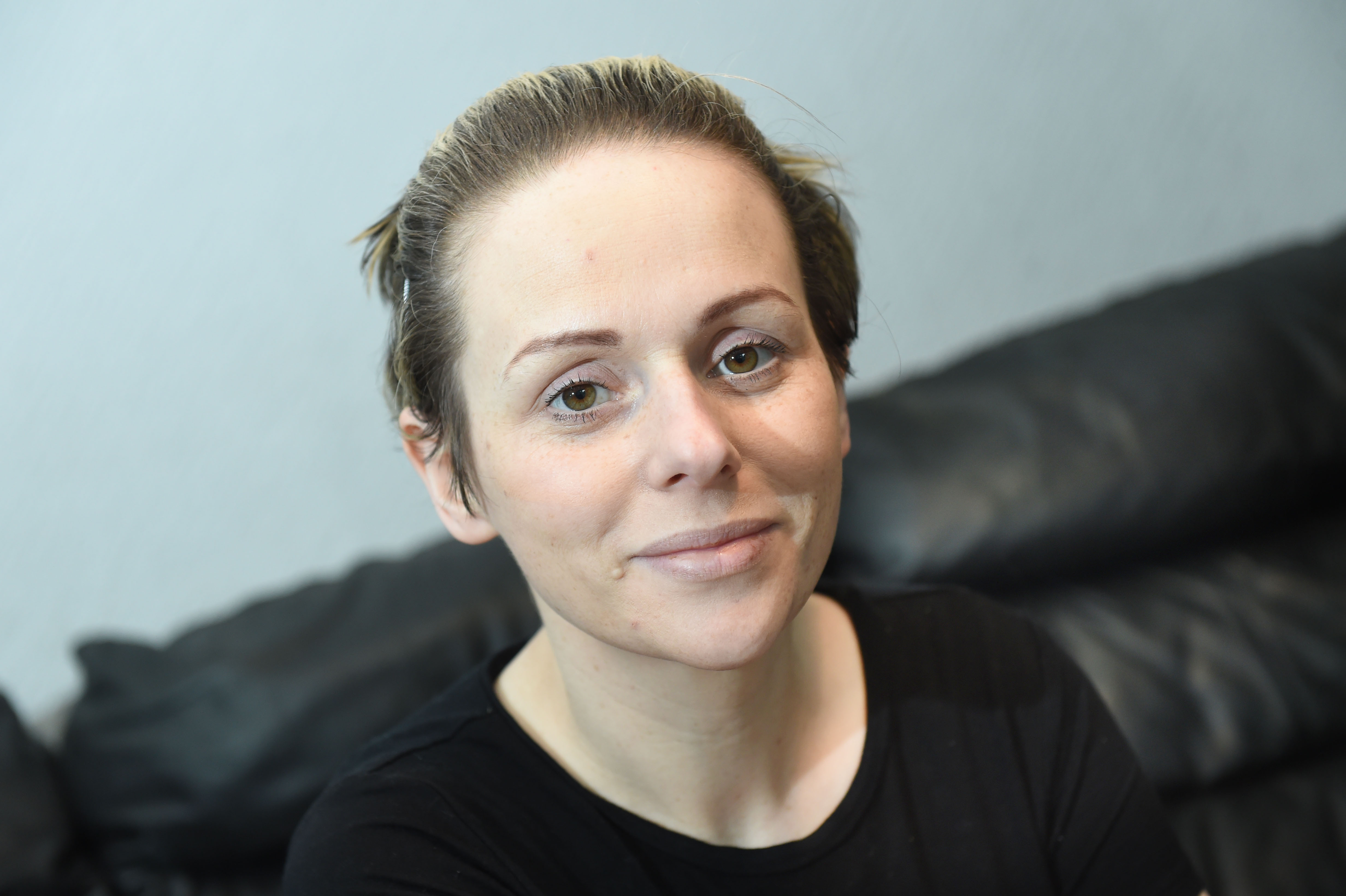 Ashley hopes to take her kids abroad or do up the garden so that they can enjoy it.

A spokesman from NHS GGC told the Daily Record: “We understand this is a very difficult time for this patient and her family.

“We would be happy to meet Ashley to discuss her recent attendances at the emergency department and to offer an explanation about the treatment and advice given.”