To the outside world her dad looks like any other proud parent as he walked her down the aisle. 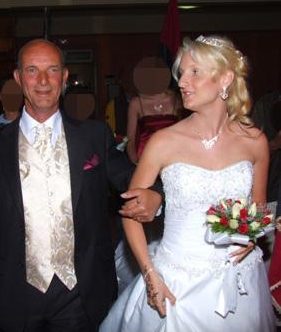 But the reality could not be further from the truth. Between the ages of four to 15 Mayameen was drugged and raped by her dad.

Edward Colby kept a sex shrine to her in his attic in Essex, where police discovered 60 hours of video evidence detailing the abuse.

Cameras were found installed secretly in bedroom lights and connected to a hidden network of TV screens.

Now, six years since Colby appeared at Basildon Crown Court where he was jailed for 10 years having pleaded guilty to four counts of incest, he is due for release. 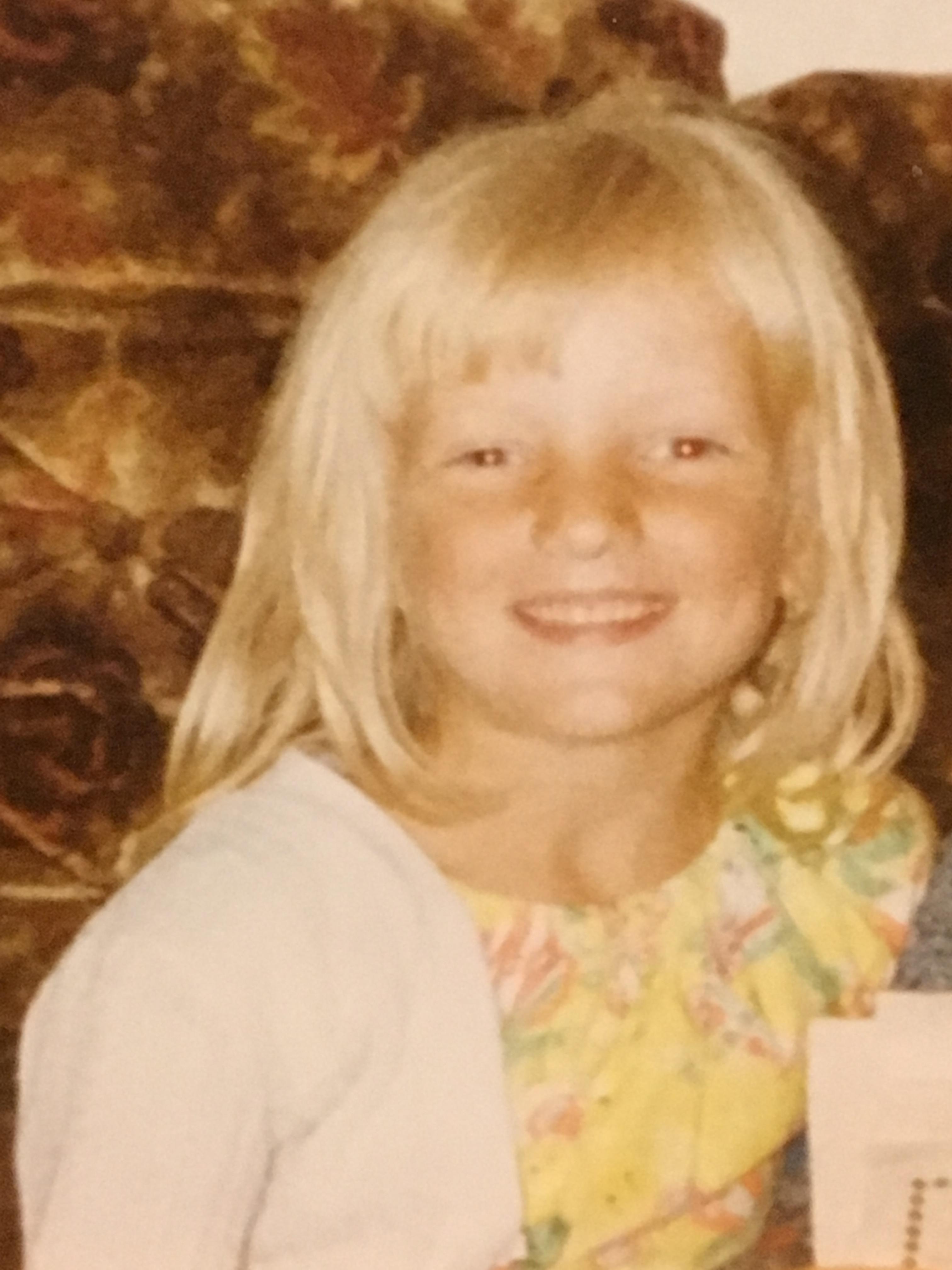 Mayameen, from Swansea, South Wales, who waived her anonymity, says: “He stole my childhood, he stole my teenage years and until now he was continuing to steal my ability to speak out.

“Not any more. Telling my story is one of the most important things I will ever do because it finally means I can start living my life free from his evil clutches.”

Today, the 34-year-old is a sexual abuse counsellor and has worked with thousands of victims of abuse to help them recover and speak out.

Speaking exclusively to Fabulous Digital, she says: “I could hide behind the shield of not being named or I can take back control and tell my story." 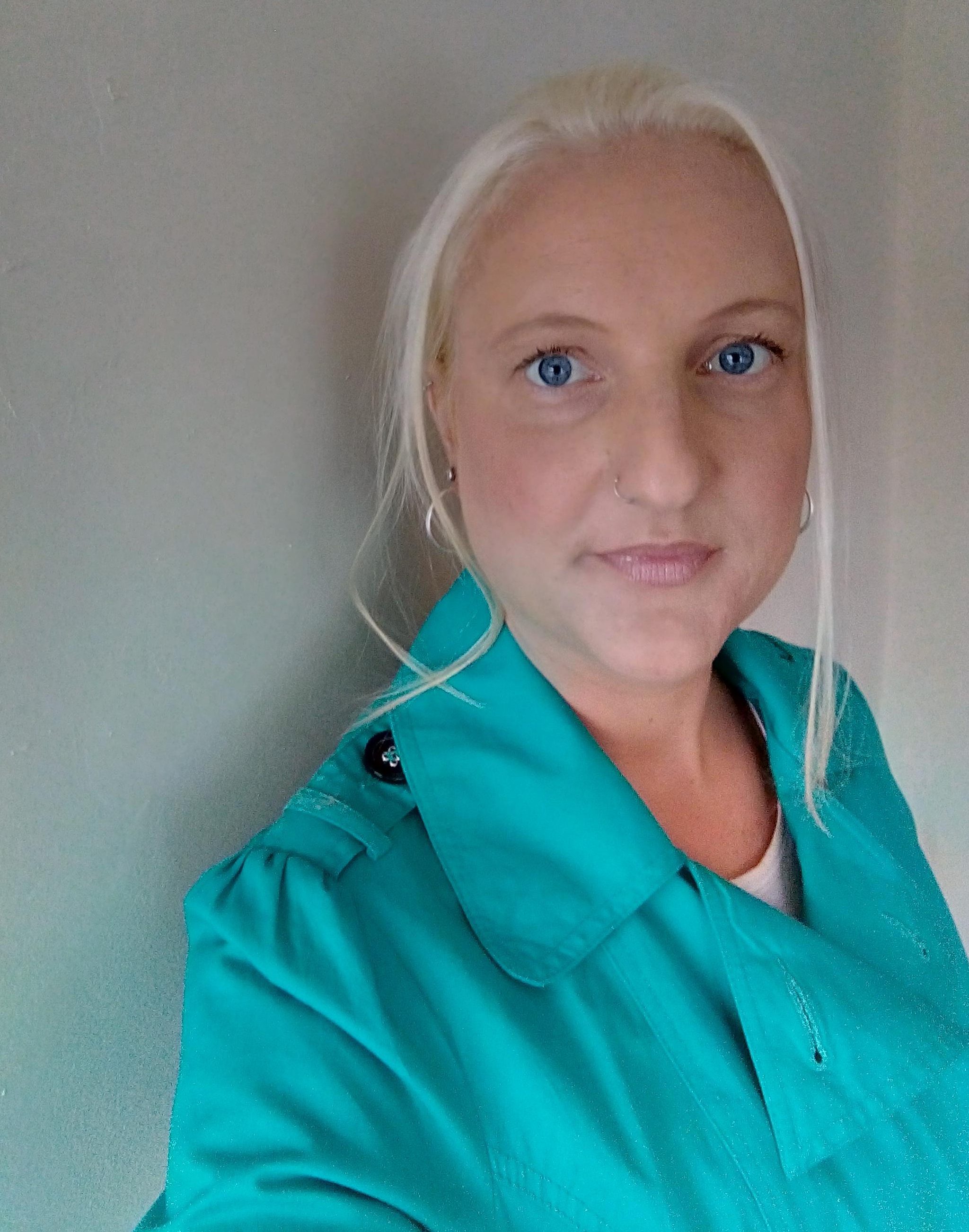 Mayameen was just four when her dad first abused her. She says: “My father would come into my bedroom late at night and it started by him asking me to touch him. He convinced me that whatever he said and did to me was normal. I had no idea other families lived differently.”

As the months rolled into years, the abuse worsened.

She says: “My father was ruthless and depraved. He manipulated me and ruled with fear. People always kept him happy.

“He’d dress me in revealing and sexy clothes for a child. He insisted my blonde hair was kept at a certain length and no one was allowed to touch it. I was treated as his prize possession but had had total control.”

“I told him to stop and I would go to the police. He told me no one would believe me.

“He was a powerful man, too powerful.  Everyone loved him. I kept him in my life. It was how I was groomed and conditioned, to love – and crave the love of – a man I actually hated.”

I’d go around for Sunday lunches and eat a roast with stomach churning. It felt like a deal with the devil

As the years rolled by the abuse continued.

“When I got to my mid-teens I started experiencing what I call blackouts,” she continues. “I now know why because police found diaries my father had written where he notes how he used date rape drugs to sedate and have sex with me.

“He used to put them in hot chocolate or tea. He was always the last person to make drinks at night and would make me drink it all.

“I couldn’t fight back and I couldn’t remember. I’d wake up the following morning with a headache and feeling nauseous. I was very confused by this – it wasn’t until was told about the diaries was the real truth revealed.”

“People have asked me how many times did you have sex with your father and the awful truth is I don’t know because he date raped me.” 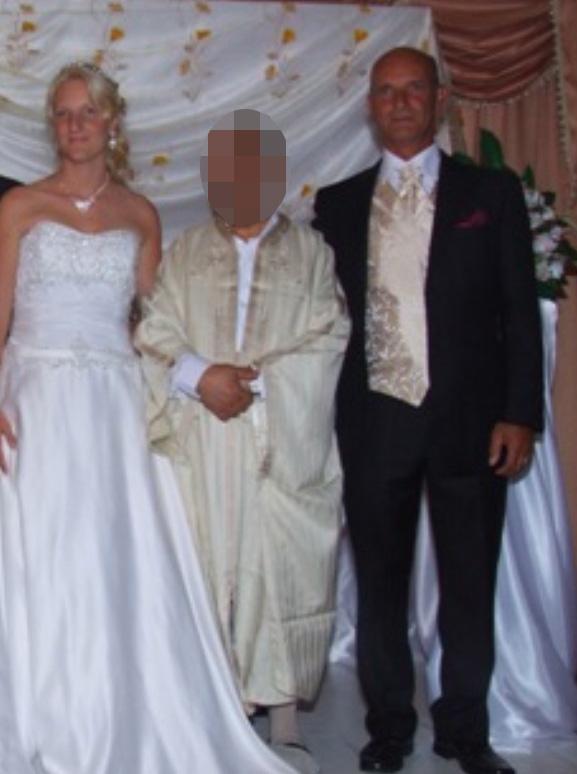 Maymeen explains how her mother would be in the house while the abuse took place but she has “no idea” if she knew about the abuse.

“I lived my life standing on the outside, always looking in,” she continues. "I experienced groomed love, surrounded by a dark soul of hate. I wanted my happy ever after, my fantasised about having a happy family.”

“He stalked me, trying to find me and get back home,” she continues. “I tried to stay on at sixth form. I did my GCSEs and relied on friends.

I felt like my whole life had been consumed by him

“My father was still following me and trying to contact me. He’d stand outside my work. I told him to go away and eventually to prevent more problems with my job I agreed to visit him and mum regularly.

“But my father’s warning of not being believed was in my head. I was still a victim at this point. The abuse had stopped but the mental control he exerted on me continued.

“I’d go around for Sunday lunches and eat a roast with stomach churning. It felt like a deal with the devil.”

In 2006 Mayameen met her husband while on holiday in Egypt. By March that year they were engaged and the pair married in Tunisia in 2009.

“When I announced the wedding my father was horrified,” she explains. “And then insisted on having full control of me on my wedding day.”

“I didn’t want my father there but he threatened to ruin the wedding unless I agreed to let him give me away and play the big man on the day,” she said. 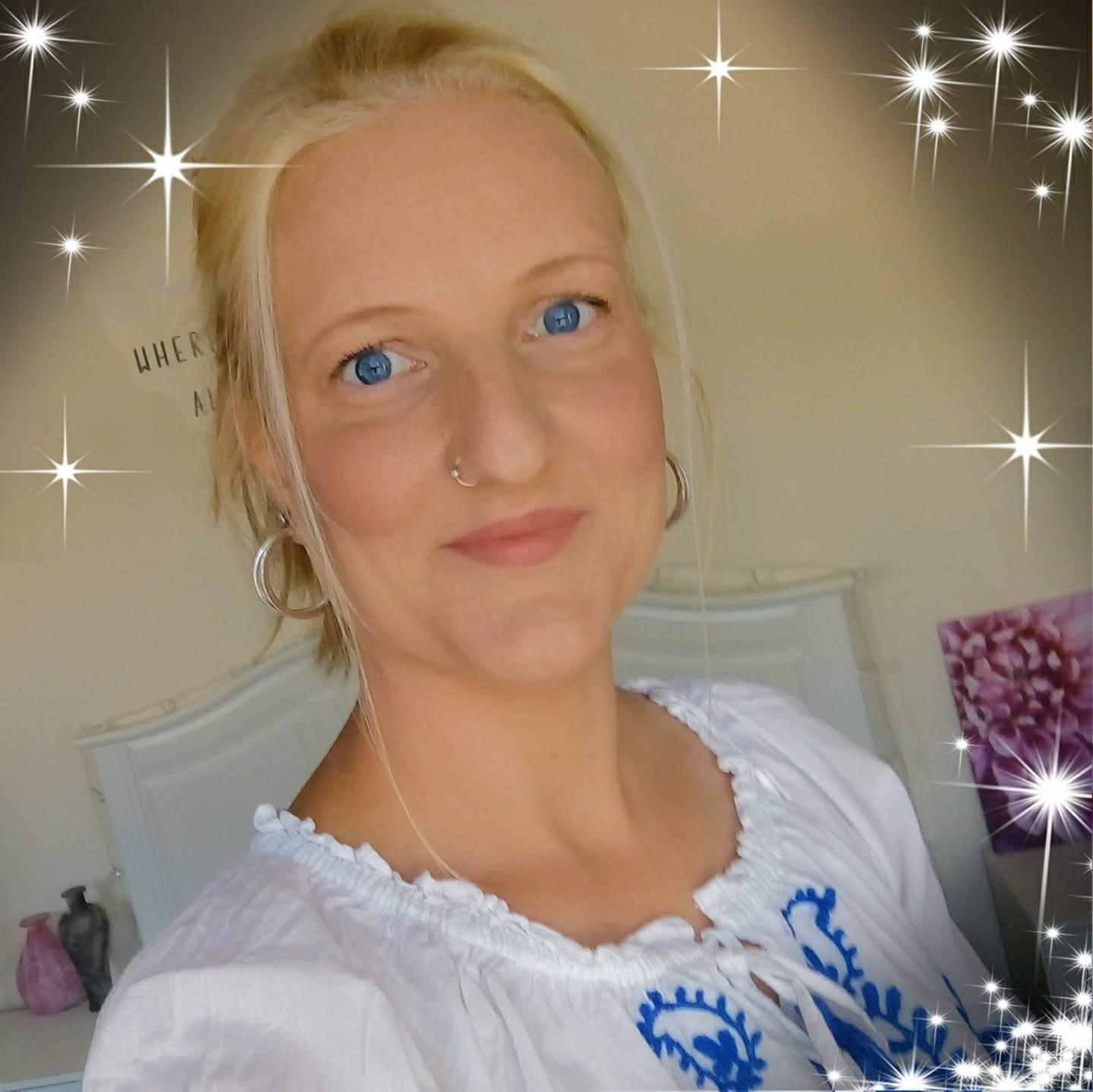 “He gave a speech praising his parenting skills and telling the guests how he had been against the wedding but how he was there to support his daughter.

"He made out as if he was Dad of the Year and made it all about him.

“It was one of his final acts of control over me and I was crying in the toilets. I desperately wanted to tell my husband about the abuse, but I couldn’t find the words."

In September 2011, when Mayameen was 28, the truth finally came out.

While on holiday in Tunisia police raided her parents’ house after receiving an anonymous tip off about the abuse.

Police told me there were diaries, video tapes and pictures of me from over the years secretly taken by my father

She says: “My father had installed cameras so he could watch me in my bedroom and the house. He used to secretly video himself having sex with me and keep them as trophies.”

“This was one of his ways of having ultimate control over me, as he could watch them whenever he wanted.

Police also discovered a depraved shrine to the abuse that Colby had created in the loft of his home.

She says: “Police told me there were diaries, video tapes and pictures of me from over the years secretly taken by my father. I remember my mother never went into that area of the house.

“Now it all makes sense. Police stripped it bare before I got back. I cannot bring myself to even go up there or look at evidence pictures.”

In March 2012, Colby pleaded guilty to charges to four counts of incest, 10 counts of indecent assault on a female, gross indecency with a female child under 16, and making indecent photograph/pseudo photograph of a child and was caged for ten years and forced to sign the Sex Offenders’ Register. 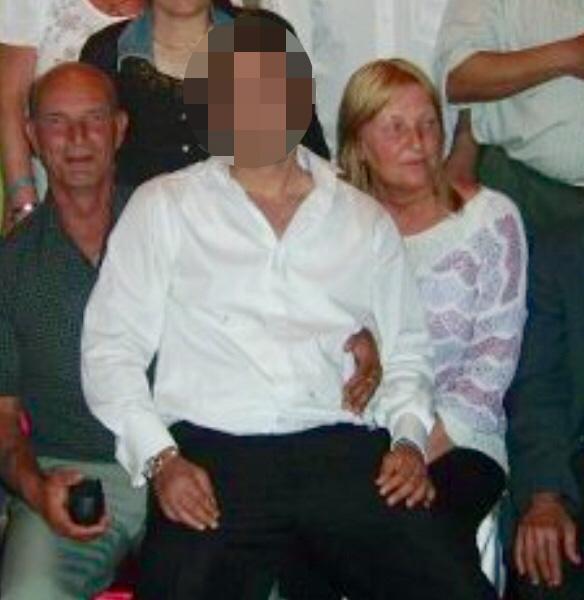 She says: “I went to court to watch him be sentenced. This important to me as act of defiance against my father. When I heard the word ‘guilty' I collapsed.

“I felt sick because it was such a surreal experience. I felt like my whole life had been consumed by him.”

Now Mayameen is calling for an overhaul of the justice system and wants all those found guilty to undergo mandatory rehabilitation and serve the entirety of their sentences.

She says: “Good behaviour in jail does no erase the crime or help the victim.  Knowing my father he would have manipulated the system in the same way he manipulated me and my life growing up.

“We have to act now to protect the thousands of other victims being abused even today in homes all over the country."

In another shocking story, a grandad raped his 11-year-old grandaughter then sold her to more than 200 paedophiles – and even had a sick shopping list where full sex cost £50 – read Emma-Louise's brave account.

And another woman was drugged and gang-raped at 14 after her mate lured her to a party – and some of her attackers are still free.