SIGNED off with six kisses and a promise to "love you in this life and the next", Rachel Williams's Valentine's Day card would spark envy from any wife.

Yet her husband Darren's gushing message actually masks years of horrific abuse – which eventually saw him blast Rachel with a shotgun in the hairdressers when she filed for divorce. 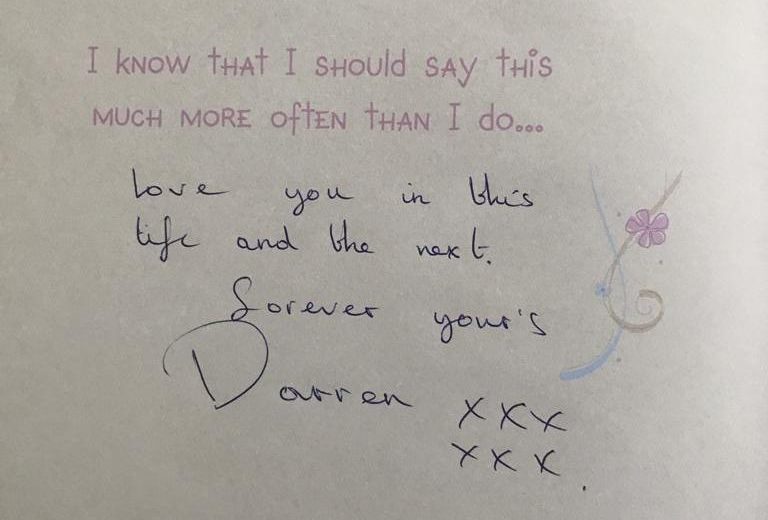 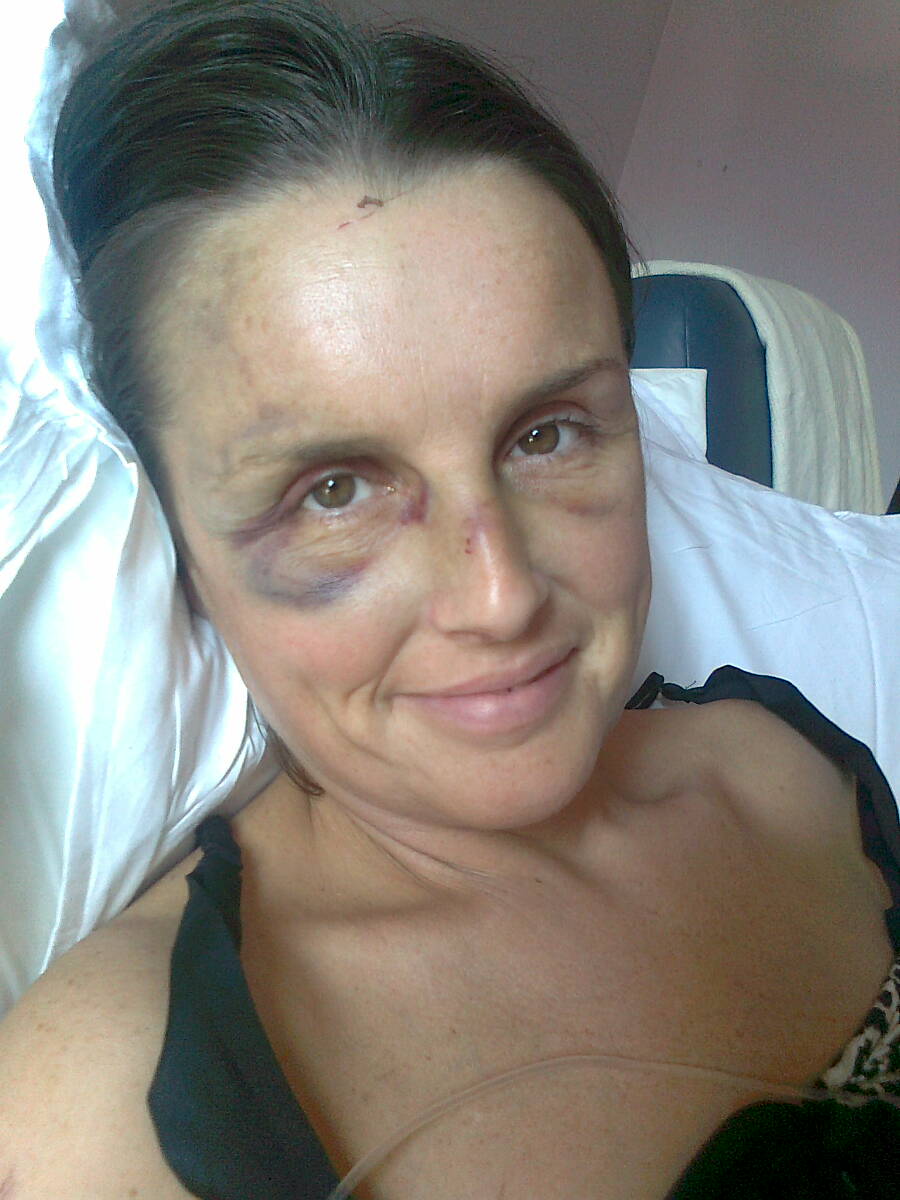 Darren – a 6ft 7in, 22st bully who had spent 18 years punching, throttling and spitting at his wife – hanged himself in woodland hours after the shooting in Newport, south Wales.

But for Rachel – who survived the brutal attack – her anguish didn't end there: six weeks later, her son Jack, 16, killed himself too, unable to cope with the horror that had unfolded around him.

It was an unimaginable chain of events – and one that seemed a million miles away from the loving picture painted by steroid-taking ex-bouncer Darren in his Valentine's message to his wife.

'I'd give all my blood for you'

Yet among his 'adoring' words were sinister undertones: "I know I can be a bit weird and crazy insecure etc etc, but I would walk to the end of the earth for you, give all my blood for you." 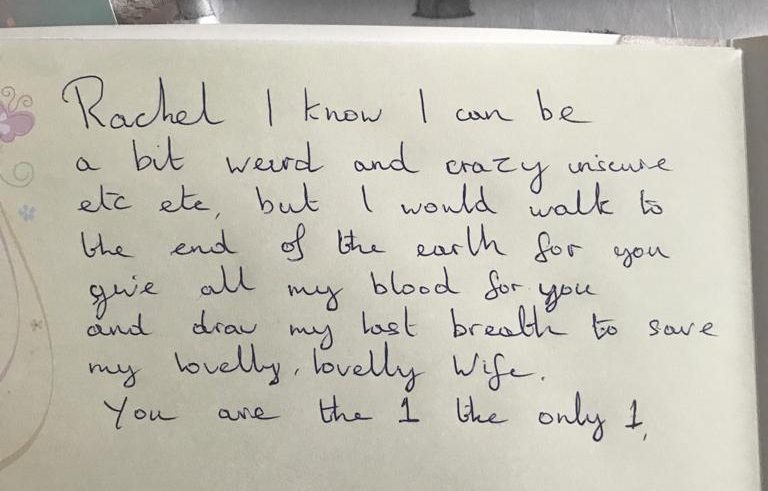 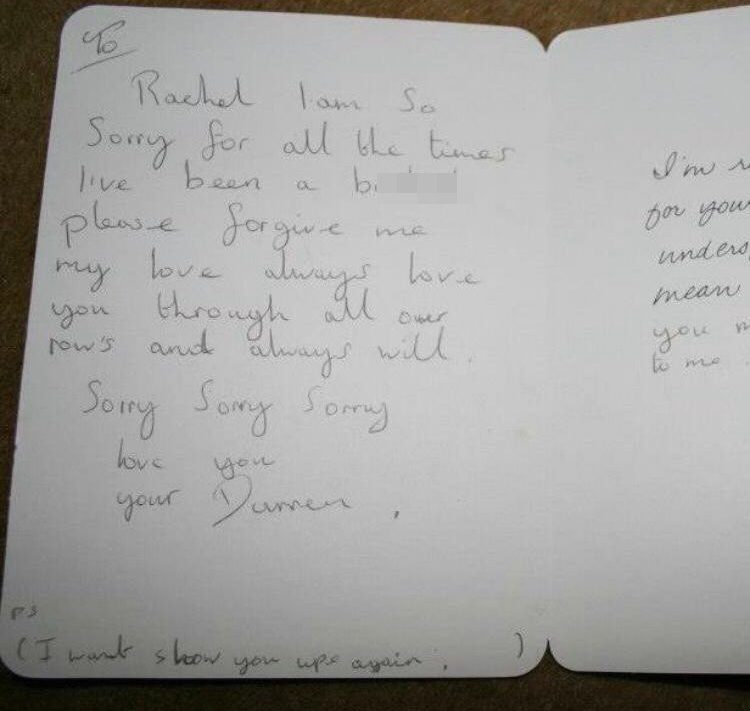 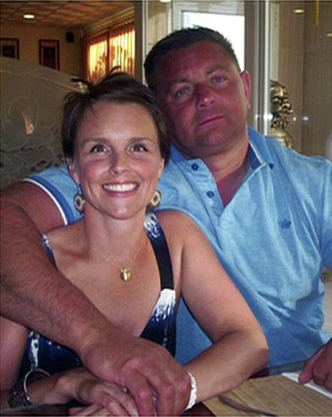 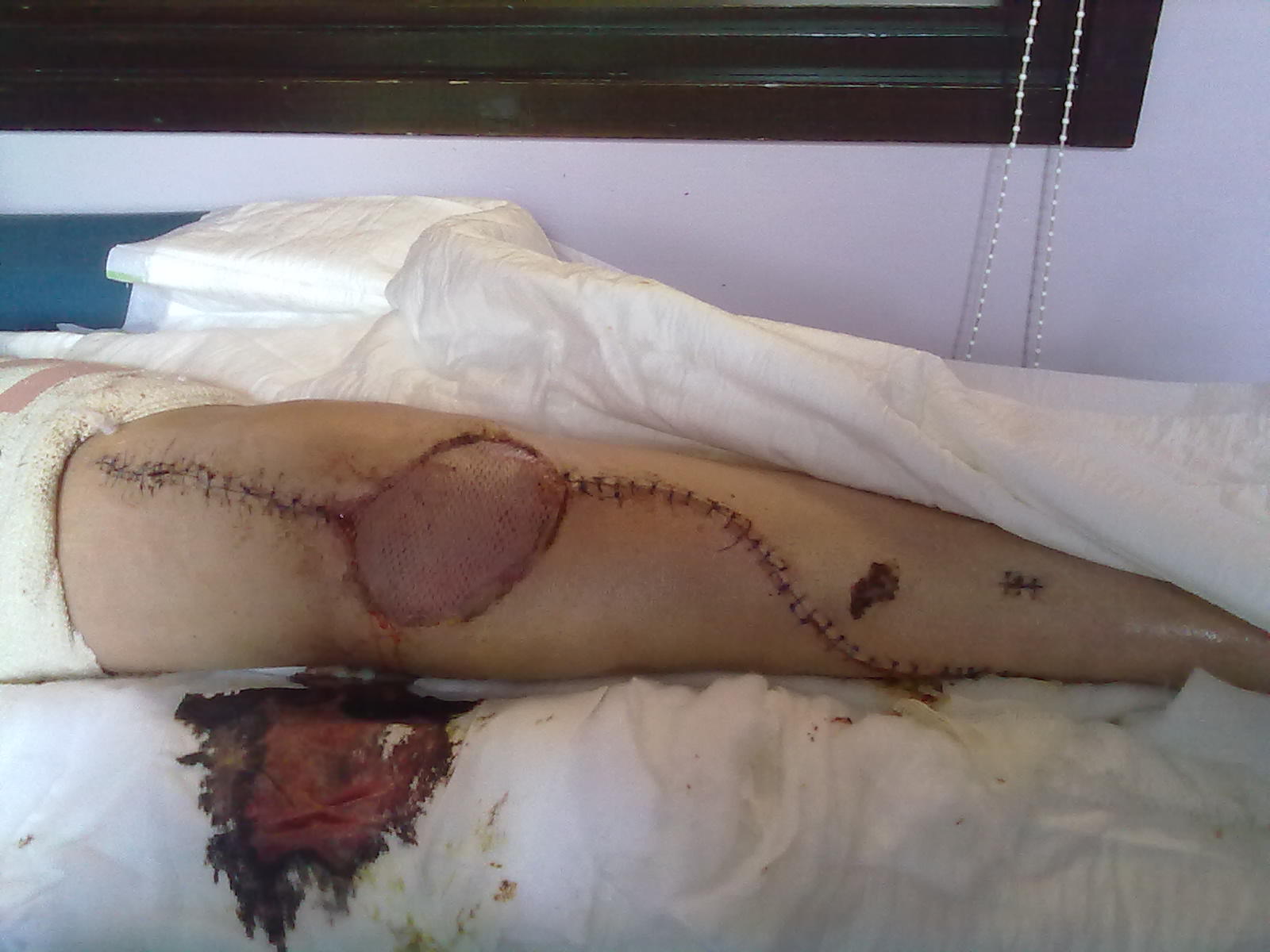 It was all part of a "couple game" that Rachel, now 48, says countless other domestic abuse and violence victims across Britain will be living today as they endure Valentine's Day "hell".

"Valentine’s Day was a day of pretending it was a happy relationship," she tells Sun Online.

"Darren would write all these poems and cards about how wonderful I was, how he couldn’t live without me, will I 'be his Valentine'? They were empty words, empty promises."

Nearly one in three women in Britain will experience domestic abuse in their lifetime.

For around two a week, the abuse proves deadly.

Just yesterday, new figures revealed that killings of women and girls have surged to the highest level in 13 years – with nearly half of the adult victims killed in a domestic homicide. 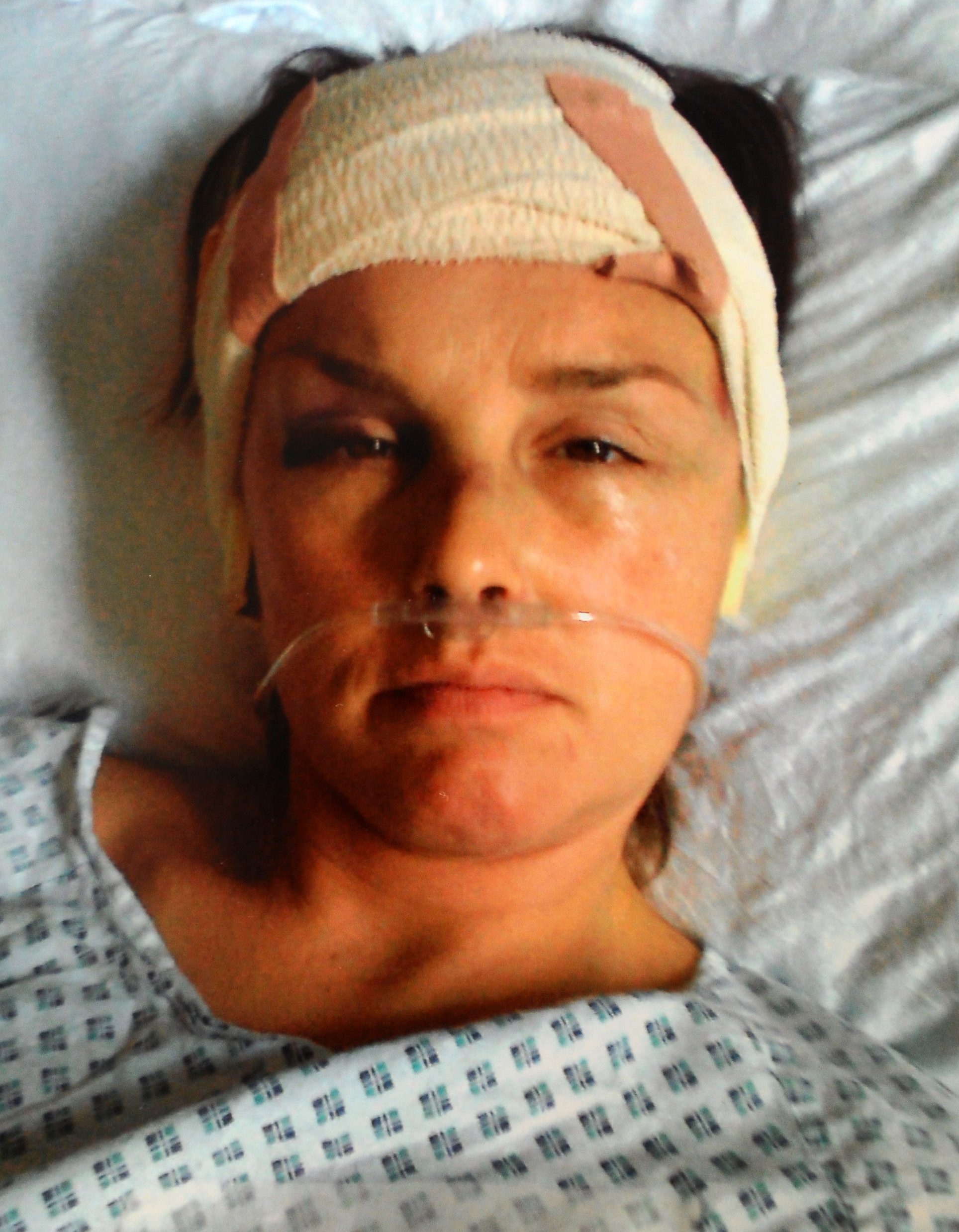 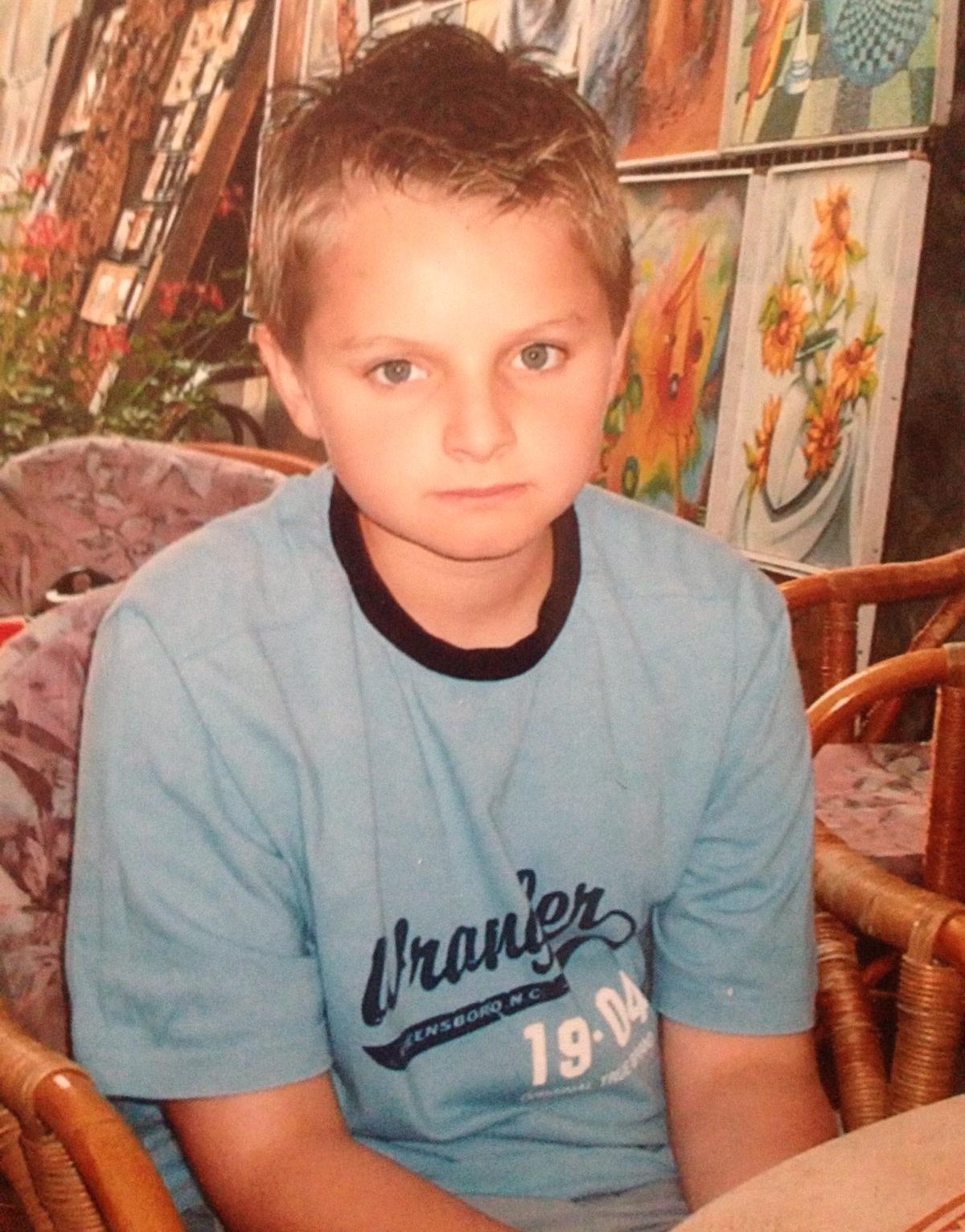 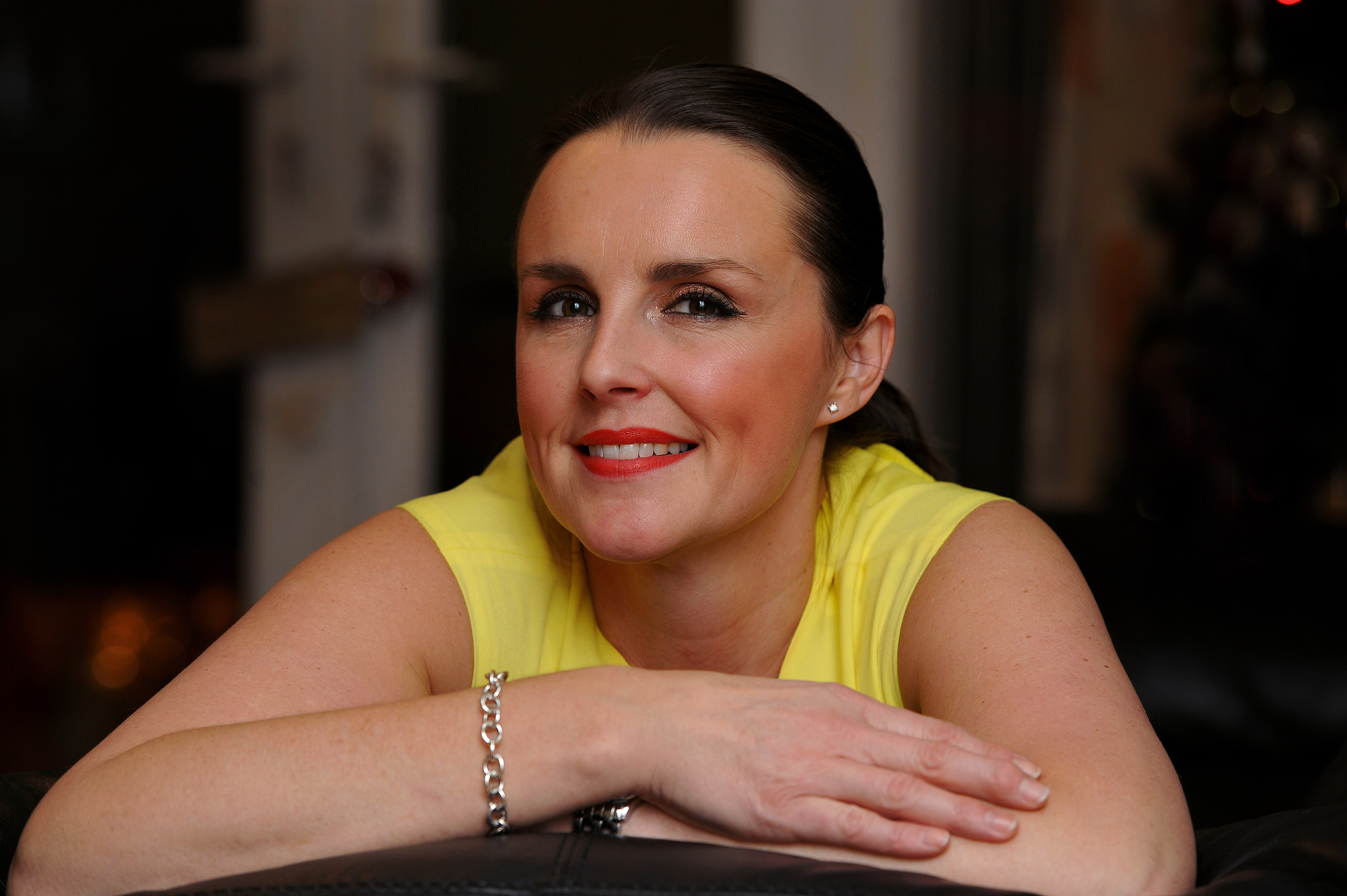 But while "domestic terrorists" strike all year round, Rachel says Valentine's Day can be particularly tough for victims – as they're expected to lavish loving attention on their partners.

"For some they’re playing the couple game. You might go out to a restaurant without really wanting to be there with your perpetrator," she tells us. ""With other victims, they might be kept in as 'punishment' for something their abuser says they've said or done'"

For Rachel, Valentine's Day involved being forced to stay in, cook dinner and have sex with Darren – all the while "walking on eggshells", terrified of another violent outburst.

And when her husband told her, "you'll always be my Valentine", it simply highlighted that she was completely trapped, knowing her life would be in danger if she left.

"He meant that I could never escape," says the mum of two.

"When you’re living in these relationships, in these toxic homes, your partners are like domestic terrorists. You don’t know when the next outburst is going to be." 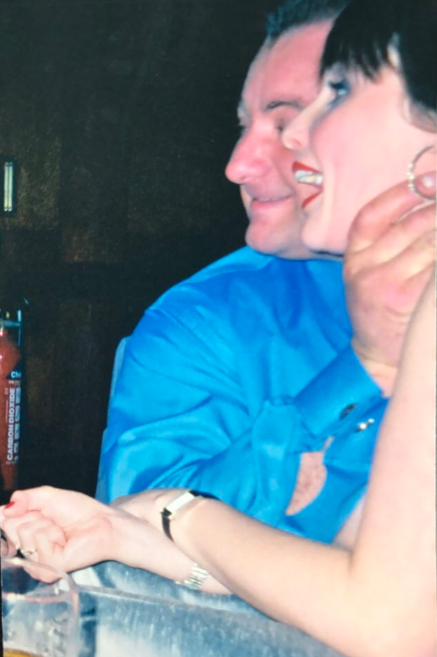 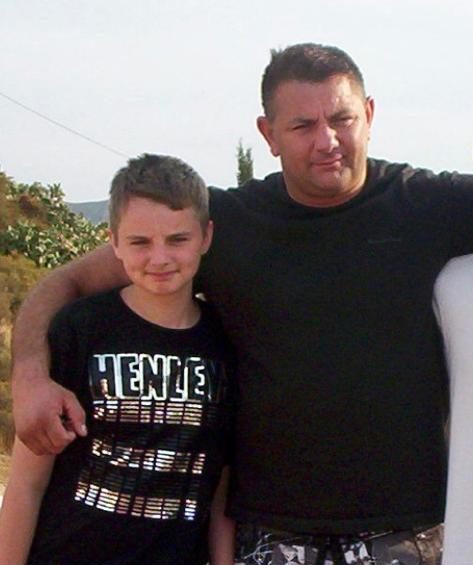 Although she had seen "glimpses" of Darren with a temper, Rachel says her first vivid memory of his severe violence came during the pregnancy, when he grabbed her by her throat.

"I was seven months pregnant," she recalls.

"He lifted me up off the floor and let me go when my lips turned blue – those were his words."

Afterwards, Darren was remorseful, saying he didn't know what had come over him.

It was an apology the thug would make many times over the years, as he repeatedly thumped Rachel on the back of her head, pulled her hair, strangled her and spit in her face.

"It almost became my normal," adds the mum. “Once Darren did something like that I’d have at least a week of him sucking up to me with flowers. One week I had three bouquets." 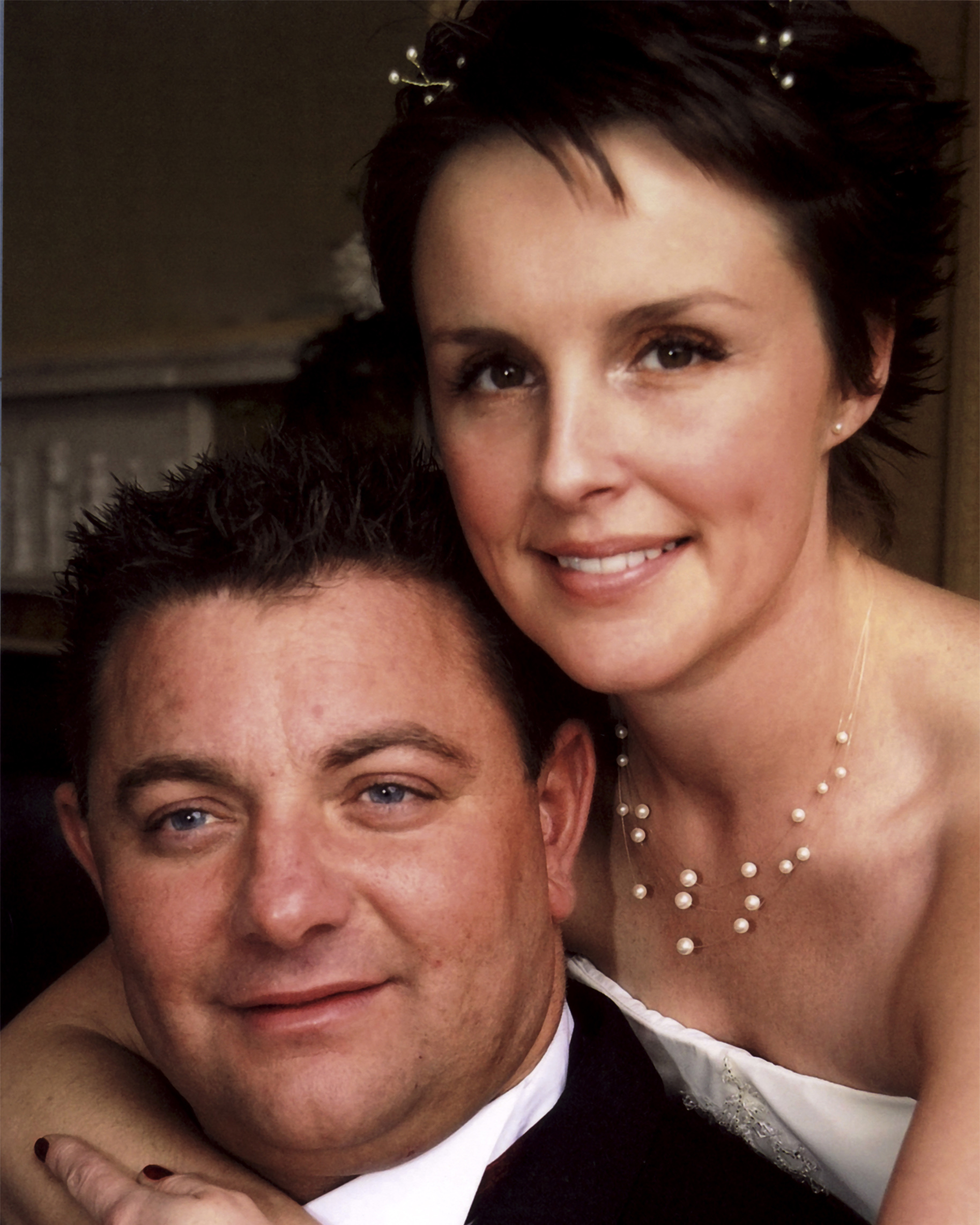 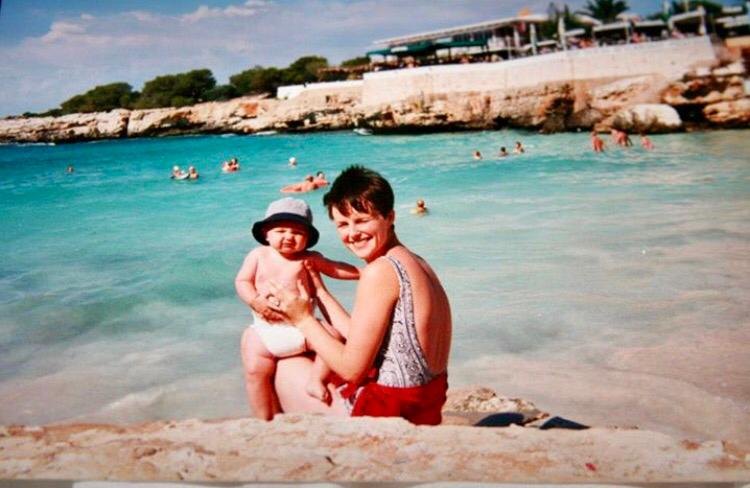 On two occasions, Rachel tried to leave Darren. But when she did, he "loved-bombed" her – bombarding her with manipulative texts and calls vowing he would change and seek help.

"You get sucked into this little vortex of his false promises," says Rachel.

'He slit his wrists in front of our boy'

However, in 2011, "enough became enough" when Darren strangled Rachel then slit his wrists in front of Jack who, aged only 16, had to call an ambulance for his dad.

"The kids don’t just witness it, they live it as well." 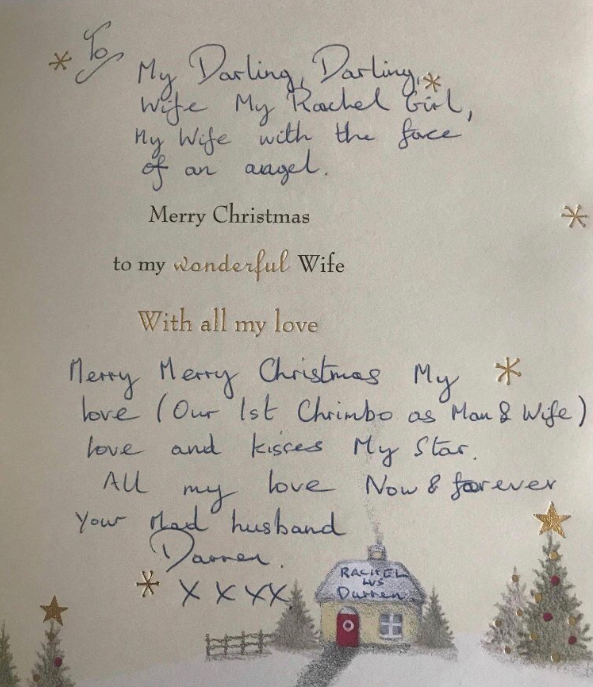 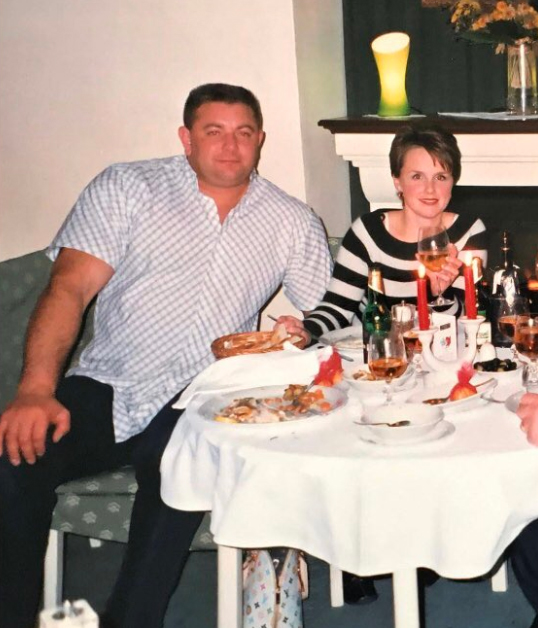 Following that terrifying incident, Rachel bravely went to the police, moved out of the marital home and put it up for sale, as well as filing for divorce from her husband.

Darren, meanwhile, was arrested, charged with common assault and released with bail conditions, including staying away from the home and not contacting Jack or Josh, now 28.

Yet Rachel says he continued to "stalk and harass" her.

Then on August 18, 2011, Darren's legal team applied to have his bail restrictions lifted – despite his history of violence and a previous weapons conviction.

The next day, Darren barged into the hair salon where Rachel worked, pulled a sawn-off shotgun out of his bag and blasted her with it in broad daylight.

"It went dark and I saw Darren filling the door frame.

"He was reaching into the bag and pulling out a weapon. I just instinctively ran towards him." 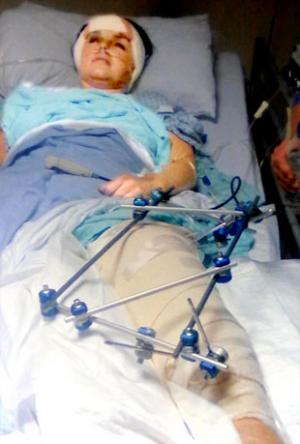 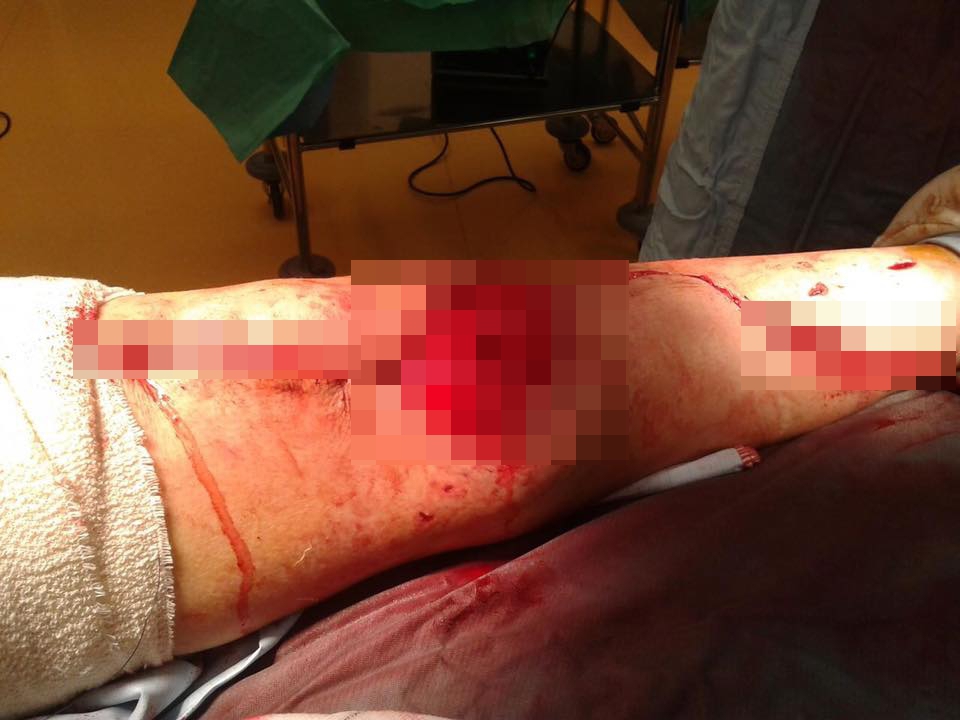 Rachel was battered across the head with the shotgun's butt, before Darren opened fire on her at point-blank range. She was shot in the legs after bringing them up to protect herself.

In a remarkable show of strength, Rachel then managed to wrestle the weapon off her towering estranged husband, before he fled the salon and hanged himself in the woods.

"It was such a huge relief," she says of the moment she heard of Darren's death.

'Jack became a boy I no longer recognised'

After the shooting, Rachel spent six weeks in hospital, while Jack stayed with Darren's family. During that time, she says she noticed a distinct change in her son.

"They were channelling a lot of anger at Darren’s death towards me," she says. "Jack was sending me quite hurtful messages. He was becoming a boy I no longer recognised."

Rachel also says that, while in hospital, she discovered Darren had been cheating on her. "He'd fathered a child behind my back, who was younger than Jack," she adds. 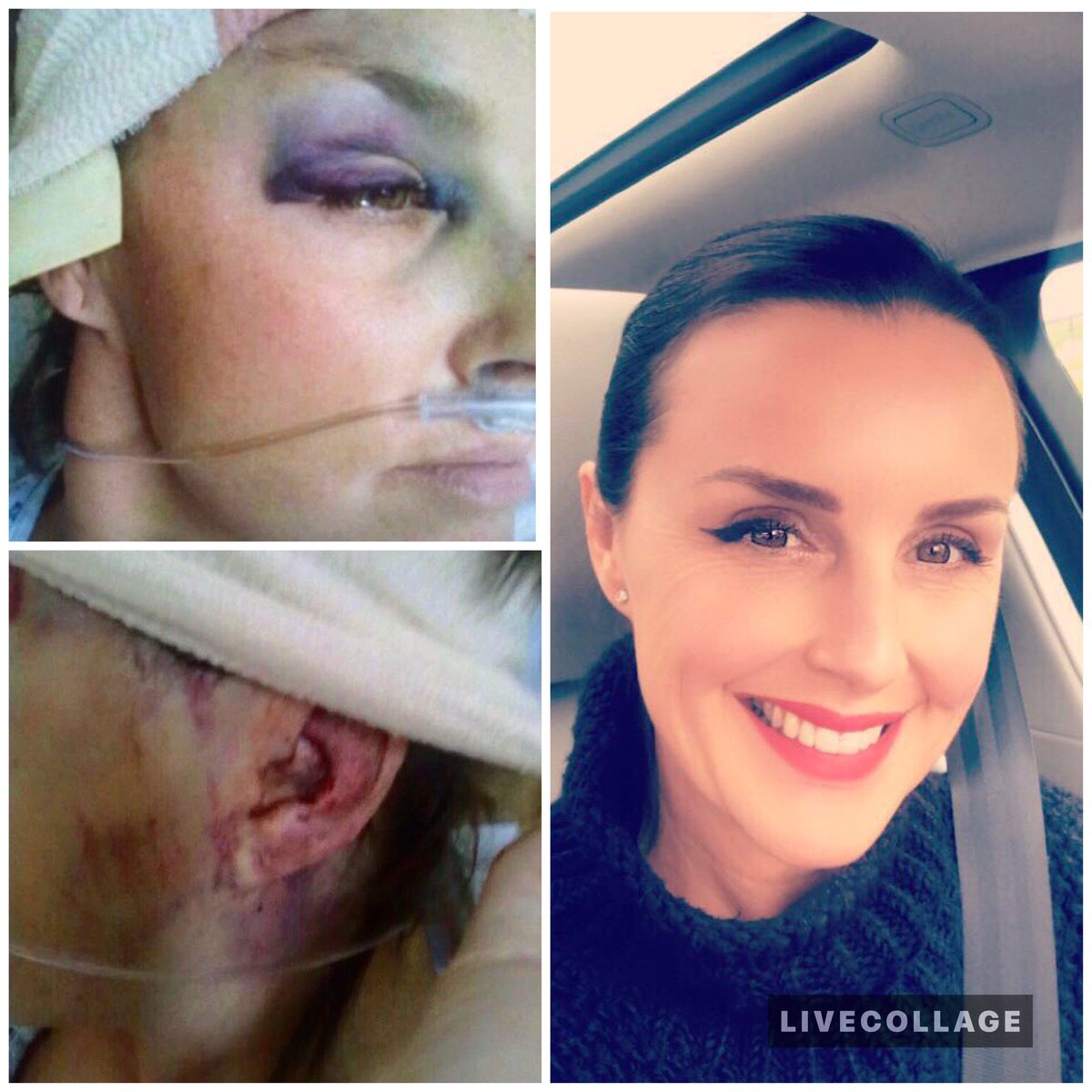 On September 23, 2011, Rachel was discharged from hospital. But three days later, while wheelchair-bound and shopping with her sister, she received a phone call to say Jack was missing.

"I just had this feeling in my gut that something had happened," she says.

The teen was later found hanged in woodland where his dad's ashes were scattered.

"The shooting wasn’t even relevant then," adds Rachel, the founder of Stand Up To Domestic Abuse,

"Jack is the tragedy in this case – the result of one man’s actions." 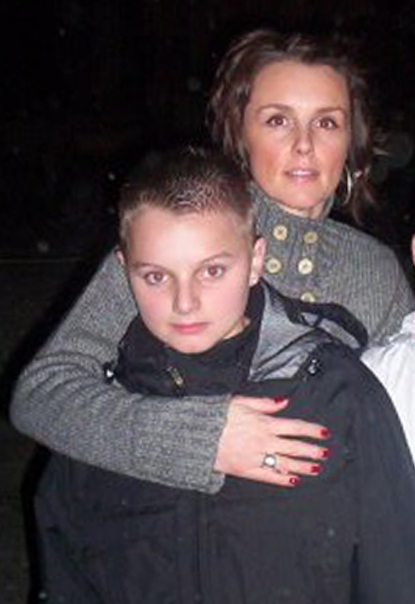 Today, Rachel considers herself "no longer a victim but a victor", as she tirelessly campaigns to raise awareness of domestic abuse and to support other women.

She has launched a petition calling for non-fatal strangulation to be made a specific offence – so other violent perpetrators aren't handed a common assault charge as Darren was.

“You only need 10lbs of pressure on the neck to kill somebody," she says.

And while Rachel says she will never get over Jack's death – "you just learn to live with it" – she has a message for domestic abuse and violence victims this Valentine's Day.

"Make sure you have got the support around you – and please make the call to police," she says, adding that officers are better equipped to tackle domestic abuse nowadays.

“There is life after domestic abuse. Life is precious but freedom is priceless." 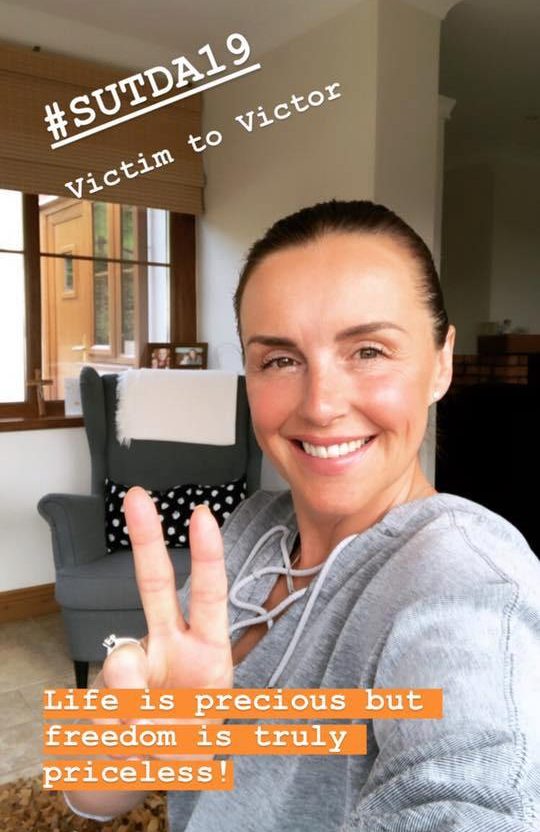 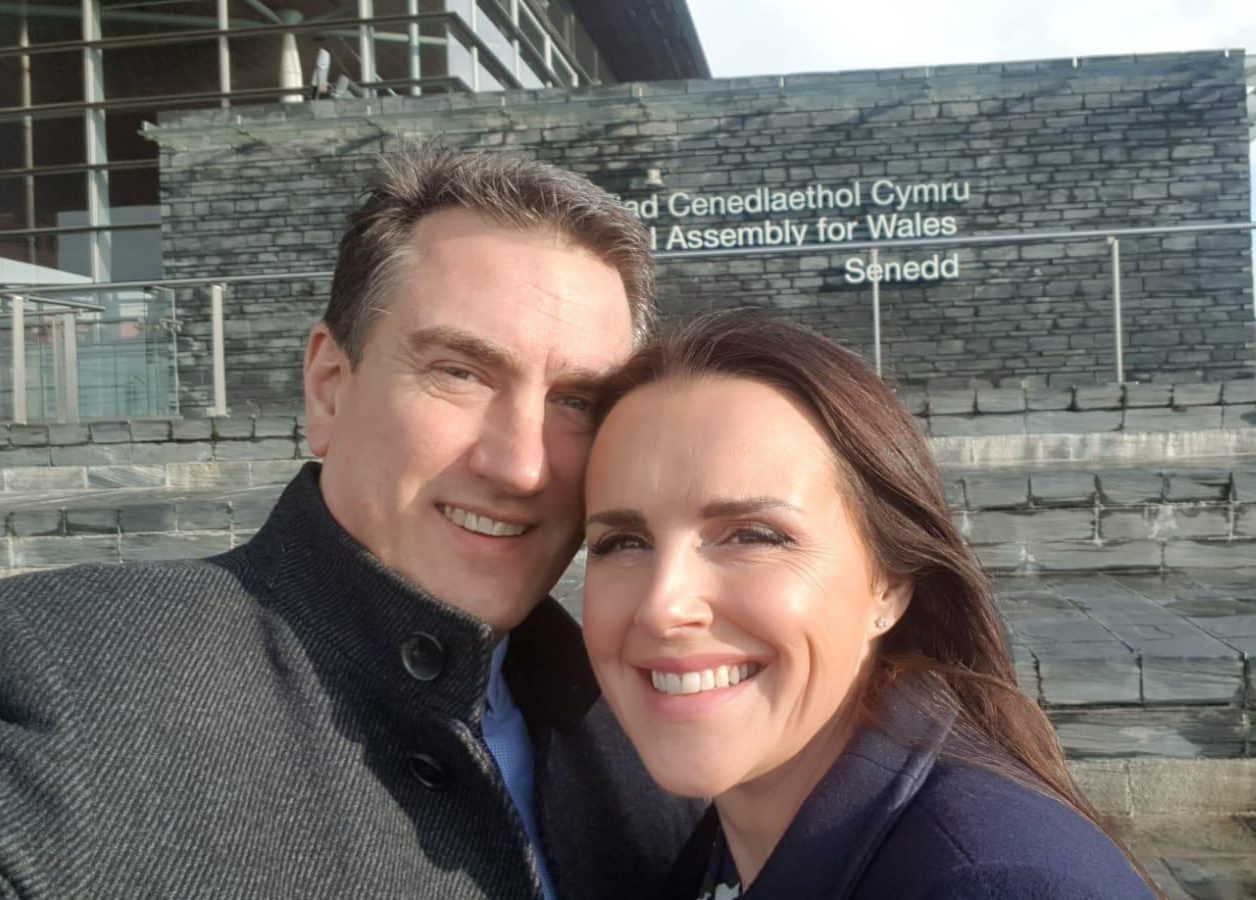 Where can you get help?

You don't have to suffer in silence.

If you are experiencing domestic violence or someone you know is there are groups that can help.

And Rachel is certainly proof of that.

As well as helping thousands of other women, she is now happily married to managing director husband Mike, 50, whom she met on Match.com months after Jack's death.

The couple will celebrate their fifth wedding anniversary in May.

“He’s what you should have in a man," says Rachel. "Someone who respects you, and you respect him.

"He encourages my work – had it not been for Mike's support I wouldn’t be able to do this.”

Sainsbury’s posted a letter from it’s CEO on Twitter this morning, to update customers. “We want to keep you updated on how we are continuing…

Rebecca Black had one of the most curious rises to fame in the 2010s. Black rose to fame because of her single, “Friday,” a bubblegum…

Donald Trump Jr. joked this week that he could lobby for his dad to pardon ‘Tiger King’ star Joe Exotic. But could it really happen?…