A WOMAN has accused her ex-partner of ‘abuse’ after he stopped funding her lavish lifestyle when they broke up.

Taking to social media, she asked whether she had grounds to sue her ex after he ignored her calls when she came to him asking for money, claiming she “never asked for this lifestyle.” 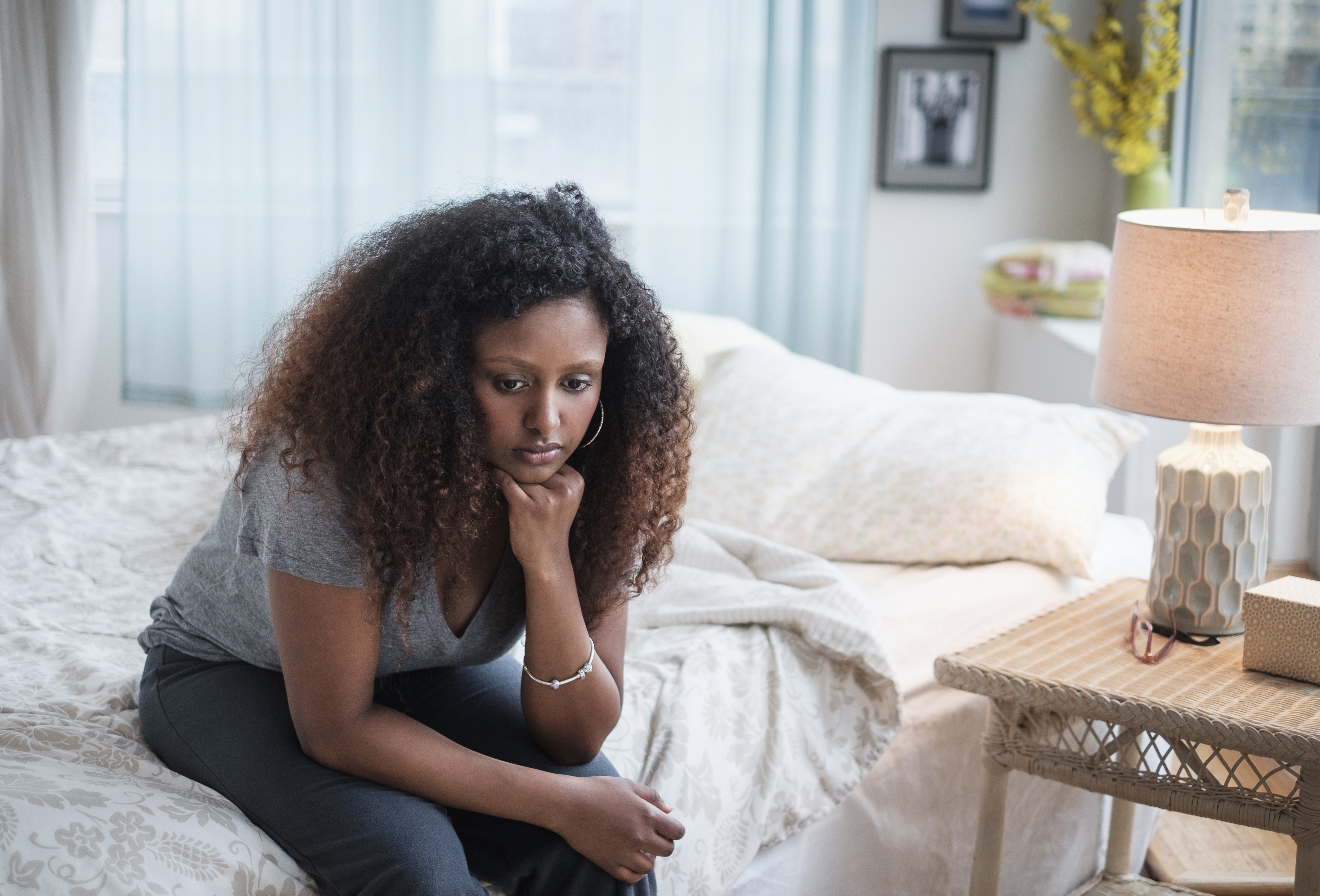 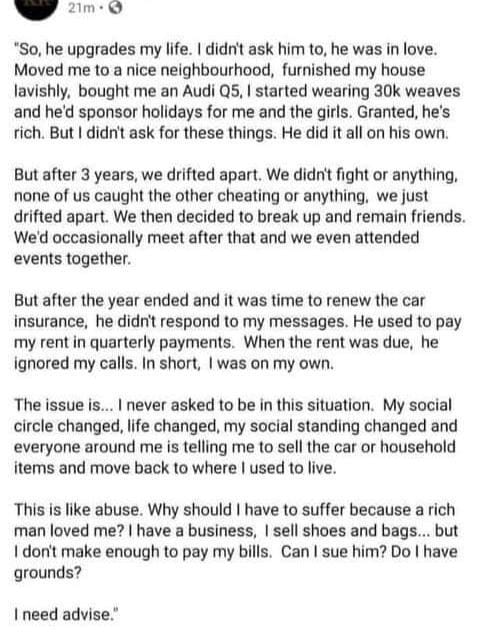 She wrote: “So he upgrades my life. I didn’t ask him to, he was in love.

“Moved me to a nice neighbourhood, furnished my house lavishly, bought me an Audi Q5, I started wearing 30k weaves and he sponsored holidays for me and the girls.

“Granted he’s rich but I didn’t ask for these things. He did them all on his own.”

After three years together, she explains that they drifted apart as a pair, though kept in touch, that is until she came sniffing around for cash.

She explained: “It was time to renew my car insurance, he didn’t respond to my messages.

“He used to pay my rent in quarterly payments. When the rent was due he ignored my calls. In short, I was on my own.

“The issue is… I never asked to be in this situation. My social circle changed, life changed, my social standing changed and everyone around me is telling me to sell the car or household items and move back to where I used to live.

“This is like abuse. Why should I have to suffer because a rich man loved me? I have a business, I sell shoes and bags… but I don’t make enough to pay my bills.”

She finished by asking whether she would be able to sue her old flame.

Commenting on the post, one wrote: “What would she even sue for, giving her too much free money?”

“Sell your s*** and stop whining,” added another, while a third commented, “Get a JOB downgrade, live within your means!! that was his money, not yours, SUE?? pfft! what!!”