LONDON — Carine Roitfeld has teamed with Sotheby’s on two projects that span fashion, fine jewelry and contemporary dance inspired by the Ballets Russes.

Roitfeld, the longtime creative director and CR Fashion Book founder, has styled two ballerinas from the Opéra National de Paris, who are performing in a contemporary version of the the Ballets Russes’ “Le Spectre de la Rose.”

On Monday, Nov. 2, the auction house will host an in-conversation with Roitfeld about her work on the costumes for the ballet, which stars Bianca Scudamore and Naïs Duboscq. It will also screen the performance online.

Gary Schuler, worldwide chairman of Sotheby’s jewelry division, said the occurrence of pink diamonds in nature is “extremely rare, in any size.” 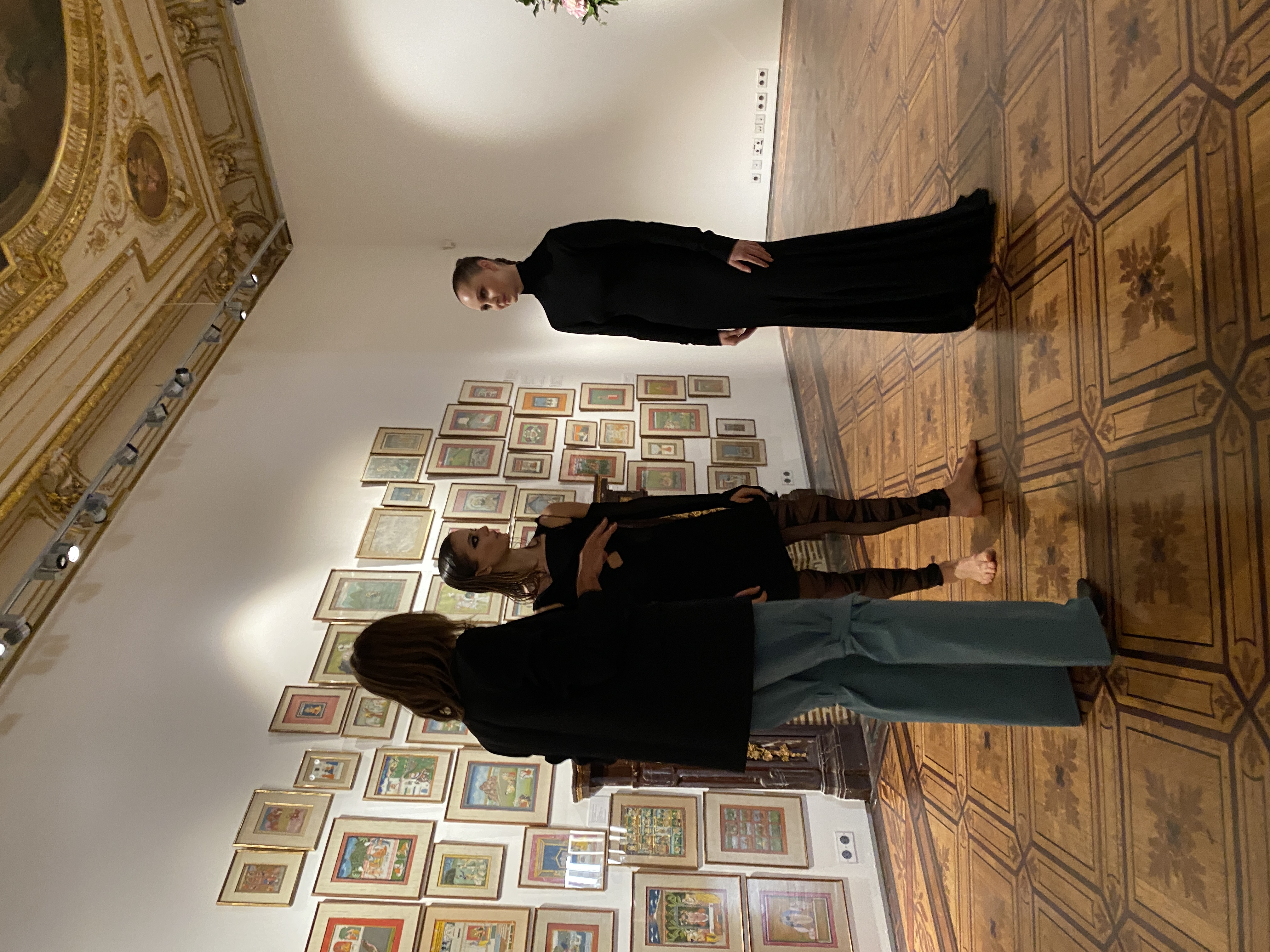 Carine Roitfeld has styled two ballerinas from the Opéra National de Paris, for a modern version of a Ballets Russes performance. Image Courtesy of Sotheby's

He said that having the opportunity to offer “a large, polished pink diamond of more than 10 carats and with the richness of color and purity of The Spirit of the Rose is truly exceptional. It is a natural wonder, steeped in Russia’s century-long diamond tradition and cultural heritage.”

In an interview, Roitfeld said it was her friend and former colleague Karl Lagerfeld who taught her so much about ballet.

One of her main inspirations for the costumes, she added, was a black-and-white picture of Nijinsky that Lagerfeld had given her, that shows the dancer in a Harlequin costume.

The triangle pattern on the tights worn by one of the ballerinas is a reference to the Harlequin costume.

“I have always loved ballet, and I am half French, so it’s in my DNA. But I also worked with Karl Lagerfeld for 10 years, and he taught me so much. ‘Le Spectre de la Rose,’ was his favorite ballet ever,” she said.

Roitfeld added that she is also a fan of Nijinsky’s, and pointed out that he was an extraordinary man in many ways and had an unusual build for a dancer.

“He was small with short legs, and he would have found it difficult to dance today because of that. Size requirements for dancers are very different today.”

She also said he was a vegetarian, “which was unusual at the time,” especially because he was living in Russia. 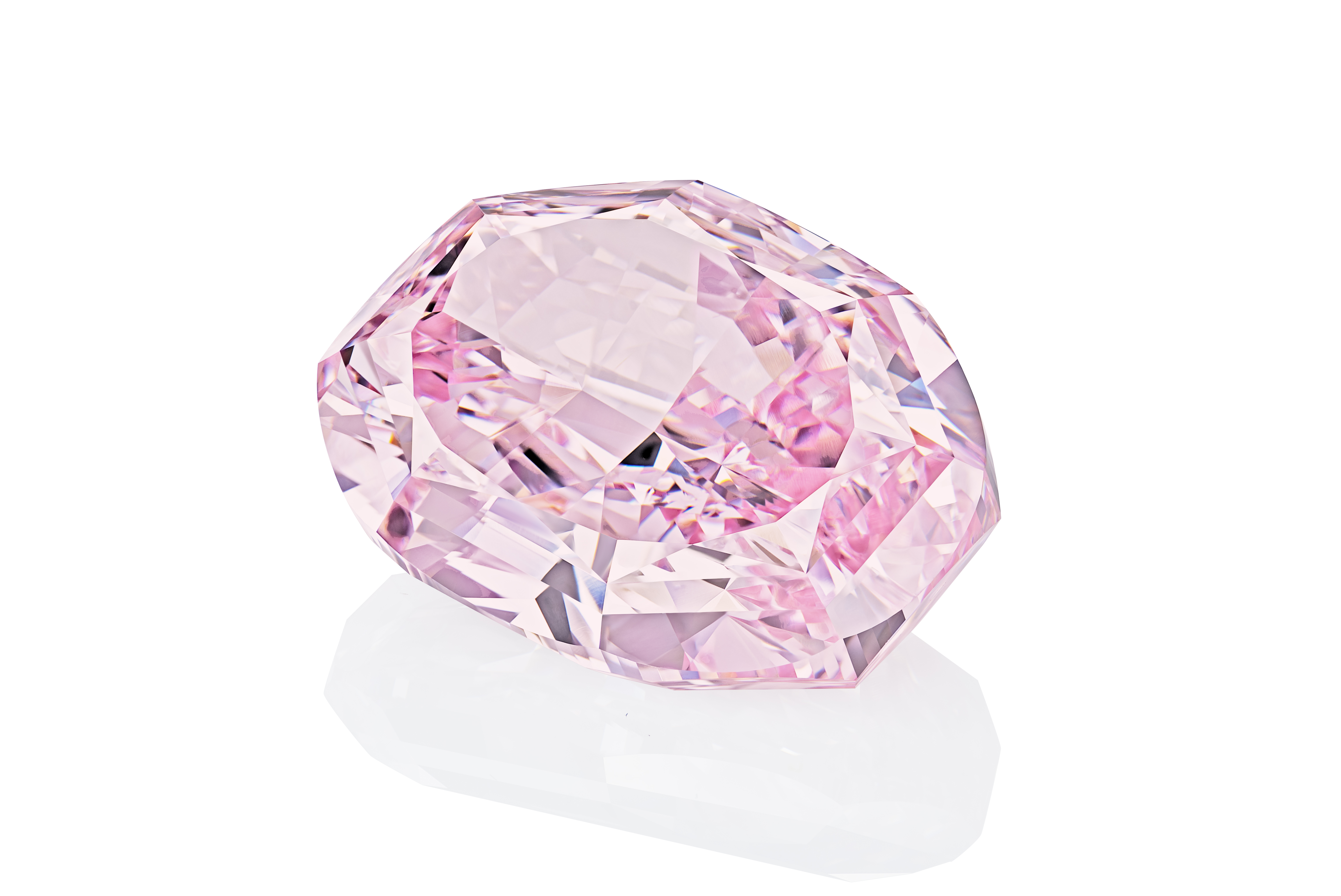 The Spirit of the Rose pink diamond will be auctioned at Sotheby’s in Geneva. Image Courtesy of Sotheby's

For the costumes, Roitfeld chose a long, black Bottega Veneta dress by Daniel Lee and a cocktail dress from the London-based designer Nensi Dojaka.

Dojaka graduated from Central Saint Martins last year, and this is the first time the designer is dressing a ballerina. Roitfeld said she is always on the alert for new talent, “and I think what Nensi does is fantastic. I knew she was perfect for the job.”

Roitfeld contacted Dojaka over Instagram about the project, and the two connected immediately.

“The ballet is traditionally performed by a man and a woman. As we’re having two ballerinas dance for this performance, I wanted to preserve that duality, but express it differently,” said Roitfeld.

“One girl is wearing a rather classic, long black dress while the other one wears a short deconstructed cocktail dress with tights, in a more sort of punk way. This is expressed through hair and make-up as well.

“I wanted both looks to be black. First because black is definitely my signature. But also, because I wanted to have this symbiotic feeling when both bodies interact with each other.”

Roitfeld added that she took fit into consideration, too, as the dresses had to be easy to move in, and comfortable.