A Twitter thread has asked people to share snaps of lead marks still visible under their skin – and it's a lot more common than you'd think. 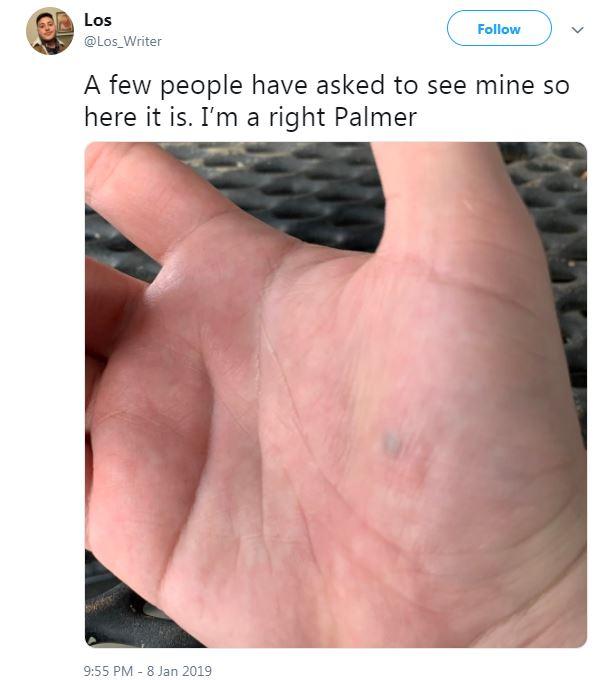 The conversation was started by Californian writer Los, who wrote: "Hello I'm looking for people who have lead from their pencil stuck inside their bodies."

He went on to upload a photo of his right hand, which has a clear black dot embedded in the palm.

Amazingly, the post has now racked up over 14k re-tweets, 93k likes and 7k comments.

People have shared all kinds of stories about how they received their lead marks, from running with a sharp pencil to having one thrown in their face. 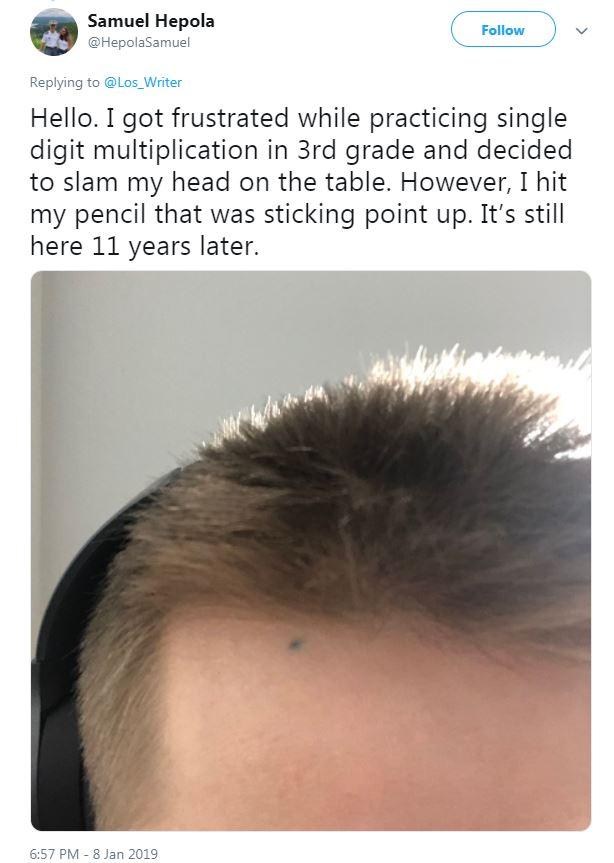 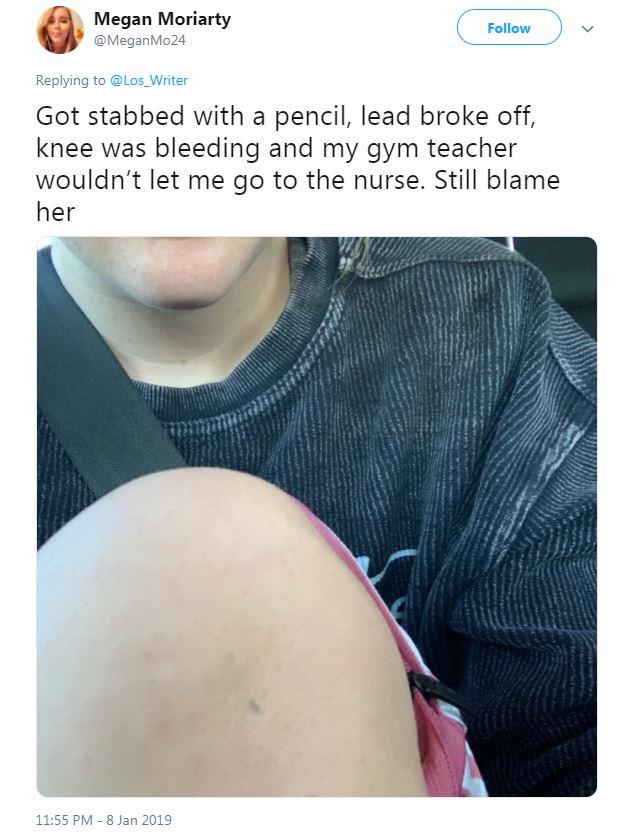 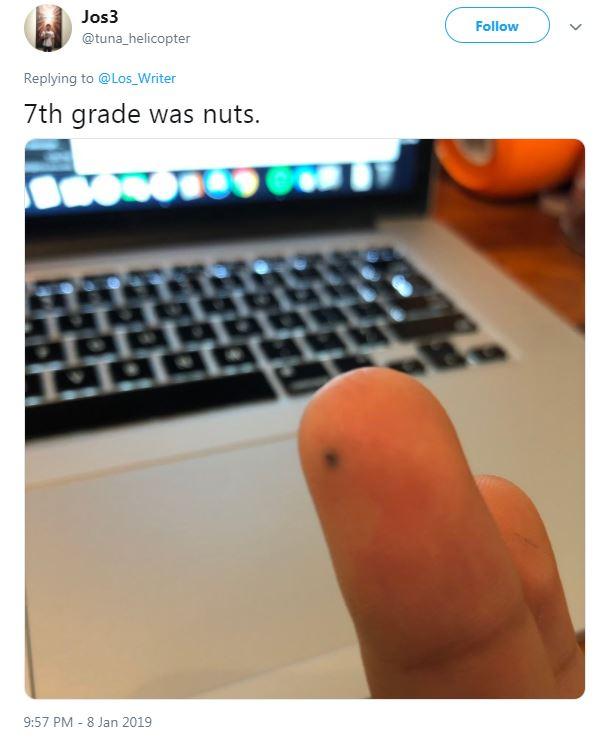 One person wrote: "Oh my God I thought I was the only person on Earth. My crush stabbed me in the hand in 6th grade social studies."

Another said: "Hello. I got frustrated while practising single digit multiplication in 3rd grade and decided to slam my head on the table.

"However, I hit my pencil that was sticking point up. It's still here 11 years later." 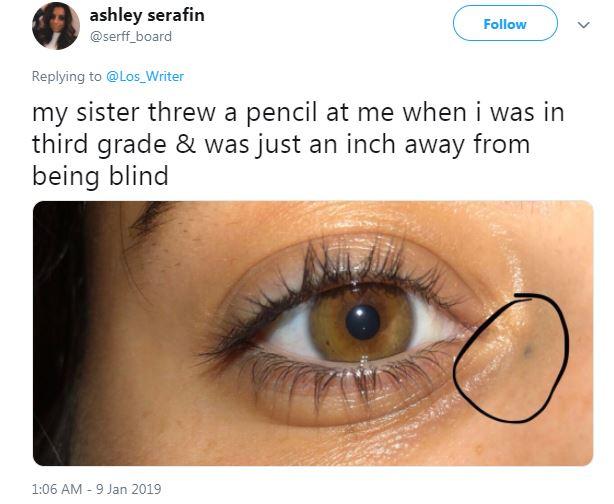 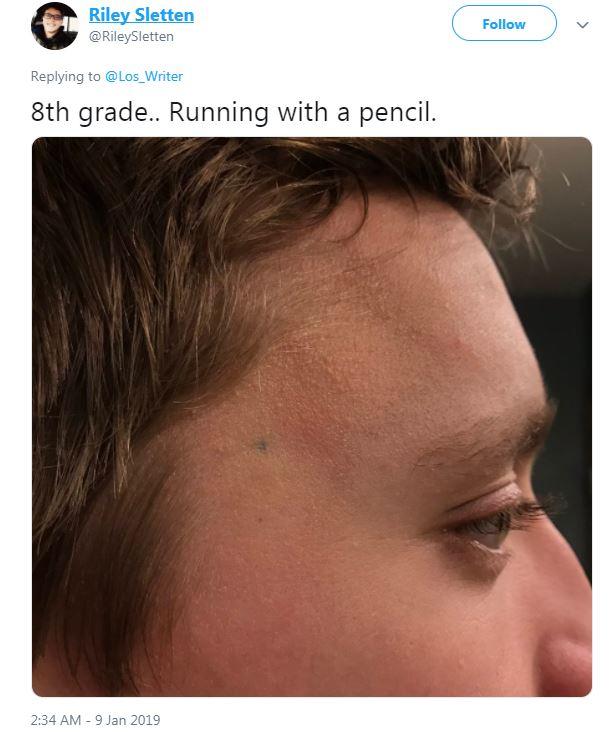 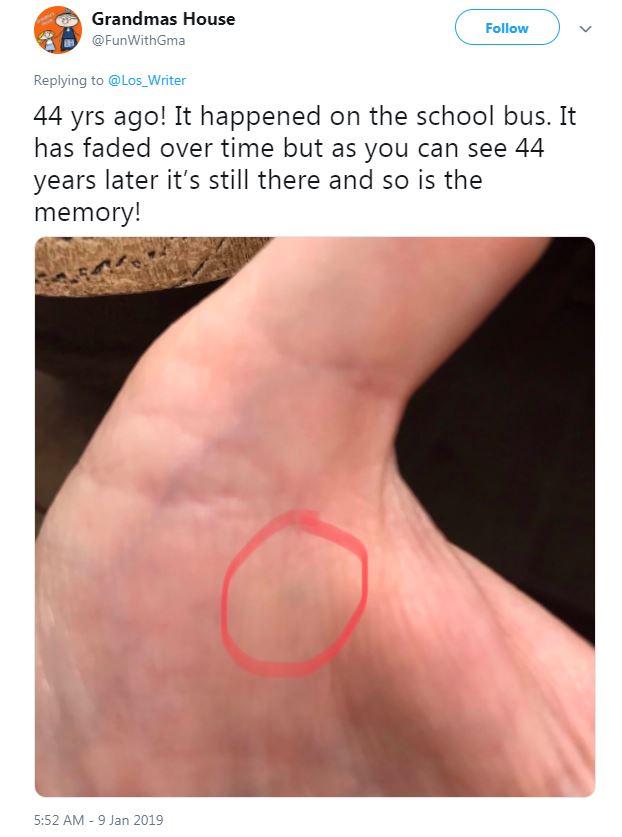 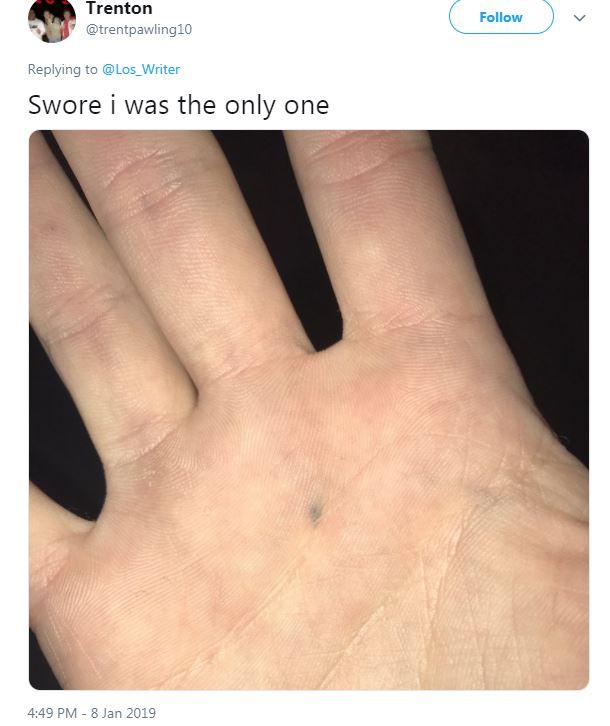 As you'll know, lead is actually a toxic substance.

But if you're concerned that these people have been slowly poisoning themselves since childhood, there's no need to worry.

Lead has mainly been phased out since the discovery that it's dangerous, and pencils are now made with graphite.

After reading those nasty stabbing stories, we're glad these people don't have another thing to worry about. 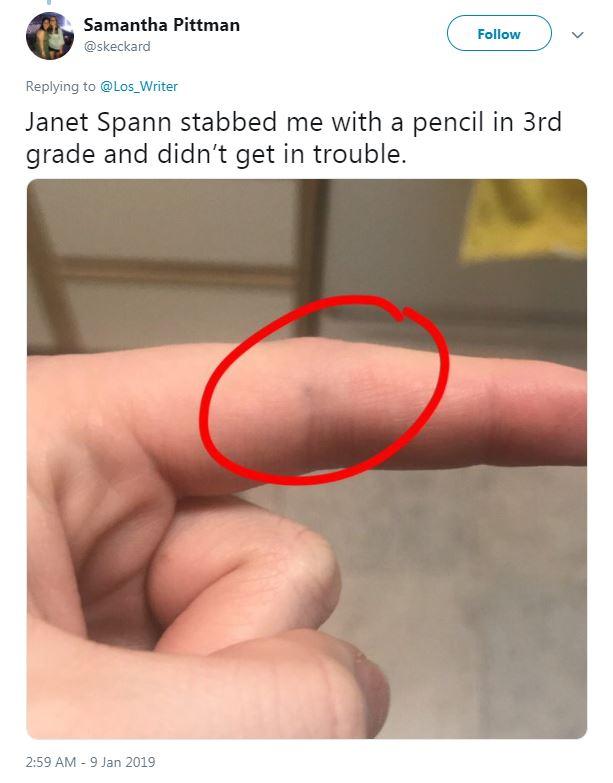 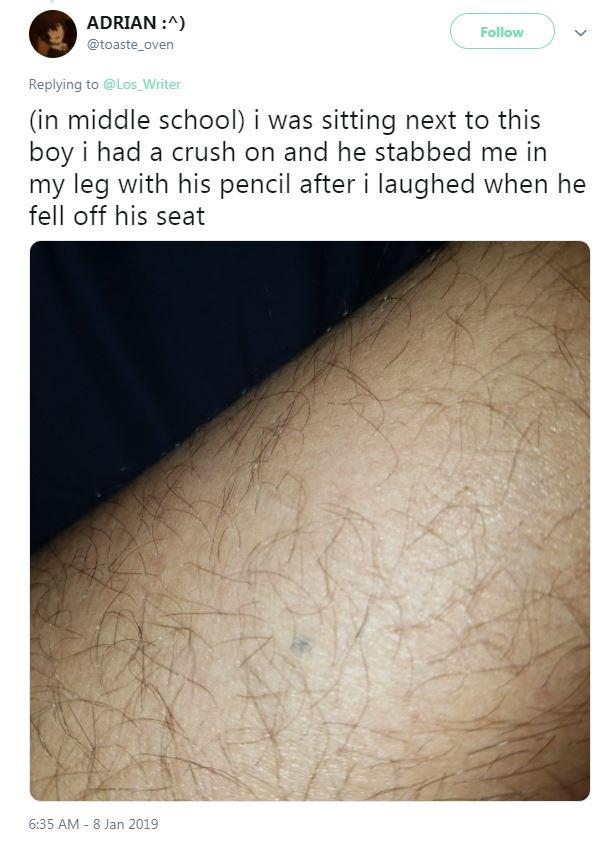 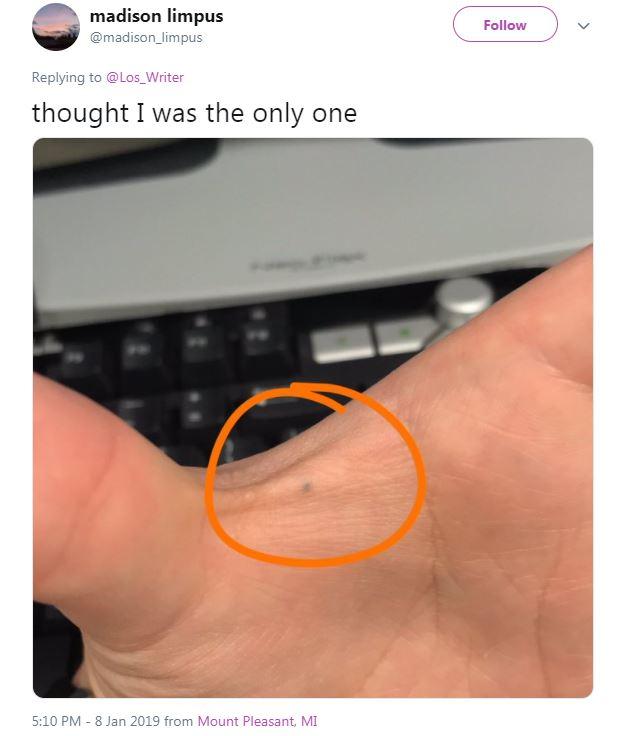 In more weird news, you can name a cockroach after your ex for Valentine's Day for £1.50.

And "goat shoes" are set to be 2019's next big shoe trend – and they make your feet look like HOOVES.