ALL eyes were on Prince William and Prince Harry this afternoon as they unveiled a new statue of their mother Princess Diana on what would have been her 60th birthday.

The brothers – who haven't appeared in public together since Prince Philip's funeral in April -put on a united front as they walked through Kensington Palace's Sunken Garden and greeted their late mother's extended family. 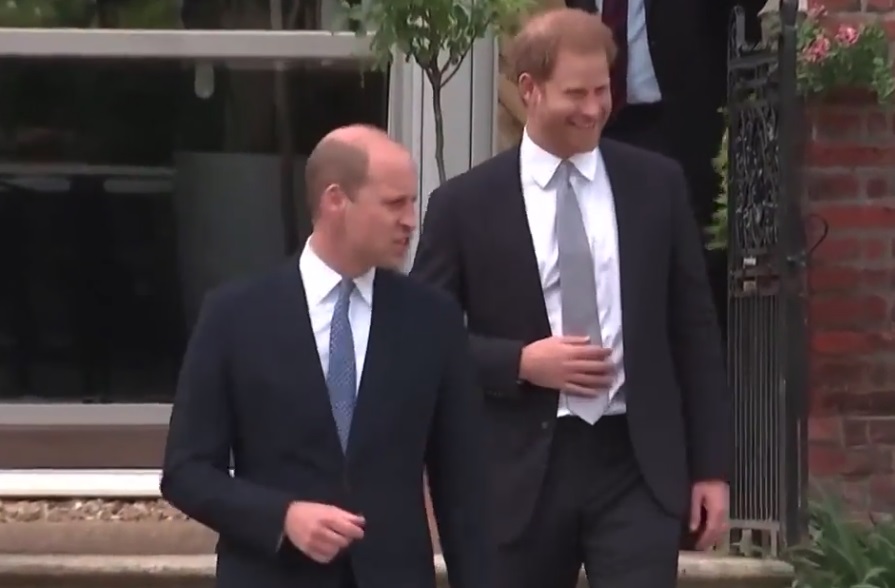 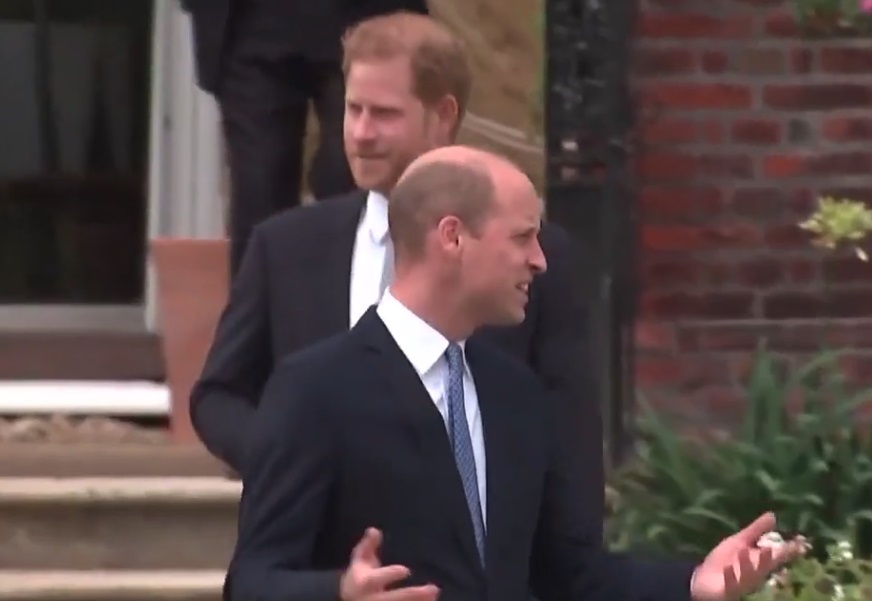 Analysing the footage of the brothers, lip reader John Cassidy says they set aside their feud and bonded over the touching Diana tribute.

As they walked down the steps out of Kensington Palace, Prince William turned to his brother and gushed over the garden – which is where Prince Harry and Meghan Markle announced their engagement in 2017.

Although it's not clear what Prince Harry said in response, the Duke did give royal fans waiting outside the Palace a quick wave. 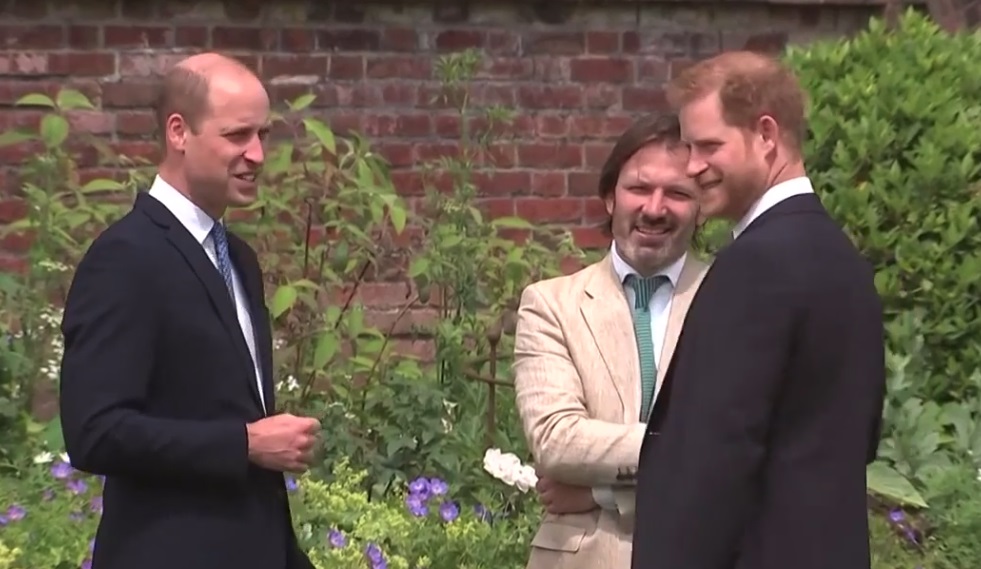 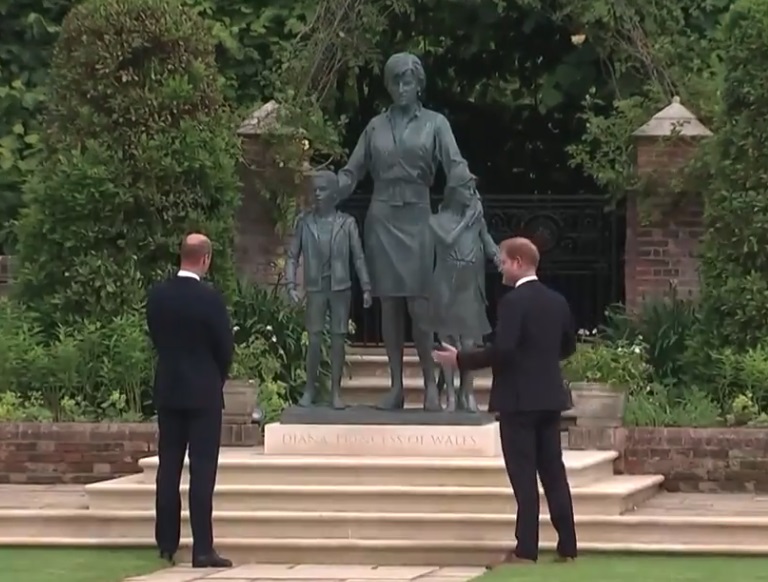 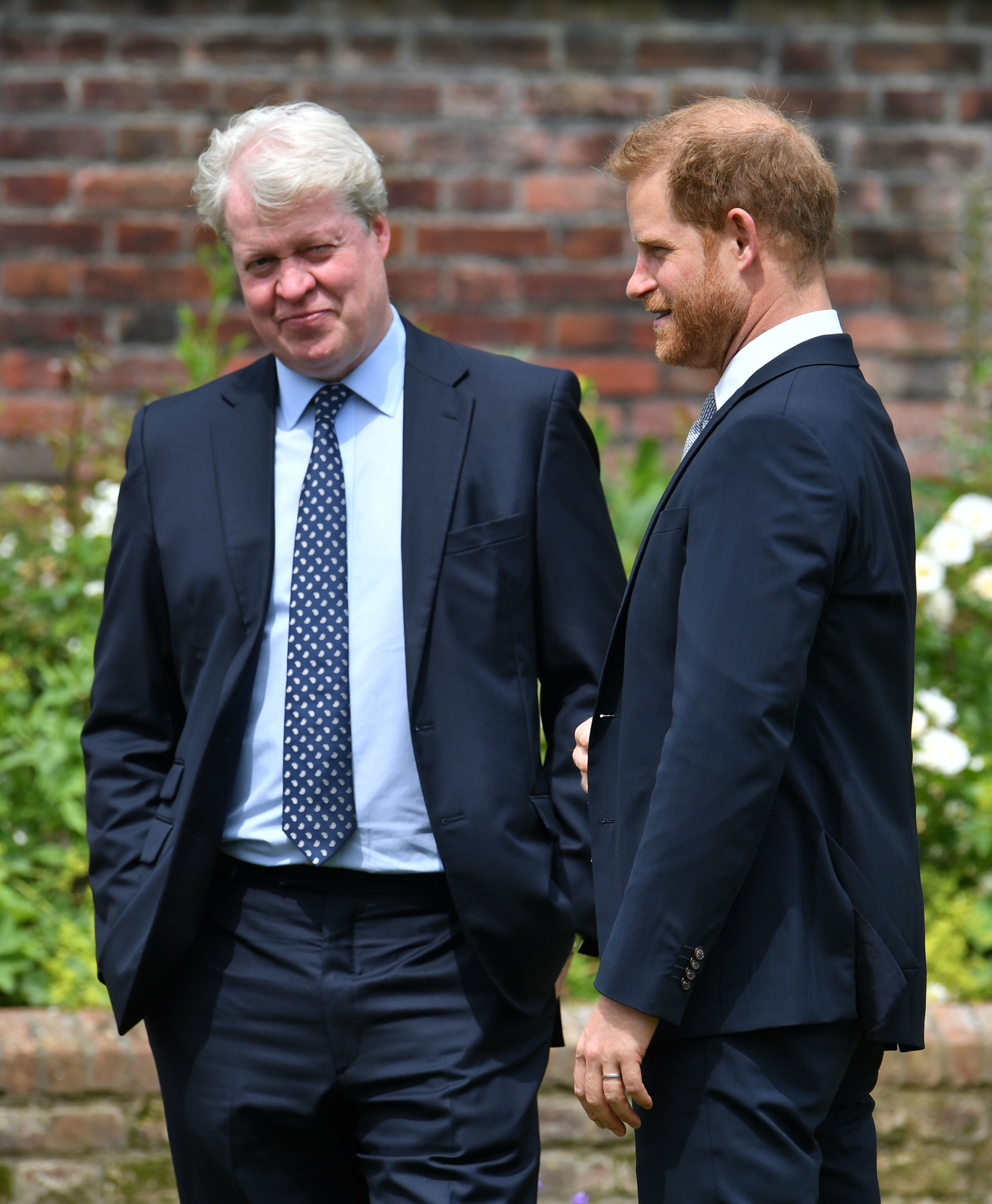 Once the stunning statue was unveiled, the lip reader claims the brothers' uncle Earl Spencer said to Prince William: "That’s how she would have wanted it."

In a statement, the brothers poignantly said: "Every day, we wish she were still with us, and our hope is that this statue will be seen forever as a symbol of her life and her legacy.”

What's more, body language expert Judi James told Fabulous that Prince Harry and Prince William prioritised "their roles as Diana's sons over their roles as brothers" this afternoon – but claims their smiles were "overworked".

She explained: "Emerging side-by-side their smiles did appear slightly over-worked at first but one very telling trait was how their body language was mirrored.

"This kind of mimicry suggests strong subliminal bonds, hinting that old ties still bind them despite their current rifts. 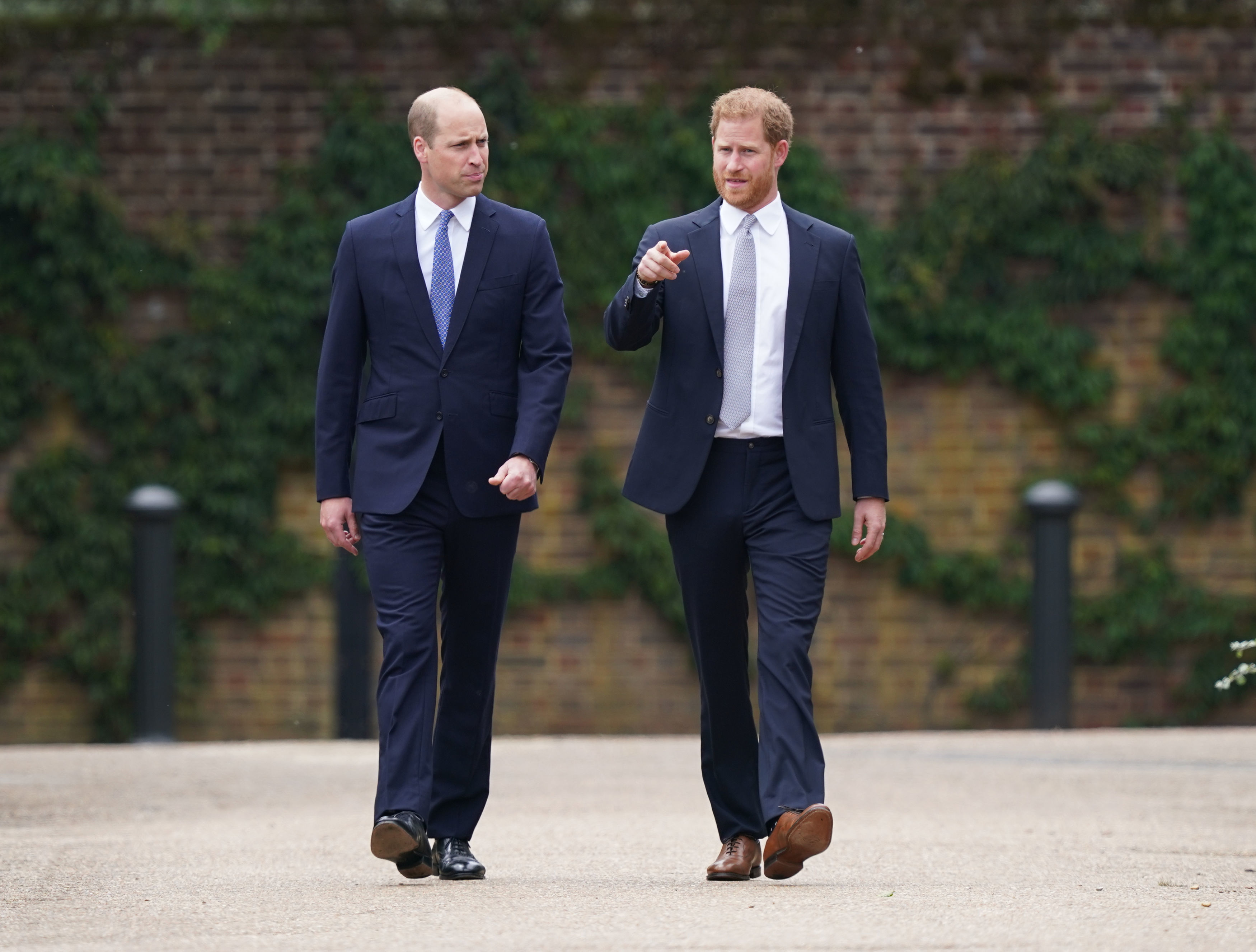 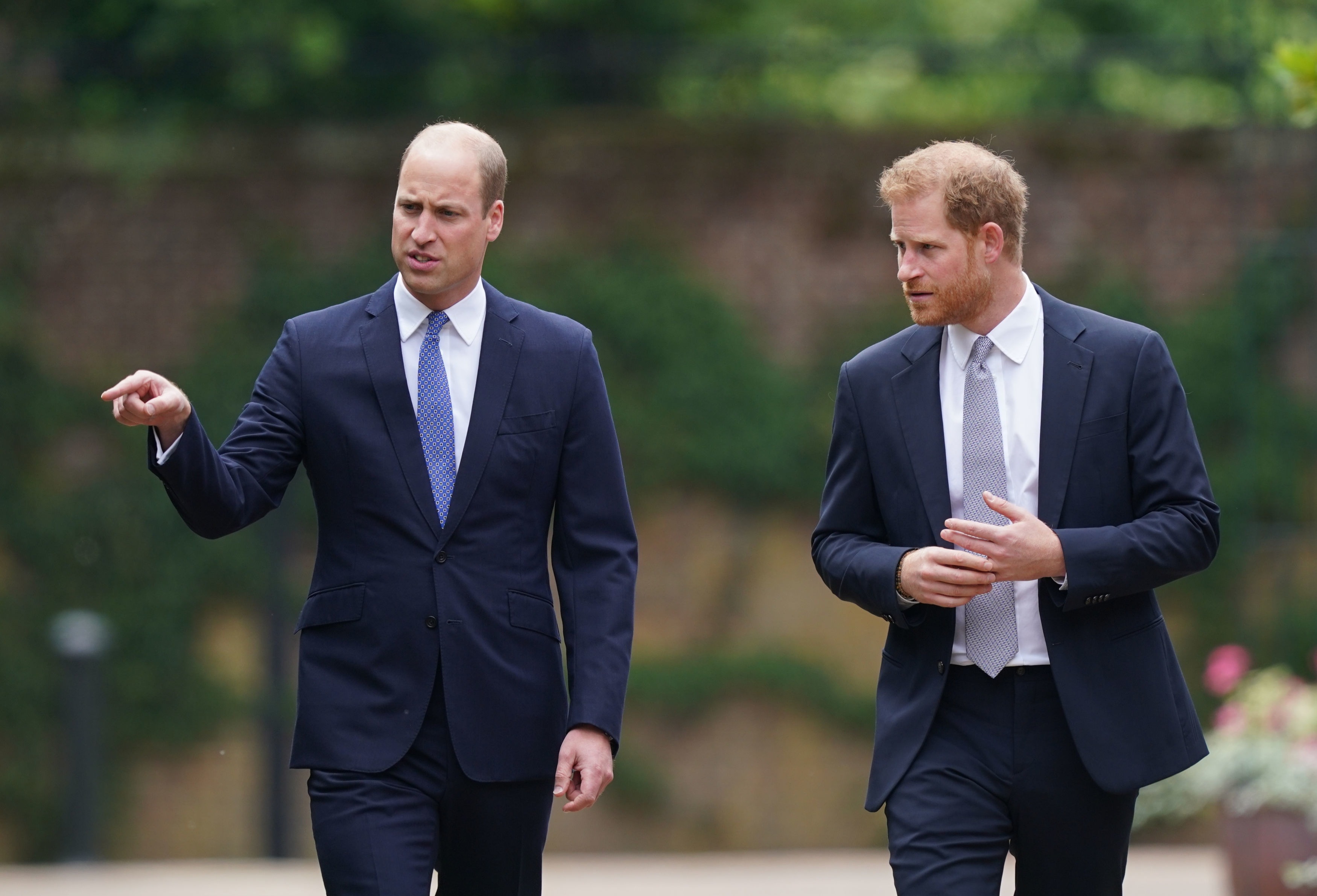 But the expert highlighted how Prince Harry repeatedly reached for his wedding ring as he walked alongside his brother in the grounds of his old home.

Analysing the brother's interaction, Judi said: "Harry’s hand reached to touch his wedding ring, which is a self-comfort gesture suggesting some inner tension.

"Although it also hinted how much he sees his family as a source of support."

Despite today's ceremony marking the culmination of years of work, it's understood the pair are barely speaking, while their relationship is "incredibly strained".

Plus Diana statue is ‘trigger’ to reunite William & Harry & if ‘this poignant day doesn’t do it, nothing will’, say experts.

And Prince Harry battled ‘inner tension’ at Diana statue unveiling with one sign giving it away, claims body language expert.