Some stars flourish in a single talent, and others shoot their shot far and beyond their comfort zone. The Marvelous Mrs. Maisel star, Rachel Brosnahan, is surely doing the latter since officially becoming the new face of late aunt Kate Spade’s Frances Valentine label. Not to mention, she plans on honoring the memory of the handbag designer in a big way.

If the brand name sounds unfamiliar to you, that’s because Frances Valentine is still fairly new, as it was only launched by Spade three years ago with her husband. Now, Brosnahan is making moves to ensure the business and its core values remain in the hands of those closest to Spade.

People reports that Brosnahan was moved by the way fans showed their support for the family after the passing of Spade and felt that taking on this new role in fashion was the best way to maintain the designer’s creative eye in fashion.

"When you lose someone you love, you search for boundless ways to keep their memory alive." She told People. "This felt like a way to do that through her beautiful creations and an opportunity to share them with all of those who her work meant so much to." 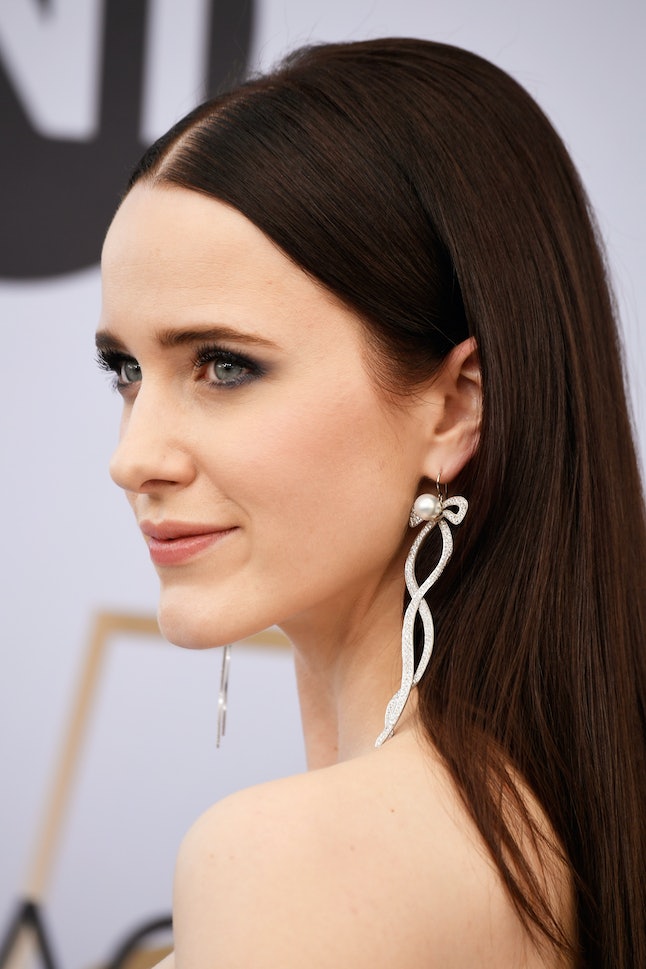 Although Brosnahan has had her fair share of recognition as an award-winning actor, she’s had her claws in the Frances Valentine brand since its inception. Elyce Arons, CEO of Frances Valentine and college friend of Spade, told People that Brosnahan had always had a close-knit relationship with Spade, so naturally, it was a no brainer to put Brosnahan’s touch on the brand’s upcoming spring campaign.

The campaign honors the memory of the late designer with a lot of Kate Spade faves. All throughout, it features bright and colorful hues that Spade was known for in her designs, while the actual photoshoot for the campaign was shot in the Frances Valentine showroom in New York with a view of Bryant Park. A personal favorite place of the late designer.

When it came time for Brosnahan’s role to come into play, the actor-turned model threw up her hair in a messy bun, serving the camera 60’s vintage vibes in bright colors and bold patterns, similar to Spade’s personal style. Essentially, Brosnahan fully captures and embodies the resemblance of Spade for this tribute campaign.

The campaign photos also show the actor sitting gracefully while modeling a vibrant yellow Frances Valentine handbag, who Arons says Spade named after Brosnahan’s character, "Midge", in the show prior to the designer’s untimely death. 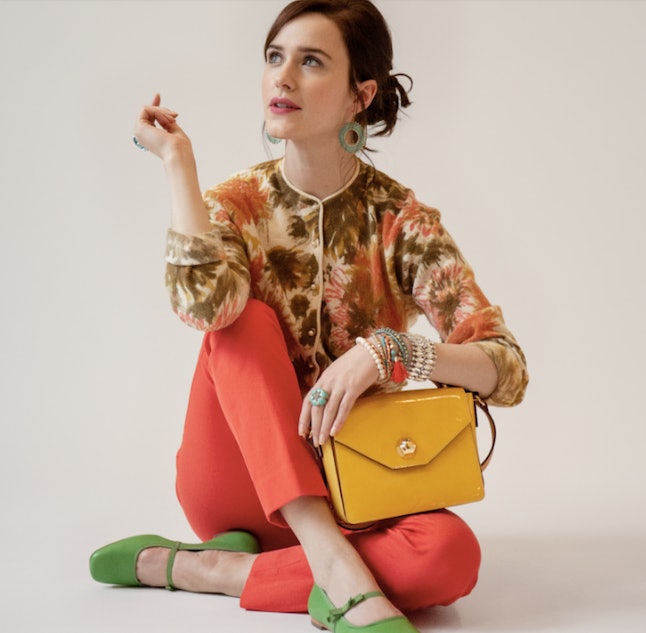 The Marvelous Mrs. Maisel actor takes pride in these photos and the overall campaign (it so clearly shows), making this not only a reflection of Spade’s resume of work and creativity, but also of the actor’s chipper and whimsical character on the show.

While fans of Kate Spade continue to be supportive of one of the most prominent fashion houses in history, Brosnahan is doing her own due diligence to make sure the designer’s memory (and creative style) never fades.