Robert Graham is partnering with UFC fighter Dustin Poirier on two special-edition pieces in advance of his lightweight match against Conor McGregor in Abu Dhabi on Jan. 23.

The graphic T-shirt and tie headband, which retail for $98 and $34, respectively, are intended to raise awareness of Poirier’s charity, The Good Fight Foundation. A percentage of the proceeds from the sale of the products will be donated to the nonprofit organization, which was founded by the boxer and his wife, Jolie, to give back to local communities. The Robert Graham x the Good Fight product will be available to purchase starting today on the Robert Graham website and in its retail stores.

“Robert Graham is proud to support the kind of athlete he represents — a hard-working fighter with integrity, and his commitment to aligning athletes and superfans alike via charitable causes,” said Andrew Berg, president of Robert Graham.

The headband features a front-and-center diamond emblem, which is a reference to Poirier’s nickname, The Diamond, and includes Robert Graham’s mission statement: knowledge, wisdom, truth. The T-shirt shows an image of hanging boxing gloves in a colorful, Robert Graham-style print. 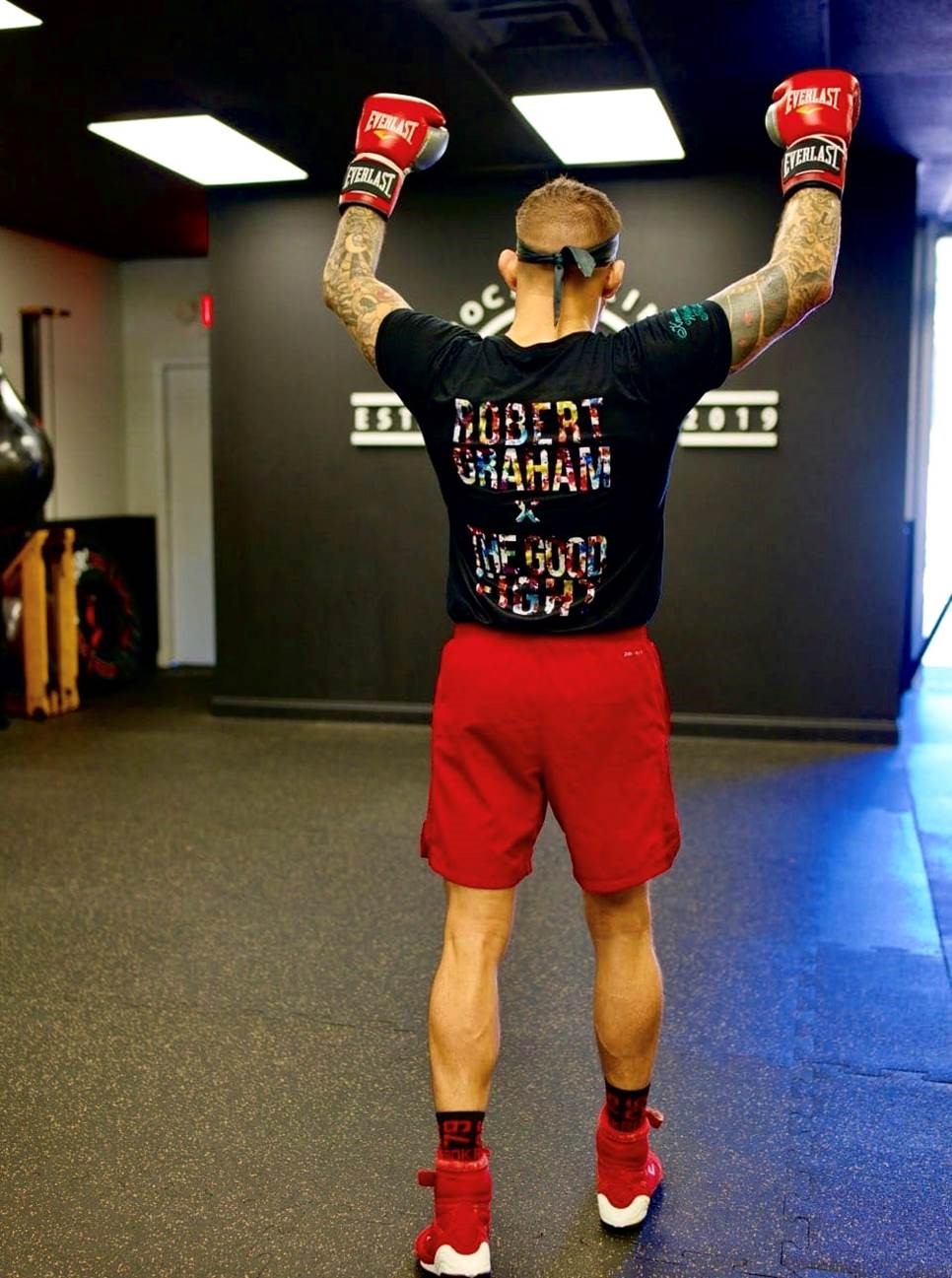 The graphic T-shirt has a patterned back.

“I am a fighter. It’s what I do. Now I want to fight the good fight — for those who can’t,” Poirier said. “I have created a platform for fellow athletes and fans to join together, fight for underserved communities and answer the call of those in need. I partnered with Robert Graham, one of my wife’s and my favorite brands for color and personality, to raise awareness for The Good Fight Foundation, a charity I started to help local community and underserved populations. I challenge my fellow fighters, the UFC community, friends, family and superfans alike to sport this T-shirt and headband and fight the good fight with me.”