BUDGETING can be tricky when it comes to making sure you have enough cash to buy food, pay for bills and still have a little extra in the bank at the end of the month.

Which is mum-of-two Gillian Louise Smith came up with a savvy way to make sure she didn't fall short. 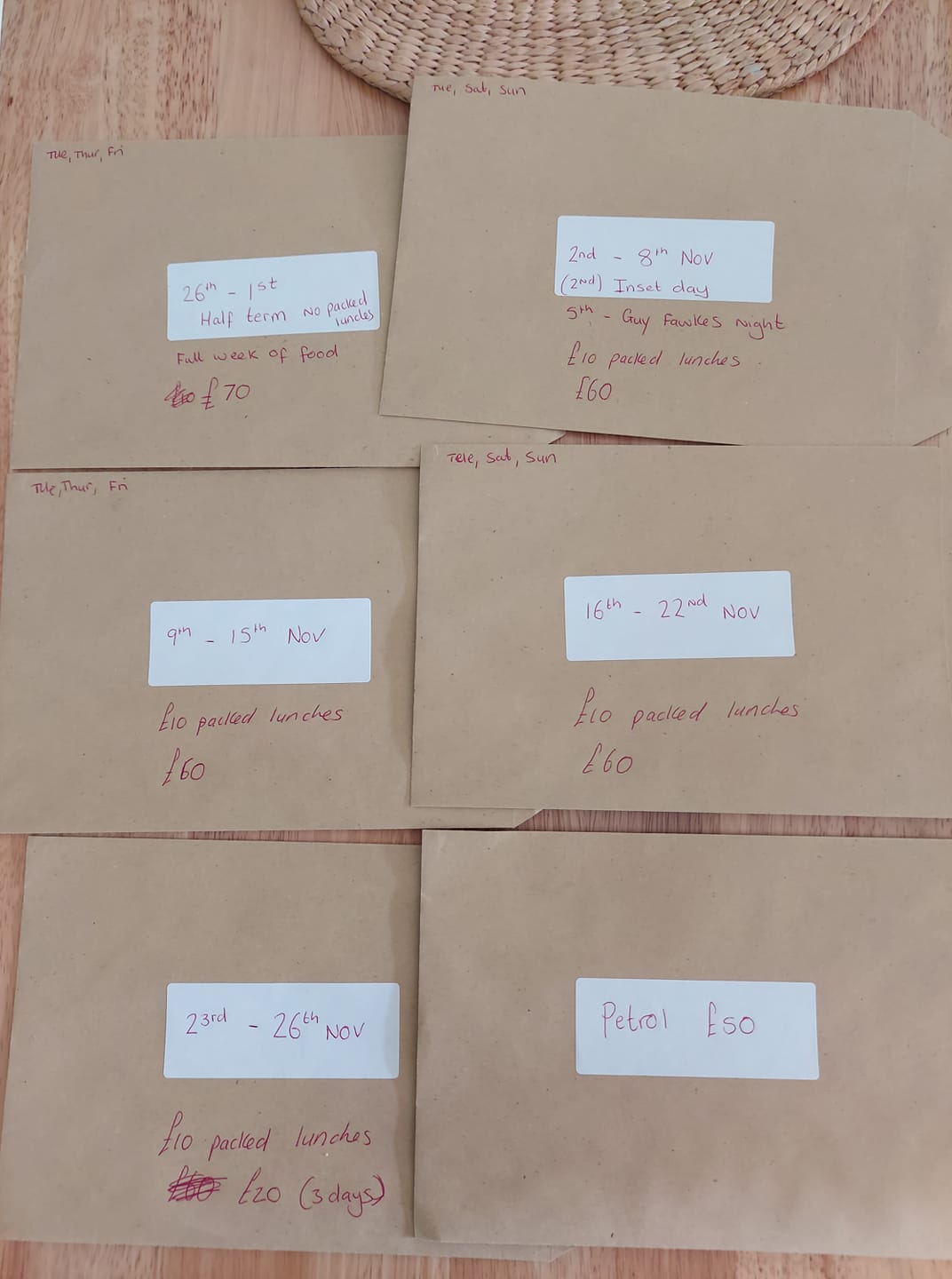 Rather than using multiple bank accounts, the savvy mum decided to use a clever envelope system where she'll store enough cash for various expenses throughout the week.

For the most part, her system works best with groceries, and she'll plan out her family meals and put the correct amount of cash she'll need inside- which is usually £60 weekly.

To help stick to her budget, Gemma said she'll only shop at Aldi which she finds much cheaper than other supermarkets such as Asda.

I got fed up with being skint at the end of every month. So I have gone old school and got the envelopes out.

"I got fed up with being skint at the end of every month. So I have gone old school and got the envelopes out.

"I shop for 4 people (2 x adults and 2 x kids) and cook from scratch and get my shopping at Aldi. It can be done! for those xtra weeks where there is something happening I just add cash into it."

Explaining the method, she revealed that she will sit down and plan out every meal for the week before doing her shop each Monday.

"Sounds hard work but when you get into the swing of things its pretty easy," she said.

"I only shop at Aldi, and go to Tesco if I cant find something. I find Asda etc really expensive compared to Aldi/Lidl."

She also revealed she has envelopes with cash for cleaning bits, including washing liquid, and petrol, but doesn't include toiletries or alcohol in her weekly food amount.

Many loved the idea so much and swore by the simple method, saying they too budget the same way.

"I do this, makes me not use it because I write what it’s for and I don’t want to spend it then," one person wrote.

And another said: "I’ve used a envelope budgeting system since 2016 for every single bill and item I buy, I’m still skint but my kids have everything the need and all bills current so it deffo works."

Many others were impressed by the idea and vowed to try it themselves.

One person penned: "I have been thinking about doing this. I am always going to the shops to get this and that and end up way over my budget. I could cry the money I have wasted. I am going to do this."

While another wrote: "I think I need to do this, I'm spending a fortune… What a great idea."

In other news, mum shares pocket money chart for her kids which takes AWAY money when they’re messy & people reckon she’s being tight.

Meanwhile, mums are sharing their HUGE daily schedules – but others reckon they’ve got too much time on their hands.

Plus a busy mum-of-four shares her VERY organised meal-prep system which helps her plan food for six weeks.