Once Green Book was awarded Best Picture Opens a New Window. at the 91st annual Academy Awards Opens a New Window. on Sunday, February 24, stars flocked the Vanity Fair Afterparty which was held at Wallis Annenberg Center for the Performing Arts in Beverly Hills. Attendees joined other celebs to celebrate film’s biggest night of the year with dancing, drinking and some seriously killer fashion.

At this star-studded shindig, we saw lots of attendees in completely new looks. Best Supporting Actress winner Regina King Opens a New Window. changed into a salmon dress with more movement than her structured Oscar de la Renta. And Brie Larson Opens a New Window. wore another sexy number, swapping out her silver dress for a sleek red Celine dress. Embracing that same fiery hue was Game of Thrones’ Emilia Clarke Opens a New Window. , who hit up the afterparty in a shin-length frock with off-the-shoulder poofy sleeves.

But with more stars heading to the after shindigs than went to the ceremony itself, there was also completely new ensembles that we couldn’t help but admire. Renée Zellweger Opens a New Window. , Chrissy Teigen Opens a New Window. and Priyanka Chopra Opens a New Window. made appearances at the Vanity Fair party wearing some seriously gorgeous numbers. While Zellweger stunned in slimming black dress with a slit up the leg, John Legend’s other half took a more daring approach wearing nude number with floral overlays and peach feathers. 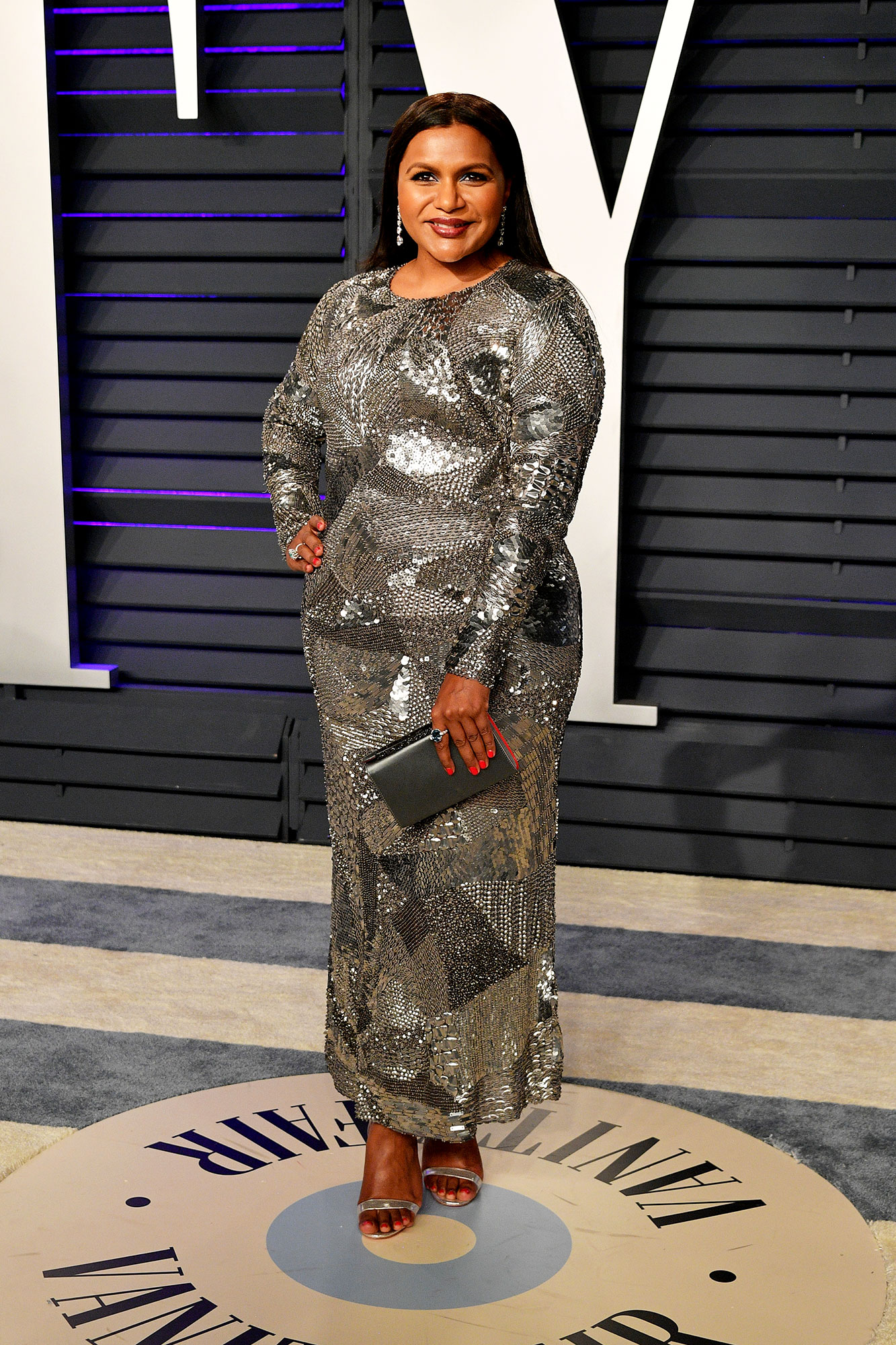 The sitcom writer wore a silver embellished long-sleeve gown that was seriously exquisite. 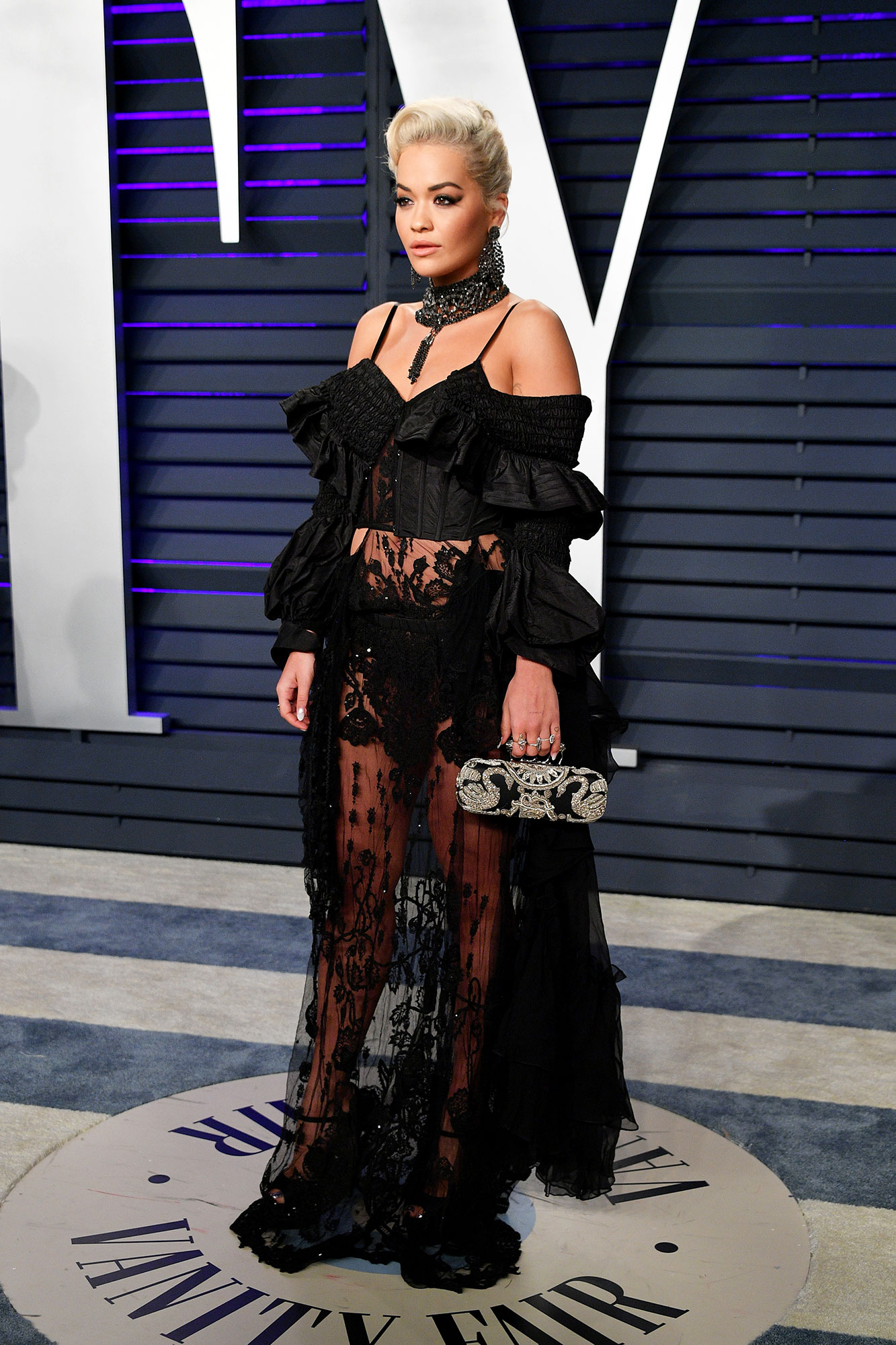 In a completely see-through skirt, the singer sizzled in her lacy sheer Alexander McQueen. 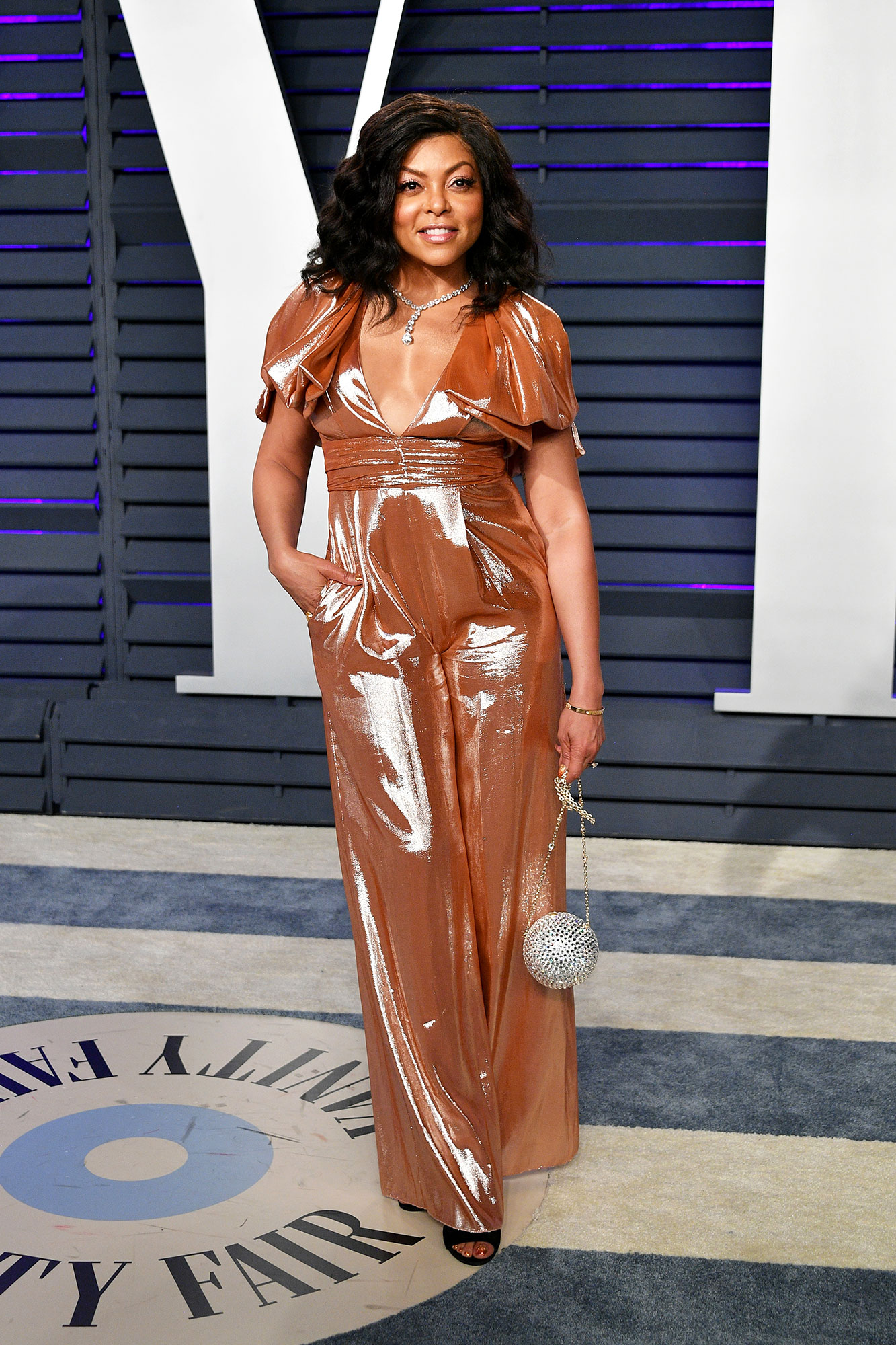 The actress wore a peach lamé jumpsuit that she accessorized with a beautiful diamond necklace and sparkly handbag. 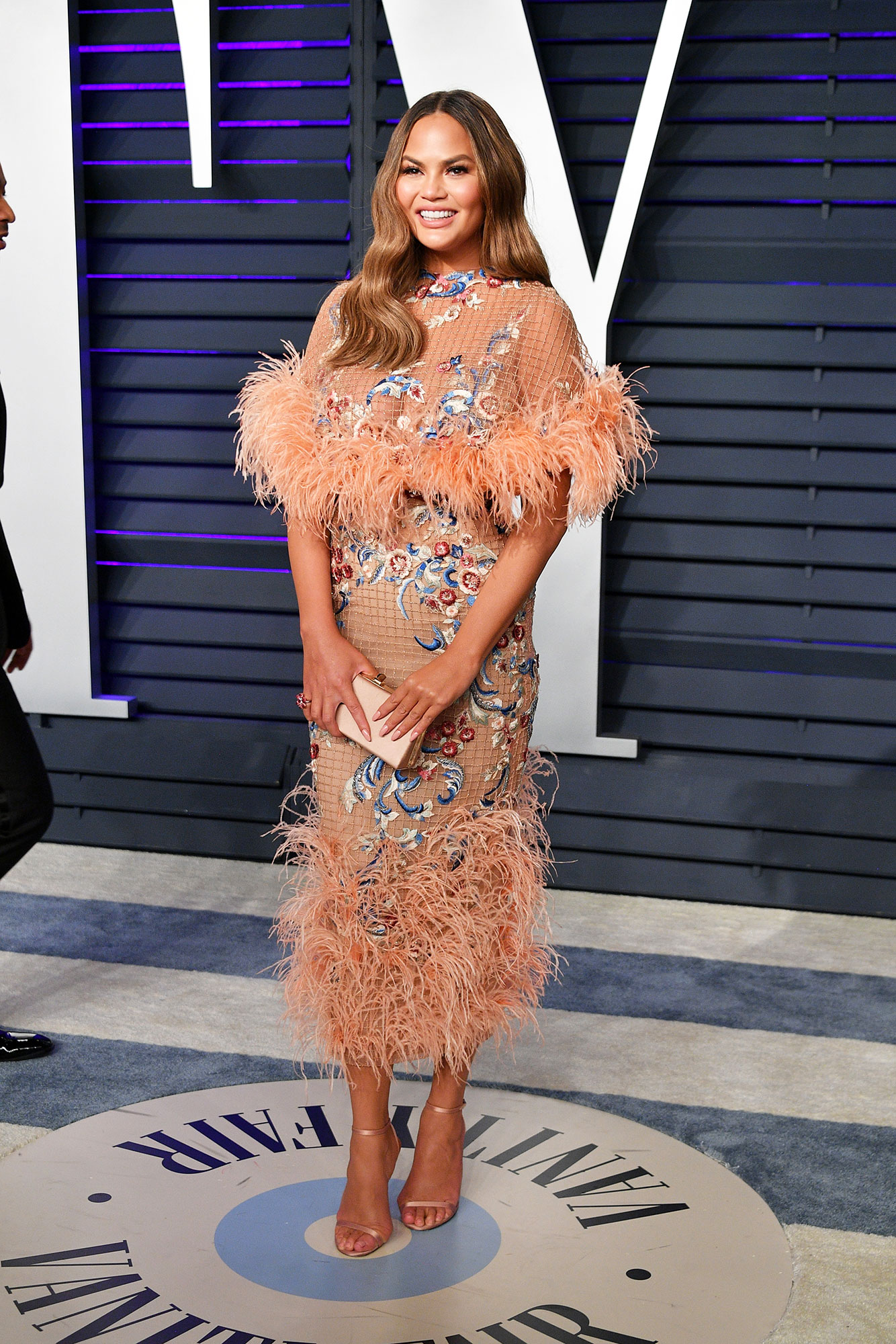 Wearing a Marchesa with floral overlays and peach feathers, John Legend’s other half slayed it at the afterparty. 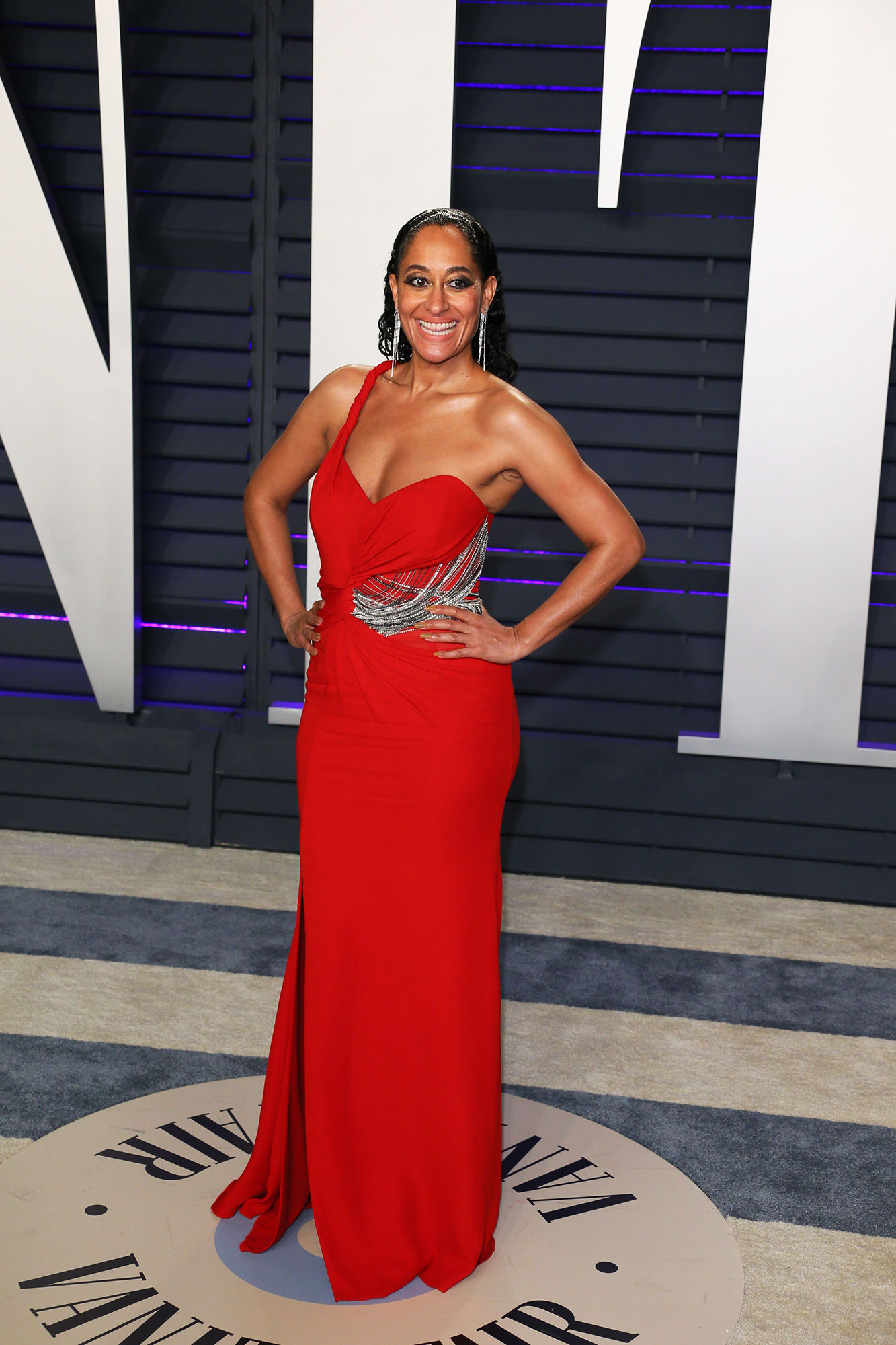 Wearing a scarlet Atelier Versace, the actress hit the Vanity Fair party with her mom and music legend Diana Ross.