Yes, Serena Williams wore a one-legged catsuit while competing in her first match at the Australian Open! Her bold look was inspired by the late Flo-Jo — the legendary Olympic sprinter, who was known for her one-legged flashy styles on the track!

Serena Williams stepped out in style at the Australian Open on Sunday, February 7! For her first match, in which she defeated Germany’s Laura Siegemund (6-1 6-1), Serena, 39, debuted her latest Nike tennis look — a pink, red and black color-block catsuit with one leg. In an interview after the match, the mother of one said she was inspired by the late track and field icon and 3-time Olympic gold medalist, Flo-Jo (née Florence Delorez Griffith Joyner). 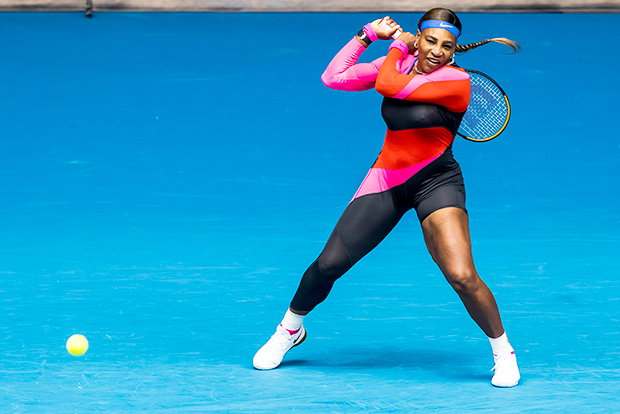 “I was inspired by Flo-Jo, who was a wonderful track athlete, amazing athlete, when I was growing up,” Serena said about the story behind her Australian Open ensemble. “Watching her fashion, just always changing. Her outfits were always amazing,” she recalled.

“The Nike team actually thought of this design of inspiration from Flo-Jo. I was like, ‘Oh, my God, this is so brilliant.’ That’s where we started. Obviously we made some changes and tweaks to it. It became this,” Serena explained. Additionally, the Women’s Tennis Association shared a photo of Serena’s look to their Instagram, with the caption, “New year, new fit.”

Flo-Jo — who died in 1998, at age 38 as the result of an epileptic seizure — was known for her flashy one-legged looks. She quickly became a pop culture icon in the ’80s and ’90s through her flashy track attire, which eventually led to endorsement deals, acting offers, and design opportunities. 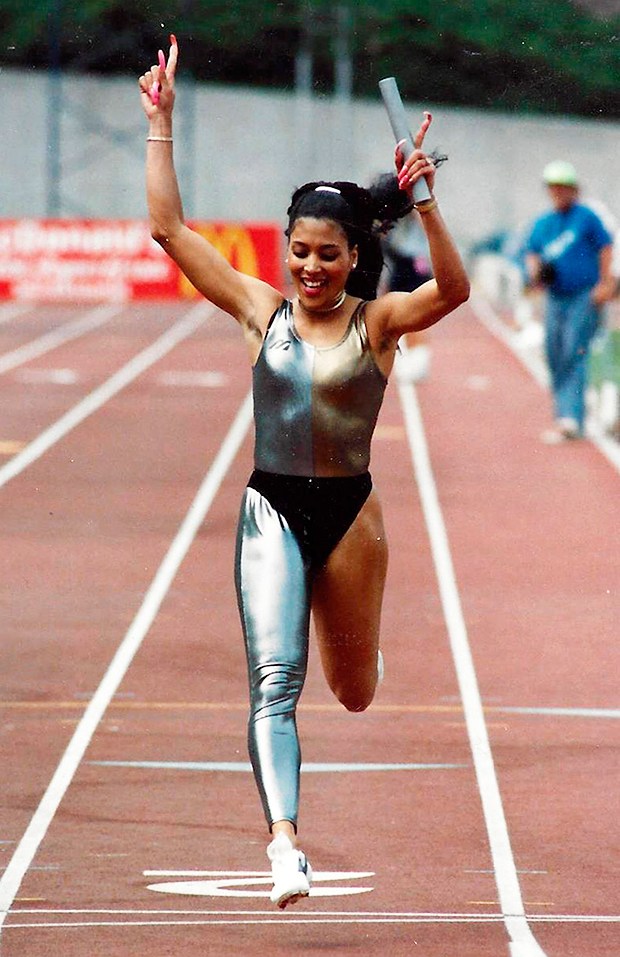 It was in the late 1980s when Flo-Jo began wearing running suits with the right leg covered in tight material, and the left leg bare. At the time, many referred to the sultry style as the “one-legger.” Nearly all of Flo-Jo’s suits included bright neon colors. Others featured embellished designs and other unique details. Additionally, she was known for her long vibrant nails, which really turned heads at the 1988 Olympic trials when she showed up with a tiger-stripe manicure. She later switched her polish to honor the U.S. at the Olympic Games, and rocked red, white, blue and gold nails.

Back to the 2021 Australian Open — let us note that this is only Round 1 of the annual event, which means Serena has plenty more on-court looks to unleash. Not to mention, her sister Venus Williams is also competing in style in Melbourne. Shortly after Serena debuted her one-legged catsuit, her older sister, 40, powered past Belgium’s Kirsten Flipkens (7-5 6-2) in a bright blue zebra-print top.