When it comes to pop culture icons who earned their status thanks to their fashion sense, no one stands out as much as Sex and the City‘s Carrie Bradshaw. The show’s every girl was a style fiend, and now, Sarah Jessica Parker’s Fendi campaign is relaunching an iconic products via the actor’s famously fashionable character.

Some time has passed since fans of Sex and the City were last graced with the presence of Carrie Bradshaw on screen. The New York based writer and fashion lover made her last appearance in Sex and the City 2 which premiered almost 9 years ago back in the summer of 2010. That hasn’t stopped Parker’s character from continuing her reign as one of Hollywood’s most fashion forward icons. In fast, just last week on RuPaul‘s Drag Race Allstars, the queens competed in a challenge where they had to embody both the characters from Sex and the City and their actors. Despite the women of the show no longer being on airwaves or in theaters, their impact remains, and SJP’s Fendi campaign proves it.

The new video is for Fendi’s iconic baguette which originally launched back in 1997 according to Harper’s Bazaar, and actually appeared on Sex and The City. Its popularity spanned from the late 90s to the early 00s, so what better way to celebrate its revival than with a campaign not just starring Sarah Jessica Parker but also with a storyline that could be straight out of the show itself.

The ad begins not with Parker but with a young woman meeting her three friends for brunch. The opening scene is immediately reminiscent of the morning breakfasts of Carrie, Samantha, Charlotte, and Miranda where they’d fill one another in on their lives. In the ad, however, it’s not about a Mister Big or bartender Steve. It’s all about a purple sequin bag from Fendi. 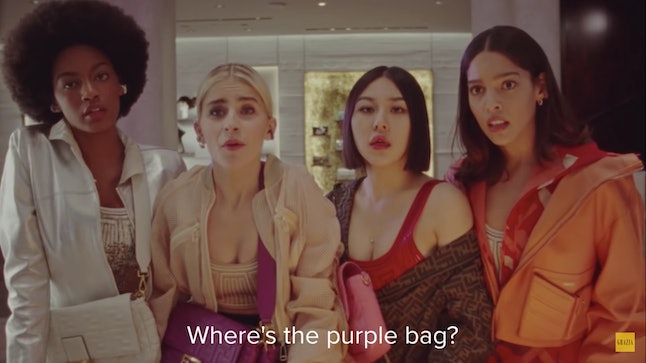 After hearing how much the young woman longs for the Fendi bag, the four friends set out on a mission (covered in Fendi, of course) to find and purchase the bag — Fendi’s iconic baguette. However, upon arrival, they realized that the bag has already sold, and it’s been sold to none other than Carrie Bradshaw, er, Sarah Jessica Parker, herself. 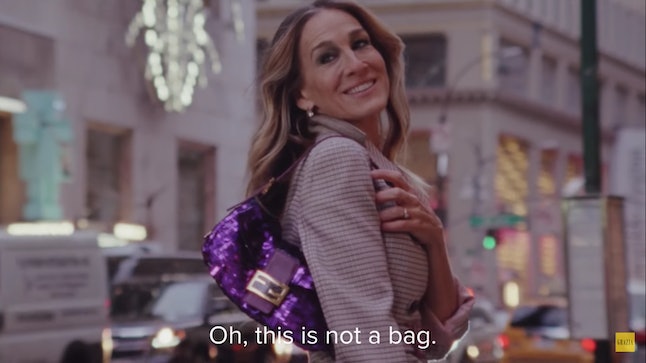 At the end of the video, the woman have tracked down SJP for the bag, but being the fashion connoisseur that she is, she corrects them saying, "Oh, this is not a bag. It’s a baguette," before smiling and walking away. The women certainly don’t seem upset. In fact, the end of the video seems to be insinuating that they recognize Parker, or maybe they recognize Bradshaw. Either way, if you’ve got the same taste as the actor or her famous character, how can you mad? You’ve clearly chosen well.

If you want to shop Fendi’s iconic baguette, be prepared. This is Fendi, after all. The bags currently range in price quite widely. They retail between $2,100 and $6,500. Start saving your pennies now. 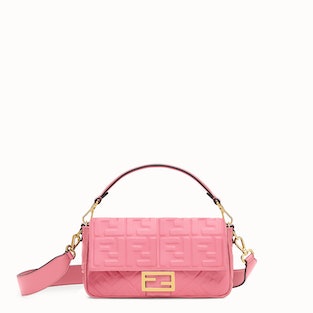 While the Fendi baguette may be a little outside many’s price range, Sex and the City fans can still sit back and appreciate the return of the quintessential New York fashion girl, Carrie Bradshaw.