FOR many people, pets are almost as precious as children. So it came as no surprise to learn that pop star Miley Cyrus was willing to take ex Liam Hemsworth to court over their 15 shared animals.

The showbiz pair, who were married for seven months, have four horses, seven dogs, three cats and a pig.  But Charley Parker and ex-boyfriend Tris Wilmot say that sharing pet custody can work — and in their case has helped them stay friends, too. 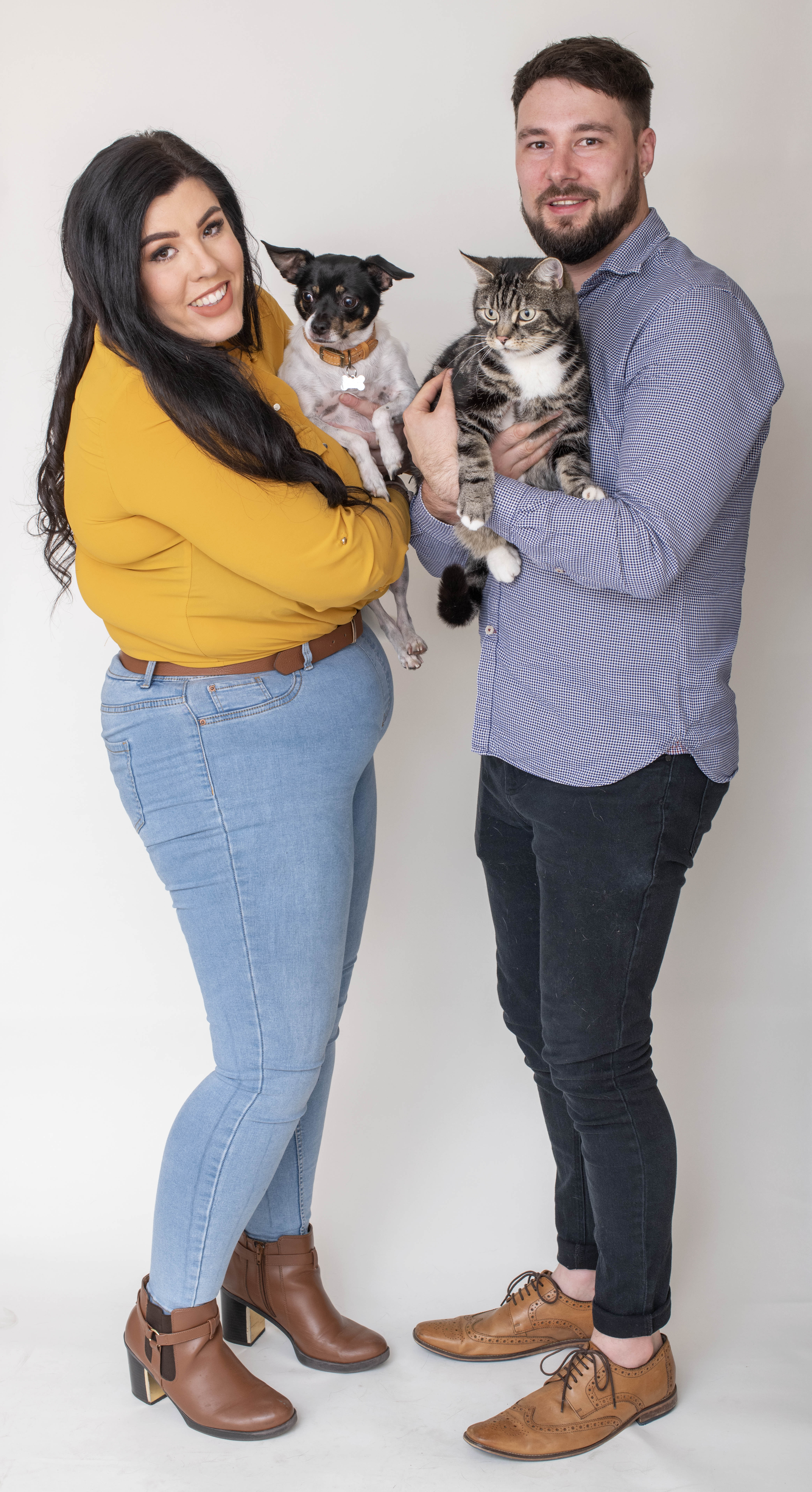 Charley, 27, a small business adviser, has paid £3,000 maintenance to Tris in the past 15 months for dog Luna and cats Albie and Bella. She also looks after Luna three nights a week.

Charley, from Norwich, says: “Like Chris and Miley, we went through a terrible period of not talking and being awkward with each other after breaking up from an eight-year relationship. But our pet custody agreement forced us to work through our issues for our pets.  It’s not about winning or losing, it’s about seeing your pooch or moggy and finding a new way to be friends.”

Charley and Tris, 33, met in 2010 on Facebook and Charley was just 18 when she moved into Tris’s parents’ home four weeks later. Three years on, they got a rented flat and their first pet.

Charley says: “In May 2013 we adopted Albie, our tabby kitten. He was instantly snuggling on our bed and meowing us awake in the morning. He was like a baby. 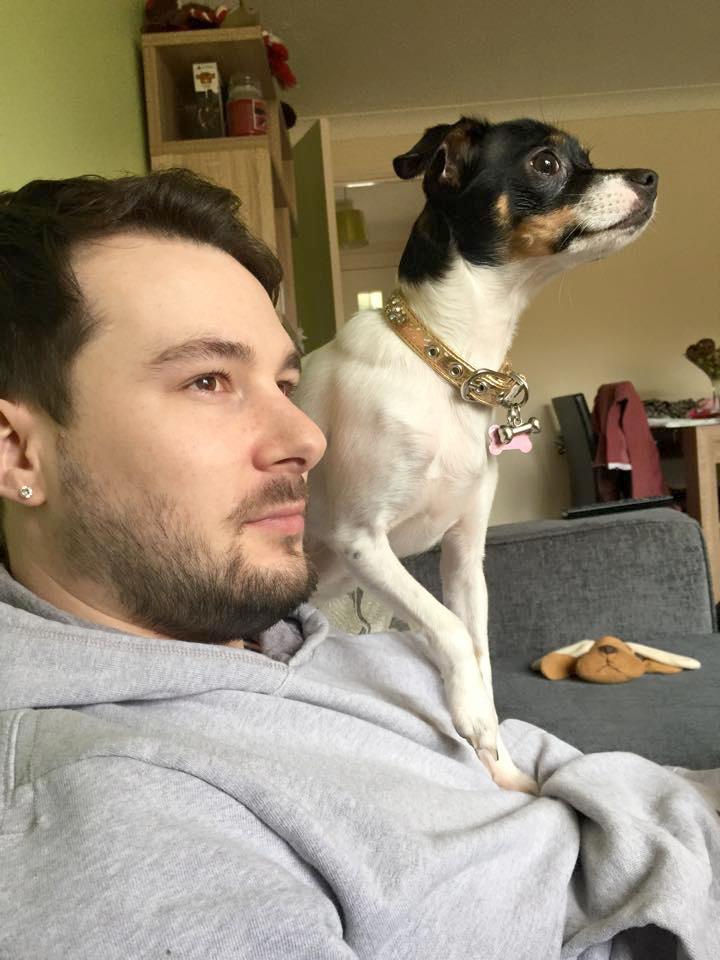 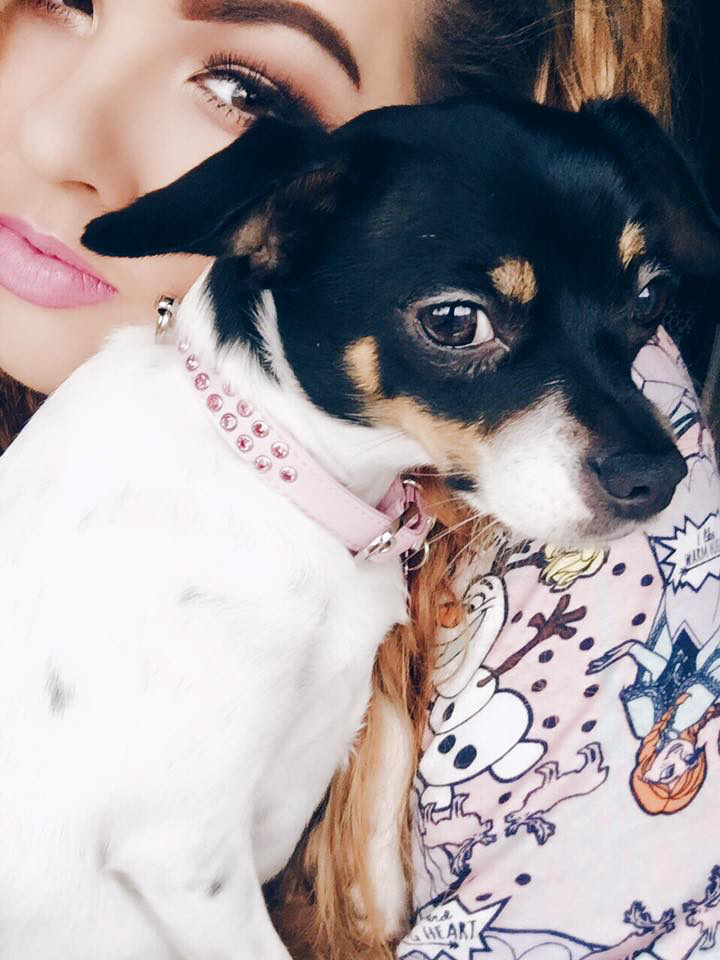 “In July the following year Tris got me Luna, a black and white chihuahua shih tzu mix puppy, for my birthday. I was in love from the moment I saw her. We treated them both as kids and spoiled them with treats and toys and welcomed them on to the sofa every night.”

Charley says: “The three pets would sleep together in a big pile on our bed. Our ‘animal babies’ were our world. We wanted Luna to be part of the wedding party.

“However, as the wedding got closer, I started to get cold feet. The pressure of the looming wedding saw us argue over silly things and in February 2018, a month before the big day, I told Tris I couldn’t marry him.” 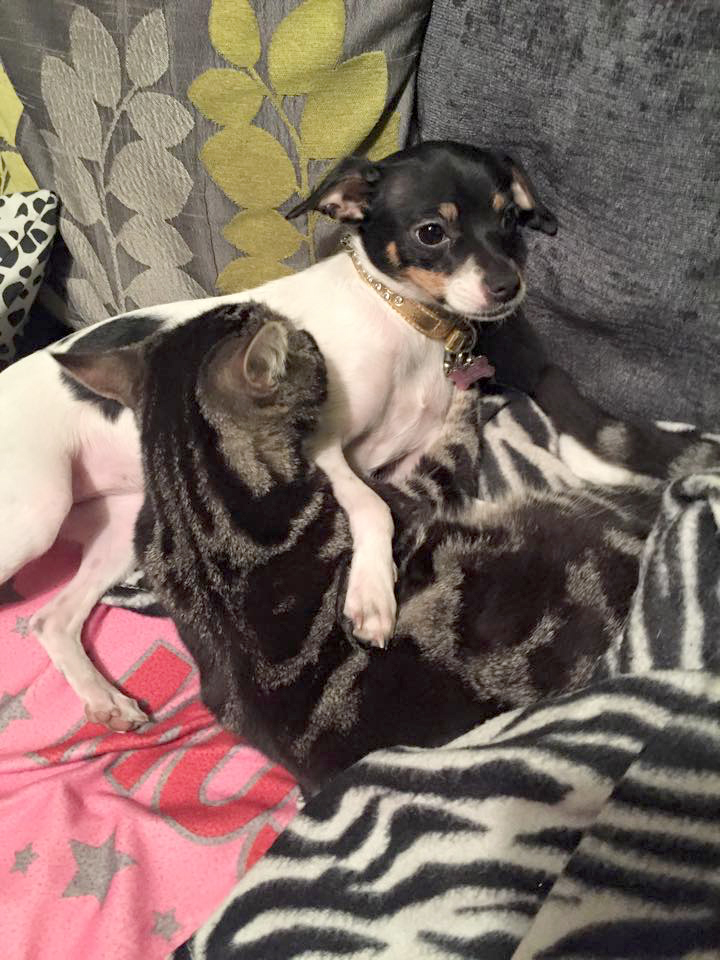 Charley moved into a shared house, but also wanted to take the pets. She says: “Tris was angry with me. It’s a normal reaction to start hating and not wanting to talk to a person when they call time on a relationship.

“I felt confused and was grieving over the end of the relationship. I wanted everything to be easy and it wasn’t, which made me angry.  Battle lines were drawn over our pets. We both wanted custody. We argued and traded nasty texts. I consulted a lawyer to see if I could get Luna because Tris had bought her for me.

“However, I soon realised it would cost thousands and take months. And because we had no proof that Luna had been a gift, she was legally his.  We had no written agreement either and because I’d left the home my chances of seeing the pets were incredibly small.”

Charley’s mum Kathleen Parker stepped in. Charley says: “Over two ‘pet summits’ we agreed that as I was in a shared house, Tris could keep the pets together at his but we would have equal custody. 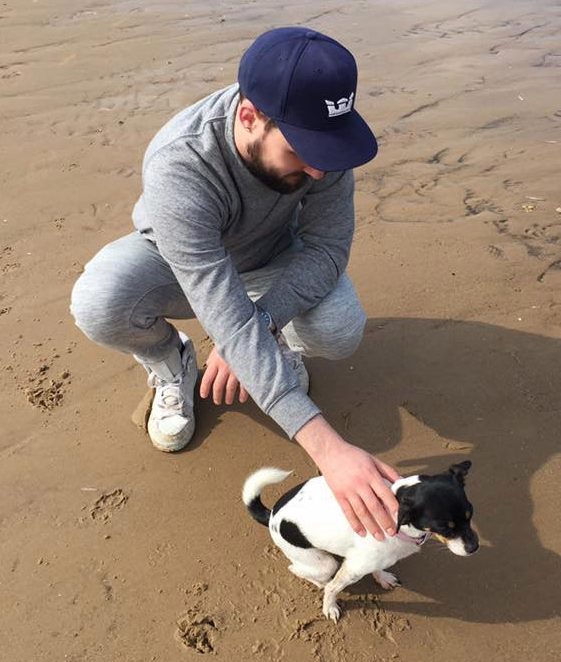 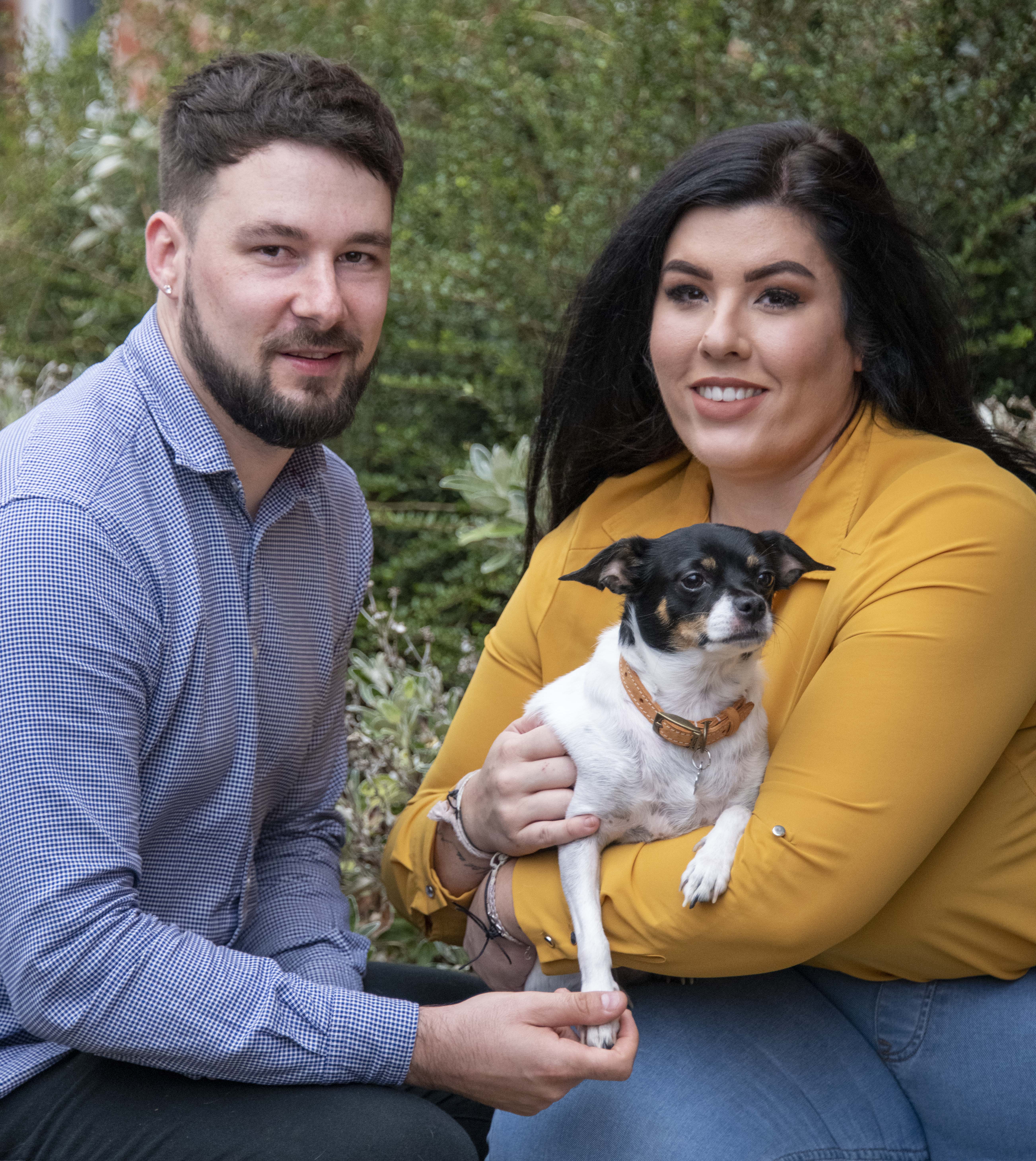 “If I want to see the pets at other times, I call Tris. I also pay pet maintenance, which takes into account vet bills, pet insurance, food and toys. I initially paid £600 a month because my rental costs were lower than Tris’s. It’s now down to £180. I’ve paid £3,000 in total.”

Charley adds: “Having pets meant we are now mates. Our pets have been therapy. We text each other pictures of Luna like proud parents. Men I’ve dated have told me they think it’s weird we have a pet maintenance agreement. Some get jealous I still see Tris but my pets come first.”

Tris, an accountant, says: “When Charley called off the wedding, I was devastated. There were nasty times and when she said she wanted the pets, we both went into war mode. The pet custody agreement really worked.

“They’re together, Charley and I see them all and we’re better friends. We still have a joint bank account for the pets. Some people think we’re bonkers. Girls I’ve dated have been furious that we’re still mates and share custody.  But pets are like children — and we found a solution.”