THIS is the desperate moment a bold biker pulls up next to his ex-girlfriend's wedding car on the way to the chapel and begs her not to marry the man she loves.

The bizarre incident took place in the city of Medellin, in the north-western Colombia, with the man trying to interrupt his former partner’s big day. 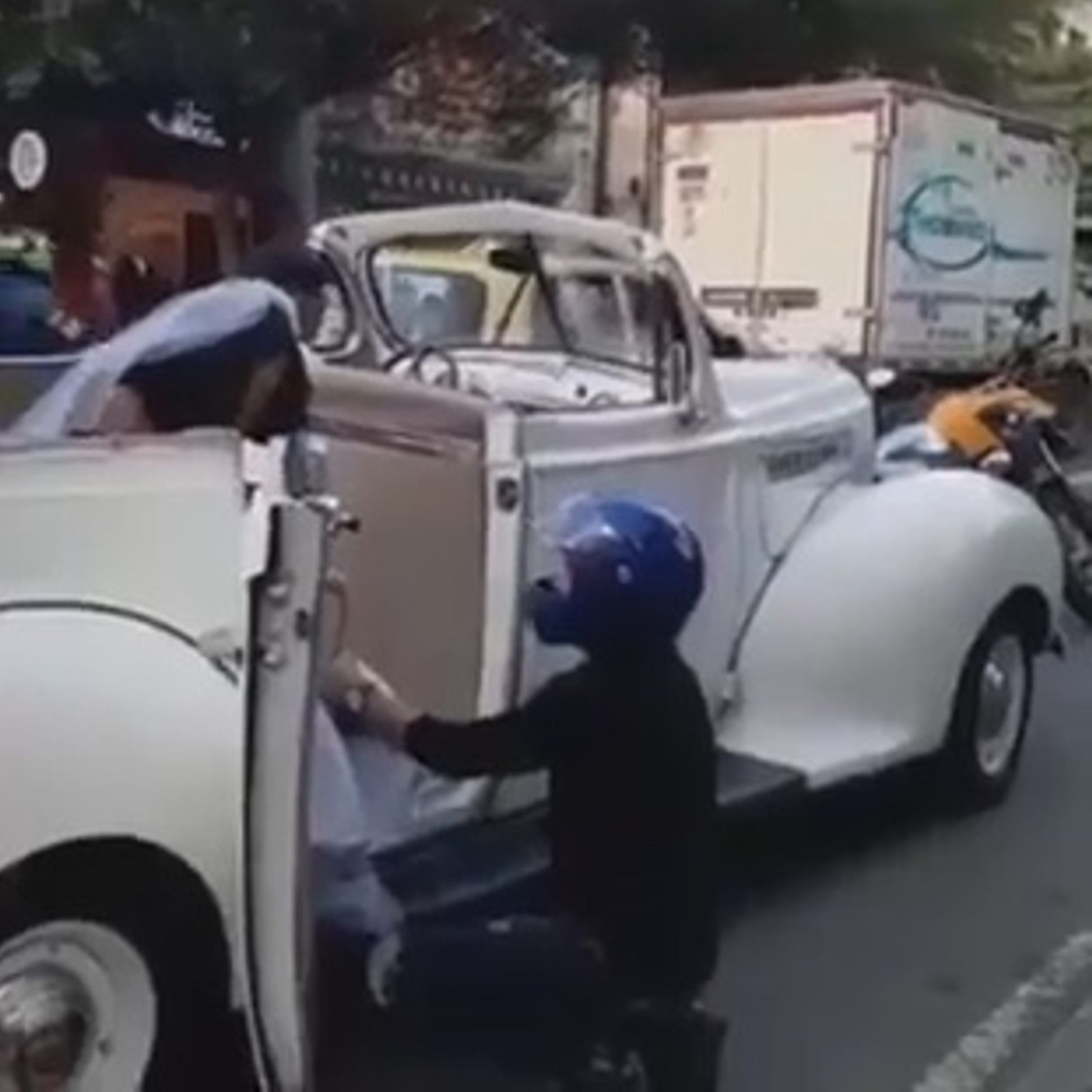 In the video, the biker, still wearing his helmet, can be speaking to the bride-to-be as she sits in her wedding dress in the antique car.

He can be seen on his knees reportedly begging her not to get married and he even tries to kiss her at one point.

However, it seems his “grand gesture” didn’t go down well, as the bride can be seen shoving him away.

Onlookers can be heard saying "don't get married" and others shout "kiss, kiss". 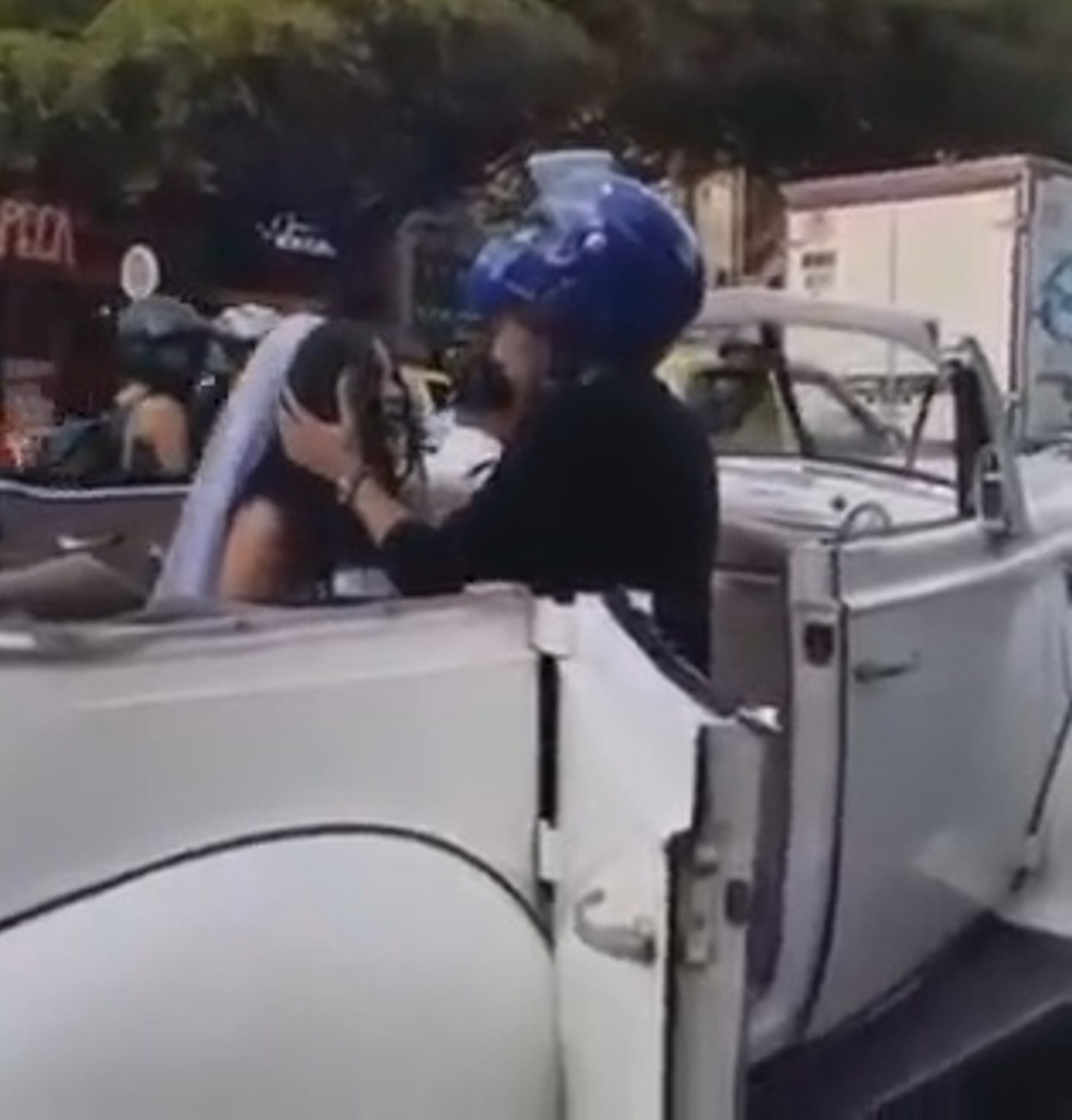 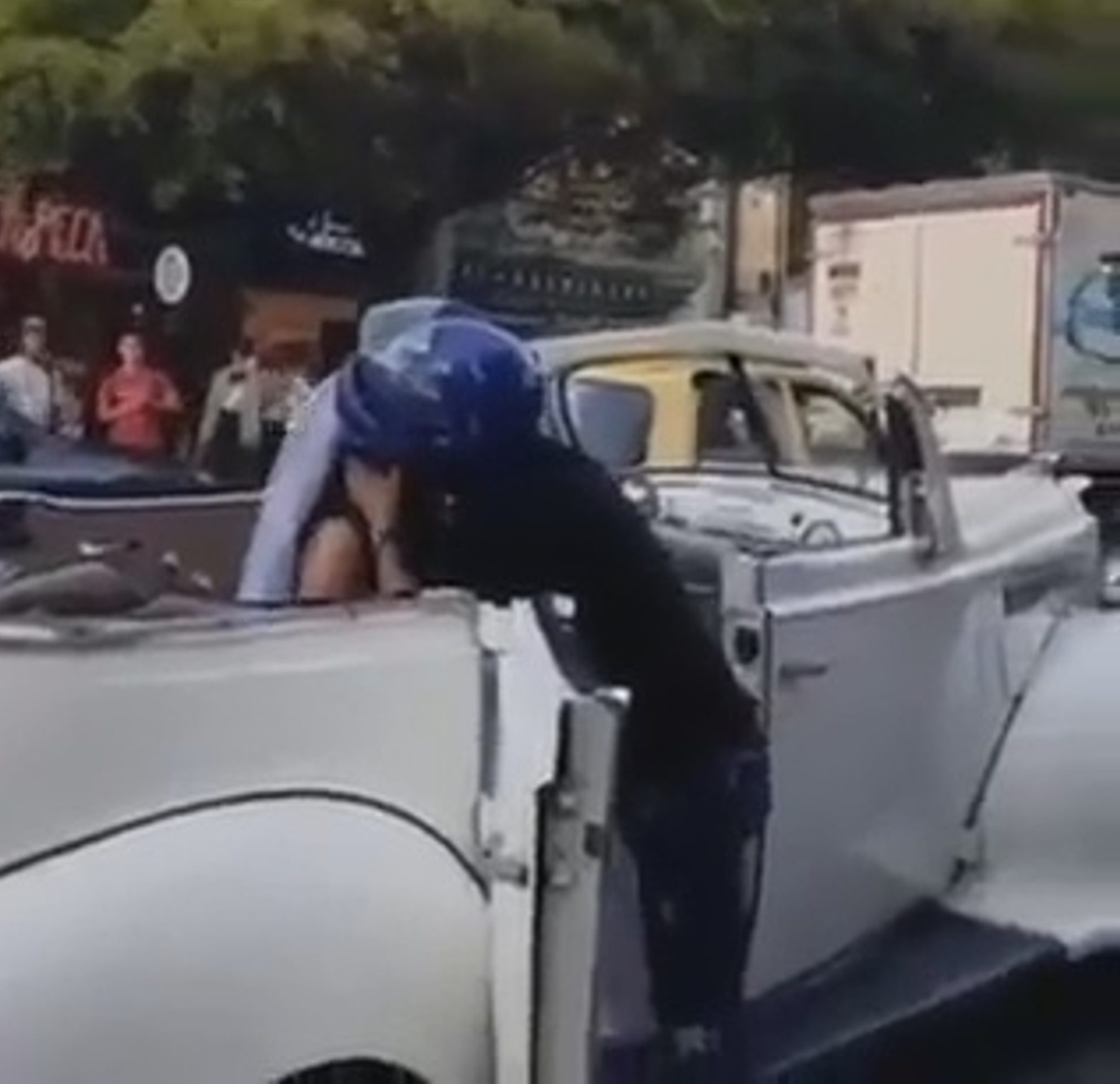 However, local media report the bride left the scene in the car while the heartbroken biker was left alone on his two-wheeler.

Netizens loved the video, with one commenting: "He lost his opportunity when he was with her, now let her marry in peace, sh*t."

And another added: "What a humiliating situation, ridiculous, nobody is forcing anybody to marry, whoever is getting married does it because they want to.

“It is nothing about confusion, everybody is responsible for their choices in life, the woman decided to get married, and this guy is humiliating a woman who does not love him anymore."

Neither the bride nor the biker have been identified in reports. 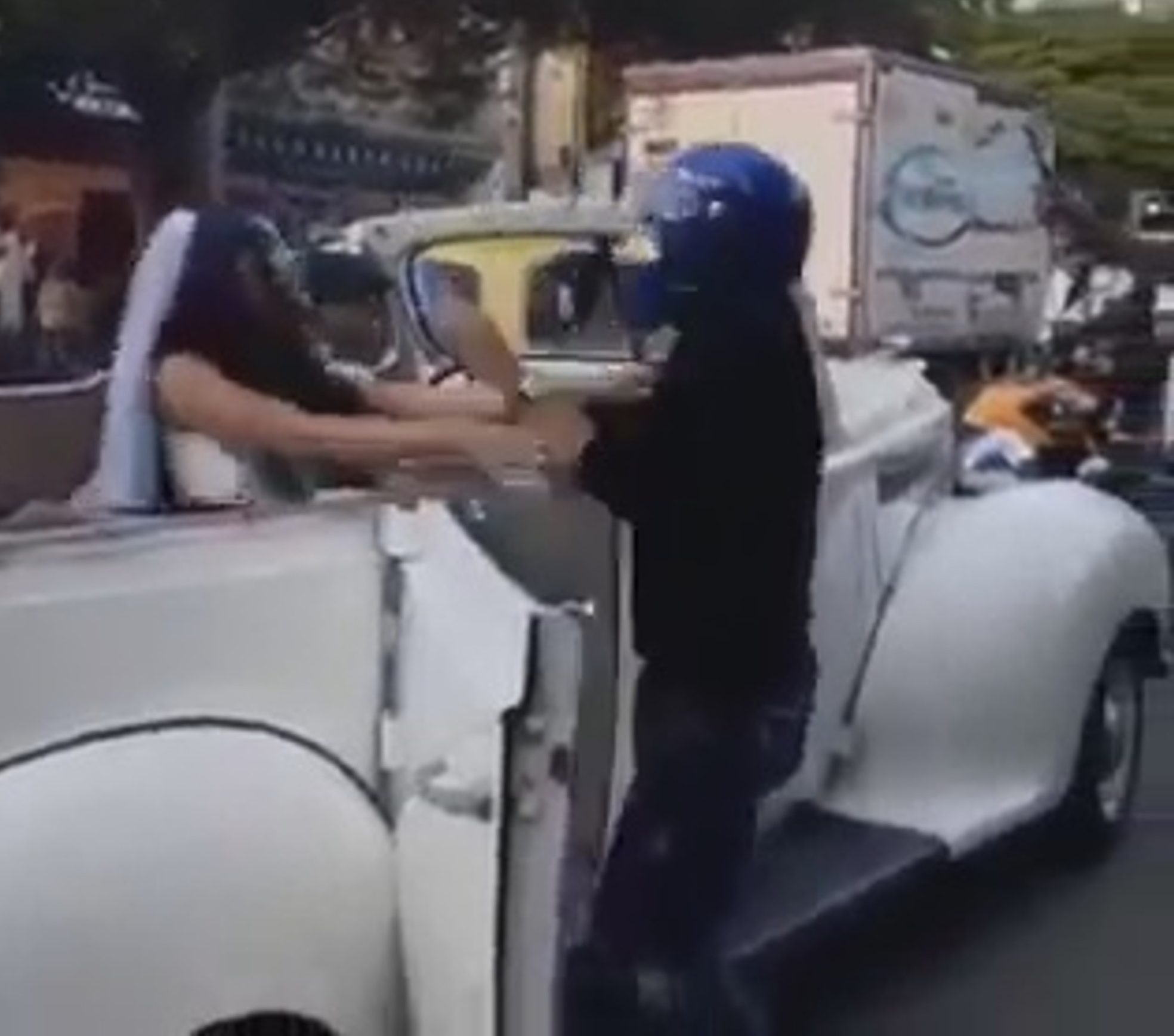 We shared how a jilted bride spent £10k on wedding only to discover ex-fiance ‘secretly pulled plug with days to go having never booked venue’.

Meanwhile, a best man and maid of honour ended up MARRIED after priest makes colossal blunder and lists the bride and groom as witnesses.